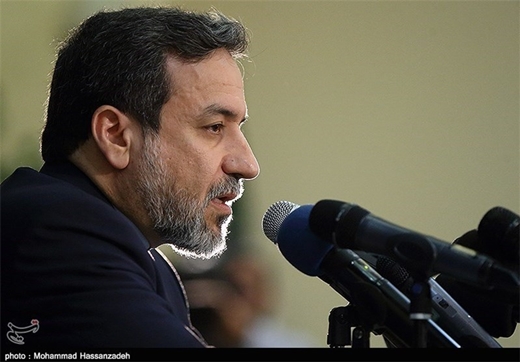 Whenever Iran feels the other side has not honored its commitments, the reversibility of Tehran’s nuclear program will happen immediately, said Araghchi.

Iran’s Deputy Foreign Minister Abbas Araghchi said the country will be able to “immediately” reverse its commitments under a final nuclear deal with world powers if it finds out that the other side has breached commitments under the Joint Comprehensive Plan of Actions (JCPOA).

Iran and P5+1 on July 14 finalized the text of a lasting agreement on Tehran’s nuclear program.

Dubbed JCPOA, the 159-page document has subjected Iran and the six other countries to comply with a series of commitments, resulting in the termination of sanctions on Iran in exchange for certain restrictions on Tehran’s nuclear program during a defined period of time.

According to the UNSC Resolution 2231, all previous UNSC sanctions imposed on Iran over its nuclear program will be terminated when JCPOA takes effect.

The new resolution has also devised a reversibility mechanism in condition that a party complains about a “significant non-performance of commitments under JCPOA”.

The resolution stipulates that once the UNSC receives a notification by a JCPOA participant state about a significant non-performance of commitments, it will have 30 days to vote on a draft resolution to “continue in effect the terminations” of the previous anti-Iran resolutions.

It also notes that if the UNSC does not adopt a resolution to continue in effect the termination of the past anti-Iran sanctions, all of the previous anti-Iran resolutions will be reinstated in the same manner as before.

The so-called “snapback” plan has caused concern for some Iranian critics. They say that even if Iran makes a complaint about breach of the JCPOA commitments by the other parties, again the UNSC will have the authority to adopt a resolution for keeping the Resolution 2231 in place. Otherwise, the previous anti-Iran resolutions will be automatically reinstated.

In response, Araghchi, who was also a senior negotiator in the nuclear talks, told the Tasnim News Agency that JCPOA and the UNSC Resolution 2231 should be taken into account together.

“The talk of reversibility begins from the agreement (JCPOA) and it includes a 60-day process,” he said.

Araghchi explained that in case a party cites any breach of the deal, “the issue should be put forward firstly in a joint commission, then in a meeting of foreign ministers of Iran and P5+1, and then in a three-member consultative council,” before the UNSC resolution could be considered.

Whenever Iran feels the other side has not honored its commitments, the “reversibility” of Tehran’s nuclear program will happen immediately, he said.

“While such reversibility for them requires the case to be sent to the Security Council and going through those processes, for us, it could happen immediately and after 30 days,” Araghchi pointed out.