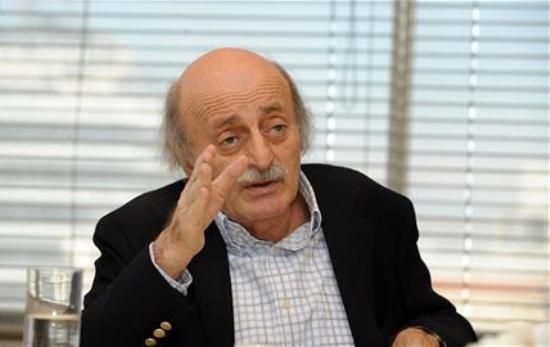 Lebanese Druze leader Walid Jumblatt says Arab countries cannot get into a war with Iran and had better hold talks with Tehran.

In an interview with the RT Arabic channel on the sidelines of his visit to Moscow, Lebanon’s Progressive Socialist Party chief said, “We should take Arab countries’ key interests into consideration, and to that end, holding a dialogue with Iran is a must.”

“Of course, in terms of Arab solidarity, we should see what Iran wants from us and what we want from Iran,” he said.

Jumblatt said Iran and Qatar have common interests and added it would be of no use for Qatar to get close to Iran.

“Finally, Arab countries should become united and take their interests into account,” he noted.

He then touched upon Lebanon’s position on the recent crisis between Qatar and other Persian Gulf Arab states.

“Lebanon has a lot of interests in countries which are members of the [Persian] Gulf Cooperation Council, including Qatar and Saudi Arabia. But whatever the reason behind this crisis, it should be settled with tranquillity and dialogue to help Arab states regain their solidarity. Here, Saudi Arabia should take the initiative,” said Jumblatt.

The Lebanese Druze leader stressed that the Saudi-Qatari crisis would be in the interests of the United States.

“They came [to the region] and sold their arms to us. They look at us and our differences and make fun of us, and at the end, make profit by selling weapons.”

He said US President Donald Trump came to the Middle East, like someone who wants to get engaged in a war, and imposed his conditions on Arab countries.

“But can the Arab world get into a war against Iran? Not at all,” he said.

“We cannot enter into aimless adventurism with Iran. We should hold talks with Iran. We are now involved with Israel and that’s enough for us,” said Jumblatt.

He further expressed his opposition to putting the names of Hamas and Hezbollah movements on the list of terror groups.

“Hamas is a combatant Palestinian group which has come to power through elections,” he said.

Jumblatt highlighted the centrepiece of the Palestine issue is for Palestinians to regain unity as well as the holding of free elections in the West Bank and the Gaza Strip.

“Today, the Arab world is almost desperate and cannot make its presence felt and is getting worse. Neither do I see bright prospects for them in the foreseeable future, nor are they making regular efforts [to improve their situation].”

“The formation of an alliance between moderate Sunni Arab countries and Israel is just an illusion by Tel Aviv and Washington,” he said.

Elsewhere in this interview, he touched upon the situation in Syria and said civil war in the Arab country should end with a transitional government.

He also expressed hope that Saudi Arabia’s plan to end the crisis and fill the gaps in the [Persian] Gulf Cooperation Council will work.

At the same time, he said despite the different viewpoints about Russia, this country is a key player in the region.

During his trip to Moscow, Jumblatt sat down with Russian Foreign Minister Sergei Lavrov and his deputy Mikhail Bogdanov as well as a host of other Russian officials.