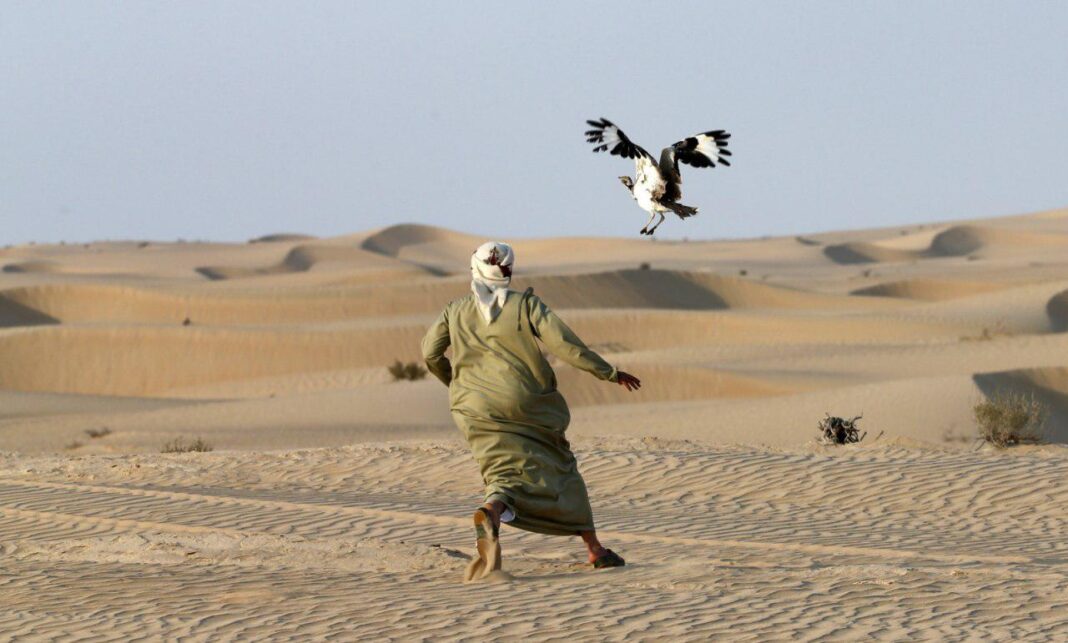 Two foreign poachers have been arrested at the airport of the Iranian city of Shiraz for the illegal hunting of houbara bustards.

An Iranian environmental official said on Tuesday that the two foreign illegal poachers have been caught at the airport of Shiraz for hunting and carrying 5 houbara bustards.

He said the hunters have been handed over to the judicial authorities for legal procedures.

Houbara bustard is a large terrestrial bird living in the arid habitats of Iran. The bird, native to Southwest Asia and North Africa, is in danger of extinction mainly due to hunting.

Houbara bustard has become a popular game bird for illegal hunters coming from Persian Gulf Arab states in recent years. As a result, its habitats in Iran has encountered the problem of rich Arab poachers interested in falconry. The bird’s natural habitats are in southern Iran, mainly near the cities of Lar and Lamerd in Fars province.

The illegal hunting of a houbara bustard in Iran carries a fine of up to 200 million rials. The hunters come to Iran from the Persian Gulf Arab countries to hunt the large bird with their trained birds of prey.

The poaching of houbara bustards in wintertime, destruction of its natural habitat and the disappearance of plains for agricultural or industrial application have put it in danger of extinction in the southern regions of Iran; to name, the provinces of Kerman, Hormozgan, Sistan and Baluchestan, Fars, Yazd, Bushehr and Khuzestan.