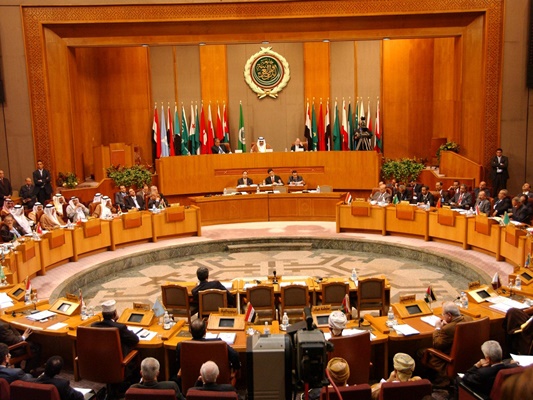 A number of Iranian lawmakers have harshly criticized the recent move by the Arab League to establish a permanent anti-Iran committee, saying such moves are led by Saudi Arabia and aimed at organising their anti-Iran plots.

The Arab League has, for the first time in its history, set up a permanent anti-Iran committee in an effort to suppress the wrong policies it pursues in the region and divert public opinion from its regional strategies.

The anti-Iran committee in the Arab League is also aimed at presenting Iran as a meddlesome state. This is while, regional realities reject such unfounded claims, ICANA said in a Farsi report.

Currently, the world recognizes Iran as a powerful regional country which has a significant influence on international developments. However, efforts are underway by a number of Arab countries, including the Persian Gulf littoral states, led by Saudi Arabia, to minimize Tehran’s influence by issuing anti-Iran manifestos. The Arab league’s recent move to create a permanent anti-Iran committee is to this end.

Bahrain’s Foreign Minister Sheikh Khalid Bin Ahmad Al Khalifa, in recent remarks, said the member states of the [Persian] Gulf Cooperation Council ([P]GCC) are faced with a large number of security threats from the Yemeni and Iraqi borders, adding Iran is the most serious menace to [P]GCC countries.

According to a report by Al-Ahram newspaper, the Bahraini minister noted that the anti-Iran committee titled ‘Iran’s Intervention in Arab Countries’ is composed of Bahrain, Egypt, the UAE and Saudi Arabia.

He added in case Iran does not express goodwill towards Bahrain and other [P]GCC states and continues its interference in the internal affairs of these countries, Manama will opt to adopt the strategy proposed by the [P]GCC to encounter Tehran’s interferences and ostracize Iran from the region and world.

Sheikh Khalid said the strategy consists of a number of options to deal with Iran’s interference. They are national (pertaining to the [P]GCC members), related to the Persian Gulf (within the framework of the [P]GCC), political, diplomatic, economic, trade and cultural.

Commenting on the issue, Hossein Naqavi Hosseini, an Iranian lawmaker, said the Arab League’s decision is an indication of Saudi Arabia’s efforts to compensate for its failed policies against Iran in the region, by turning the Arab states against the Islamic Republic.

He added Saudi Arabia claims to be the leader of the Arab states in the region and, thus, to stress its pivotal role [in the region], it does its best to make other countries believe it is a major regional player.

“This is while, the regional policies of the country have failed entirely. Saudi Arabia has become greatly concerned [about its regional status and interests], and, therefore, to compensate for its failed policies and strategies and demonstrate its power over the region, it maintains an anti-Iran stance and encourages other Arab countries to adopt similar attitudes towards Tehran.”

He stressed that Iran does not have any problem with any Arab country, adding, “We intend to foster cordial relations with these countries within a defined framework.”

In reaction to the establishment of the committee [by Arab nations], Mohammad-Ebrahim Rezaei, another Iranian MP, said the Arab League was set up by the US and Britain to oppose Iran’s policies.

The creation of such a committee was not a highly unexpected move, he added.

“The Arab League is doing its utmost financially and politically to oppose Iran. The anti-Iran committee has been set up to serve the objectives of these countries as well as the Zionist regime of Israel.”

“Previously, the Arab League took a number of anti-Iran measures, but currently, it has organized them by creating the committee.”

He added such commissions do not have great creditability and, therefore, fail to reduce Iran’s influence in the region.

Rezaei said Iran’s policies are aimed at promoting good neighbourliness with other Muslim countries, adding, whereas, some Arab states, led by Saudi Arabia, always plot anti-Iran moves which is not a new issue.

A Means of Survival

Elaborating on the issue, Shahrouz Barzegar Kalashani, another Iranian parliamentarian, said the Arab League is promoting and enacting policies dictated by some Western countries in the region.

“Certain Arab governments highly fear the awakening of their own people and those of the regional countries and, thus, do their best to make anti-Iran moves.

“In case people are awakened in the region, those Arab governments that are highly dependent on the West will lose their status, credit, legitimacy and acceptability.”

This committee, in fact, guarantees the survival of a number of Arab states, he said, adding it is not an anti-Iran commission, but an effort to ensure the continuity of their governments.

“Faced with the possibility that the US President Donald Trump would not back them any longer, they have clung to such measures and strategies to prolong their survival [in the probable absence of the US assistance].”

Barzegar Kalashani noted that this is while Iran’s foreign policy is based on forging ties with the governments established at the will of their people.

“Some Arab states fear that with the increased influence of Iran in the region they lose the support of other countries. This explains a great deal about the establishment of the anti-Iran committee.”