Any revision to Lausanne understanding will lead to failure: Zarif 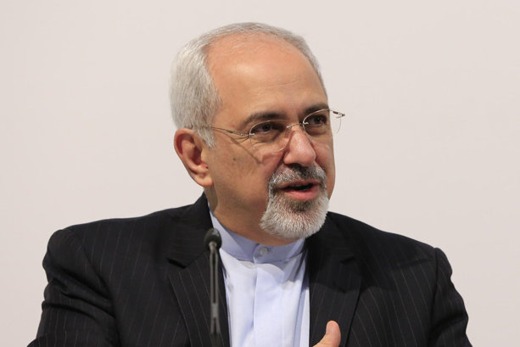 The Iranian foreign minister further noted the P5+1 group should show political will to finalize a deal on the nuclear program.

Iran’s Foreign Minister Mohammad Javad Zarif says any attempt to revise the framework of a potential deal on Iran’s nuclear program, which was reached in the Swiss city of Lausanne in April, will result in the failure of efforts to reach a final agreement.

Iran and the P5+1 group of countries reached a mutual understanding on the parameters of the Joint Comprehensive Plan of Action (JCPOA) – as the potential comprehensive agreement on the Islamic Republic’s nuclear program is called – in the Swiss city of Lausanne on April 2.

Zarif told Rossiya-24 television on Friday that the “solution” to reach a final agreement on Iran’s nuclear program was “agreed in Lausanne”.

“All parties must understand that we can reach an agreement only in the framework of these solutions. Any attempts to revise the agreement will lead to failure,” he added.

The Iranian foreign minister further noted the P5+1 group – the United States, Britain, France, Russia and China plus Germany – should show political will to finalize a deal on the nuclear program.

“The biggest problem we have is the need to make a political decision,” Zarif stated.

The remarks by Zarif came as representatives from Iran, who arrived in the Austrian capital Vienna on Thursday, and the P5+1 continued nuclear negotiations on drafting the text of a final deal over the Islamic Republic’s nuclear program on Friday.

The Iranian deputy foreign ministers will leave Vienna Saturday, but the talks will continue at the expert level in the Austrian city.

Iran and the P5+1 countries have been working on the text of the potential deal ever since they reached the mutual understanding on its parameters.