An economist: Mr. Zarif is in the right 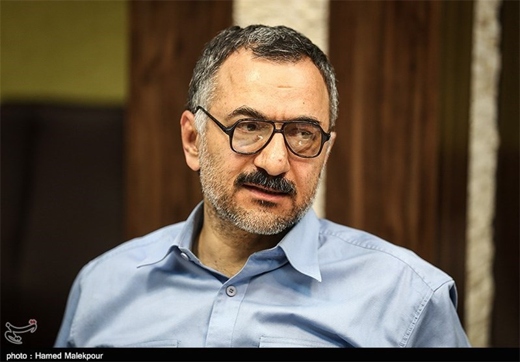 An Iranian economist has said that the country has to go right back to where it started from during Ahmadinejad's presidency and make up for what it lost if it seeks to secure economic growth.

These are Foreign Minister Mohammad Javad Zarif’s words in response to an MP who quizzed him about a stock market crash following the conclusion of the Iran nuclear deal. What the top diplomat said set off a firestorm last week in a session of parliament’s Joint Comprehensive Plan of Action (JCPOA) Review Committee on post-deal market crash.

In that session, Zarif made the comments – above – in response to critical remarks by Mehrdad Bazrpash MP on the uselessness of the nuclear deal as far as the national economy, especially stock exchange, is concerned.

Saeed Laylaz, an economist, has confirmed Zarif’s comments and said that the losses the Iranian economy has suffered in 2005-2013 [Ahmadinejad’s two-term presidency] are mainly to blame for the stock market crash. Laylaz made the comment in an interview with Etemaad daily and said that Mr. Zarif is in the right. It is not appropriate to say that a deal should help solve all economic problems overnight, he said, adding that the Iranian economy needs serious, fundamental, long-term and sustainable measures for its recovery and this takes time.

Laylaz also blamed the expansionary monetary policies of the ninth and tenth governments for a rise in inflation and sluggish economic growth, which in turn, created stagflation for the country’s national economy. The following is the translation of part of Laylaz’s remarks in the interview as published by Fararu.com on September 23:

In that eight-year period, the government never cared about production and economic growth. It just channeled all monetary resources toward consumers. That’s why the state of our stock market is bad. It is to blame for the poor performance of different sectors of the country’s economy.

The only way forward for us is to double back on the same path we embarked on in those eight years and begin to make up for the losses.

The country is still wrestling with a lack of investment ($ 300-400b) in different sectors and people’s purchasing power has diminished because they see no justification to buy [goods] and make investment. […]

The nuclear deal has manifested itself in recent months by preventing things from deteriorating. Things have not changed for the worse in these [past few] weeks. The government has tried to take appropriate measures so that things will not go from bad to worse. It has also managed to help the country’s negative economic growth (-7 percent in 2012) land in positive territory (+3 percent [in 2014]).

Like last year’s, Iran’s economic growth is projected to be positive, but not remarkable, in 2015. This shows that the government’s measures have been effective in turning the negative trend of those eight years into positive growth.

The country is expected to experience better economic conditions in winter [early 2016] and, as a result, stock exchange and other economic sectors will post growth as of early 2016 (January-February) and the impacts of an economic boom will be seen in Iran.