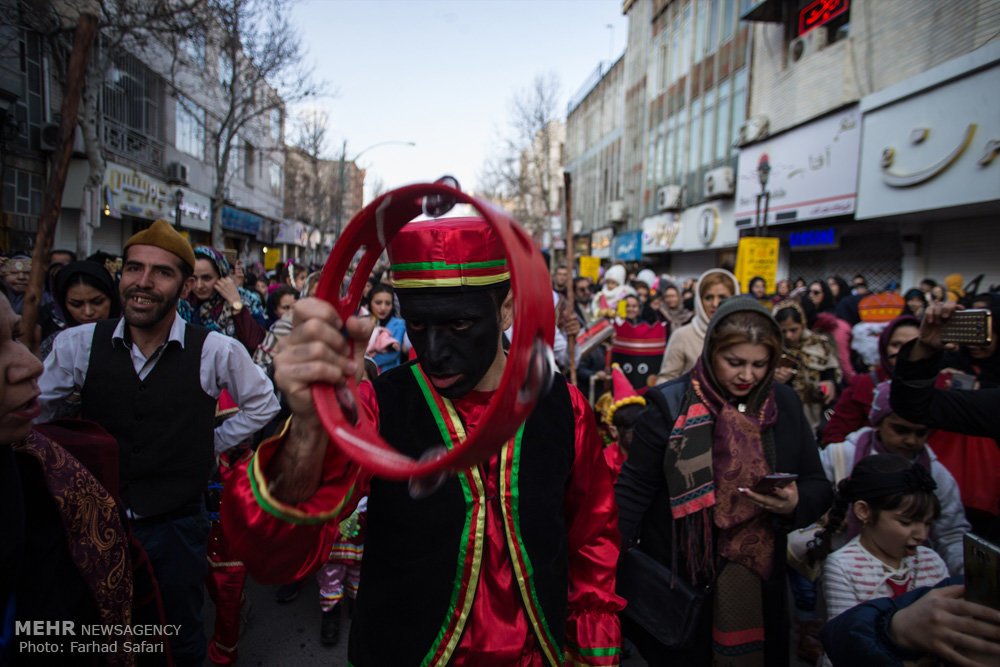 A national festival called Amu Nowruz has been held in the Iranian city of Qazvin which is located in the northwest of the country.

The festival is to revive ancient traditions and give information to the children about the rituals and traditions of the Persian New Year or Nowruz.

The festival is named after a fictional figure in Iranian folklore. According to the folklore, he appears annually at the beginning of spring, together with his companion Haji Firuz, to mark the beginning of Nowruz, the Iranian New Year.

On the eve of spring equinox, when the Iranian New Year is celebrated, Amu Nowruz brings children gifts, much like his Christian counterpart Santa Claus. He is the husband of Nane Sarma, who shares a traditional love story with him in which they can meet each other only once a year.

Amu Nowruz is characterized as an elderly silver-haired man who puts on a felt hat, and has a walking stick, a long cloak of blue canvas, a sash, a pair of thin-soled shoes, and a pair of linen trousers. He is a wise historical figure who passes the old story of Nowruz to the youth. Haji Firuz with a face covered in soot, and clad in bright red clothes and a felt hat plays a tambourine, dances, and demands gifts, while Amu Nowruz is the giver.

Following you can see Mehr News Agency’s photos of this festival: