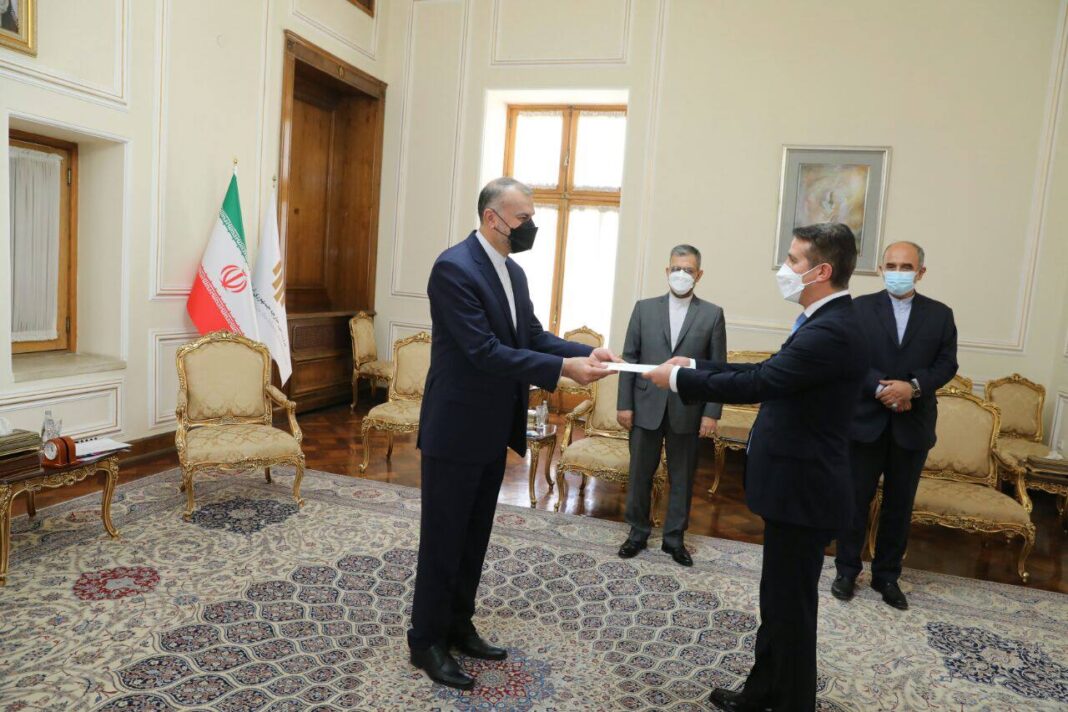 The Iranian foreign minister reiterated that Iran will not tolerate Israel’s presence along its borders and will take necessary measures against the regime’s activities.

Hossein Amirabdollahian made the remarks on Thursday while receiving a copy of the new Azeri ambassador’s credentials in Tehran.

Amirabdollahian was referring to the Zionist regime’s recent movements near Iran’s border.

Also referring to the military drills set to start on Friday by Iran’s army along its northwestern borders, the Iranian foreign minister said military drills by any country within its territory are a sovereign right.

He described as surprising and regrettable, the recent negative comments by Azerbaijan Republic’s officials against Iran.

The top Iranian diplomat meanwhile wished the Azeri envoy success during his mission in Tehran and underlined the importance of relations between Tehran and Baku.

The new Azerbaijani ambassador, for his part, underscored good and deep relations between Azerbaijan Republic and Iran.