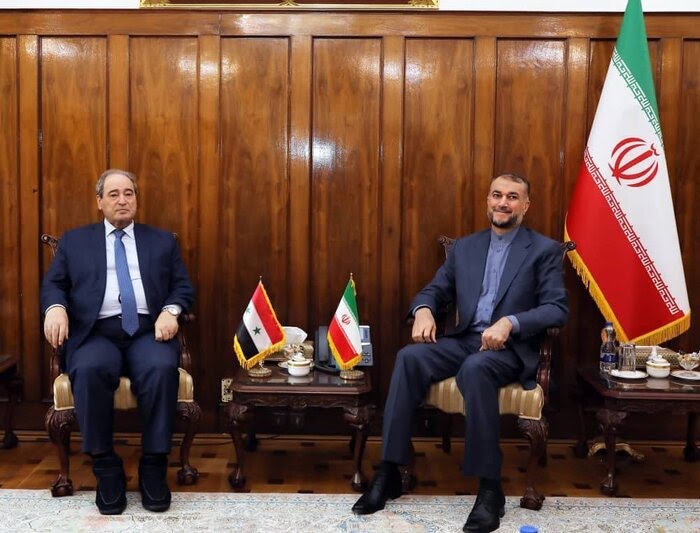 “We, of course, understand the situation in Afghanistan, and that the forces of the interim government still do not have the necessary control over the borders with their neighbors. But I would like to make it clear here that the Islamic Republic of Iran is serious in preserving its national security and territorial integrity,” Amir Abdollahian said in a joint press conference after talks with his Syrian counterpart Faisal Mekdad in Tehran on Monday.

“An incident occurred at one of our border points in the last few days, and our armed forces responded strongly to that uncoordinated move. And, of course, in the Ministry of Foreign Affairs, based on our diplomatic duty, in an official note to the Afghan Embassy in Tehran and through the Iranian Embassy in Kabul, we formally protested against this limited border violation, and our armed forces strongly and swiftly confronted the culprits,” Amir Abdollahian stated with a reference to the recent clashes between Iranian border guards and Taliban members in the border area of Iran’s Sistan and Balouchestan Province and Nimroz Province of Afghanistan.

On the latest talks between Iran and the P4+1 group in Vienna, Amir Abdollahian said the Islamic Republic is after a good agreement through solid and logical negotiations.

“We attended the first round of new talks in Vienna in good faith, with seriousness and plan,” the top Iranian diplomat stated, adding that the three European countries did not have any significant initiatives to offer, and instead of looking for a solution, they seemed to be assessing the Iranian delegation.”

Amir Abdollahian also said during the press conference with his Syrian counterpart that “the Islamic Republic of Iran condemns the presence of foreign forces in Syria who have entered Syria without coordination with the government…., and does not consider this presence in favor of peace and security in the region.”

The Iranian foreign minister also welcomed the decision by some Arab and Western governments to mend ties with Damascus.