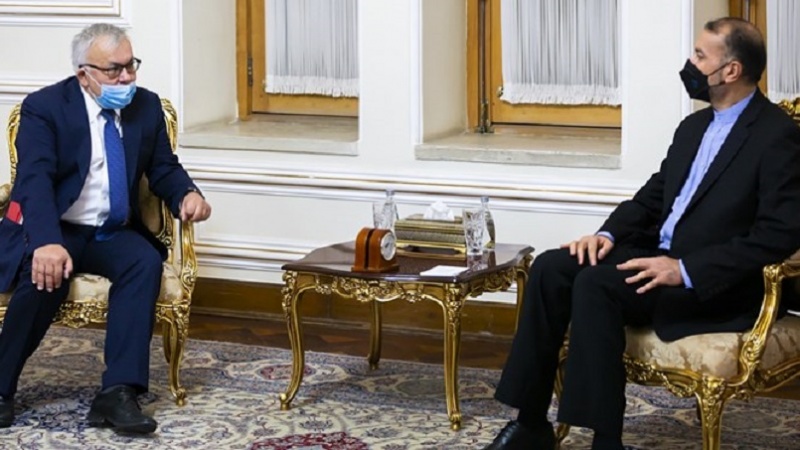 The Iranian foreign minister has said Iran and Russia should set their cooperation in Syria as a model for joint fight against terrorism and mutual economic work.

Hossein Amir Abdollahian made the comment in a meeting with a Russian diplomatic delegation in Tehran headed by Alexander Lavrentyev, the Russian president’s Special Envoy for Syria, and Sergey Vershinin, Russia’s Deputy Foreign Minister.

Amir Abdollahian described the cooperation between Iran and Russia in the fight against terrorism in Syria as successful, which can also be used as a model for the reconstruction of Syria.
Amir Abdollahian emphasized the need for cooperation with Russia within the framework of the Astana summit and the inter-Syrian talks, saying the Syria crisis can only be resolved through political means.
Lavrentyev and Vershinin also described as important, talks and the exchange of delegations between Iran and Russia on various issues of mutual interest and also regarding the situation in Syria.
The Russian officials also referred to their talks in Damascus and briefed Amir Abdollahian on the latest situation of actions and also side developments regarding Syria in the international arena and in relation to other international players.
The Russian delegation arrived in Tehran on Sunday after visiting Damascus for talks with Syrian officials. Iran and Russia helped Syria in its fight against a host of foreign-backed terrorist groups that aimed to topple Syrian President Bashar al-Assad.