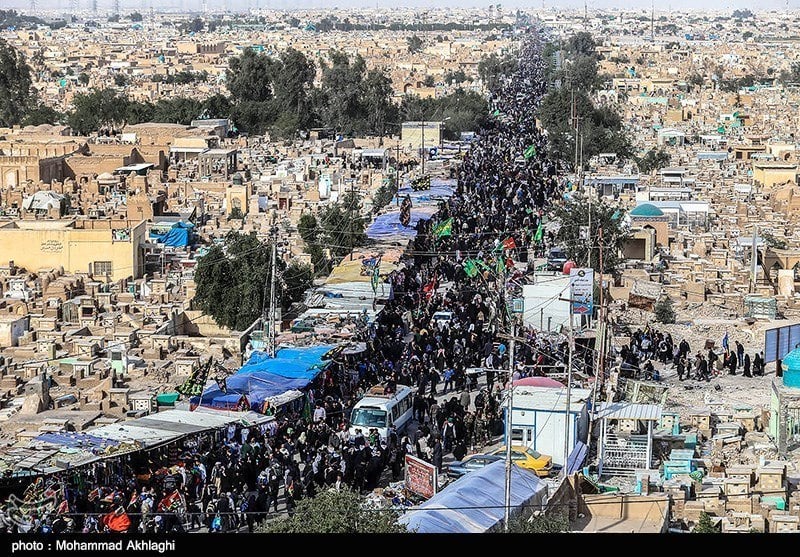 Reports show that a significant portion of the capacity of flights from Iran to Iraq has been sold out in the days leading to the Arba’een ceremony, the world’s largest religious gathering which marks the fortieth day after the martyrdom of the third Shiite Imam Hussein ibn Ali (AS).

According to arrangements by Iran’s Civil Aviation Organisation, this year, an approved rate was approved for direct flights between different cities of Iran and airports in the two cities of Najaf and Baghdad in Iraq.

Therefore, the pilgrims this year have to pay nearly 160 USD on the Tehran-Najaf-Tehran and Tehran-Baghdad-Tehran flights.

For passengers, who plan to continue to travel to Iraq, the only available option is to buy foreign airlines’ tickets, with the vast majority of them having at least one layover; however, their prices are much higher than the approved rates.

On the return route, the conditions for finding a ticket are more difficult, because in the days after the Arba’een ceremony almost no flight would have the capacity to transfer passengers from Iraq to Iran.

Meanwhile, foreign airlines have offered options that will not be cost-effective for passengers, given their scheduled stops and high ticket rates.

Reza Jafarzadeh, a spokesman for the Civil Aviation Organisation, asked the passengers to buy their tickets only from the ticketing systems or centres listed on the organisation’s wesite.

A few weeks before Arba’een, which will fall on October 30 this year, railways and aviation departments of Iran Ministry of Roads and Urban Development have devised special plans for the transfer of pilgrims.

Jafarzadeh says 82 kilometres of roads at four frontiers would be open to the passengers and four hundred thousand hectares of ground will be allocated as the parking space for their cars.

An official with the Ministry of Roads said parking lots are equipped with numbered columns this year for easier identification of cars by pilgrims. According to this official, all 400,000 hectares of parking space has been equipped with lighting systems to ensure the safety of the vehicles.

“1,855 buses are transporting pilgrims between cities; also, in coordination with the Central Bank, ATM machines are installed at the borders.”

Also, for the transfer of Arba’een pilgrims from October 19 to November 4, one hundred and ninety-two express trains are offering services on the route from Tehran to Kermanshah.

The price of one-way train and bus tickets on the route from Tehran to Kermanshah and Mehran is almost 10 USD, but the cost of train compartments is more.

Managing Director of the Syndicate of Iranian Transportation Companies said 16,500 buses and 46,000 taxis as well as 45,000 mini-buses are ready to serve visitors. Buses are also available from the border to Najaf and Karbala.

Based on President Hassan Rouhani’s order, the cost of Arba’een trip has been decreased, and the pilgrims are required to pay just 17 USD for visa, medical insurance and medical services.