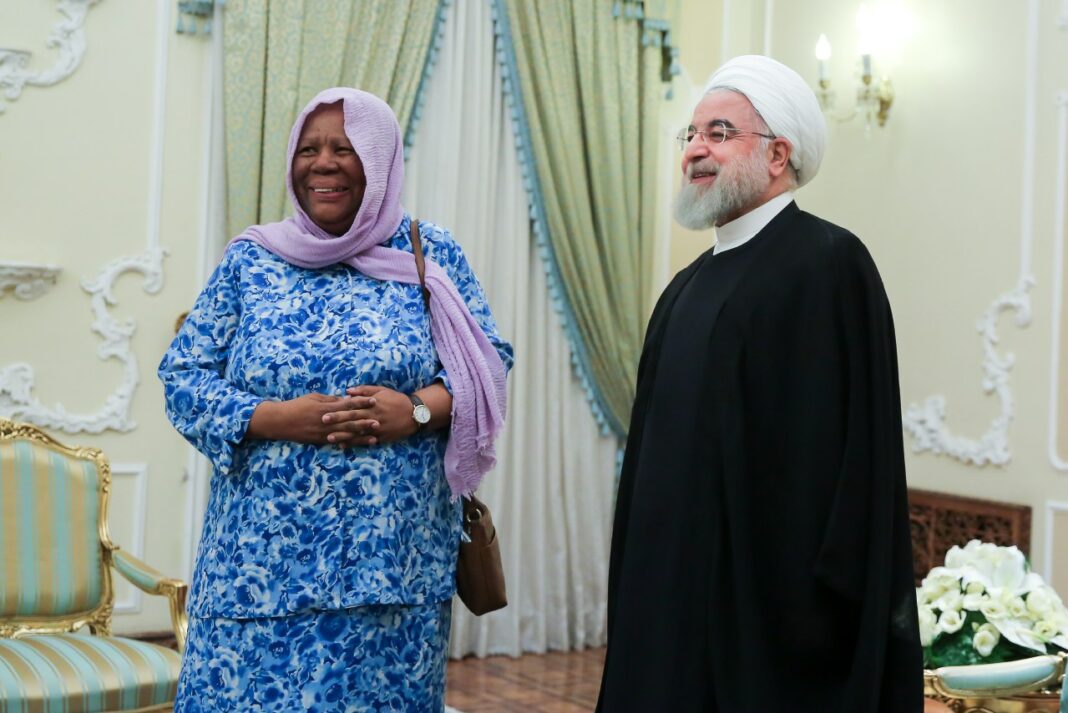 Iranian President Hassan Rouhani has stressed the need to strengthen relations with South Africa saying that undoubtedly deepening such ties is in the interest of both countries and the two regions.

Rouhani said Iran’s relations with South Africa, as a friendly country, have always been very good and Tehran always stood next to the African nation during their anti-apartheid campaign.

He made the remarks in a Wednesday evening meeting with South Africa’s Foreign Minister Naledi Pandor in Tehran.

The president also referred to cooperation in the fields of science and research and strengthening bilateral economic and commercial relations to develop ties.

Referring to Washington’s unlawful withdrawal from the 2015 nuclear deal, as well as the imposition of economic sanctions on the Iranian nation, Rouhani emphasised this act by the US government was to the detriment of all and the United States itself.

“We hope all our friends around the world, including South Africa, will take more decisive stance against US’ illegal and inhumane actions towards the Iranian nation which even include food and medicine sanctions.”

Iran and South Africa have always had common views on the issue of regional security and counterterrorism, and “we have always wanted to see greater security in the Middle East and the Persian Gulf,” noted Rouhani.

For her part, South African Foreign Minister Naledi Pandor said the two countries’ ties have always been very stable and principled, reiterating that “we want to expand Tehran-Pretoria ties in all spheres.

Referring to the meeting of the Joint Economic Commission of the two countries in Tehran and her meeting with his Iranian counterpart, the South African Foreign Minister stated “it was a very good meeting, and we explored the areas of cooperation and development of mutual relations very well.”

She described the JCPOA as a very courageous step, saying Iran has fully fulfilled its obligations in the deal, but the US has withdrawn from the accord by not fulfilling its obligations. “We want the US to return to the deal and end sanctions on Iran,” she added.