All capabilities employed to fulfill ‘economy of resistance’: VP 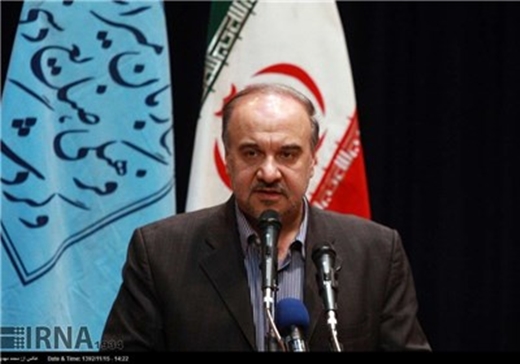 We are employing all our power and capacity to materialize the ‘economy of resistance’ during the6th Development Plan, said Vice President and head of Cultural Heritage Organization.

Addressing a panel on sports and cultural heritage, Massoud Soltanifar said Iran’s share of the world’s 1,200 million tourists in 2014 was 5,000,000, while its tourist income was dlrs. 7-7.5 billion from the world tourism revenue of dlrs. 1,476 billion.

Vice President stressed that most of tourists visiting Iran last year were pilgrims from the Middle East, while efforts should be made to improve infrastructures in order to develop ecotourism and health tourism.

Soltanifar noted that the overall balance in Iran’s tourism is negative as some seven million Iranian tourists have travelled to other world countries. Iran should take steps to reverse the situation by increasing the number of tourists by five-folds and encouraging flourishment of handicraft industry during the implementation of the 6th plan.

Facilitating visa issuance and electronic visa for nationals of 190 countries, expansion of air and rail transportation and construction of museums are among steps taken to boost tourism.

He also noted that efforts are underway to develop handicraft industry, including revitalization of some 2,000 handicraft workshops and launching 171 online stores, in order to gain the 3rd rank in the field after China and India.

Iranian officials including Minister of Culture and Islamic Guidance Ali Jannati and Minister of Sports and Youth Mahmoud Goudarzi were present at the panel.