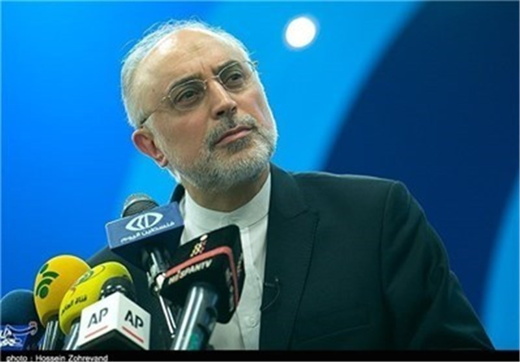 Head of the Atomic Energy Organization of Iran (AEOI) Ali Akbar Salehi has ruled out ‘special’ inspections by the IAEA of Iran’s nuclear facilities.

Head of the Atomic Energy Organization of Iran (AEOI) Ali Akbar Salehi has said that Iran does not allow ‘special’ inspections by the International Atomic Energy Agency (IAEA) of its nuclear facilities, Tasnim News Agency reported on November 20.

“We will not accept any special inspection or process (exclusive to Iran’s nuclear program),” Salehi said on a TV news bulletin on Wednesday.

He said that Iran has inked the nuclear Non-Proliferation Treaty (NPT) and has been implementing its Additional Protocol for two and a half years.

Salehi further said that over 7,000 man-hours of inspections of Iran’s nuclear facilities have been carried out by IAEA experts and cameras installed at Iranian nuclear sites monitor them round the clock.

He stated that the AEOI has grown on technical, industrial and scientific fronts and its various products have begun to hit the market, adding that the country is seeking to employ nuclear energy for agricultural, industrial and medicinal purposes.

Salehi went on to say that the AEOI is building centrifuges for the health sector which will be unveiled on April 9 [The National Nuclear Technology Day], adding that one of those centrifuges is to be handed over to the Health Ministry soon.

He further said that the AEOI has produced radio drugs for medical purposes, adding that the radio isotopes developed by Iran can help treat 800,000 patients on an annual basis.

He also rejected reports that Iran has agreed to ship its nuclear fuel to other countries, including Russia, saying that Tehran and Moscow have inked protocols and agreements to have further nuclear cooperation.

The atomic chief further said that as many as 1,000 experts are working in the Bushehr Nuclear Power Plant [in southern Iran] and added the Bushehr plant is at a satisfactory level in terms of human resources.

The students who are majoring in related fields in universities should not be concerned about their future jobs, Salehi said, citing a new partnership agreement between Iran and Russia [to build eight nuclear power units in Iran].

The nuclear technology is the point where all other sciences such as mechanics, chemistry, metallurgy, physics and mathematics are employed [for a singular purpose], he said.