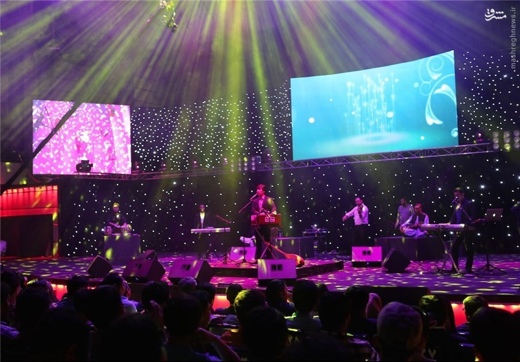 My Homeland was the highlight of the event which moved many Afghans and non-Afghans in the audience to tears.

The sight of a large number of Afghan nationals thronging outside the Interior Ministry’s hall made a majority of people walking or driving past Tehran’s Fatemi Square in the afternoon of September 2 think that they were there to have their residency-related problems solved.

What occurred to no one at first was that a cultural event had brought the large group of Afghan nationals there.

Inside the hall, Dawood Sarkhosh, an Afghan singer, sang nostalgic songs for thousands of Afghan nationals in Iran and conjured up memories of their homeland.

My Homeland, which is known to many Iranians, was the highlight of the evening and moved many Afghans in the audience to tears.

The concert was also attended by a number of Iranian art and culture lovers such as Ahmad Tavakoli, a Tehran MP who was at the event as the special guest. The nostalgic songs sang in the concert also moved the Iranian MP to tears.