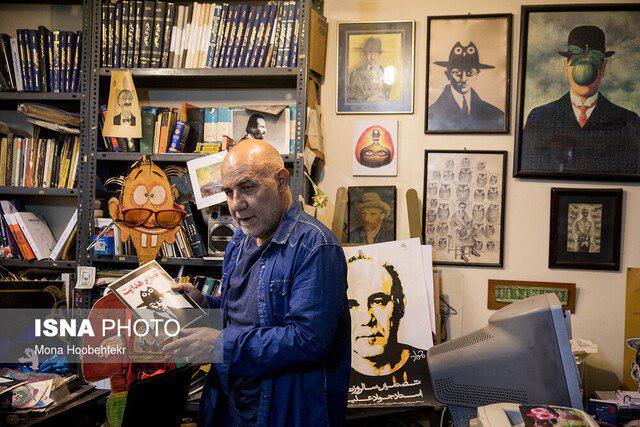 Javad Alizadeh, a self-taught Iranian cartoonist with 30 international awards, has talked about his four-decade career as one of the most successful cartoonists of Iran.

Alizadeh was born in Ardabil in 1952. Since childhood he loved pencils and crayons and used every opportunity to paint.

He began his job with “Caricature” magazine in 1979 and worked in the Kayhan newspaper during the pre-revolution years.

He launched the magazine “Comics and Caricature” in 1990 and has kept the magazine working despite numerous problems. 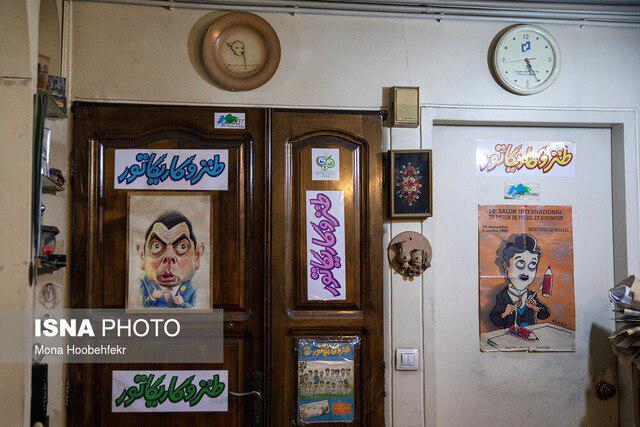 After half a century of professional work in the field of caricature and nearly 30 years of management in the magazine “Comics and Caricature”, he has talked about his career in an interview with ISNA:

“I took part at university entrance test in 1971. I could not pass the test for medicines, but I passed the test for three majors including visual arts, television and cinema and English translation. I didn’t know which one to choose. My family used to say that there was no end in sight for artwork. They advised me to choose English translation. I did the same. In fact, I translate now, and do the artwork,” he said.

A Reality Beyond Dreams

He says “my parents were very study-oriented, and I enjoyed reading magazines and newspapers alongside them. That interest led me to participate in a cartoon contest as a teenager and send one of my works to them. Despite my young age, the cartoon I had chosen had political content and was about the Middle East war. This led me to work in the press, as the work I had sent to them was published in Mideast magazine in the United States.”

One American reporter comes to Iran. He sees my work in a cartoon magazine, and sends it to “Mideast” and they publish it. I could never imagine such a thing.

Golden Years of Cartoon in Iran

Alizadeh goes to the Kayhan newspaper and starts working there during the days leading to the victory of Iran’s Islamic Revolution.

However, in 1981 he leaves Kayhan because of what he calls some differences. Alizadeh also commented on the best years of cartoons in Iran saying that “It was at the time of Dr. Mosaddeq’a office that the press enjoyed a great freedom, and even cartoons of Mosaddeq was being drawn.”

The next period was in 1978 and the cartoons of all people were being drawn at that time. There was also a period during the presidency of Seyyed Mohammad Khatami, that the press were more open. In 1990, of course, as the war was just over, magazines like “Gol Aqa” and “Comics and Caricatures” were licensed.

Difficulties of Being a Cartoonist

Now, as most political men are clerics, and considering that it is not lawful to draw caricatures of clerics, there is naturally less cartoons about politicians. Personally, though, I don’t think it is necessary to draw a cartoon of them and we can criticise their performance. I believe a professional cartoonist can criticise in any situation. 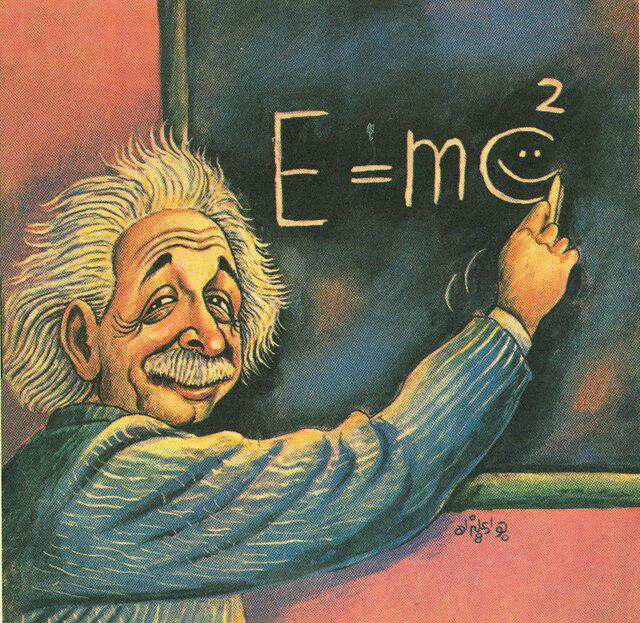 Elsewhere in his remarks, Alizadeh talks about the lasting works he has created. “I was not interested in studying my lessons, but I always welcomed creativity and innovation. When I left Kayhan, I was at home for several years and started reading Einstein’s books. So I decided to look at his topics as my subjects.” 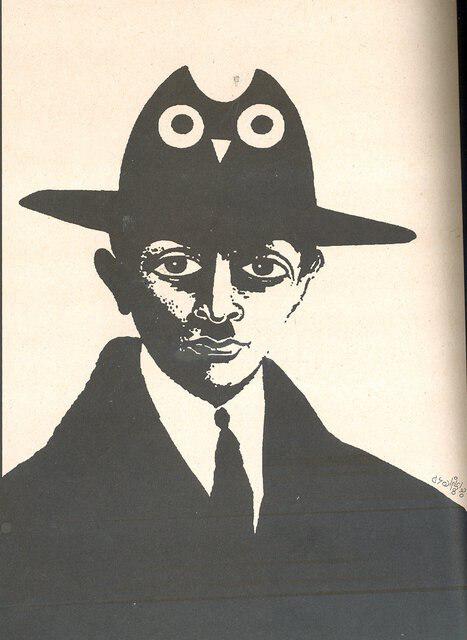 He goes on to refer to his collection of works about Sadeq Hedayat and says “One of these works of Sadeq Hedayat collection is very famous. Of course, it’s not at all clear that I drew it, because I didn’t sign the work, and that work was published again and again without any signatures.”

About his magazine, he says “Although they hardly gave a licence to ‘Comics and Caricatures’, they didn’t think it would survive. I lose a lot of money in every issue that is published, but love of the work keeps me going. It was very important for me to have an independent magazine. I paid a lot for my opinions and magazine in my life. Naturally, the less it is published, the less I lose. However, I want to keep my journal up to date and continue publishing it until I am alive.”