Iran’s foreign minister says absolute military power is no longer a determining factor in today’s world, and there are other instruments of power with which national interests can be secured.

Iranian Foreign Minister Mohammad Javad Zarif says the countries regarded as “powers” in the 1970s, 80s, and 90s no longer have a determining role, and that “other instruments of power are available to us” now.

“This does not mean we want to square off against the world; rather, it means we can use all modern instruments of power such as establishing dialogue, creating concepts, reaching a consensus, etc. to make a difference in the future of our country and in developing nations,” said Zarif.

He made the remarks during a visit to a training workshop named “Simulating the UN Security Council session with a look to North Korea.” The workshop was held in Tehran’s Museum of Peace, which has been built by Iranian war veterans.

“In today’s world, players such as ISIS, the Taliban, al-Qaeda and the Nusra Front are non-state players which influence international developments,” the foreign minister added, according to a Farsi report by the Entekhab news website. Zarif touched upon his presence in the Munich Security Conference where, as he said, the key question raised was, “What is happening in the post-Western world?”

“Westerners are seriously looking at the world after them and publish books on it. This comes as some people criticised us [when we spoke of the post-Western world.] Unfortunately, in our country we don’t believe that we have entered the post-Western world, and this is while Westerners themselves have accepted it. I’m not saying that the West’s role has ended; what I’m saying is that the West’s monopoly in the world and in international relations has come to an end.”

“We, as representatives of governments, don’t want to accept that there are players other than governments. This is while governments take part in international discussions depending on the topic at hand such as the environment, social development and human rights.”

He said governments, especially those in the West, have claimed monopoly over international relations, but such a monopoly does not exist anymore.

“We should accept this issue as an important factor in international decision-making: If the governments’ monopoly has ended, then monopoly over instruments of power has come to an end, too.”

Iran’s diplomacy chief, who has a history of attending the meetings of the UN Security Council, General Assembly and other departments of the world body in the past as Iran’s ambassador to the UN, referred to instruments of power in the past.

“At a certain point in time in international relations, the only instrument of power was military power, from the gunboat policy to policies which legitimized war as a foreign policy instrument. War was a legitimate tool for infiltration,” added Zarif. 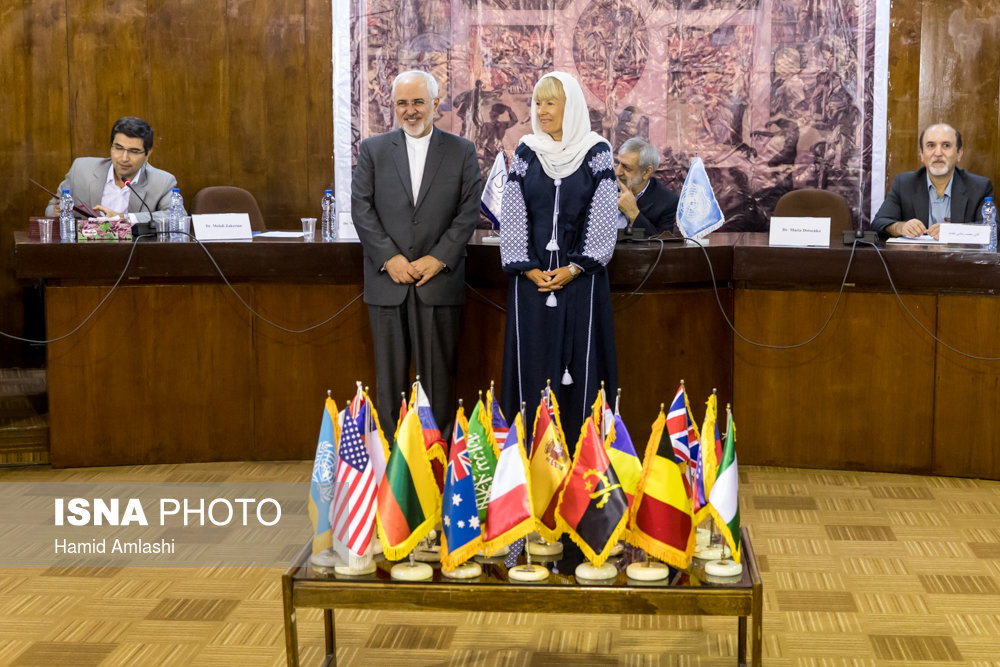 “What you do in these UNSC simulation workshops is that you review a mix of traditional powers. For instance, when it comes to North Korea, China and the US, they play a greater role because of their military power. In the simulated negotiations that you will hold, you’ll see that the US and China will have a greater role than Senegal or Ethiopia due to this very element of power. Still, today there is another element of power, and that is consensus-making, which is used in the UN Security Council as well.”

“Small countries such as Malta and Cape Verde have played a role in international issues in the UN Security Council, but not because of their military might; rather, because of their ideas and expertise in a particular domain. For example, Malta played a role in the rights of the seas issue. Cape Verde, because of its knowledge in that domain, has turned into one of the key players as far as the rights of the seas are concerned; so, as you see, these instruments of power move from UNESCO’s general conference and the General Assembly to the Security Council where they result in power when coupled with idea-creation, concept-building and consensus-making.”

“In the simulation exercises, those serving as representatives of countries which are not members of the UN Security Council should practice with these instruments of power as well, instruments such as thought and discourse-making.”

Our understanding of the international situation should change, and we should know that UN Security Council Resolutions are neither everything nor worthless paper.

He stressed that these instruments of power are effective in power-building.

Zarif went on to say that in consensus-making or discourse-building, there are key factors which contribute to the adoption of an international decision. 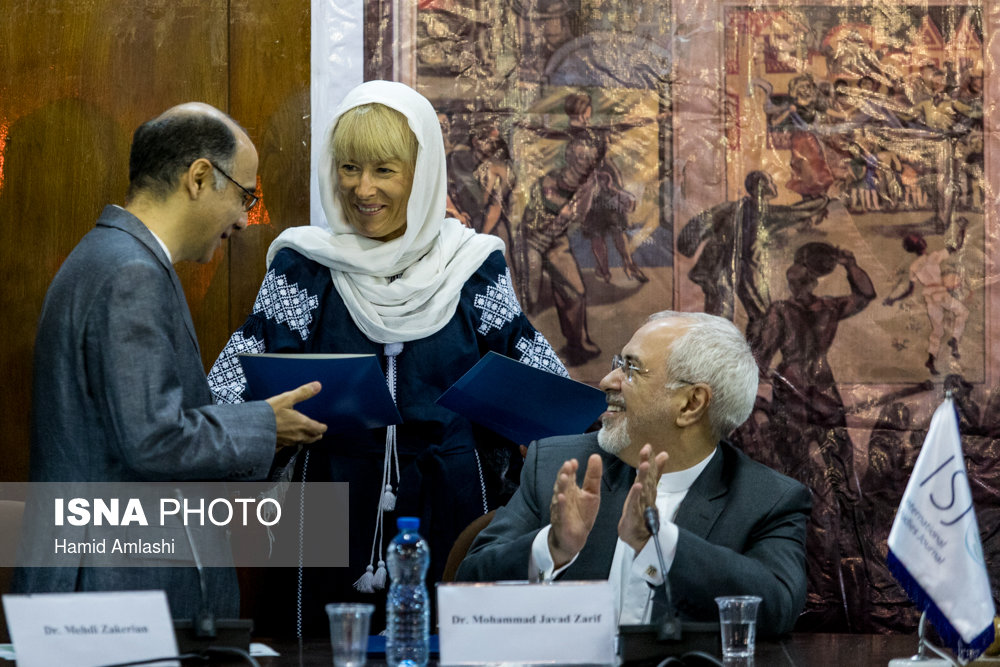 “The five permanent powers of the UN Security Council must like the whole world to believe that nukes mean everything and that nuclear weapons states have the final say. But such a thing has not happened. If it had happened, it would have meant that the world had to accept the five powers’ domination over all international relations because each one of these five powers can destroy itself and its enemies for dozens of times with the weapons they possess, which is called ‘mutually guaranteed destruction’.”

Iran’s foreign minister, who attended the negotiations on the eight-year Iraqi imposed war on Iran in the 1980s, further touched upon Baghdad’s use of chemical arms against Iran.

“In the [Iraqi] imposed war, chemical weapons were used, but the whole world supported [former Iraqi dictator] Saddam Hussein and did not allow the issue of chemical weapons’ use against Iran to be brought up at the UN Security Council.”

“Don’t forget that and don’t be fooled by slogans. We were there and saw that until Saddam Hussein invaded Kuwait, members of the Security Council did not issue a single statement or resolution in which the word ‘Iraq’ was mentioned despite the fact that the then UN secretary general had released six reports explicitly saying that Saddam Hussein had used chemical arms against Iranians and civilians. The Security Council members only mentioned the use of chemical arms against Iranian troops. The wording of the sentence was as if we ourselves had used chemical arms against our people.”

“Iran has paid the price for countering the absolute power in those days, and even at that time Iran showed that power is not a determining factor.”

“What is important is that we should know there are other instruments of power which we can use successfully. This does not mean we want to confront the world, but it is an approach that can have a bearing on the future of our country and developing nations and the region and international relations.”