Abr Jungle of Shahrood; a dream of walking on clouds 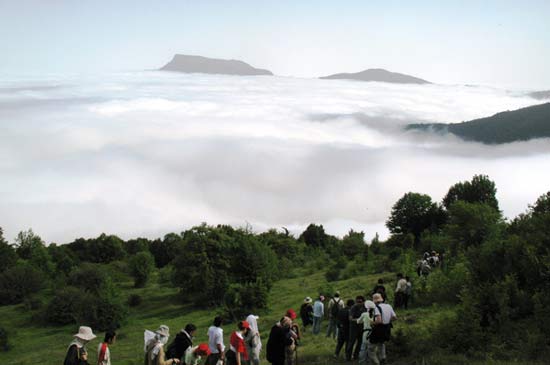 Cloud Forest, a spectacular natural site in Shahrood, could be a good holiday destination for those who need a change of scenery.

Cloud forests often exhibit an abundance of fogs covering the ground and vegetation. These forests usually develop on the saddles of mountains. A few hours before the sunset, when temperatures fall, clouds rush into the forest. The settling clouds are so thick that it seems you are walking on them. Jungles veiled in clouds provide visitors with a golden opportunity to enjoy, explore, and learn about these wonderful ecosystems.

Young Journalists Club filed a descriptive account of Abr Jungle on October 22. What you will go through is the translation of part of this report: 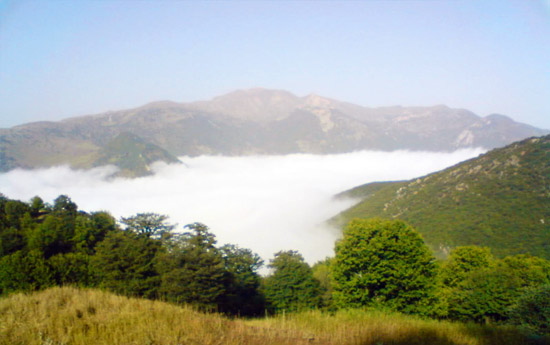 To many tourists, Abr Jungle (Cloud Forest) is among the most beautiful natural scenery of Iran and the entire world. […]

Leaving behind the gardens in Bastam [a city in Shahrood County], you will see clouds over far-off mountains and along the 4,000-meter Shahvar Mount as if they have been trapped in the sharp claws of the mountain, a scene which promises you are getting closer to the dreamy cloud forest.

The Forest which stretches on an expanse 35,000 hectares in area is part of the ancient [Caspian] Hyrcanian [mixed] forests which have encircled the northern slopes of the Alborz Mountain like a belt, covering the southern coasts of the Caspian Sea. 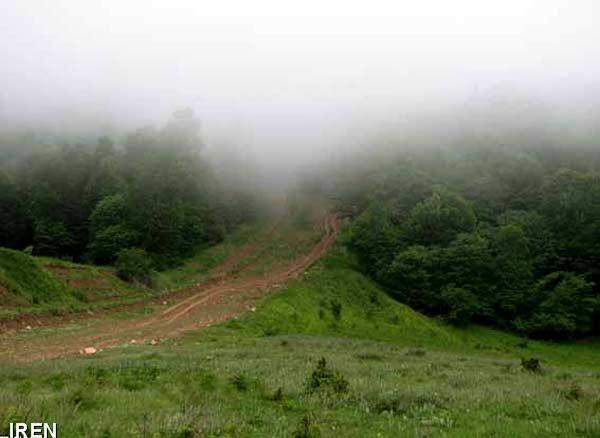 Juniper, a tree native to the region, is seen everywhere like clouds in the sky; you will be surrounded by thick fog, let’s say the clouds.

You feel a sense of coolness, freshness and aroma which are associated with the proximity of the clouds to your face, something which turns into raindrops on your eyes and hair. […]

Midway through the night, the clouds begin to pack their bags, so to speak. It is the time when the surrounding valleys become clearly visible. The clouds keep drifting around.

Valleys get full of clouds and then become empty. Fast-moving clouds make the jungle look like the lab of an alchemist. […]

Fire, wind, soil and water; night could be a new addition to the Four Elements. Nothing is in short supply in the cloud jungle.

The sun rises to admit that the earth’s law is still holding in this land. It seeks to remind everybody that even in this dreamy land night falls and day breaks. It comes out of the mountains and clouds stay for a while, and then […]

In broad daylight, the forest is littered by hills which are thick in some places and sparse in others. 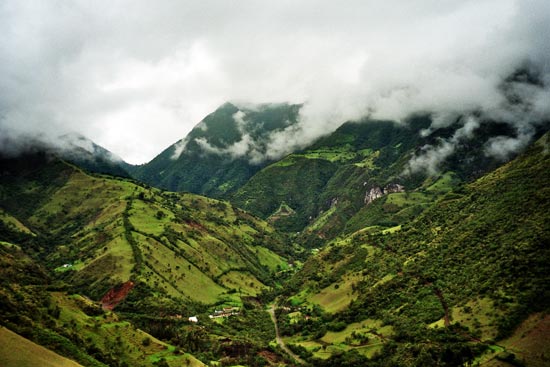 Inside the thick forests, you cannot believe that you are in Semnan province, not far from Iran’s Central Desert and Khar Touran National Park [a biosphere reserve]. Right there you will realize why Shahrood is called “a small continent”.

Maran Castle, which was built by the Elamites at the mountain summit, is seen from a distance. At sunrise, the castle is enveloped in clouds and this evokes the images of a ship wandering [aimlessly] in the Pacific Ocean.

Shorshor Waterfall is cascading [over the rocks] at the bottom of a valley which has remained intact due to its insurmountability.