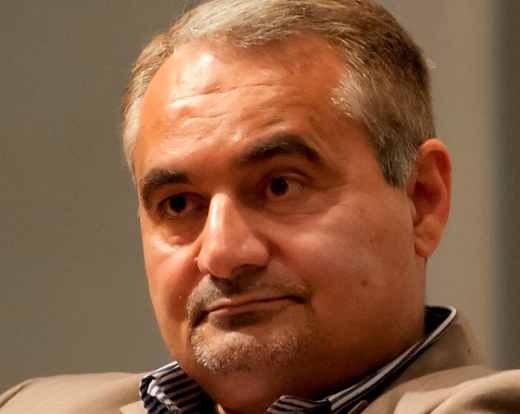 Hossein Mousavian, in a piece published by The Washington Post, has said an alliance between the moderate president and the principlist parliament speaker is a significant development in Iran’s political landscape and has positioned pragmatism as a palpable political force in Iran.

Seyyed Hossein Mousavian, a research scholar at Princeton University and a former spokesman for Iran’s nuclear negotiators, has said that radicalism will make a comeback at the expense of pragmatism in Iran if the US Congress rejects the Iran nuclear deal.

The following is Mousavian’s piece The Washington Post published on August 28:

With the ongoing domestic in-fighting in the United States and Iran over the nuclear deal — which has already become legally binding by way of a UN Security Council resolution — it has become clear that Congress poses the biggest risk for the deal falling through. Congress’s ability to play a spoiler role comes not only from the power it has to scuttle the deal altogether but also from its efforts at fostering an uncertain atmosphere regarding the removal of sanctions on Iran.

The effectiveness of the nuclear deal will rely largely on the P5+1 instilling confidence in the global business community that sanctions have been removed and the country is open for business. Truly removing sanctions in a way that would have tangible benefits for Iran would require shaping expectations in such a way that businesses do not feel their investments are precarious and susceptible to the political machinations of Congress or a future US president.

For the deal to be successful, it is critical for Iran to derive real and substantial benefits from sanctions relief. President Hassan Rouhani’s administration has hedged its legacy, and by extension that of pragmatism in Iran, on being able to deliver economic prosperity to Iranians. The nuclear deal and normalizing Iran’s relations with the West have been viewed as the critical ingredient to accomplishing this goal.

Indeed, the successful conclusion of the nuclear talks has led to the development of a new pragmatism in Iran, personified by prominent decision-makers who have more sober and practical views on foreign and domestic policy. This phenomenon has seen the joining of political figures who hail from historically opposing camps, namely the moderate Rouhani and the principlist speaker of parliament, Ali Larijani. This heretofore unseen alliance is a significant development in Iran’s political landscape and has positioned pragmatism as a palpable political force in Iran.

What should be of chief importance to Western policymakers is that the prospect for a more cooperative Iran rests with them reciprocating Iran’s pragmatic outreach proportionately. For their efforts thus far, the pragmatists, led by the president and the speaker, have garnered vociferous criticism from hard-liners, who accuse them of having given far too many concessions on the nuclear program. If there was nothing to show for these concessions, pragmatism would be marginalized and Iran would be forced to retract from its commitments. Thus, durable sanctions relief is critical to ensuring a more amicable Iran.

While the nuclear agreement spelled out in UN Security Council Resolution 2231 removes most UN and EU sanctions against Iran, many are anxious about the amount of foreign direct investment Iran will be able to receive. Many believe that the constant rhetoric about overturning the nuclear deal or imposing additional sanctions that emanates from members of Congress and the 2016 Republican presidential candidates may lead some foreign businesses to shy away from Iran for fear that future sanctions will void their investments.

If recent headlines are accurate, it seems as if European investors are not too concerned about the possibility of future sanctions, given that they are already flocking to Tehran. However, the Obama administration and the rest of the P5+1 should be cognizant that the efficacy of sanctions lies in the willingness to remove them to maintain a compromise. They would be wise to confront any issues that would prevent Iran from attaining the scale of sanctions relief outlined in the agreement.

Congress’s overriding the deal would surely lead to radicalism once again at the expense of pragmatism in Iran. Moreover, the nuclear deal has the potential for far-reaching positive implications for the volatile Middle East region and for Iran’s relations with the West.