IFP has taken a look at the front pages of Iranian newspapers on Thursday, October 31, 2019, and picked headlines from 7 of them. IFP has simply translated the headlines and does not vouch for their accuracy. 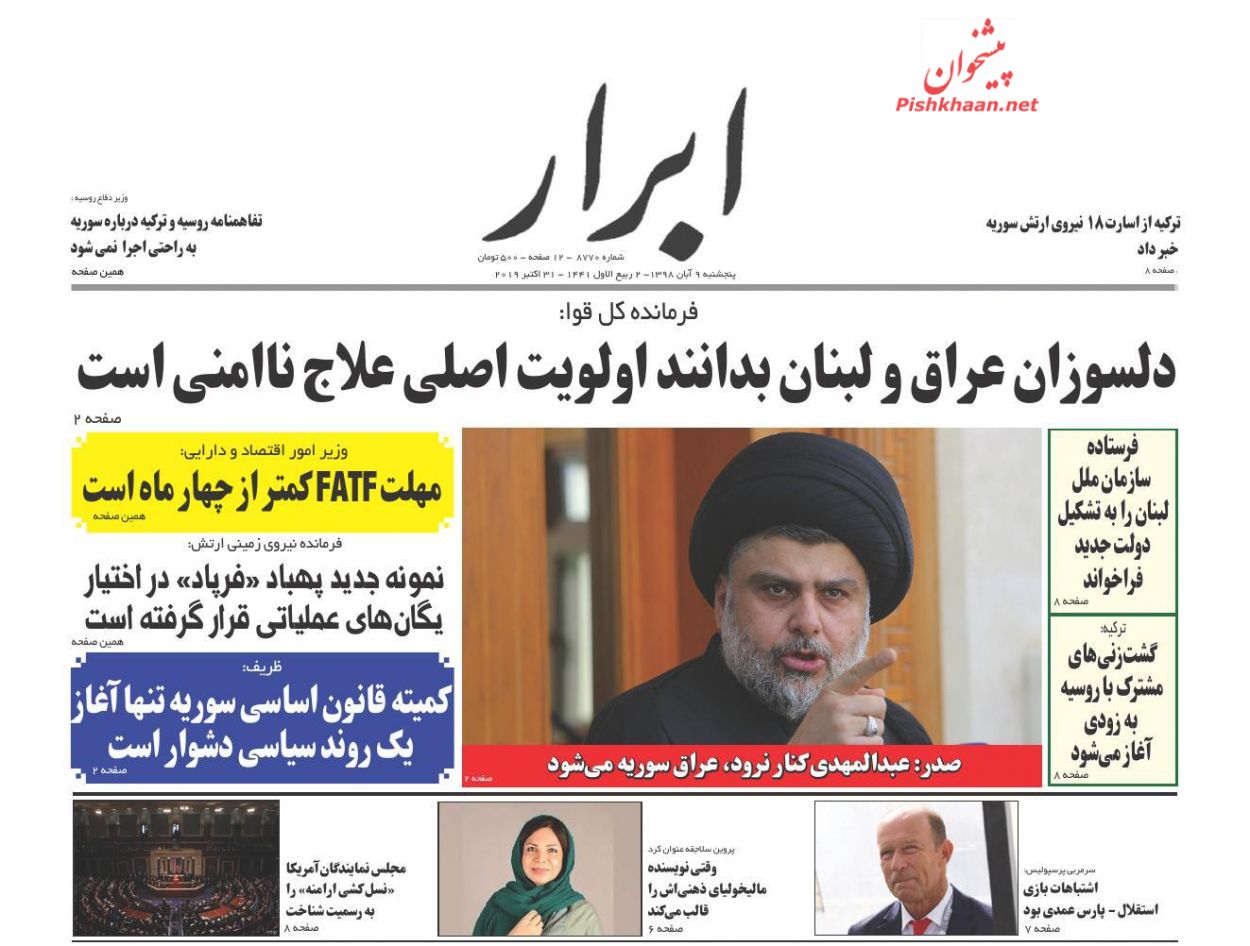 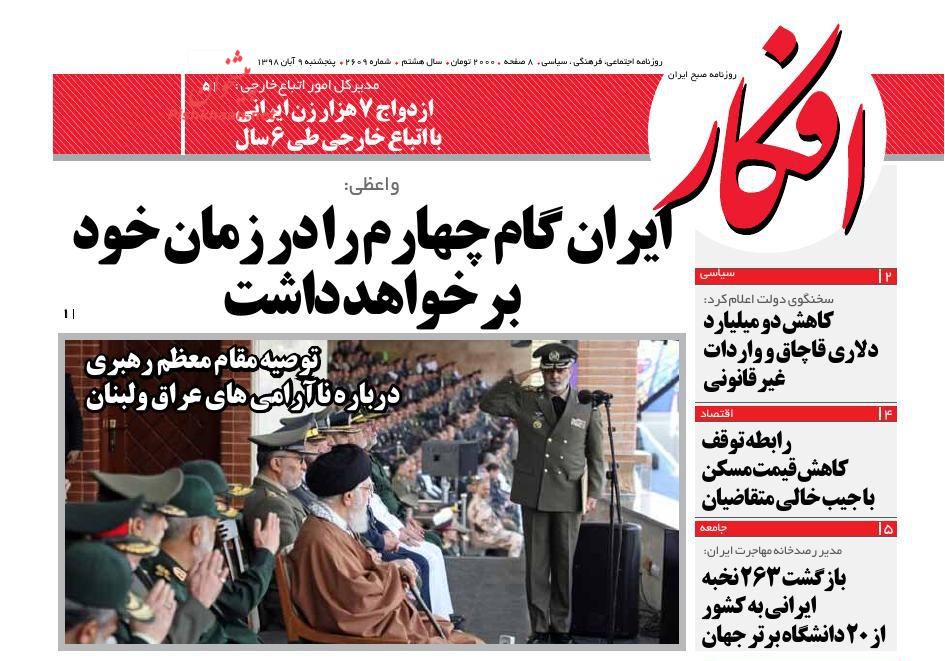 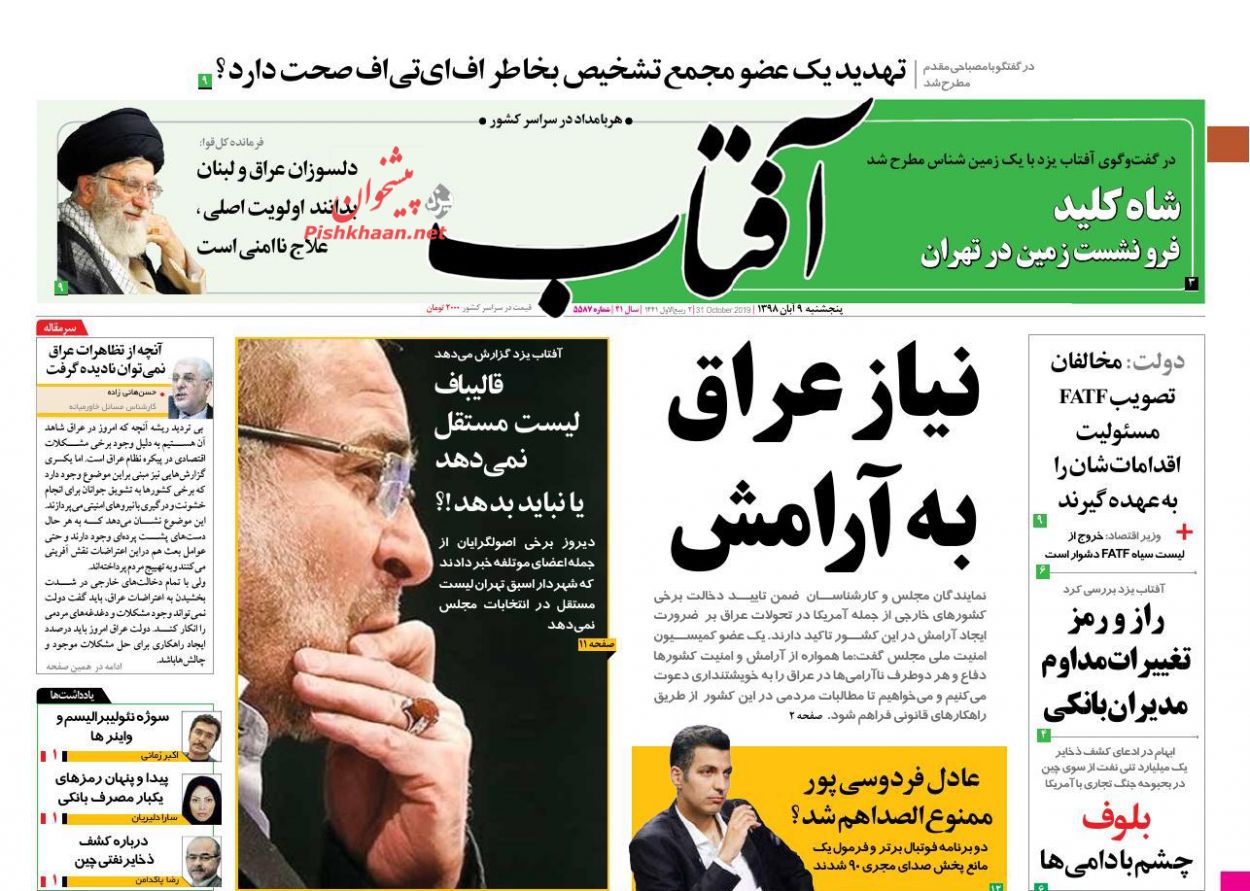 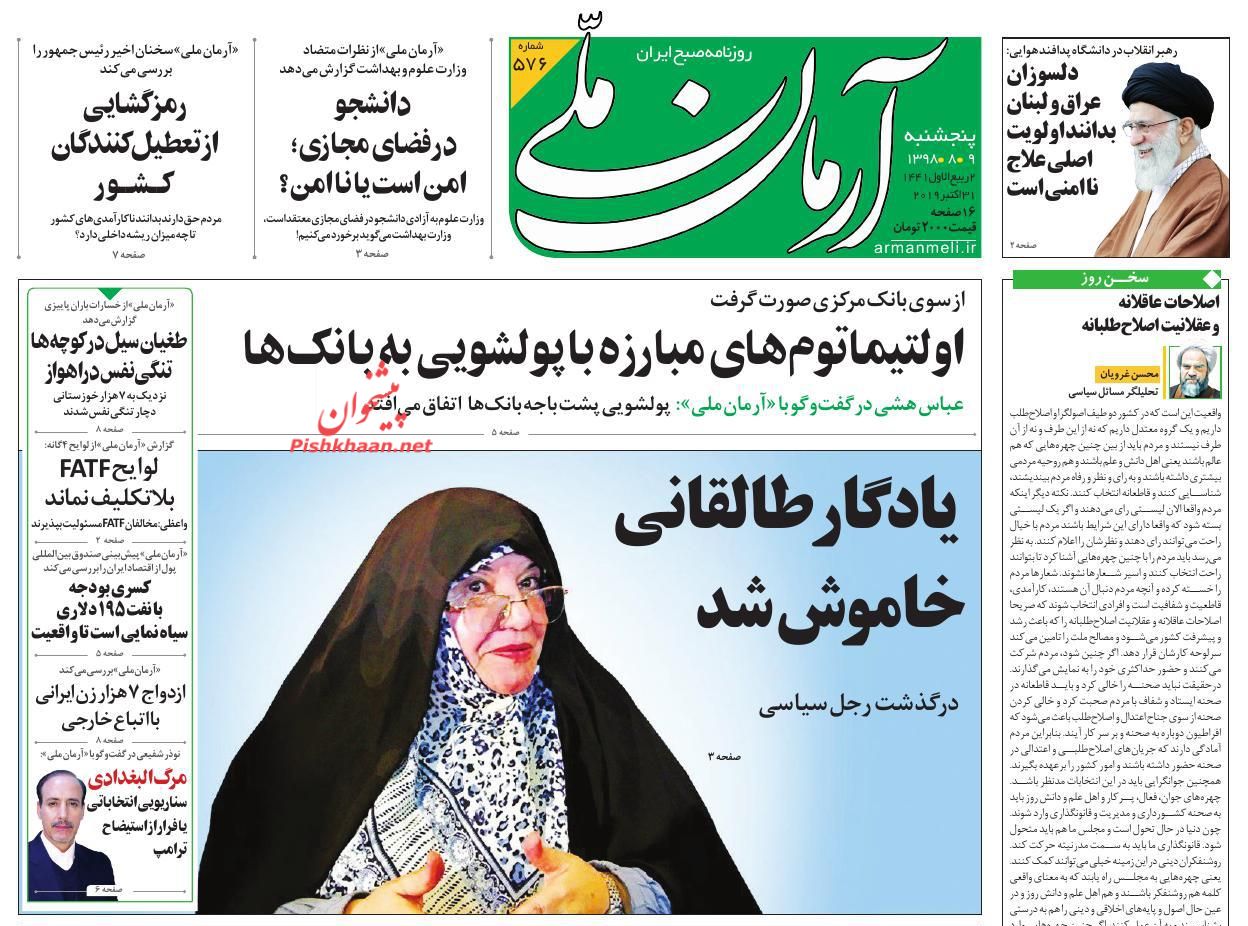 Javan:
1- Trump’s Impeachment to Be Finalized Today: US House to Vote for Resolution on Trump’s Fate
2- US Supporting Baath Party, Laic Shiites to Provoke Chaos in Iraq 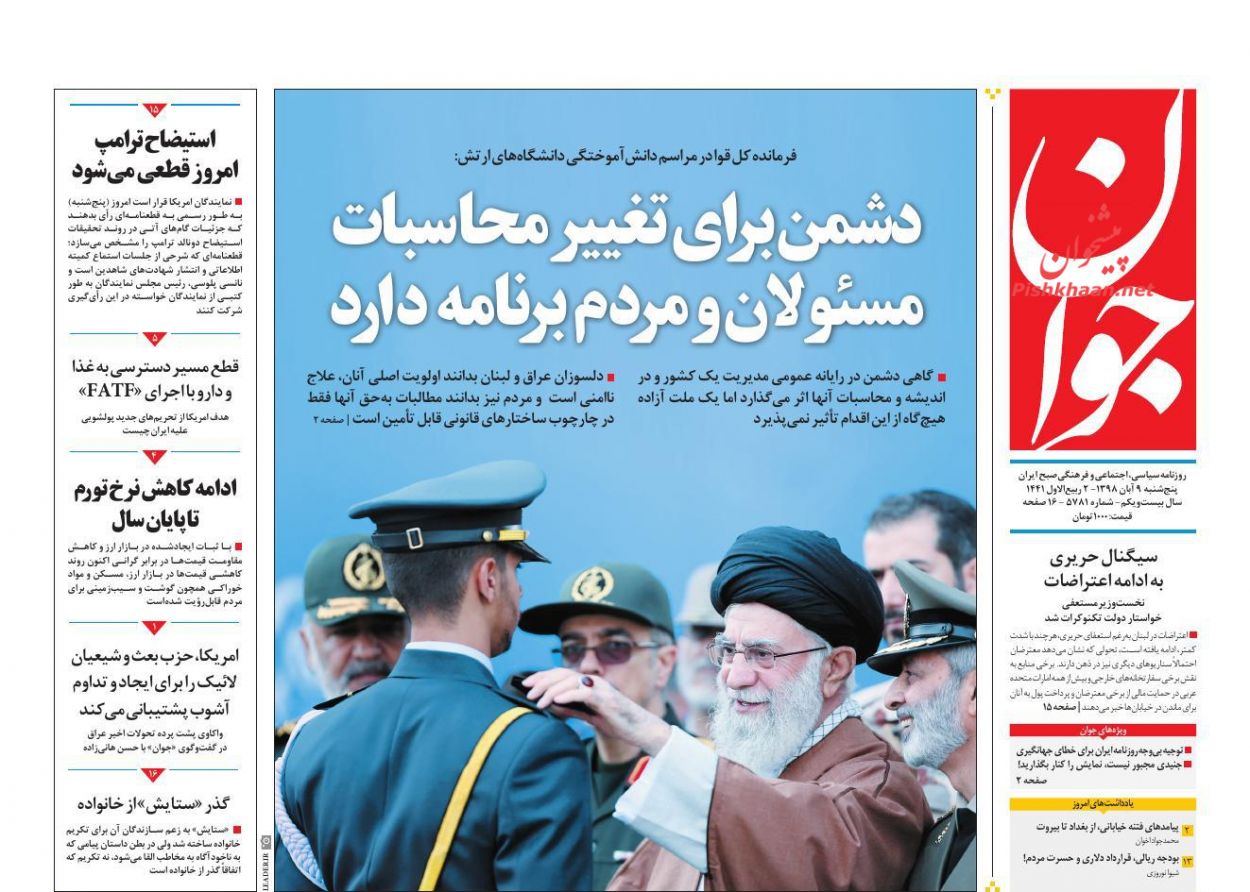 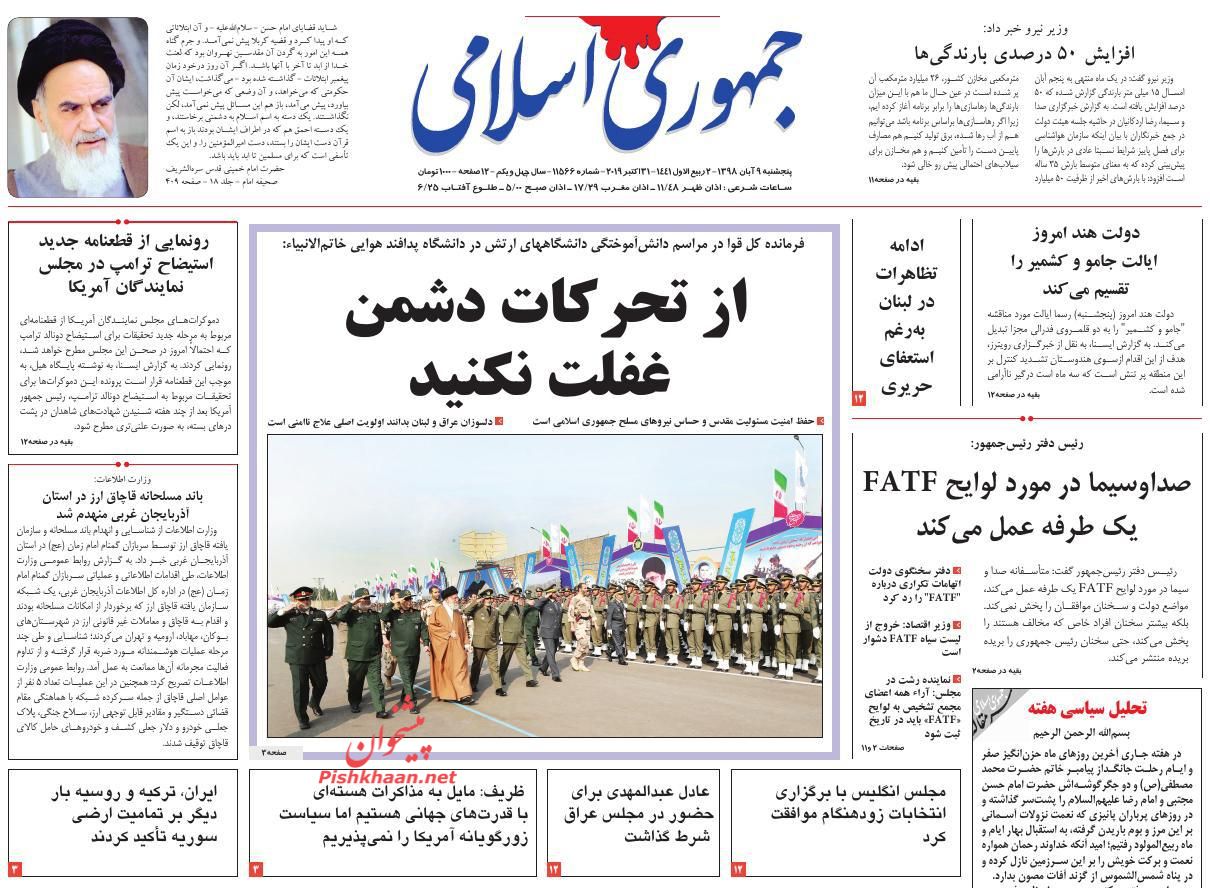 Kayhan:
1- Washington Has No New Instrument for Banning Iran Except Through FATF
2- Western Intel. Services, Reactionary States’ Petrodollars behind Chaos in Lebanon, Iraq: Leader
3- Atwan’s Reaction to Arab Leaders’ Moves in Iraq, Lebanon: US Will Leave You Alone 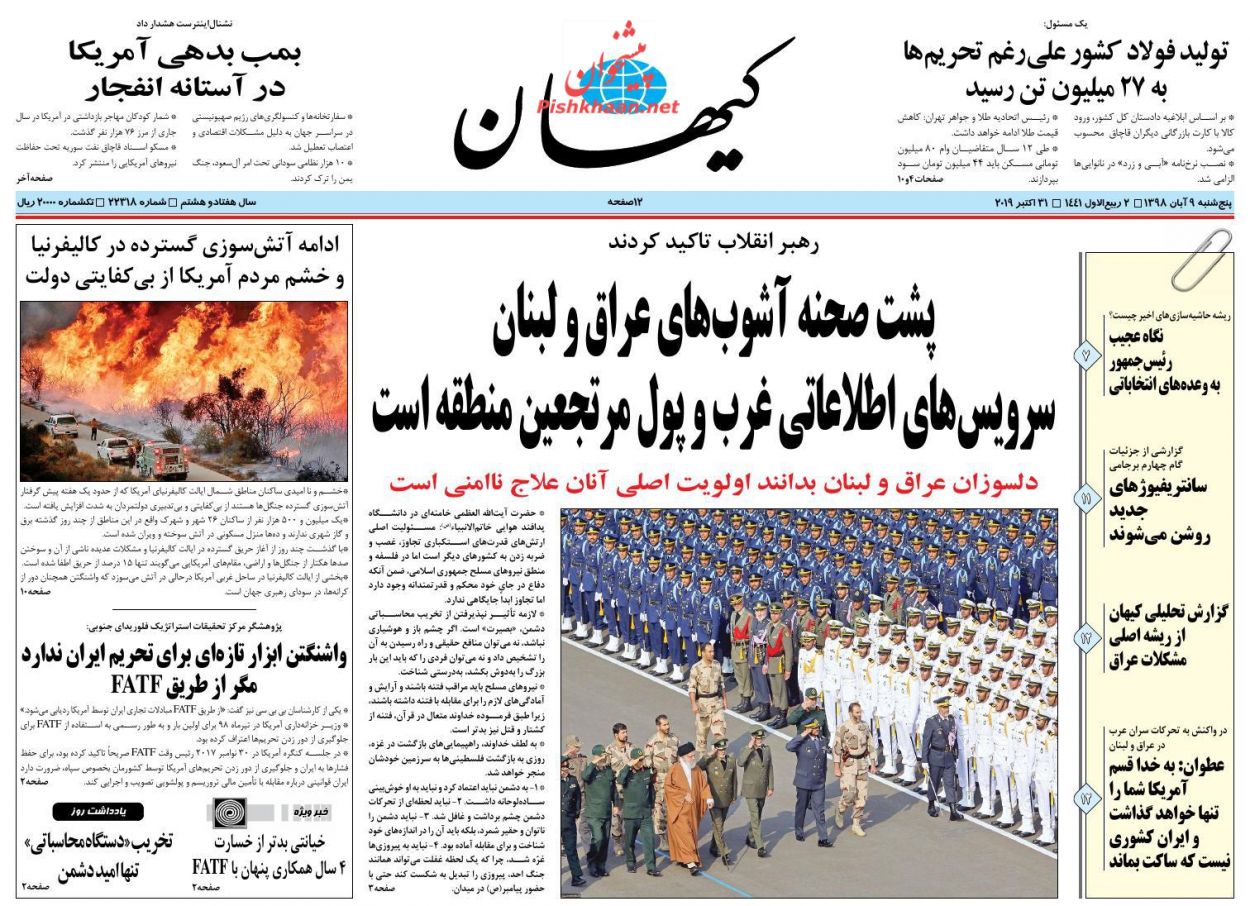