IFP has taken a look at the front pages of Iranian newspapers on Monday, October 14, 2019, and picked headlines from 8 of them. IFP has simply translated the headlines and does not vouch for their accuracy.

2- Iran Leader: Right End of Yemen War to Have Positive Impacts on Region

3- Imran Khan: We Don’t Want a New War Break Out in Region 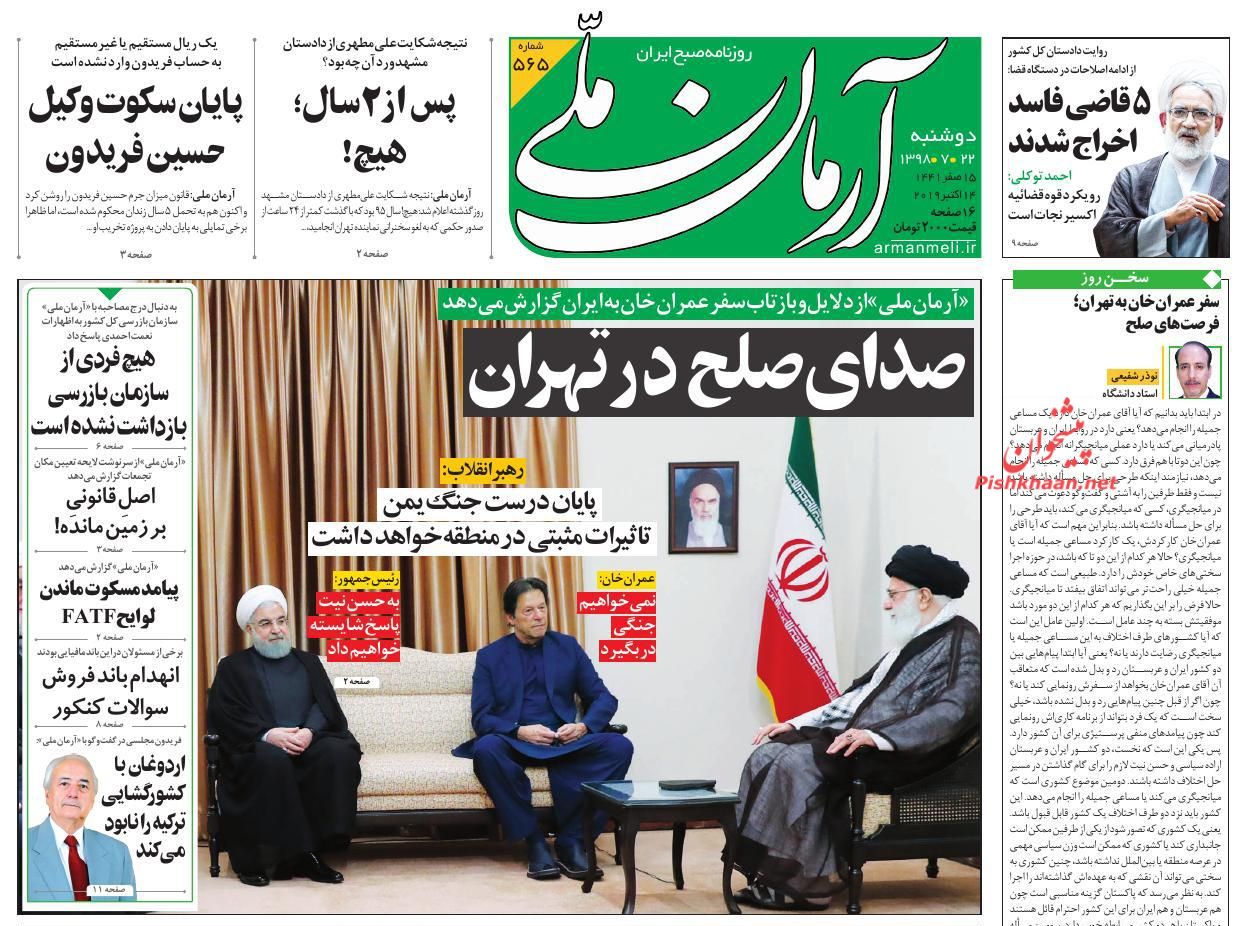 * SDF Commander Urges US to Be Clear about Their Fate 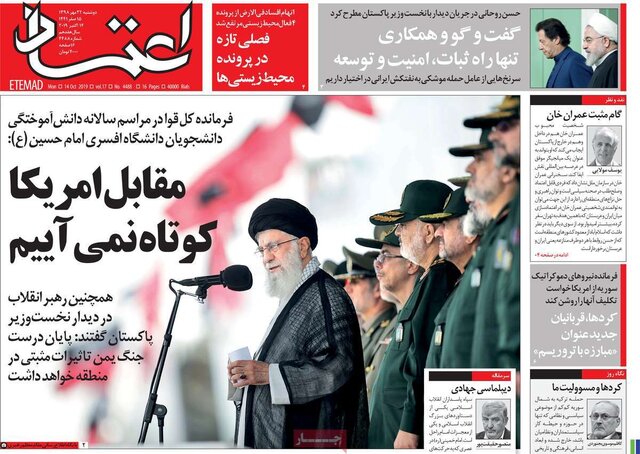 1- Trump: US Invasion of Iraq Made Mideast Insecure

2- Rouhani: The Country that Creates Insecurity in Region Will Receive Response 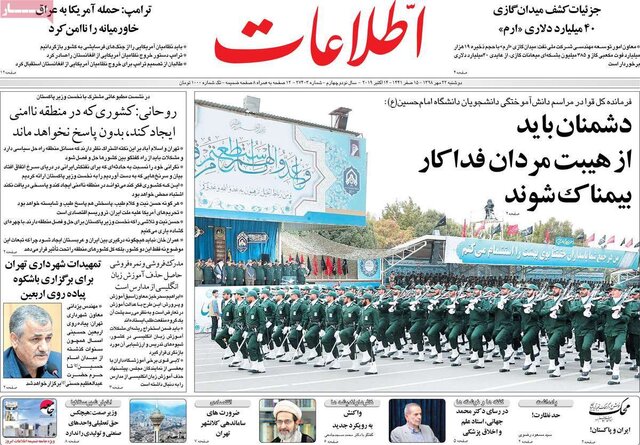 2- We Won’t Back Off against US: Iran Leader 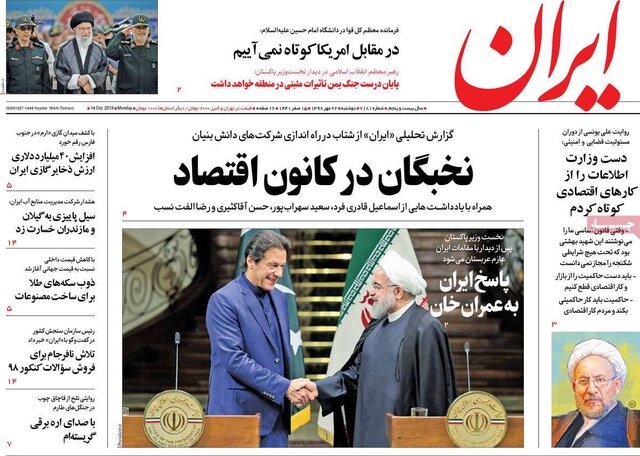 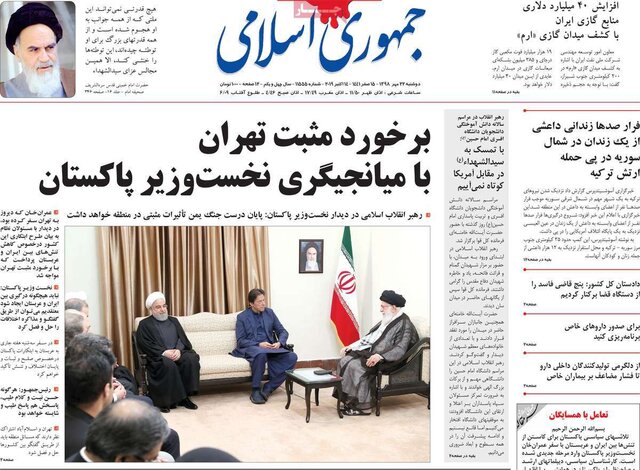 4- Kurdish Militia Commander: US Left Us to Be Butchered 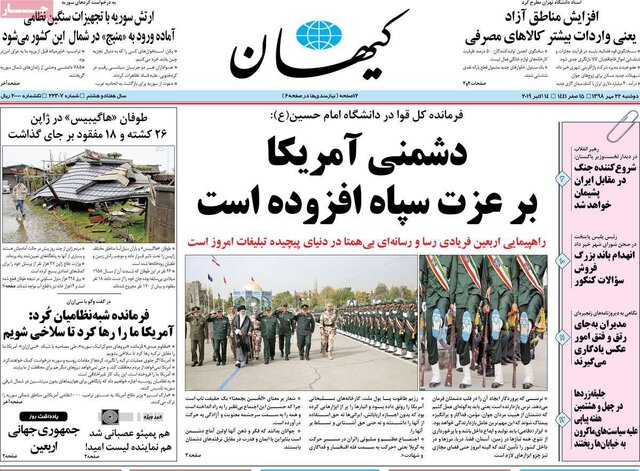 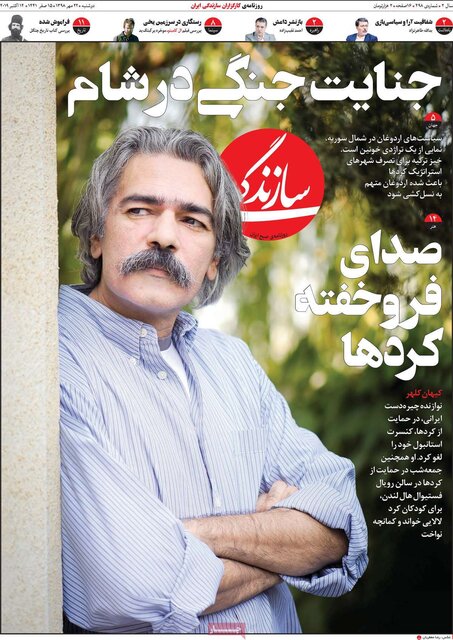 1- Fate of Palermo Convention in Rouhani’s Hands: Will Rouhani Bring It into Force?

2- Imran Khan: We Don’t Want to See Another Conflict in Region

4- Red Carpet for Tsar: Russia, Saudi Arabia Expanding Ties in Absence of US 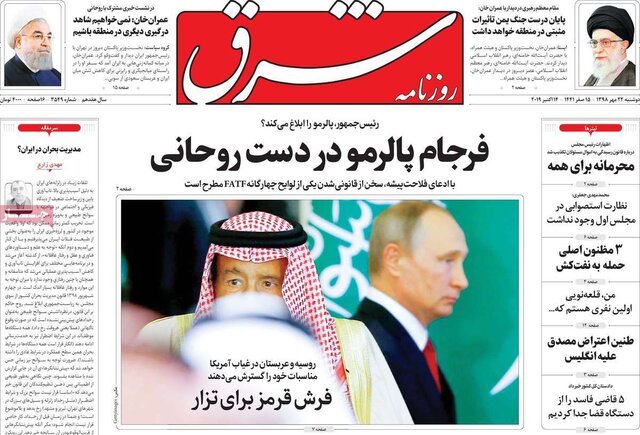