IFP has taken a look at the front pages of Iranian newspapers on Monday, November 2, 2020, and picked headlines from 13 of them. IFP has simply translated the headlines and does not vouch for their accuracy.

1- EU Worse than China, but in Smaller Scale

2- Post-Election Riots in US 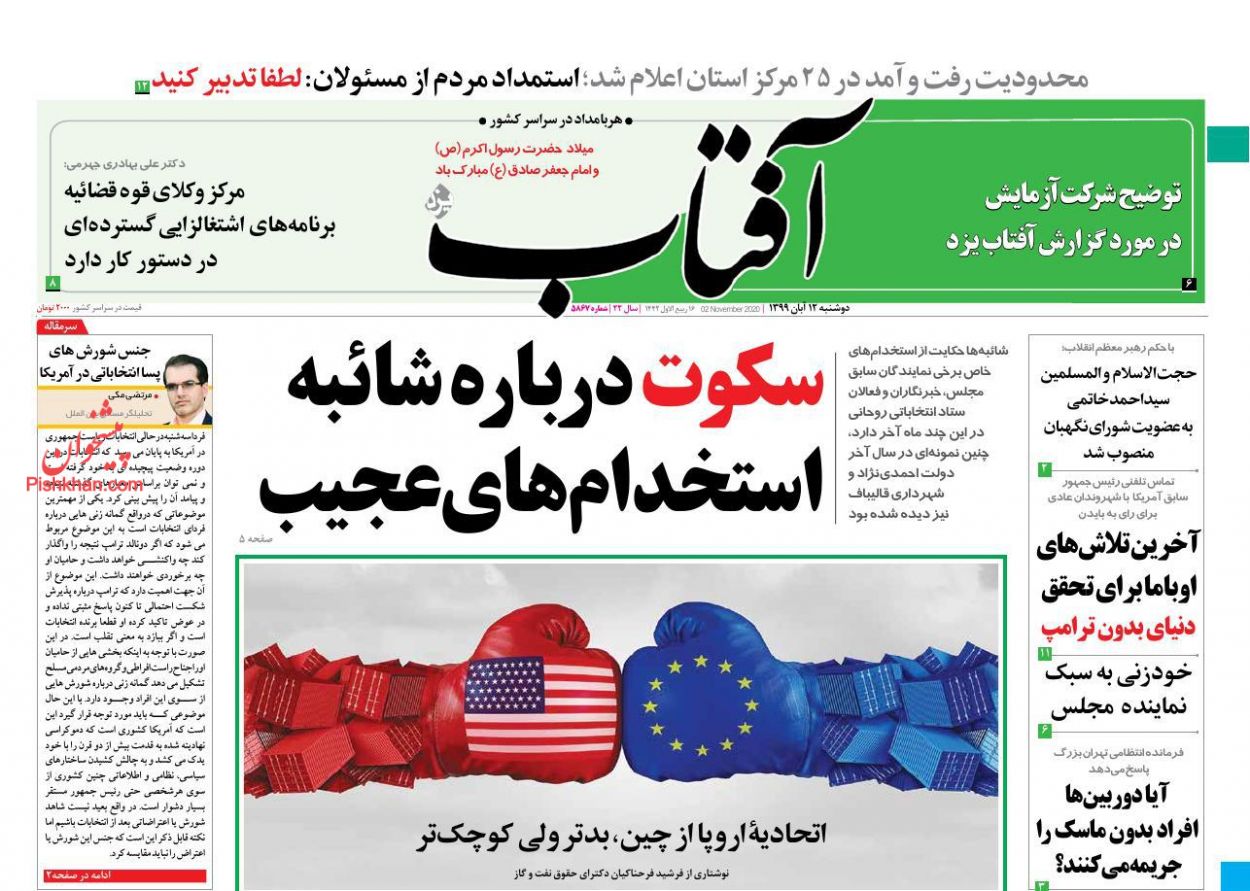 1- Iran Must Change Its Approach: Analyst

2- FM Warns about Presence of Terrorists Near Iran Borders 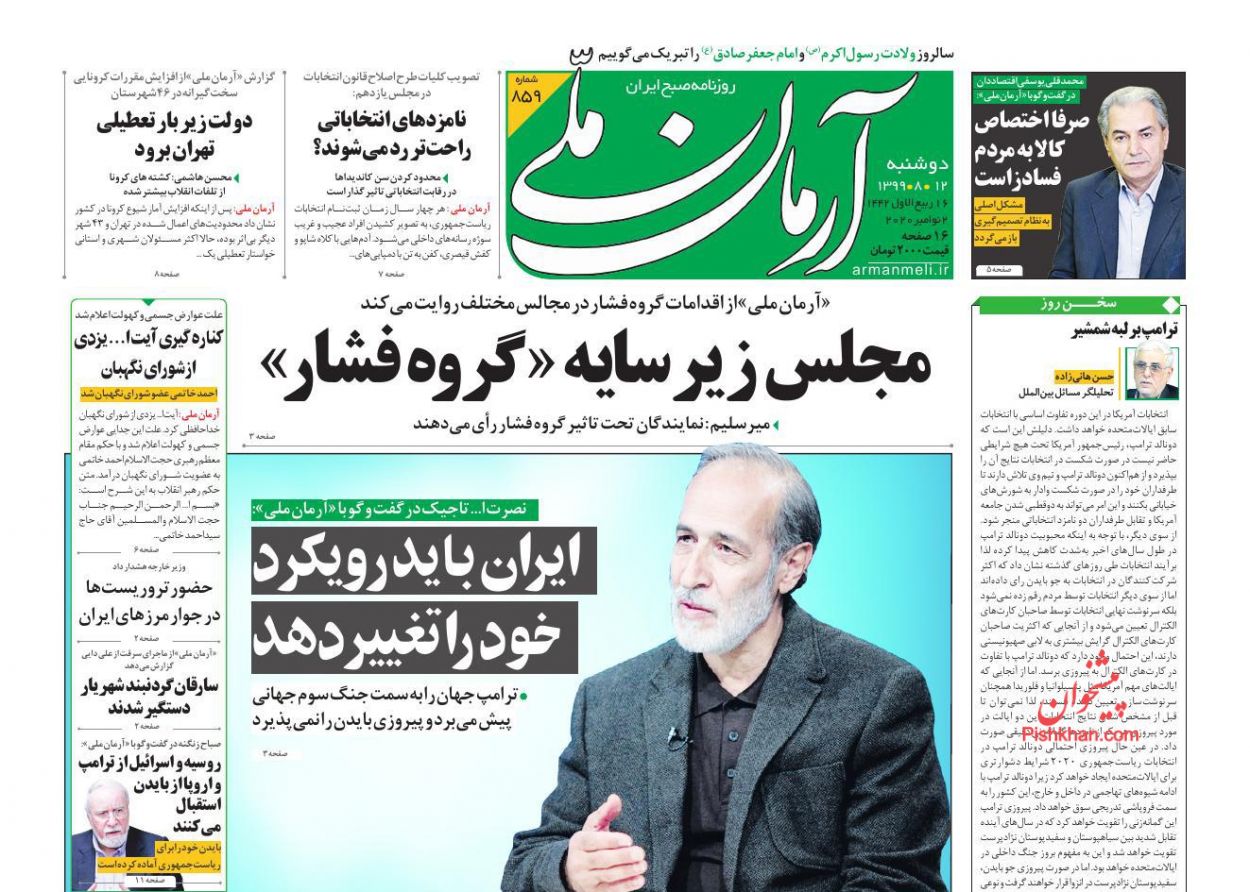 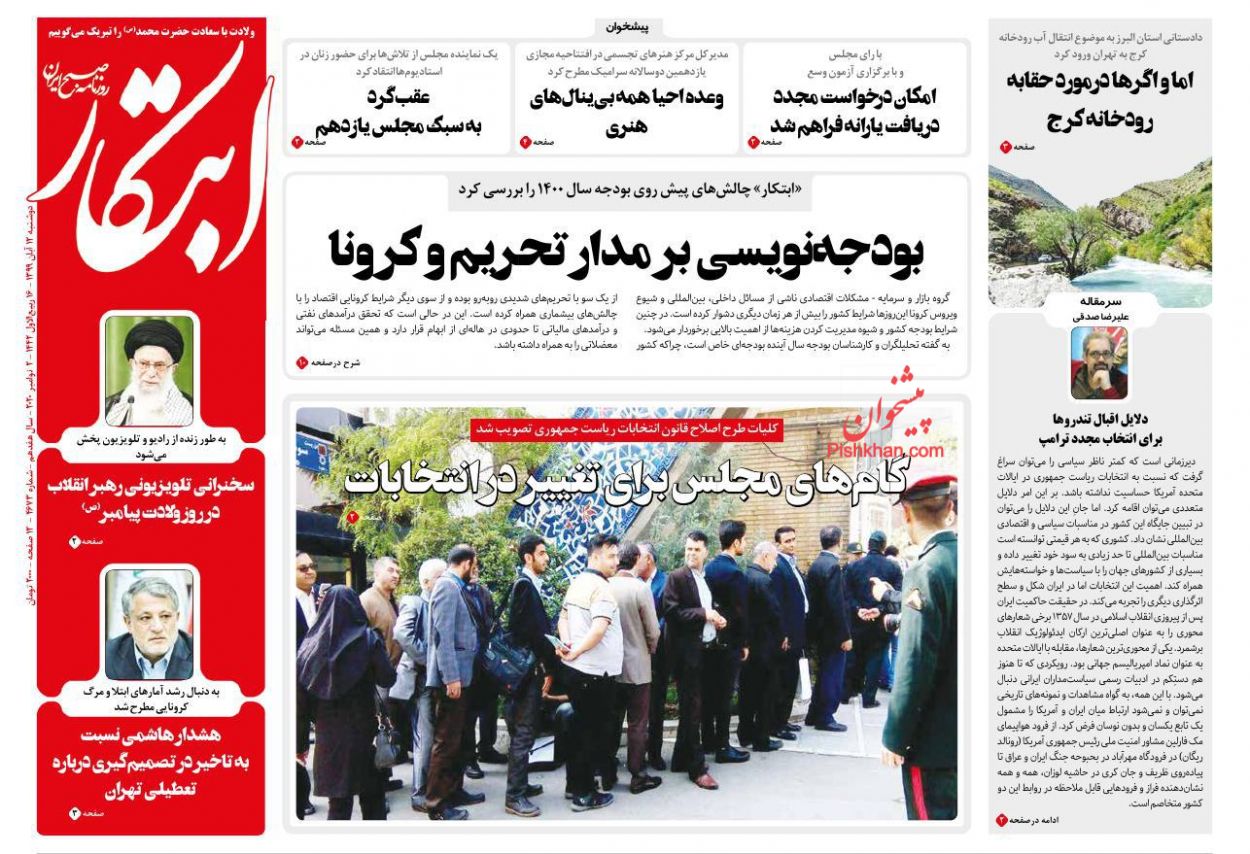 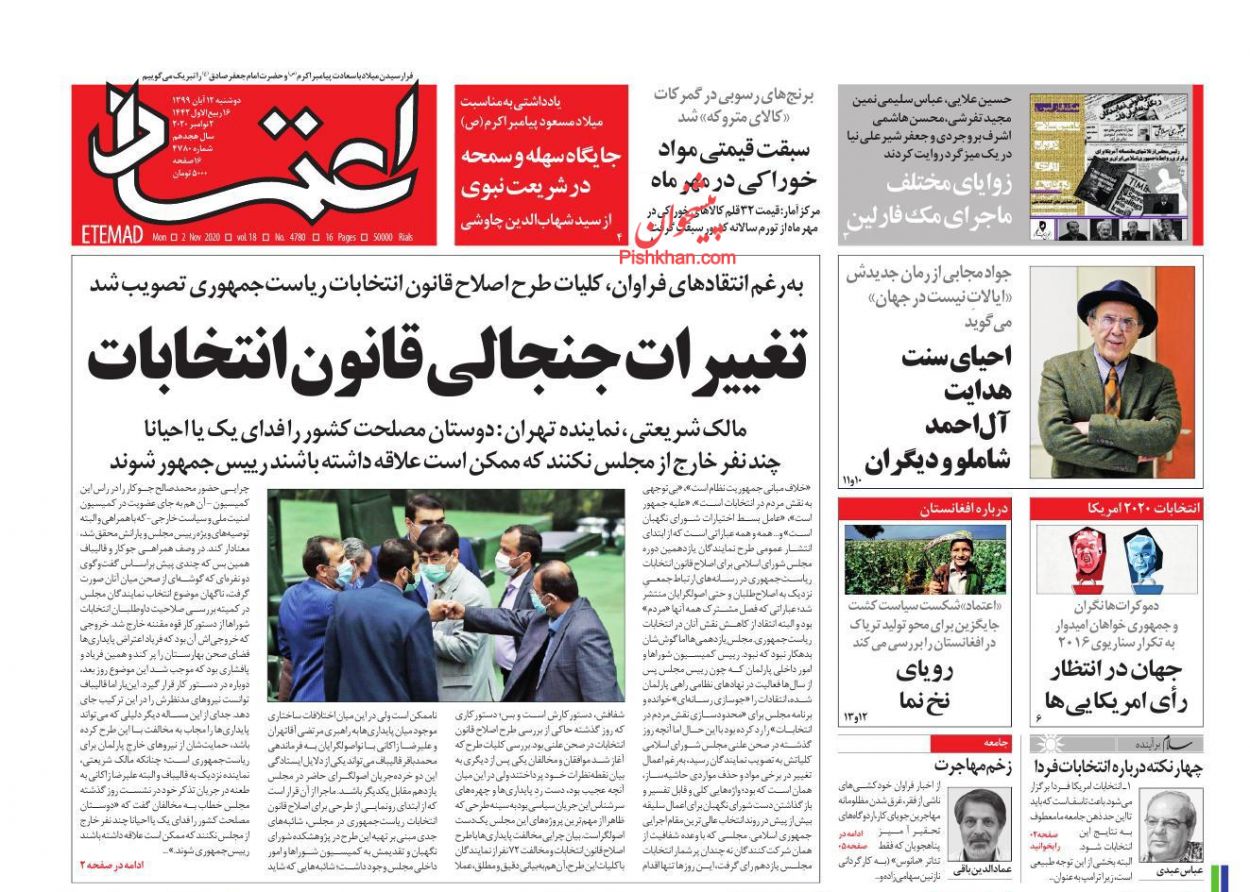 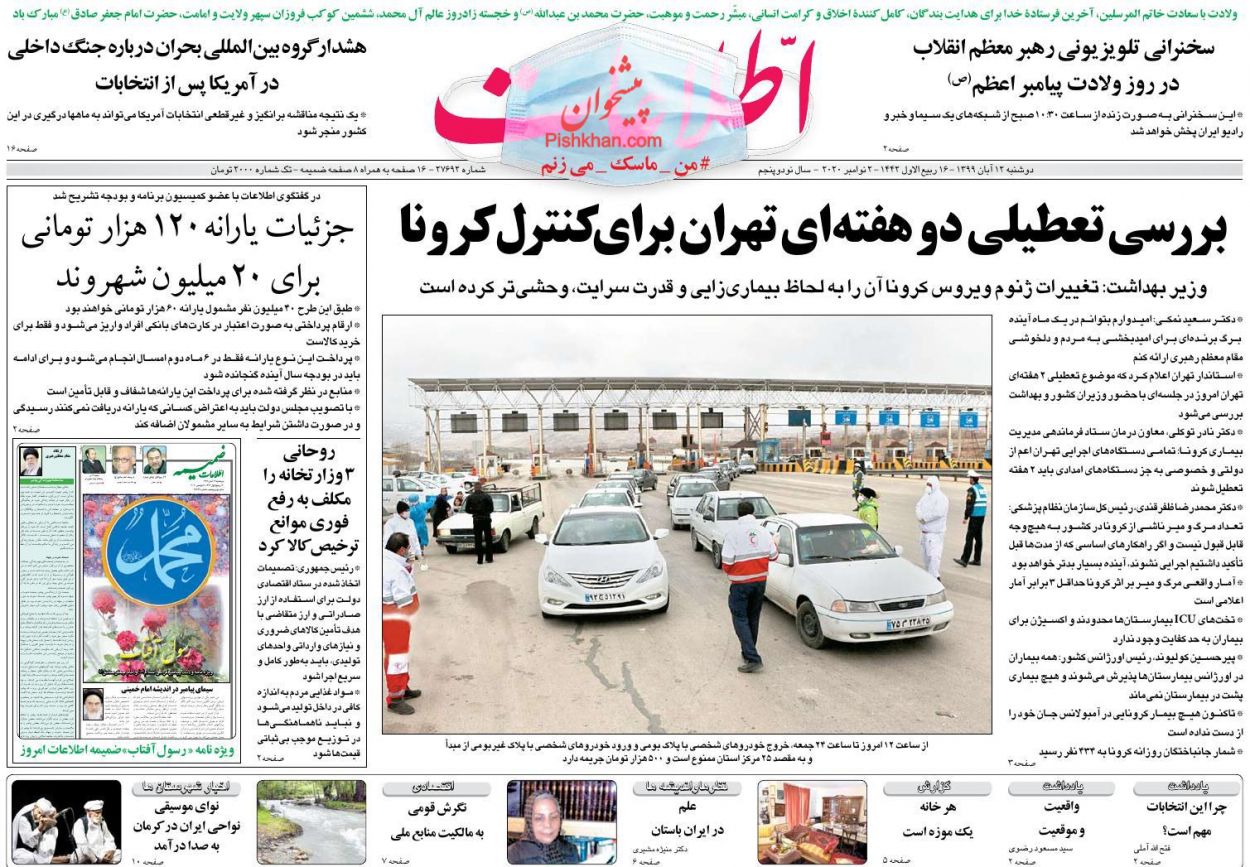 1- Shadow of Civil War in US 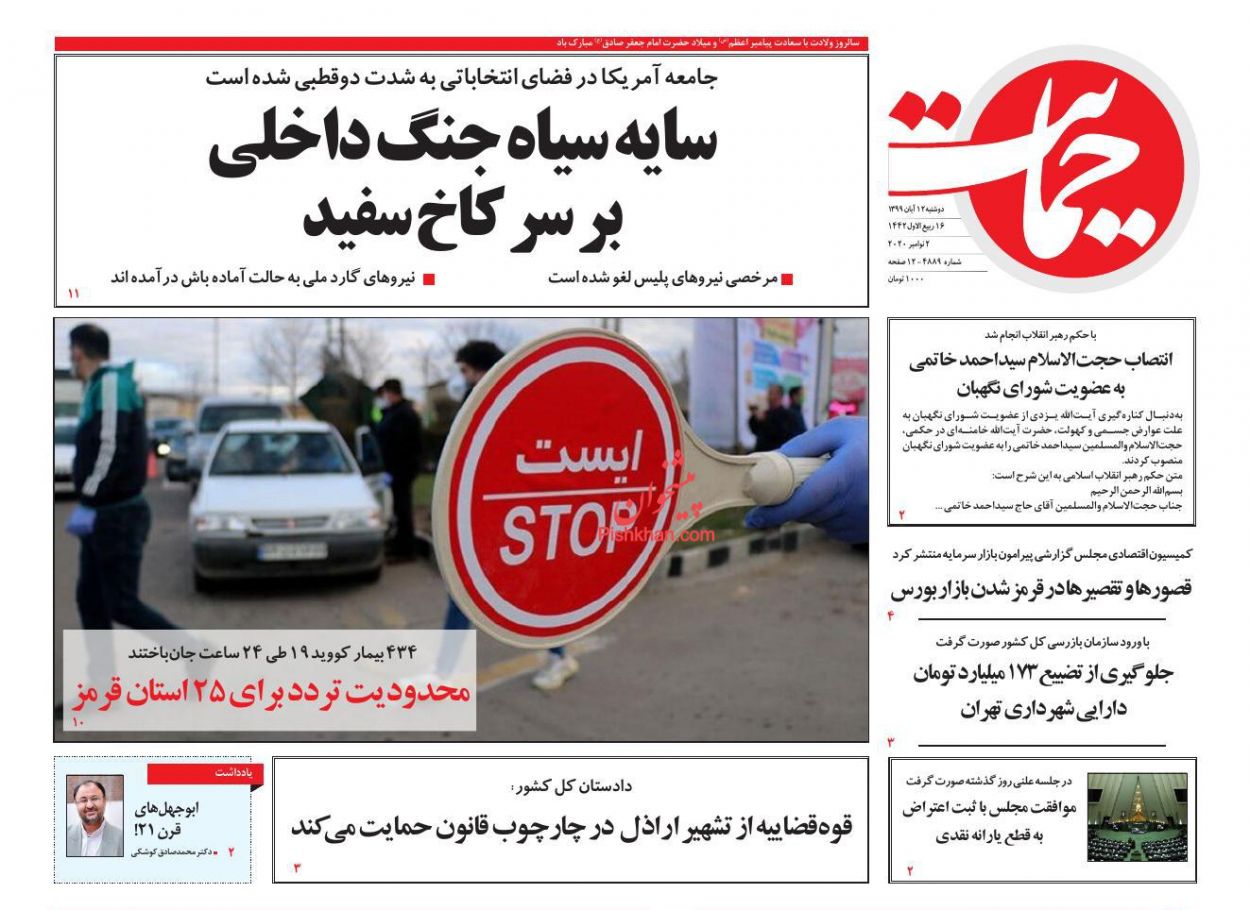 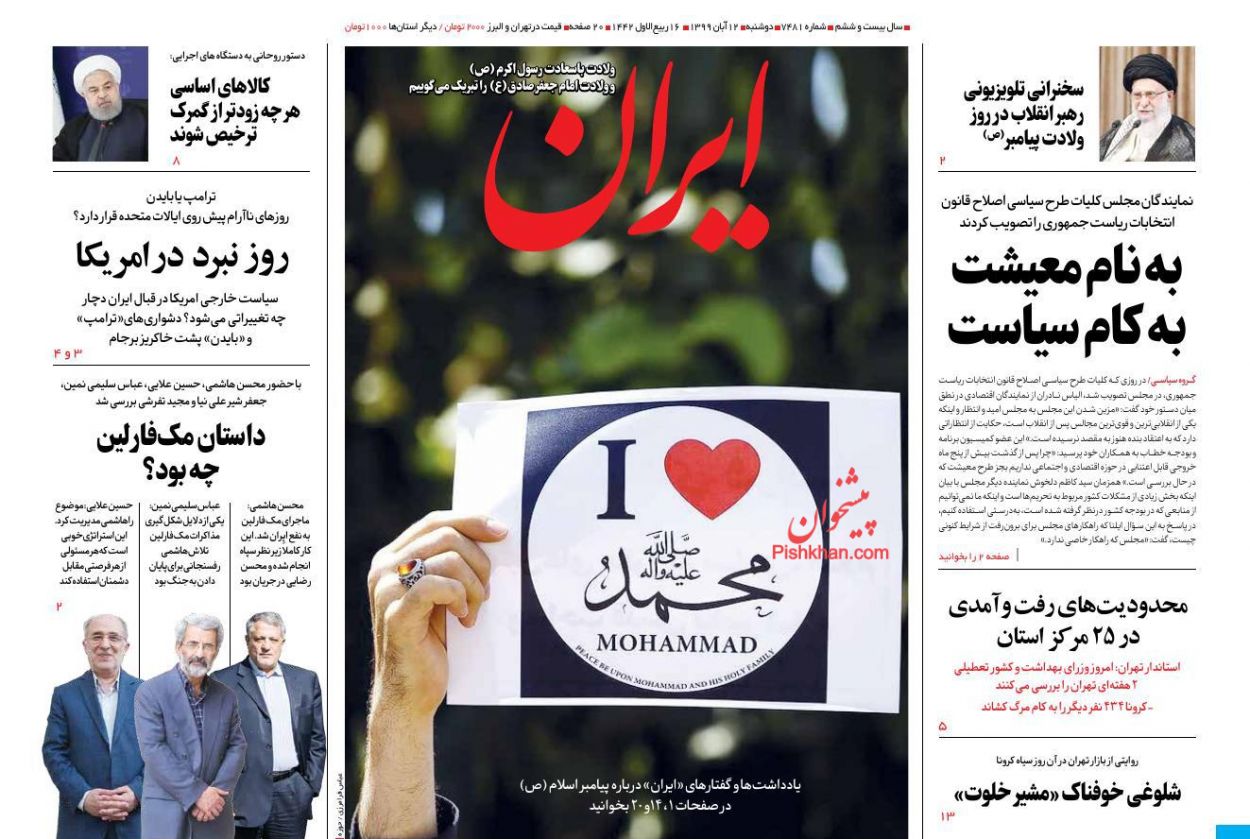 1- Americans Competing in Hostility towards Iran 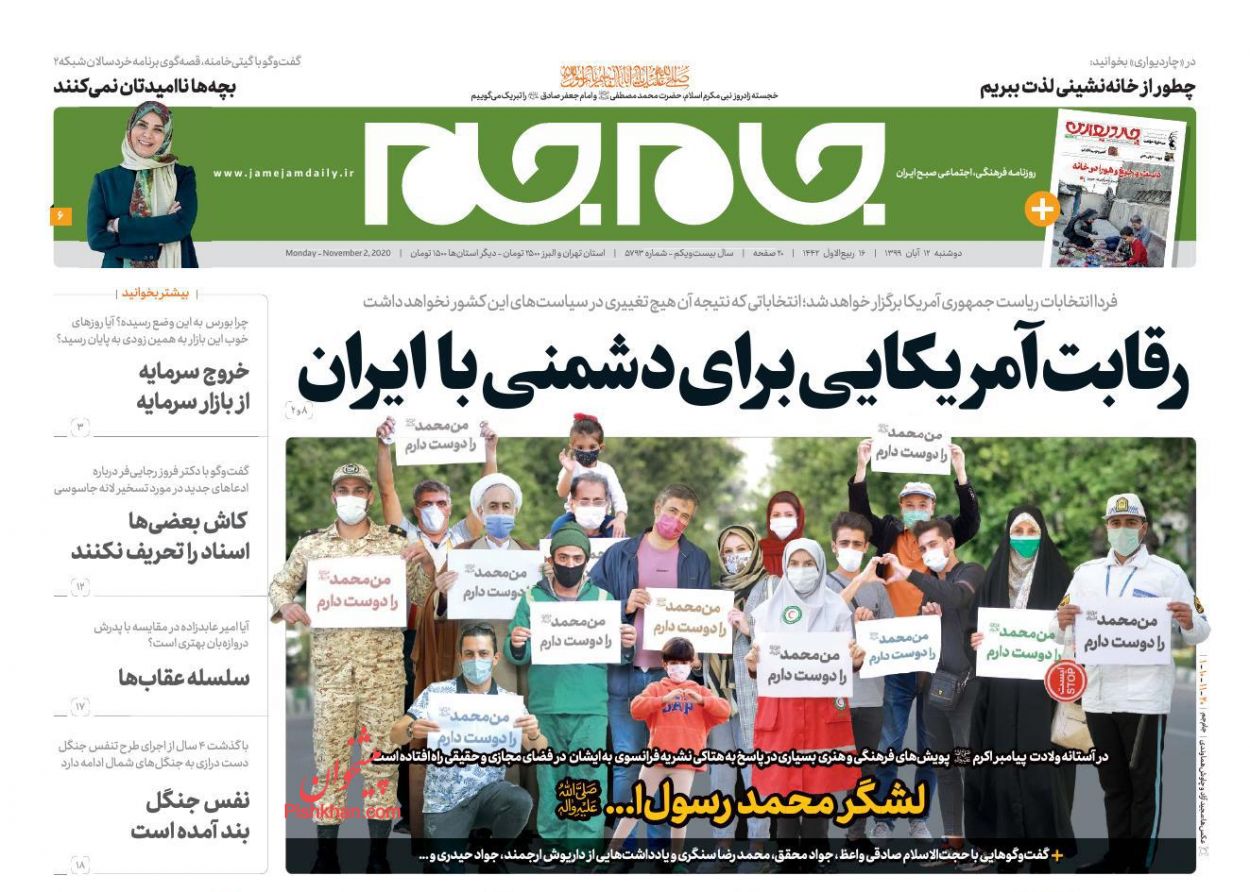 1- Tensions of the United States! 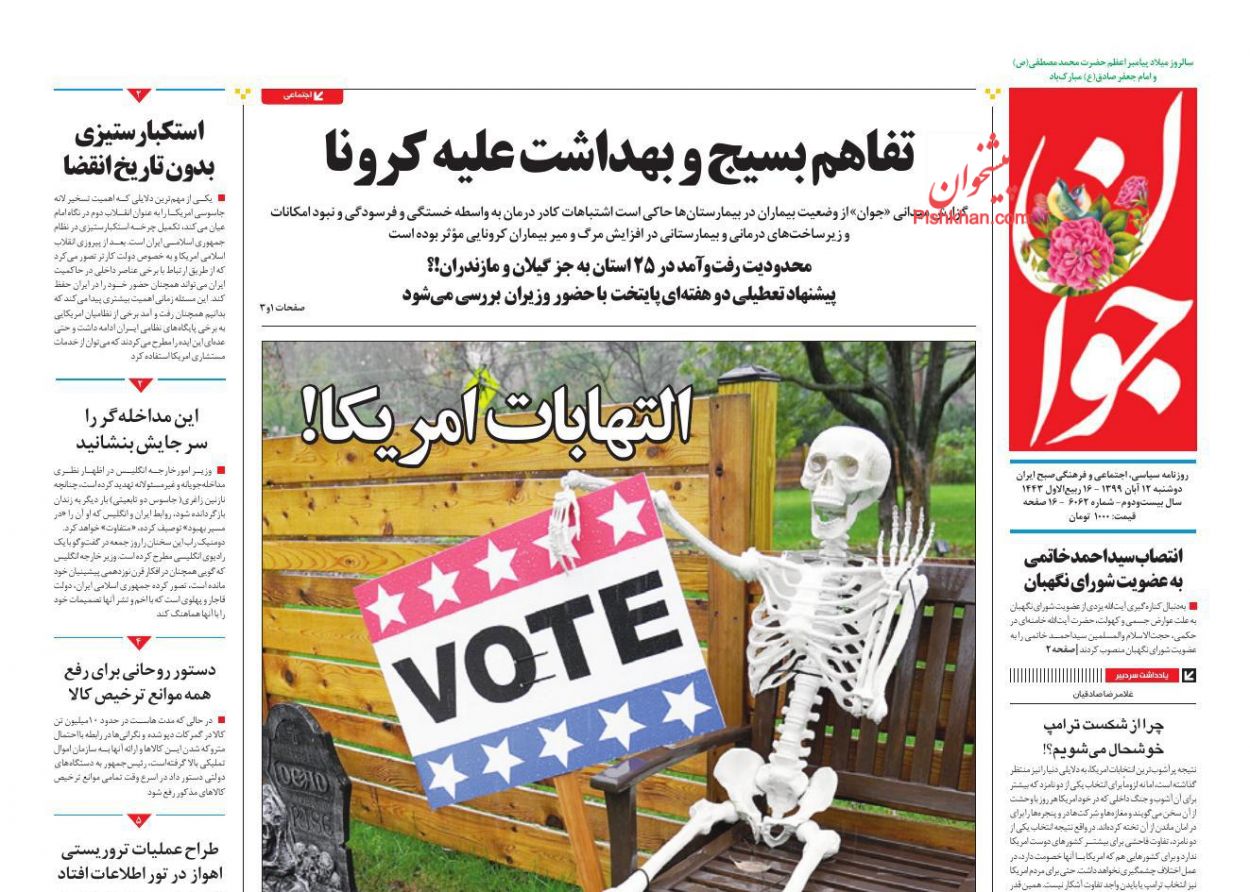 1- Mismanagement, Not Sanctions, Is to Blame for Price Hikes

4- Fans of Trump, Biden Clash with Each Other

5- Elections in US, Hostage-Taking in Iran! 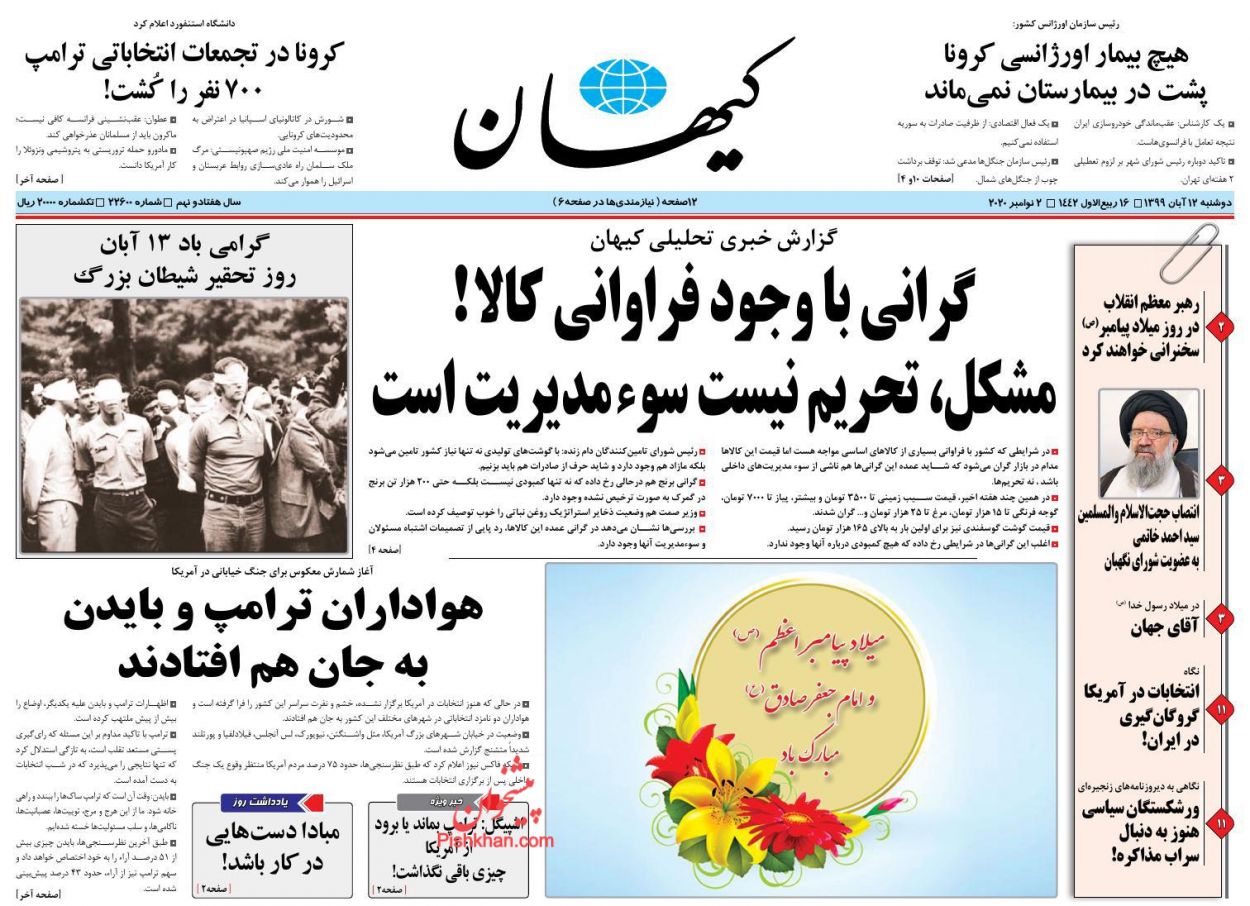 1- US Big Gamble on Electoral Votes

2- Zarif Strongly Warns about Presence of Terrorists in Karabakh 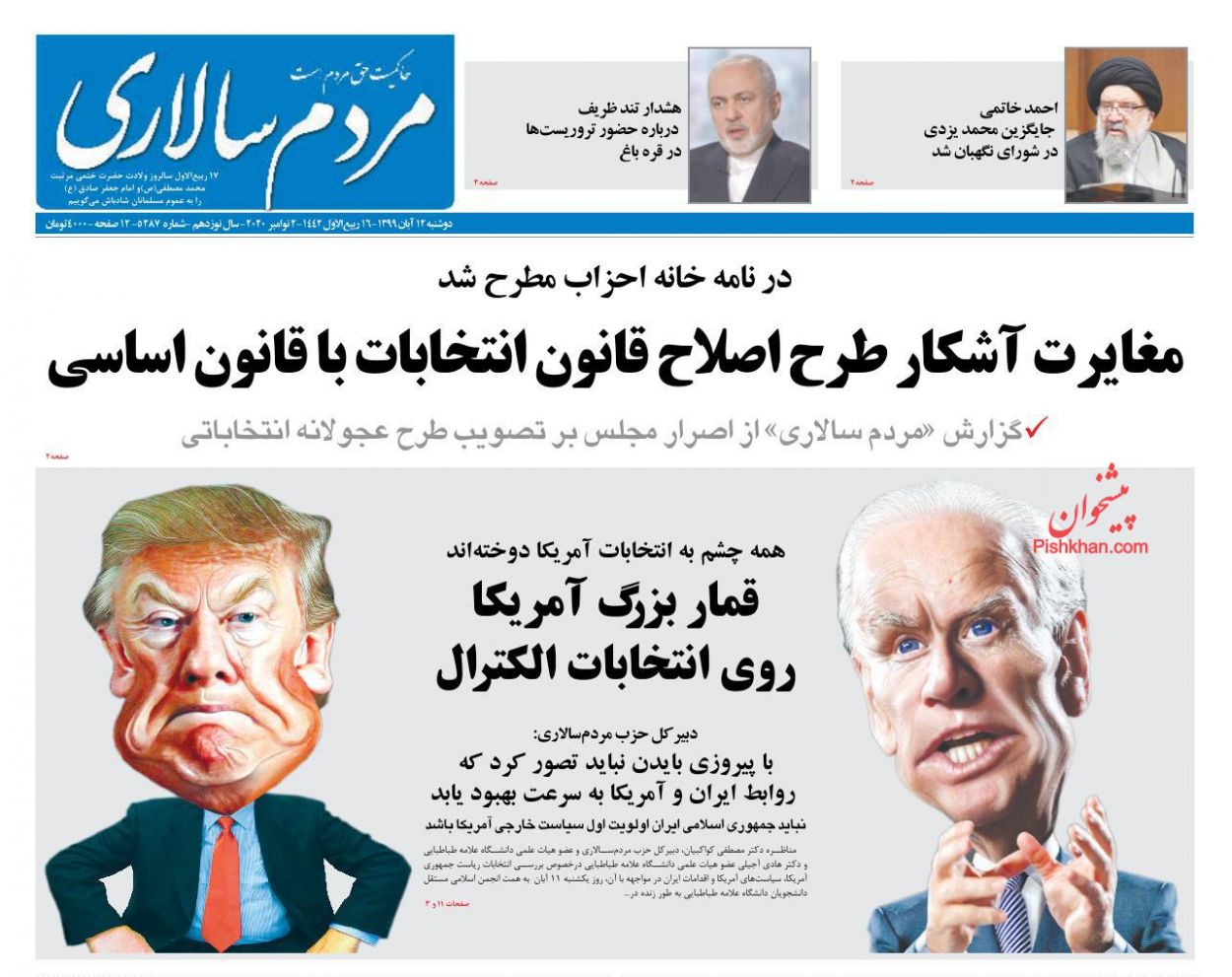 1- Red Crescent Distributing Masks, Give Instructions to Poor People in Southern Tehran by Going to Their Houses 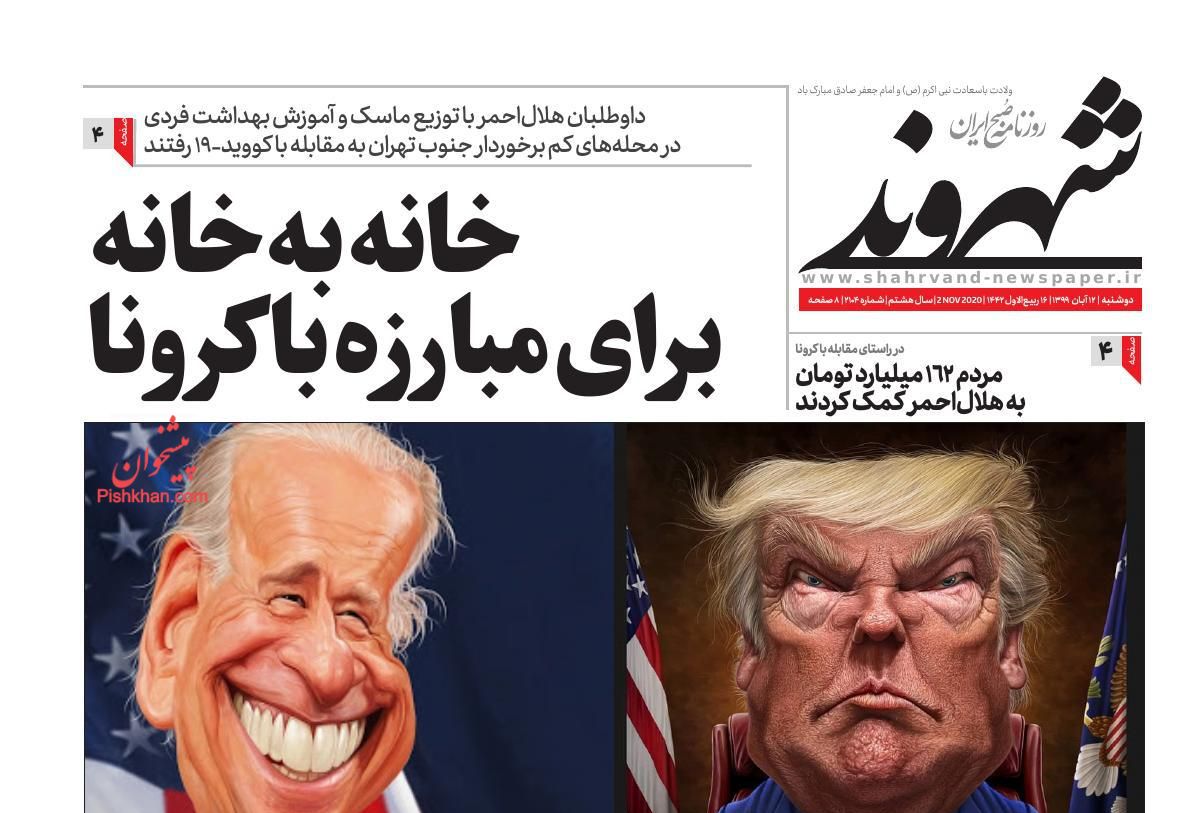 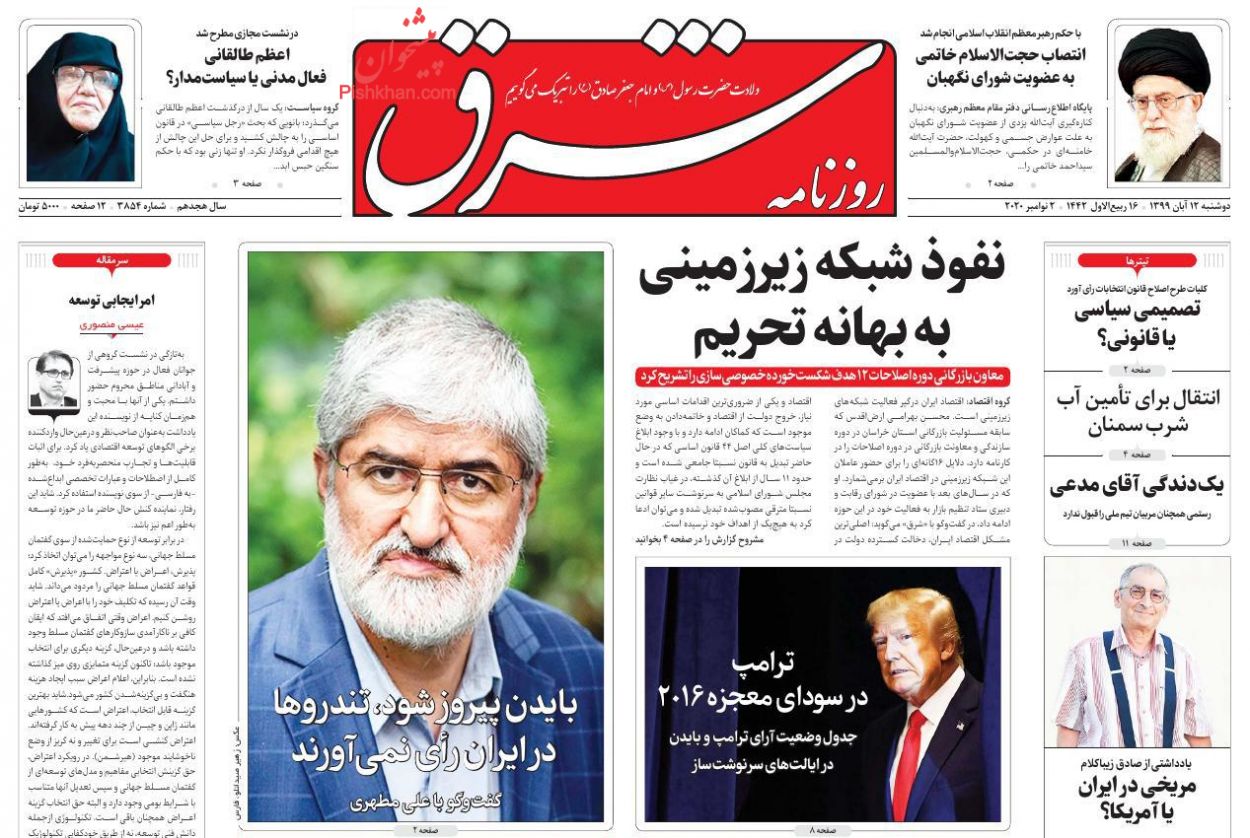