IFP has taken a look at the front pages of Iranian newspapers on Saturday, June 27, 2020, and picked headlines from 11 of them. IFP has simply translated the headlines and does not vouch for their accuracy.

1- Defenders of Iran’s Airspace Ready to Respond to Any Threat: General
2- Iran’s Presidential Election Law to Be Revised This Year 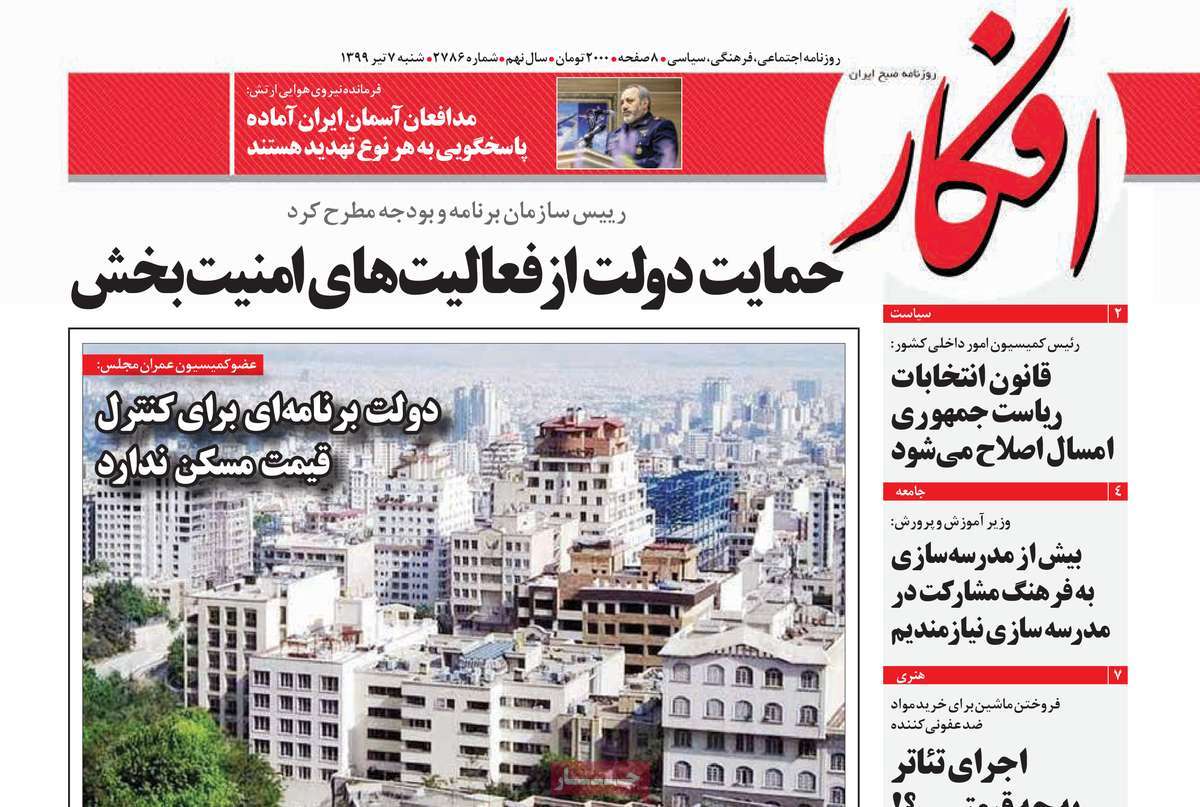 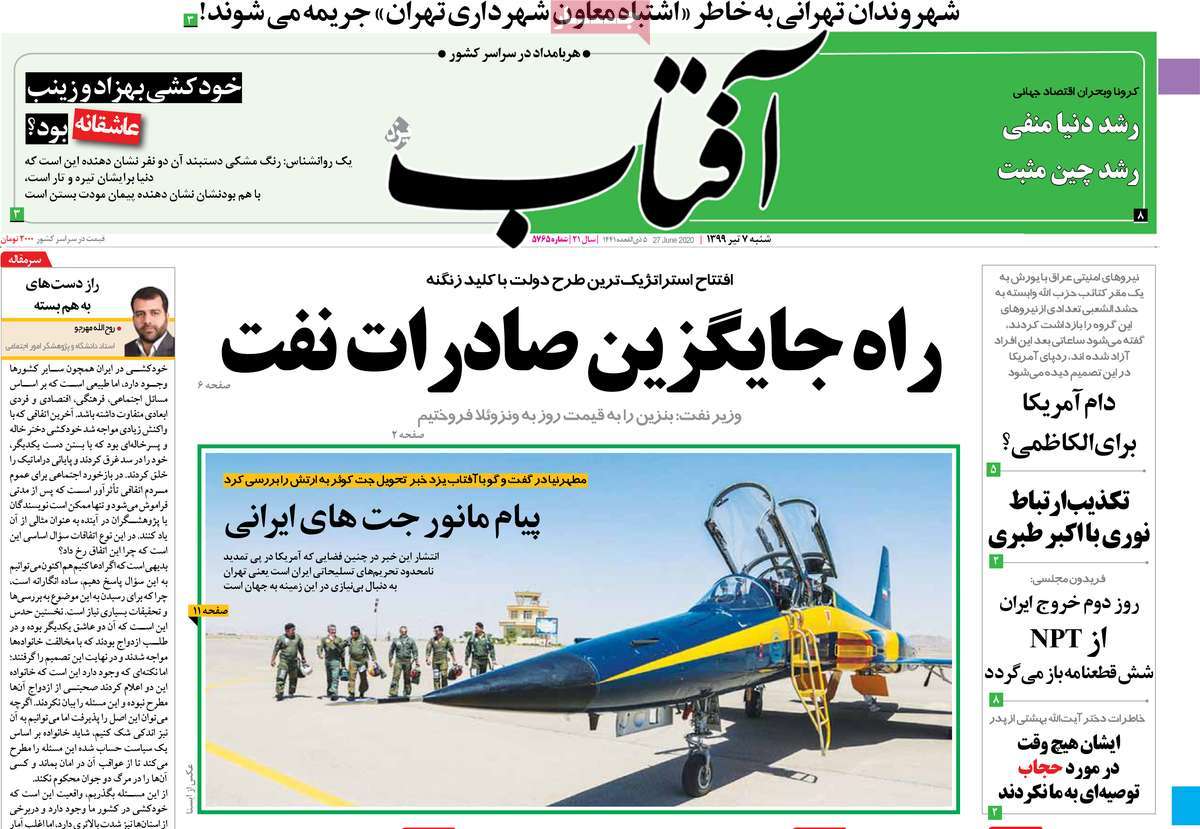 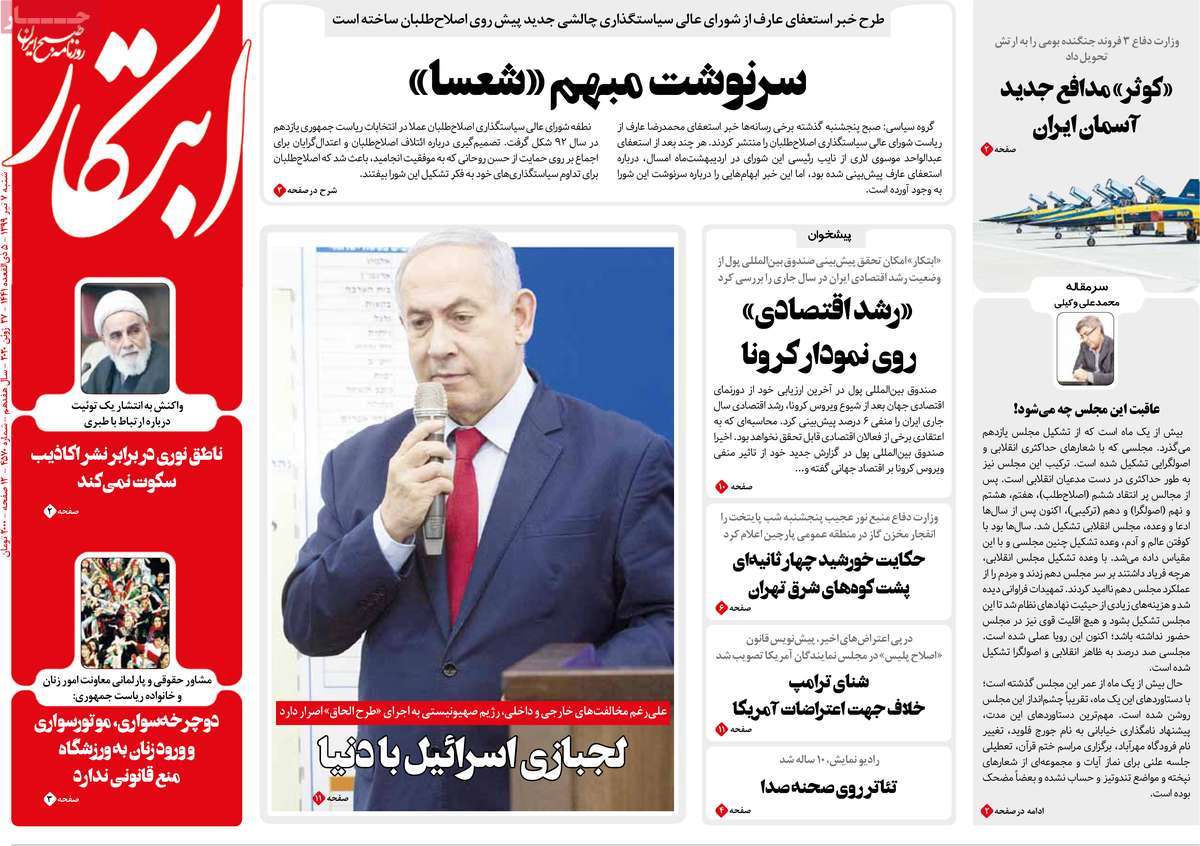 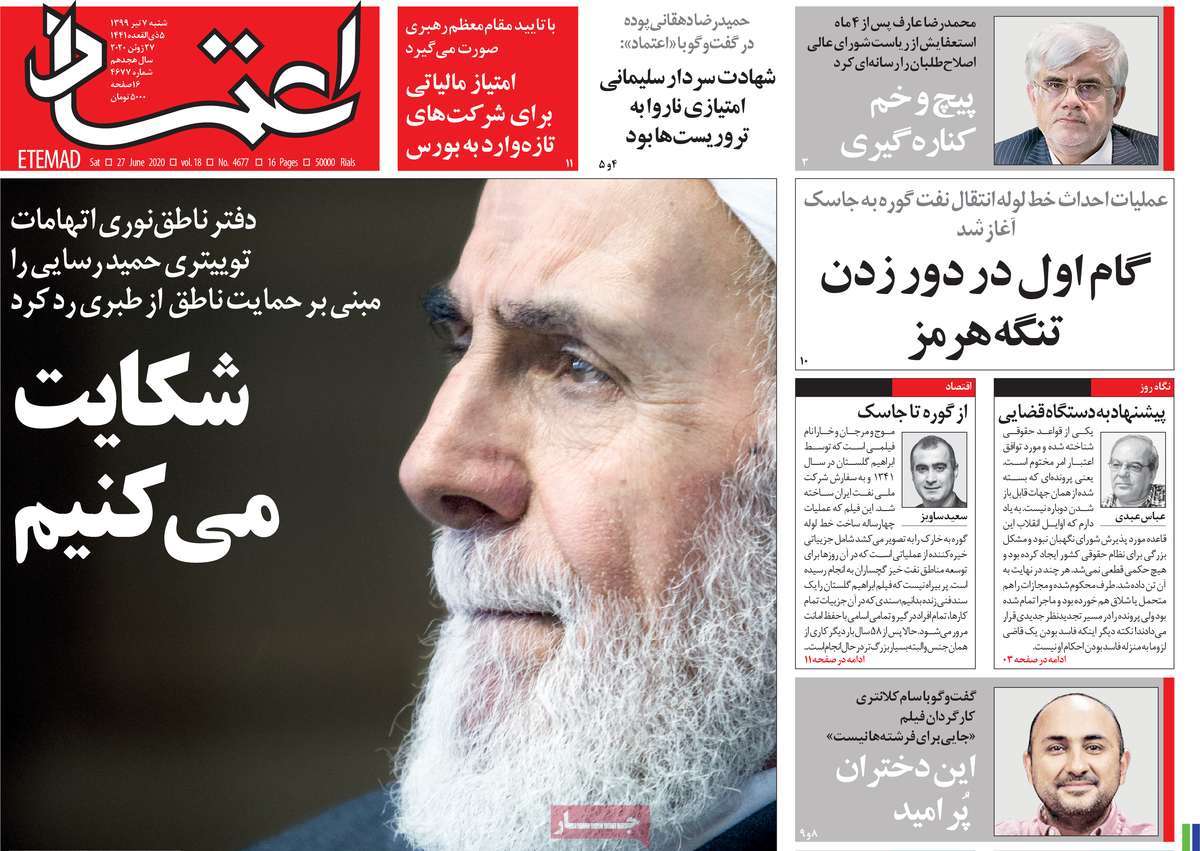 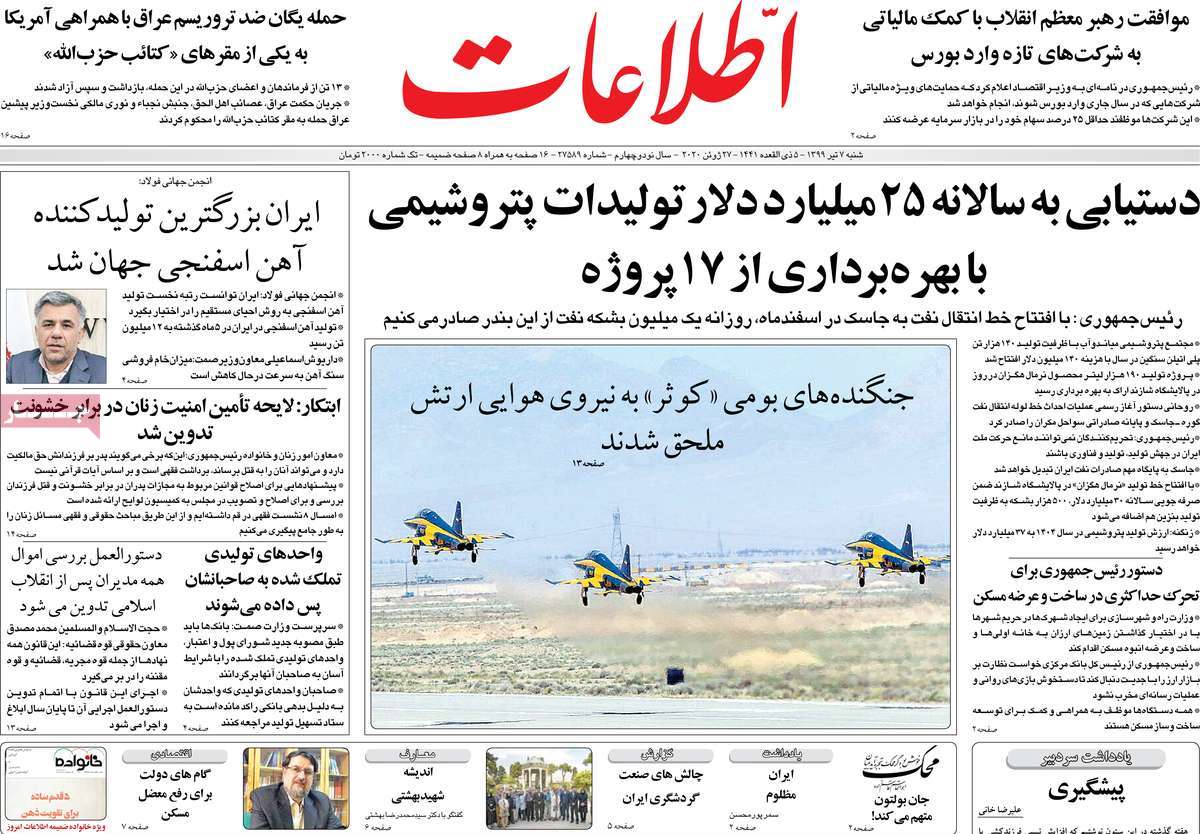 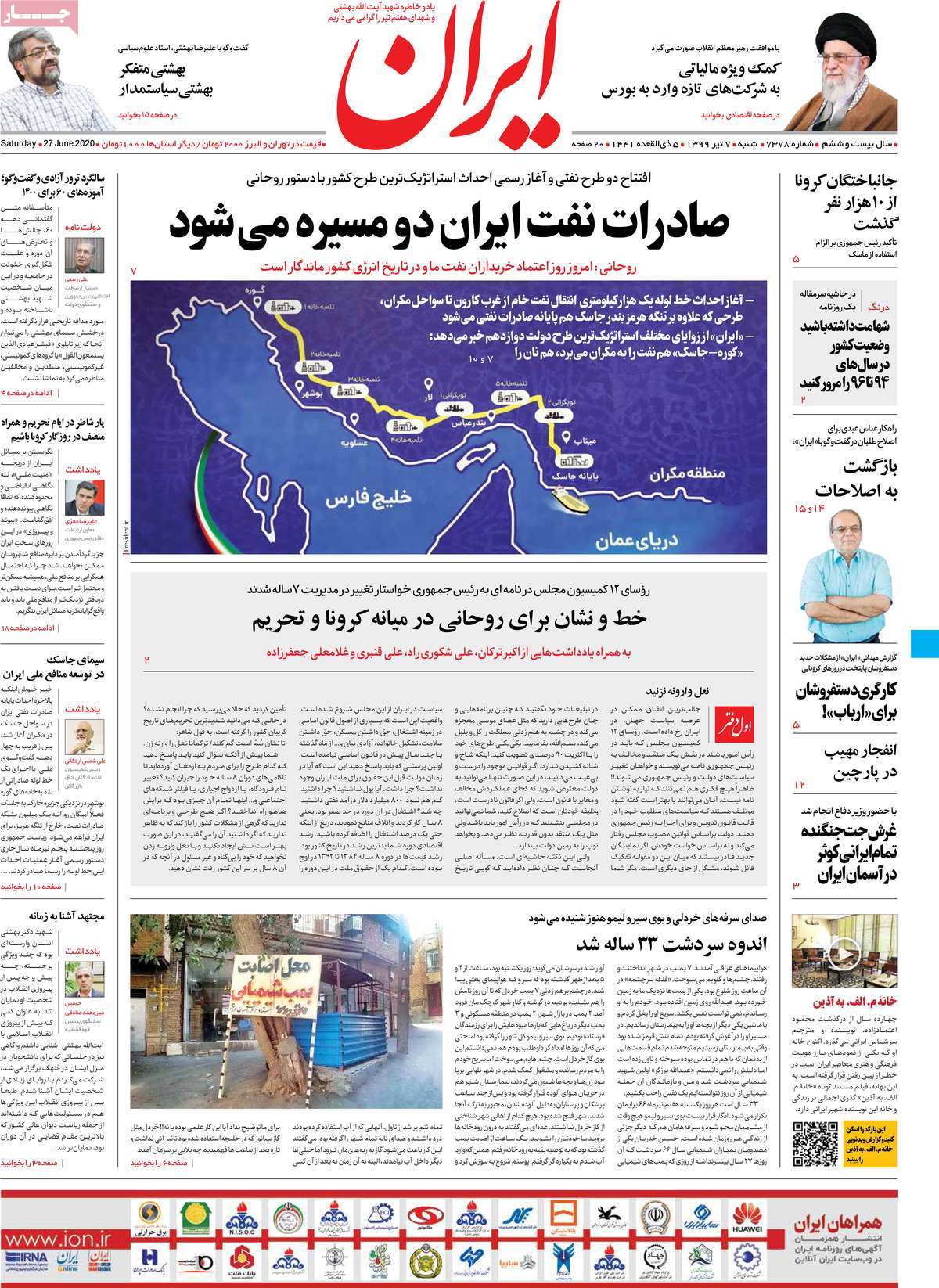 1- Trump: Situation in 20 US Cities Even Worse than Guatemala
2- Kowsar Fighter Flies with Iranian-Made Turbojet Engine 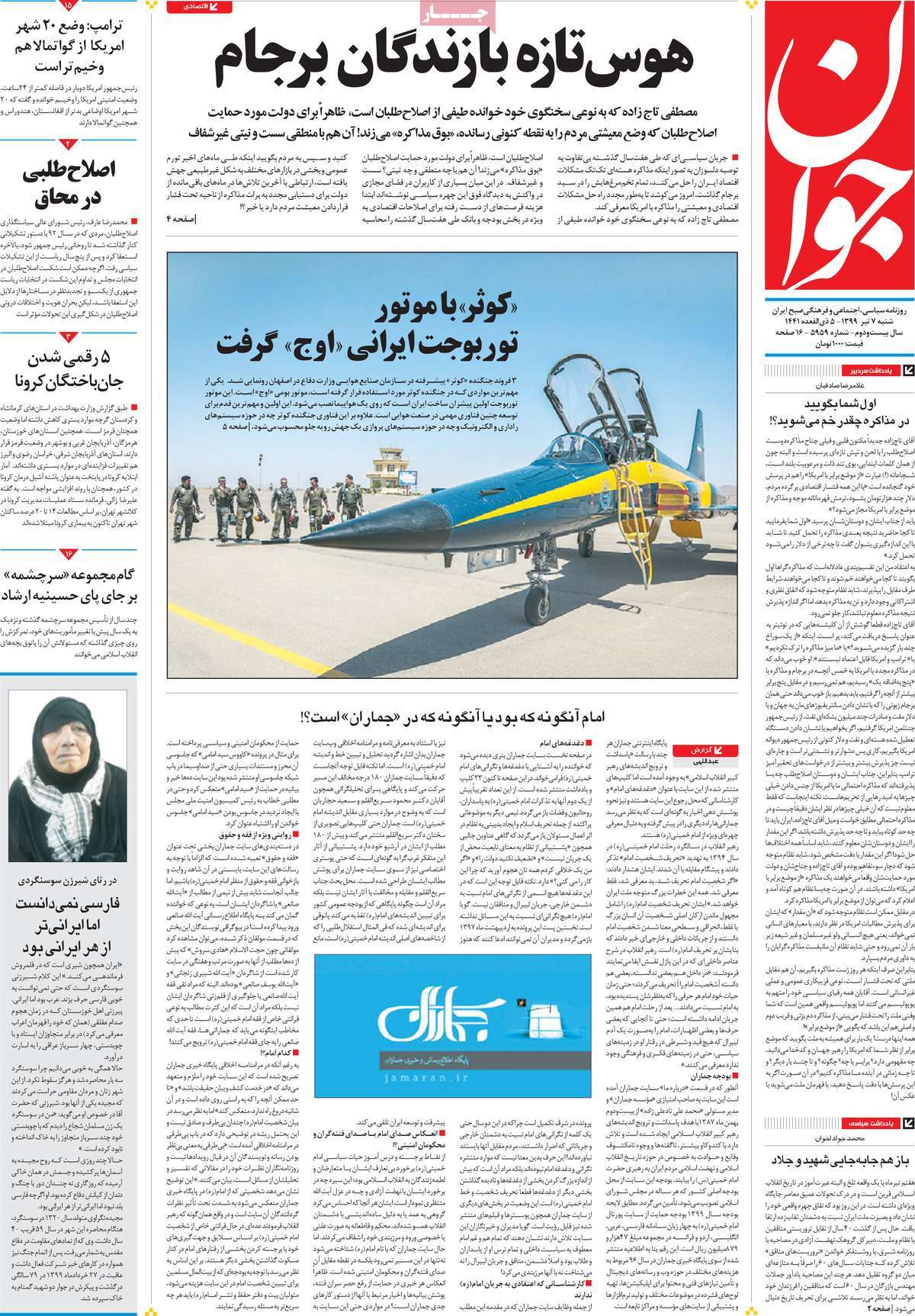 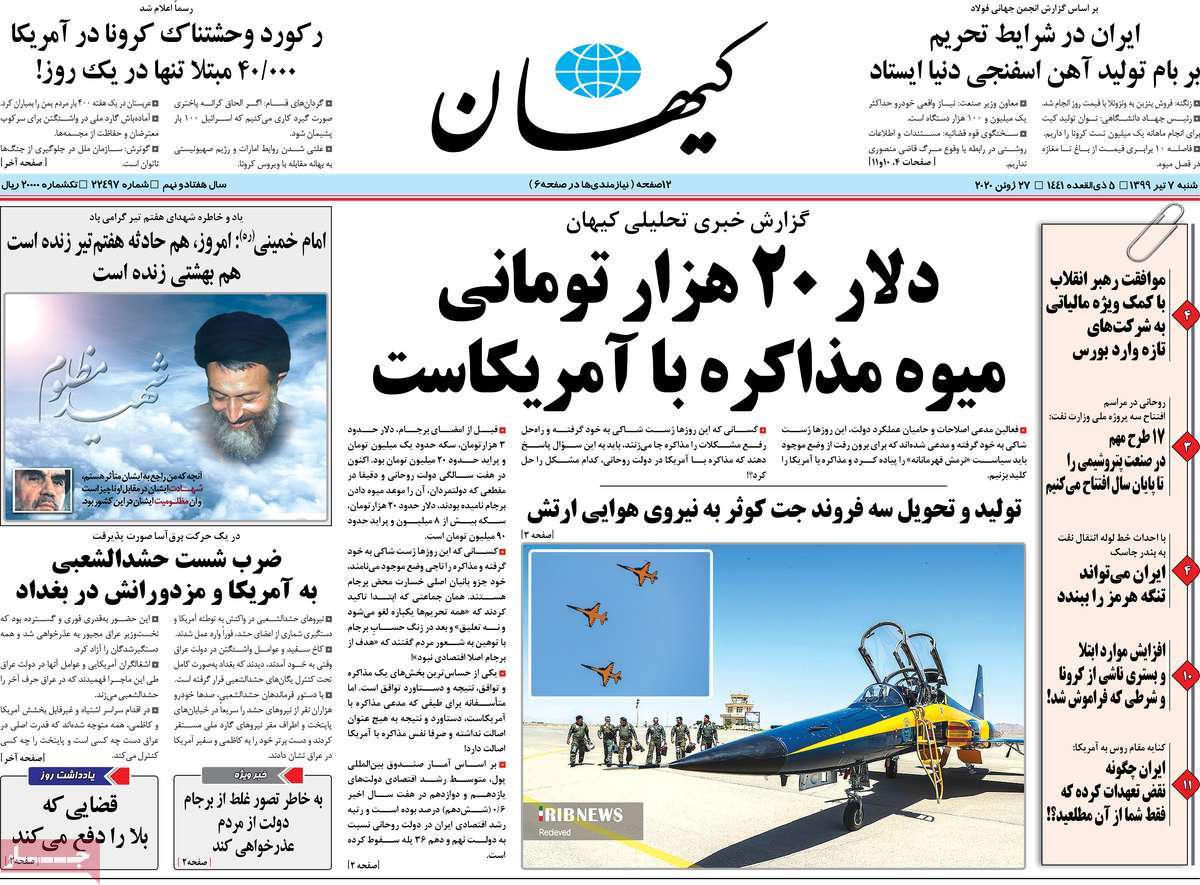 1- Trump: Life in America Is Like Hell; Unprecedented Reaction to Increased Crime Rates 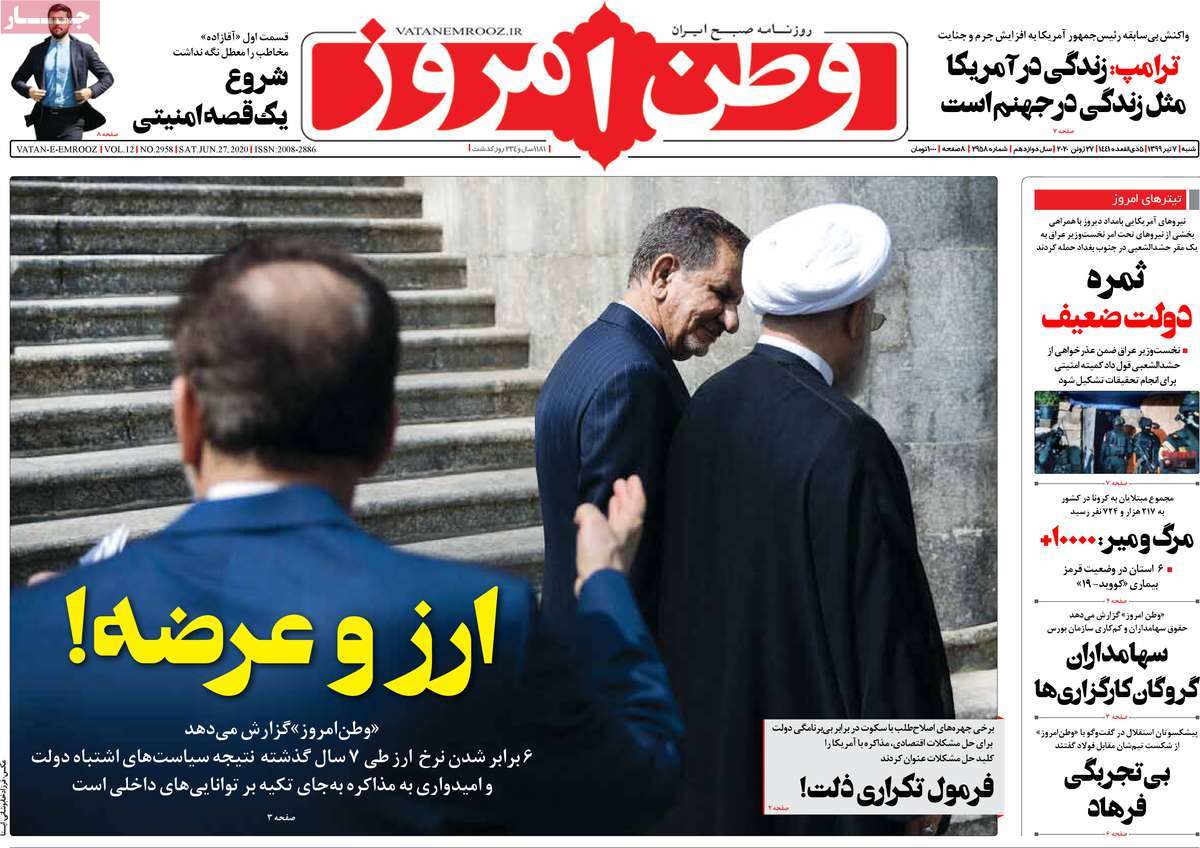