IFP has taken a look at the front pages of Iranian newspapers on Monday, July 13, 2020, and picked headlines from 12 of them. IFP has simply translated the headlines and does not vouch for their accuracy. 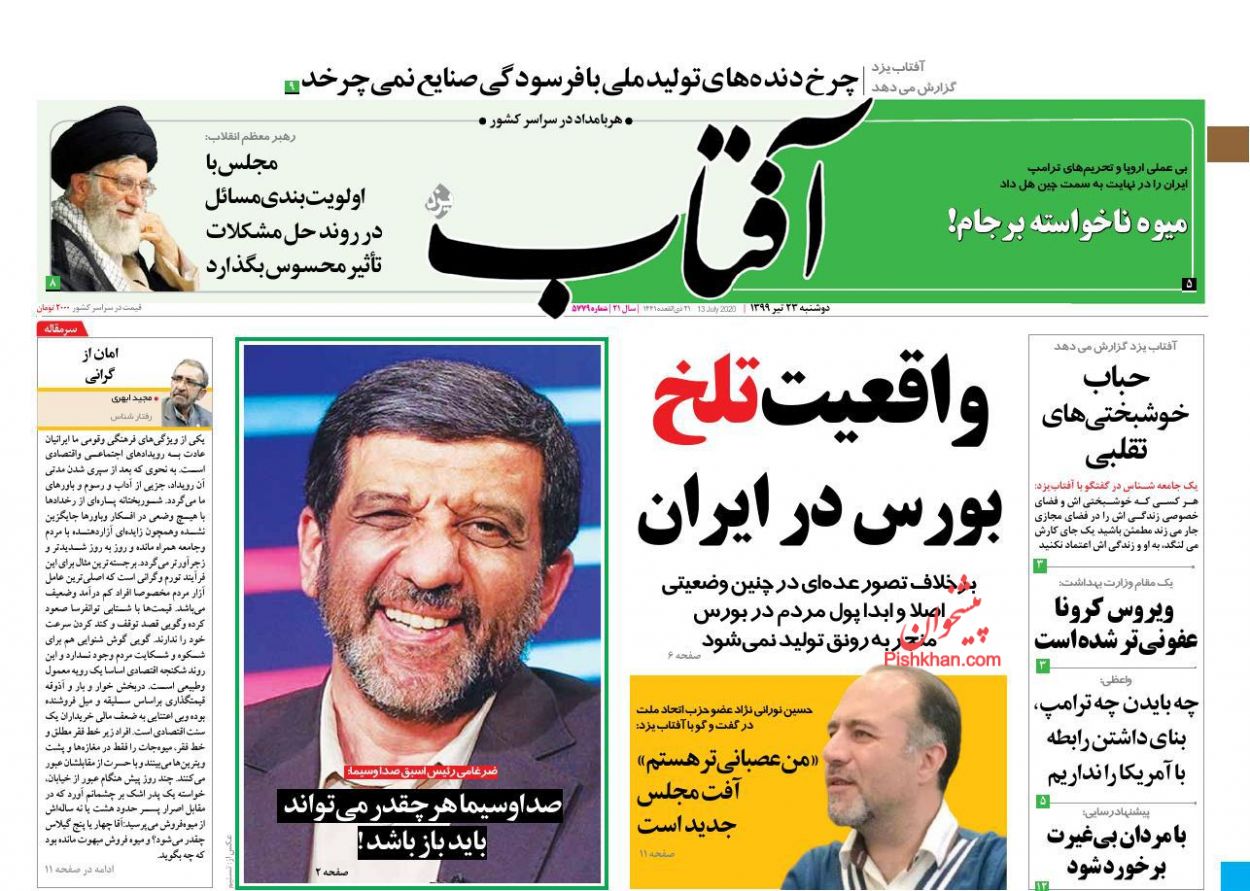 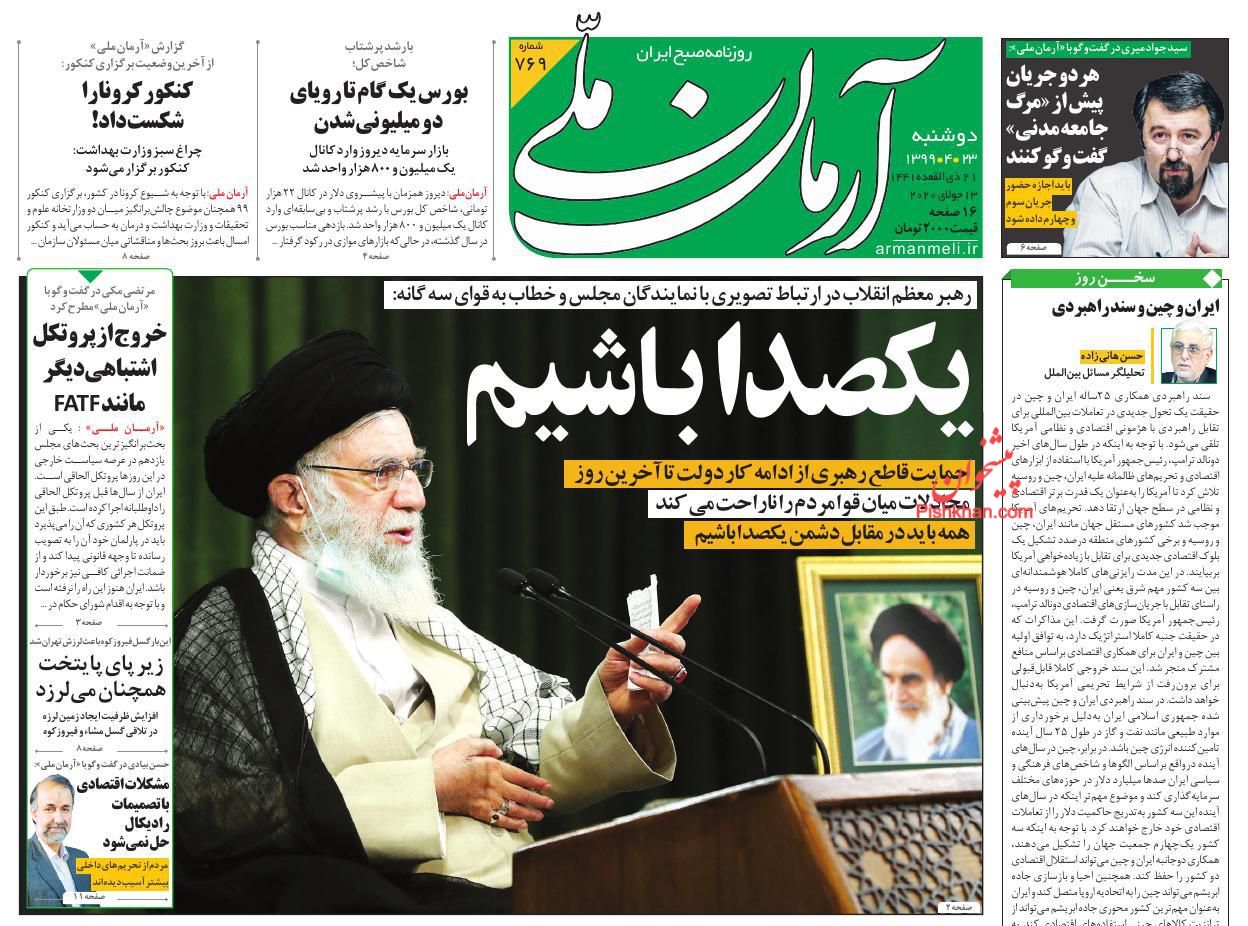 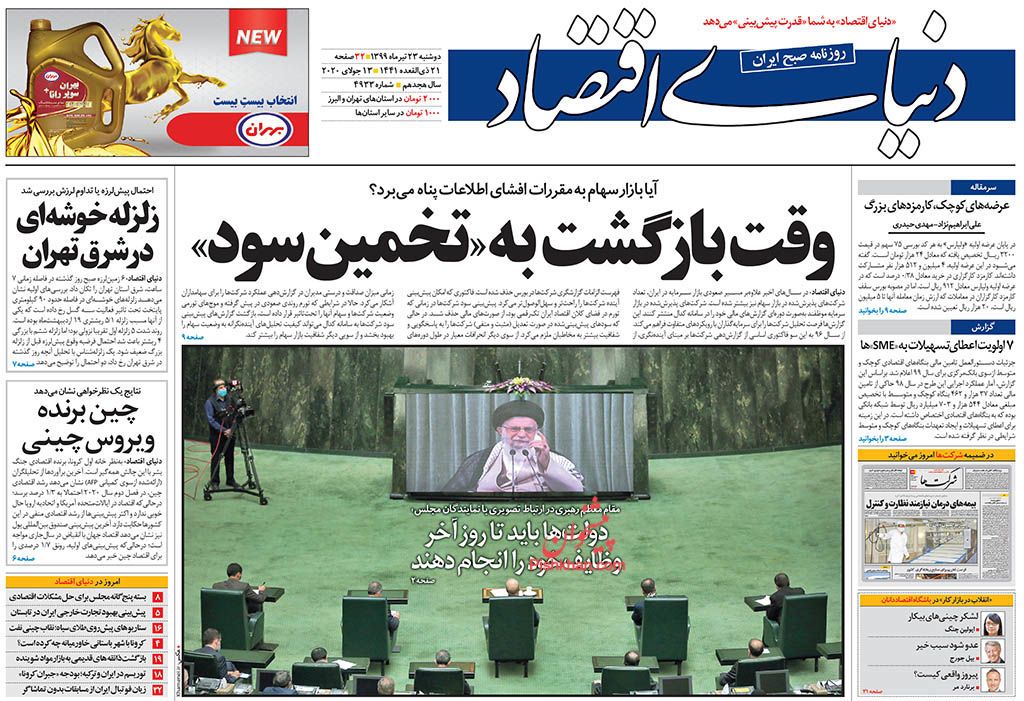 1- Friendship among Elected Branches of Power
* Leader: People Opposed to Conflict, Tension among Branches of Power
2- A Dossier on Anniversary of 2015 Nuclear Deal
3- Ukrainian Plane Had Obtained Permission from Air Defence Base: Iran’s Aviation Org. 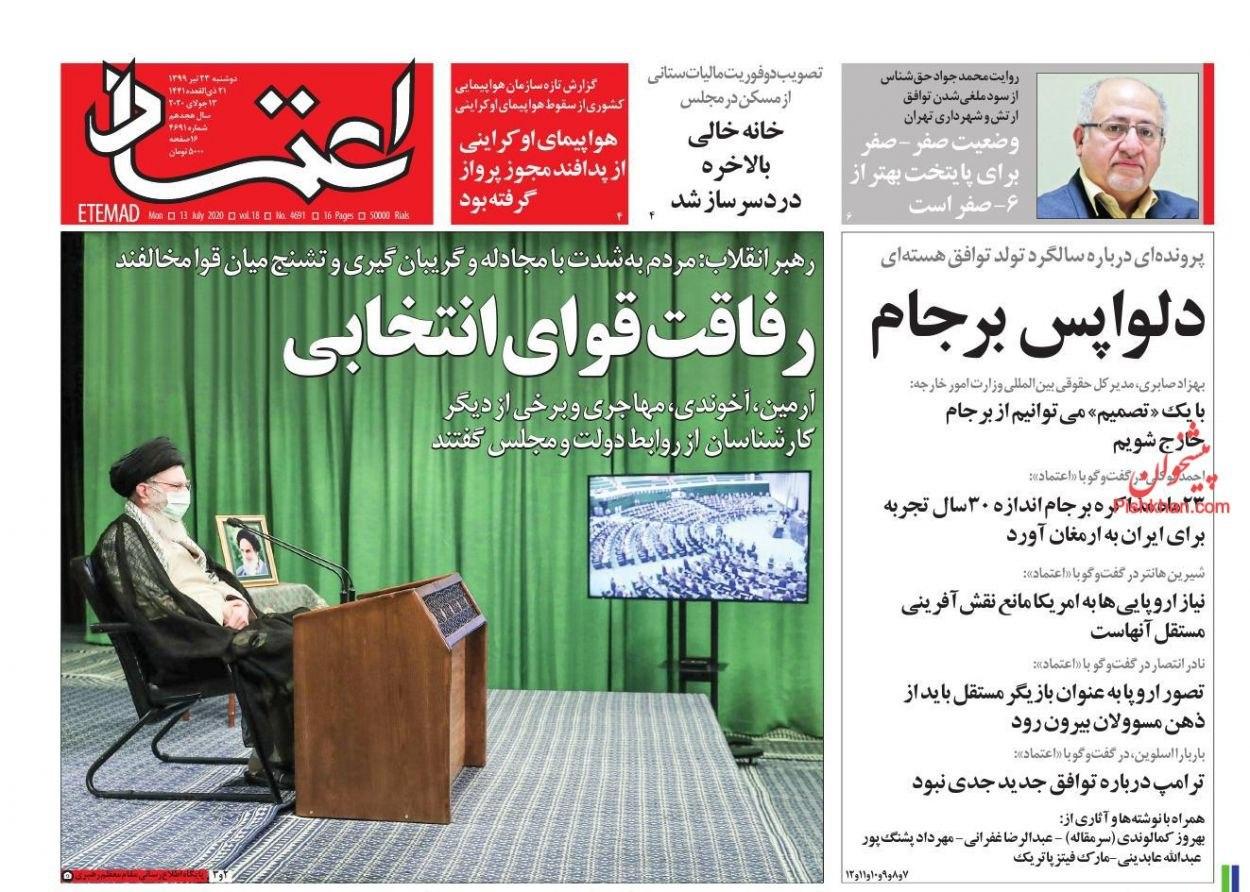 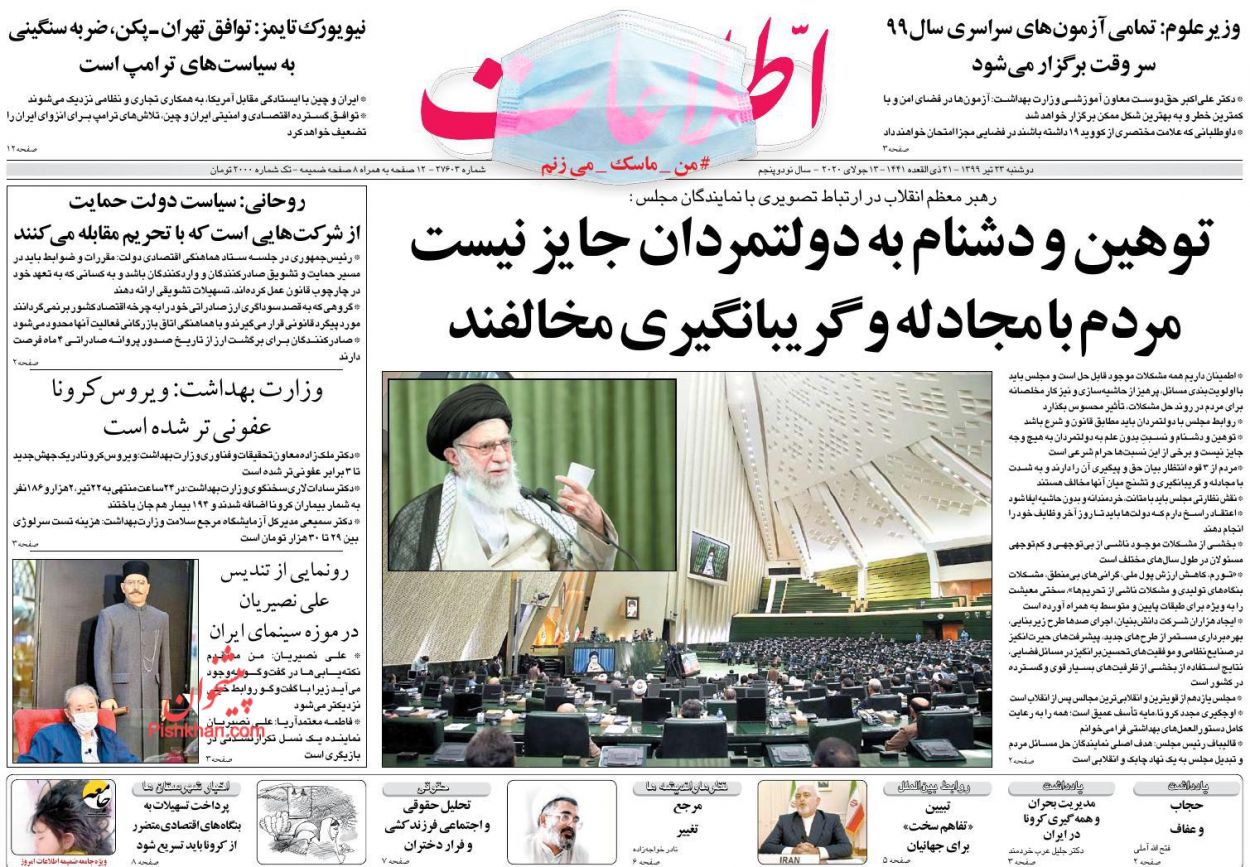 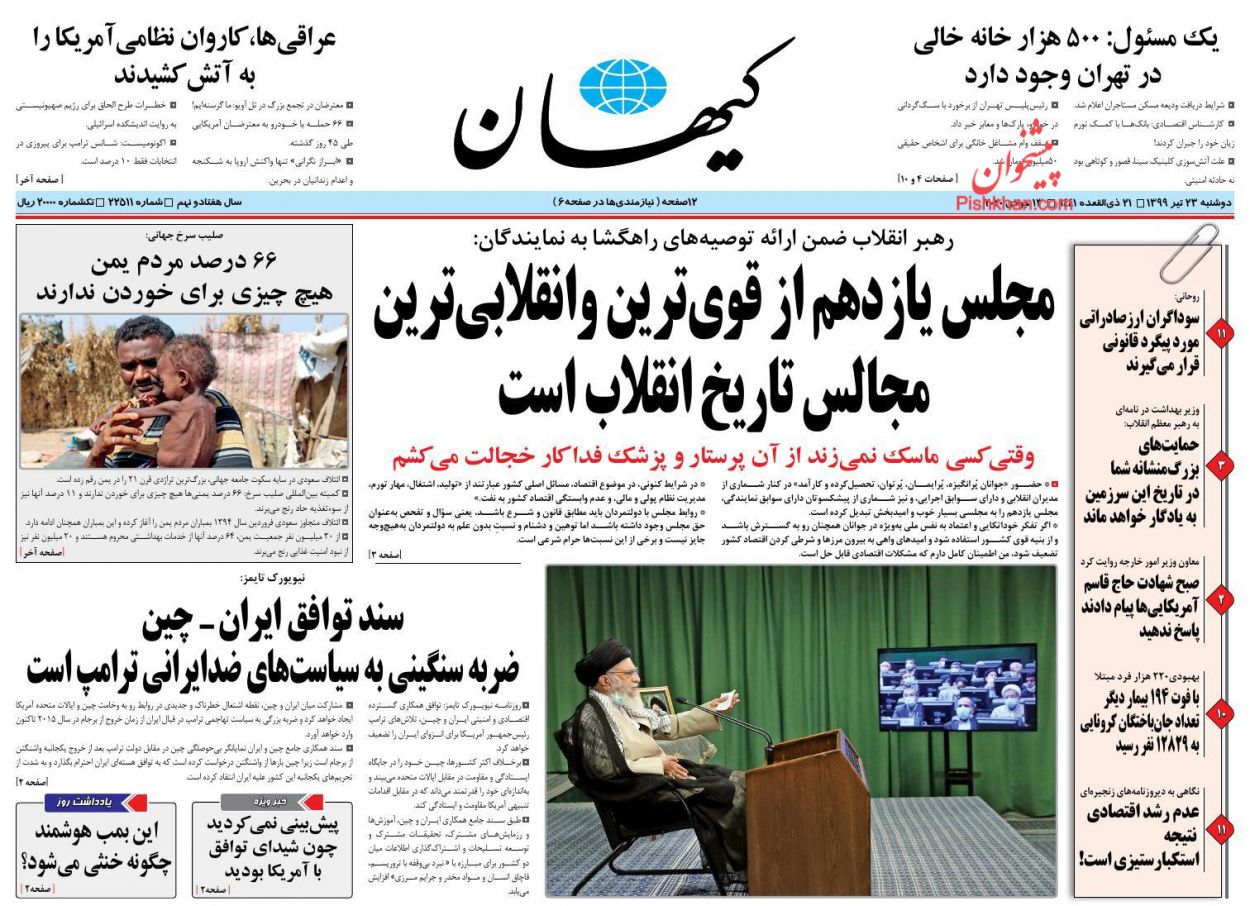 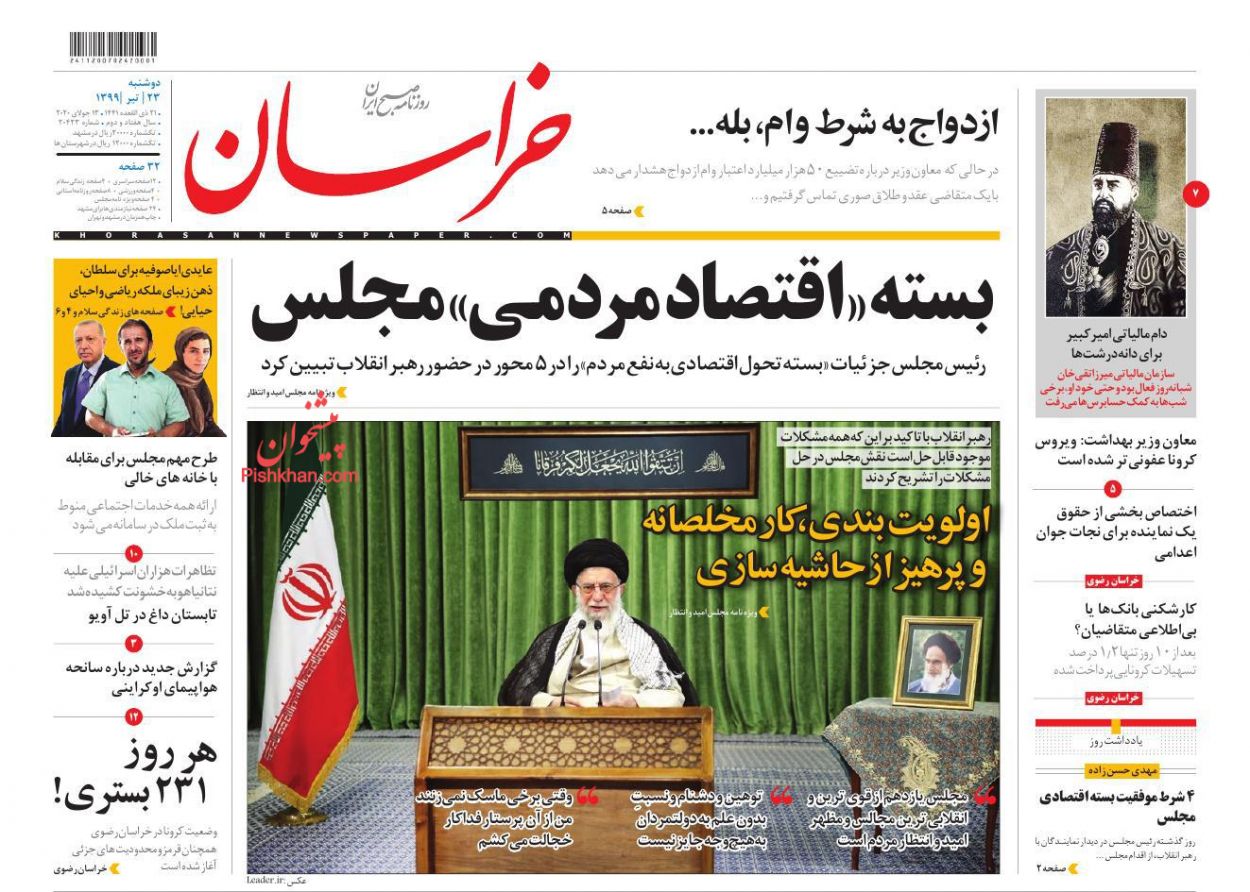 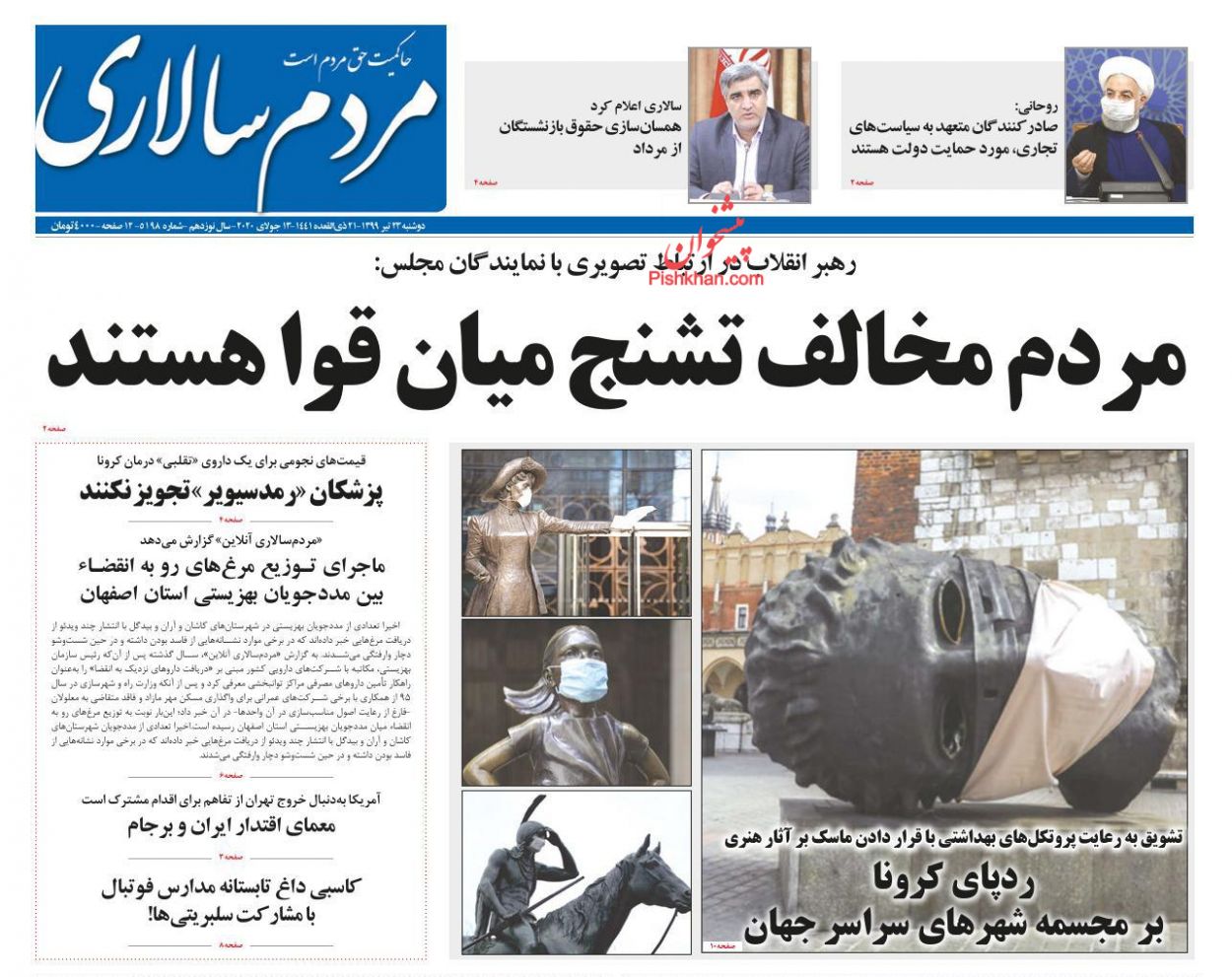 1- Leader: It’s Not Acceptable to Insult Any Statesman
2- Vaezi: No One Would Sign a Deal Unless It Has Benefits
3- Analyst: Trump Seeks to Win Nov. Elections by Making People Afraid of Socialism 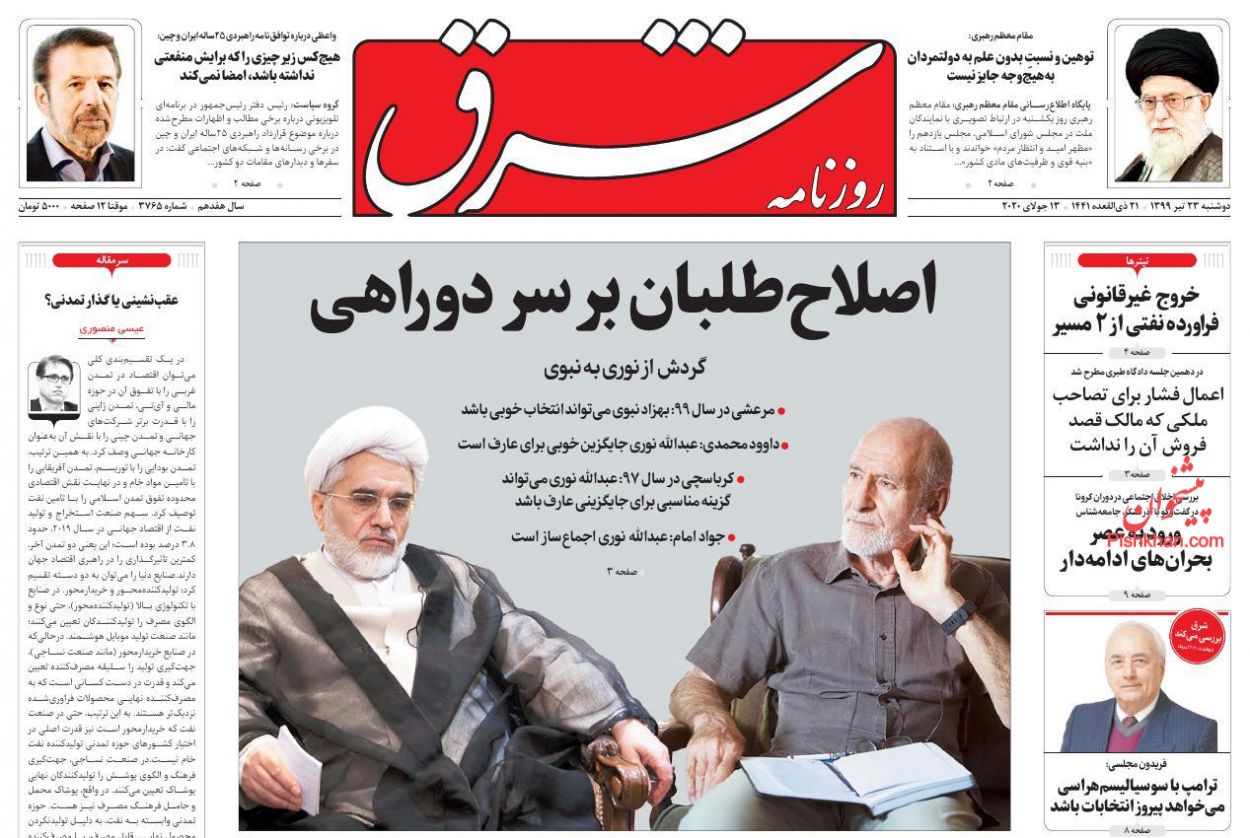