A look at Iranian newspaper front pages on Jan 31

IFP has taken a look at the front pages of Iran newspapers on Sunday and picked headlines from 18 of them. IFP has simply translated the headlines and does not vouch for their accuracy.

The implementation of the nuclear deal has brought about a new era for the Iranian economy and its investment potentials. These days most headlines in Iranian press looks at foreign companies sealing deals with Iranian partners to tap Iran’s major economic resources which many say is “the last remaining sizeable global economy cut off so far from international capital “.

The ongoing vetting processes in Iran for determining the final list of Parliament an Assembly of Experts hopefuls is still grabbing headlines as some of the leading hopefuls, who turned out to be disqualified by the Guardian Council, have objected the results in a last ditch effort to become eligible to run for a seat in the two leading bodies. The Assembly of Experts appoints country’s Supreme Leader and assesses his qualifications. 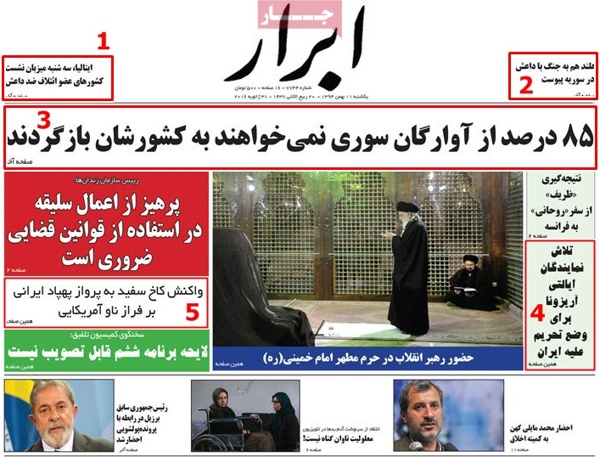 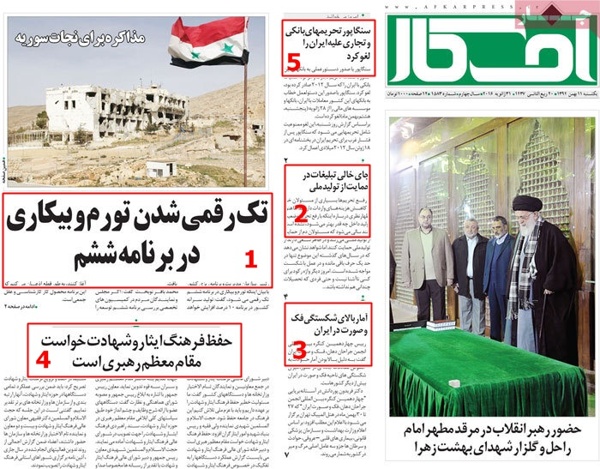 An in-depth interview with head of the Atomic Energy Organization of Iran (AEOI) Ali Akbar Salehi about the terms and conditions of the Joint Comprehensive Plan Of Action (JCPOA) which were never published before.

A number of outstanding Islamic clerics have spoken out about qualifications of parliamentary hopefuls for the late February elections throughout time.
Ayatollah Haeri Shirazi: We cannot say that the screeners are infallible.
Ayatollah Fazel Lankarani: Many were disqualified despite vivid backgrounds.
Leader: Jurists can only allow one to become Mujtahid( jurisprudent).

3- Again, the Concerned; a group critical of some government policies, stage demonstration this time in front of Petroleum Ministry

Police arrested 38 “concerned” students who swarmed the Iran’s Ministry of Petroleum Headquarters in Tehran on Saturday to protest terms of the new oil deal model, known as Iran Petroleum Contract or IPC.
Through IPC, Iran has sweetened its oil deals for foreign investors.

Couple has  dedicated their life to supporting 400 disabled children.

5- ‘Let’s not seek one group’s ouster and others favor’: Rafsanjani

The Supreme Leader of Islamic Revolution Seyyed Ali Khamanei has paid a visit on Saturday to the holy shrine of Imam Khomeini and mausoleums of Sacred Defense martyrs. 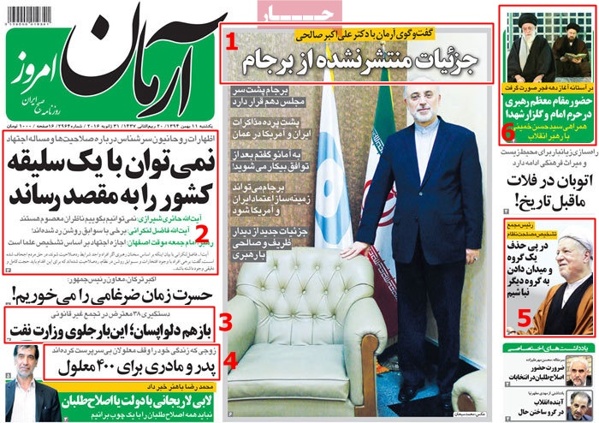 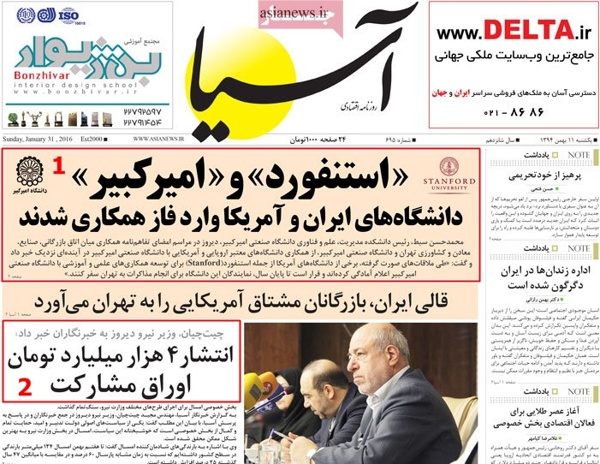 1- 84m population of Iran by end of 6th plan: Spokesman

2- Rouhani: Iran has never been isolated in int’l community

3- Rafsanjani: Aggravation of disputes will be harmful

Head of the National Carpet Center of Iran said American traders will come to Iran for buying Iranian carpet now that the international sanctions on the country have been removed. 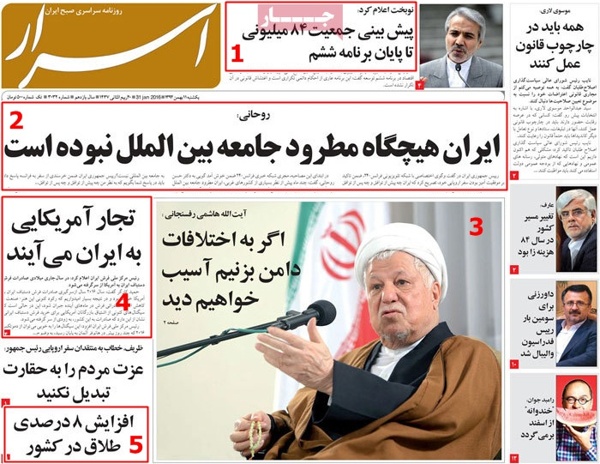 1- Zarif: Why do you vaguely try to humiliate nation’s resolve? 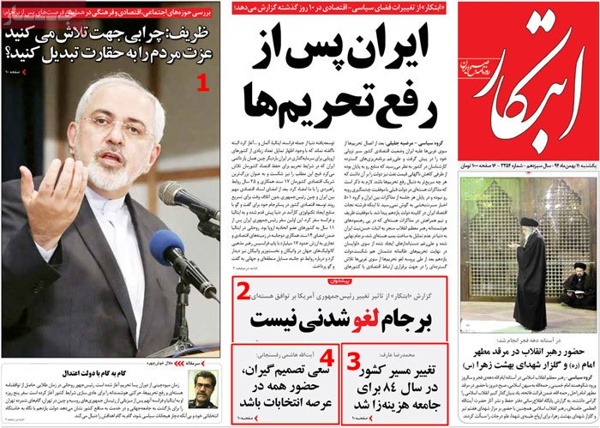 1- Heavy blow of flu in Iran

3- A cancer kid in the southwestern city of Ahwaz wished to become a police when he grew up. The city’s policy materialized the 12-year-old’s last wish. 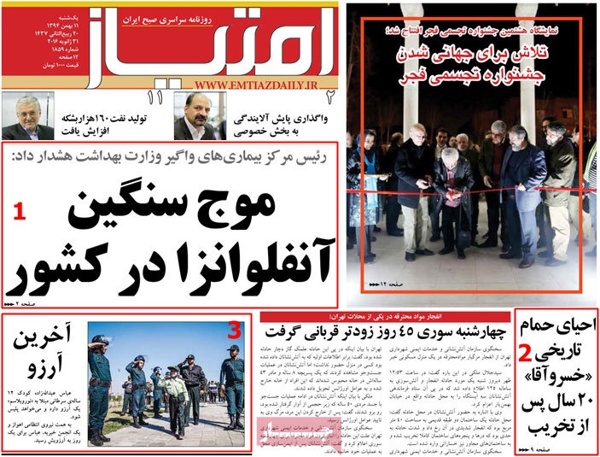 1- Iran President to France 24: My administration has many critics

2- Sociologist: Intellectuality in Iran is politicized

3- Zarif to critics: I am bashful instead of you 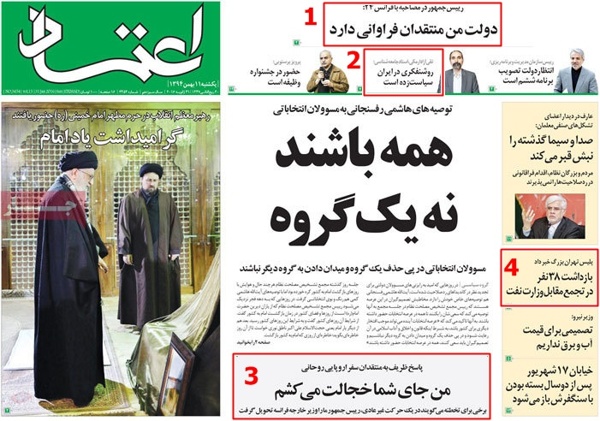 “Let’s not waste our time for domestic disputes in post-sanctions”: Zarif 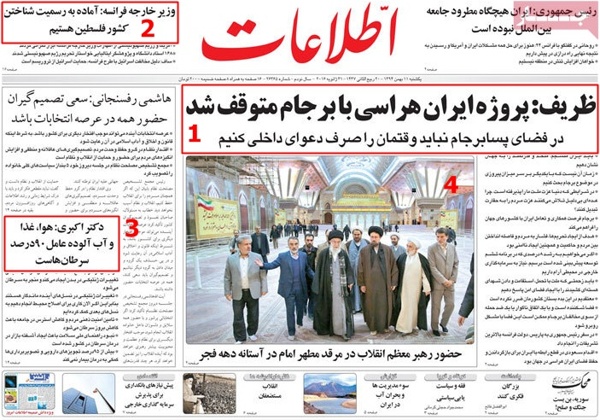 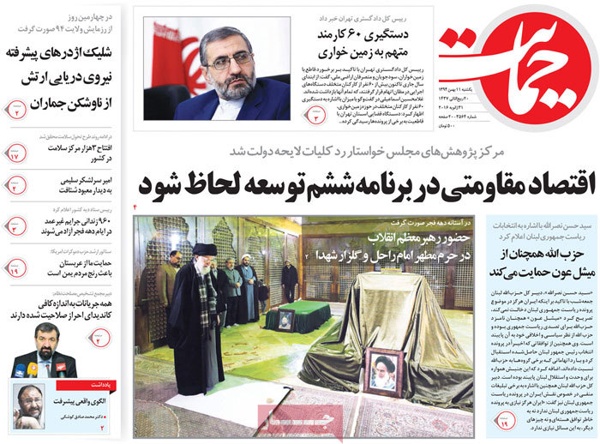 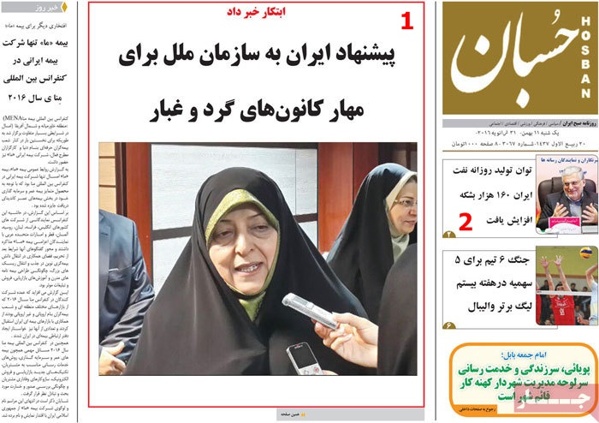 2- 2. New round of Syrian peace talks

3- Spring of visual arts in Iran 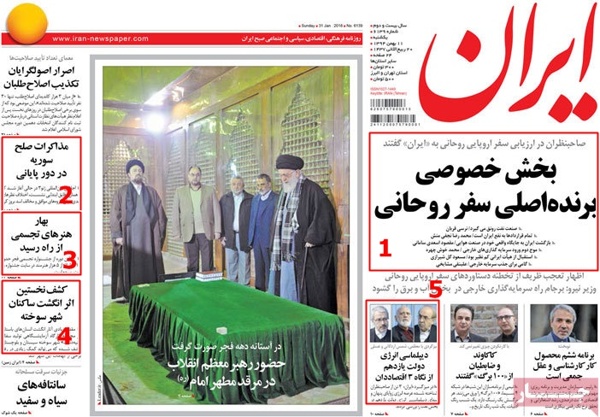 2- Cmdr: US spy knew family details of some authorities 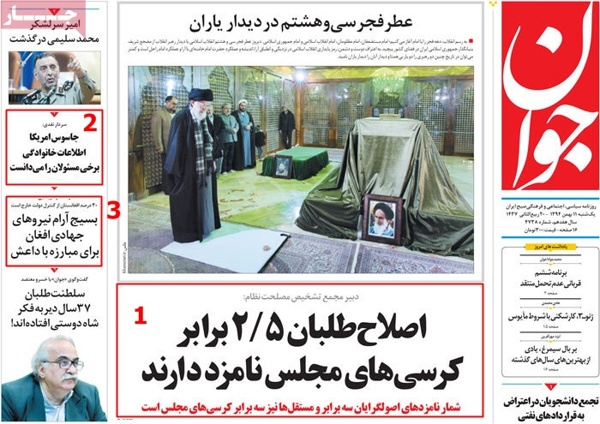 – Housing stock behind wall of recession 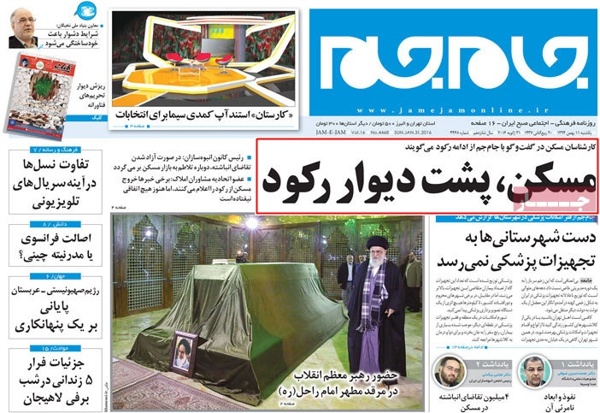 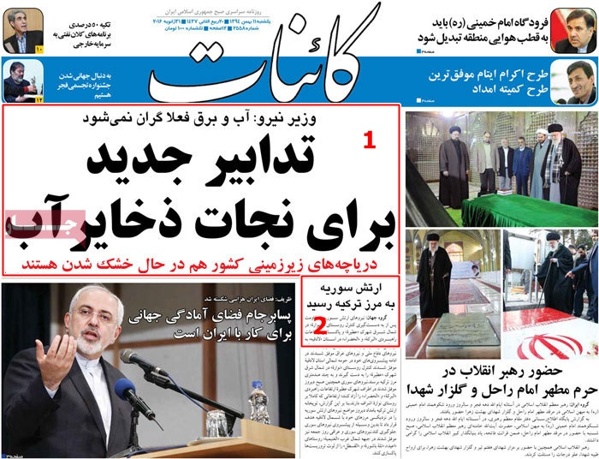 – Wheel of economy finally moves, but for Europe: Analytic report 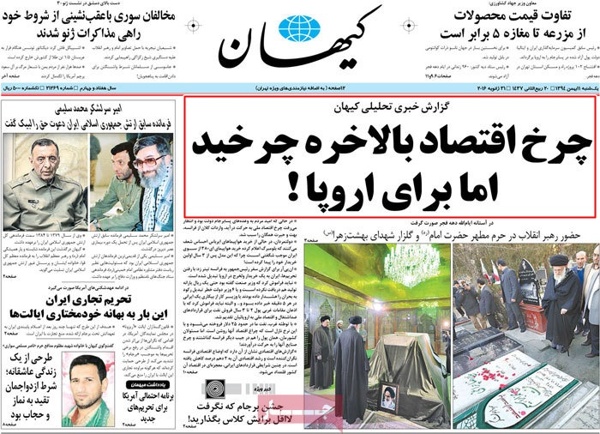 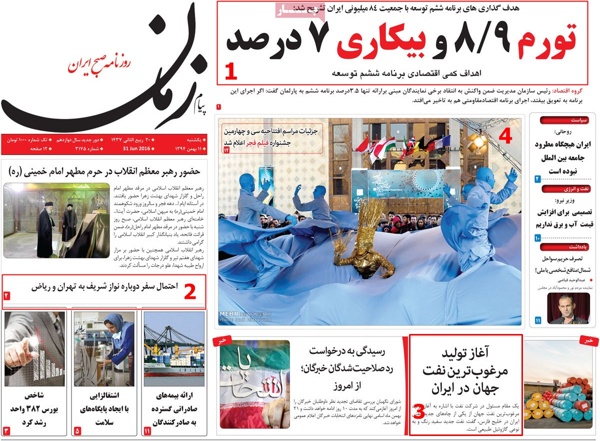 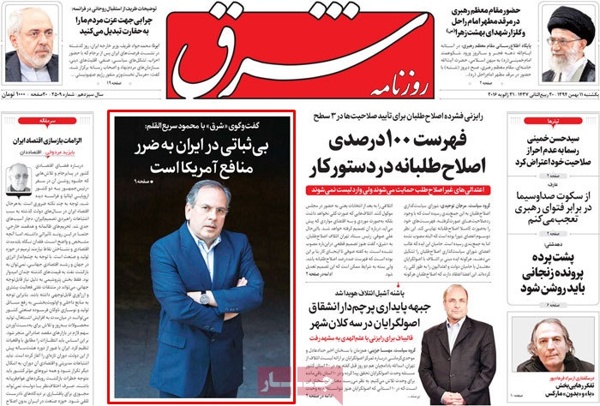