A look at Iranian newspaper front pages on Jan 28

Iranian President Hassan Rouhani’s Euro-tour is still catching headlines in Iran; the latest developments in the international arenas regarding removal of sanctions and opening up of new pathways for Tehran reach global markets were also highlighted by the Iranian press on Thursday.

Here are the highlight: 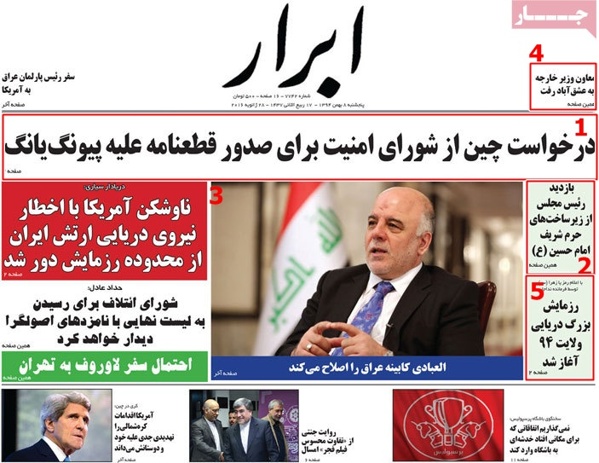 2- Key of US ties in Washington

Rest assured, we will not pull back 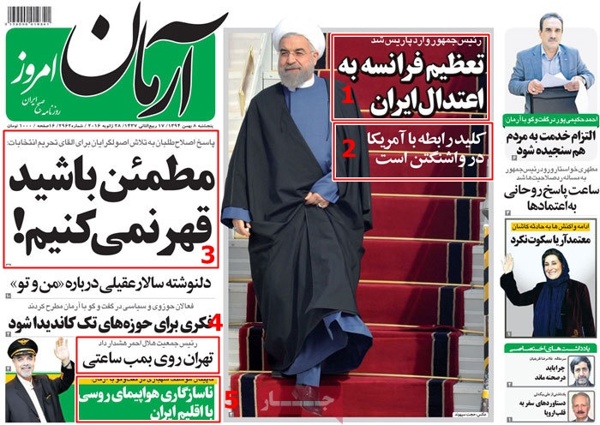 4- Rouhani in Italy: 1000 apologies by Saudis not enough 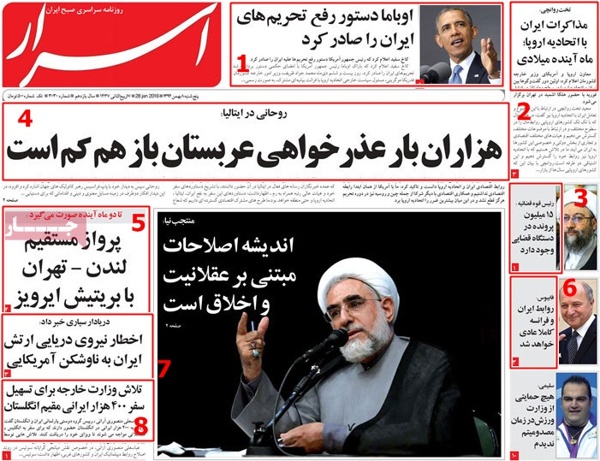 1- Signer writes of aftermaths of interview with satellite channel

Salar Aqili, a prominent traditional Iranian singer, had an interview with a satellite channel which spurred severe reactions inside Iran which

led to his disqualification from the prestigious Fajr Poetry Festival. 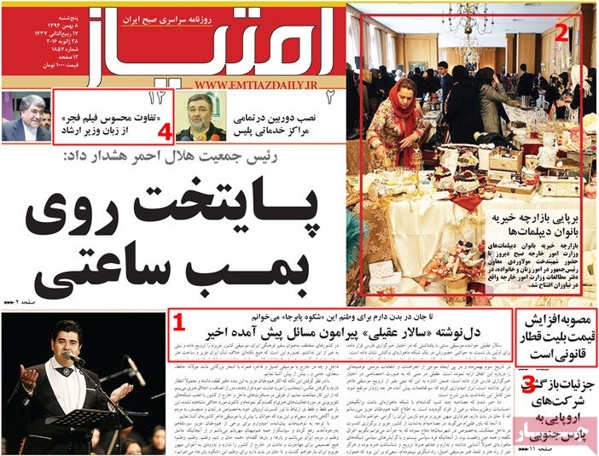 2- Judiciary Chief: Unregistered the deals reason behind most of legal disputes

4- Syrian authorities: no talks with terrorists 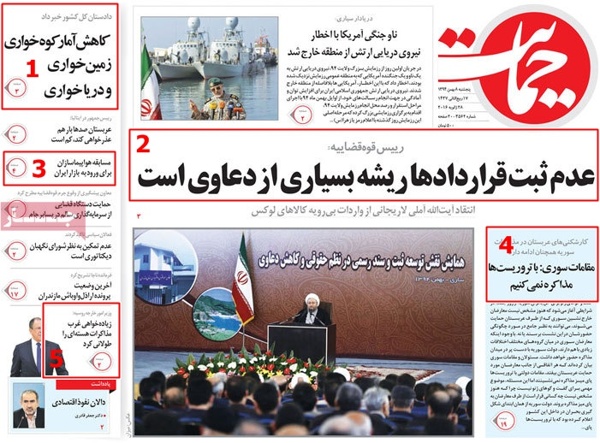 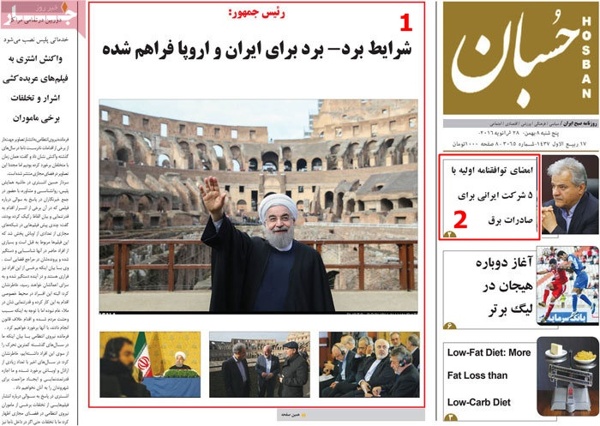 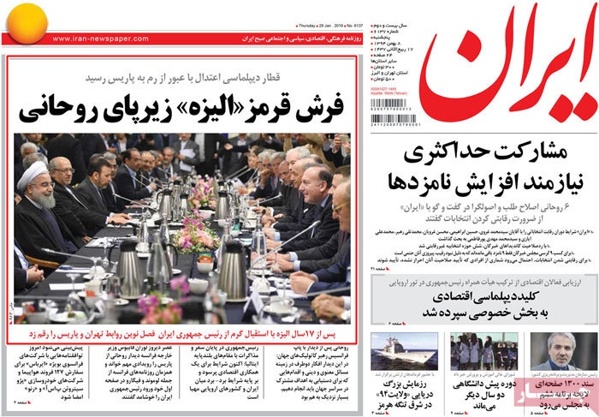 – No one was wary of Marcus 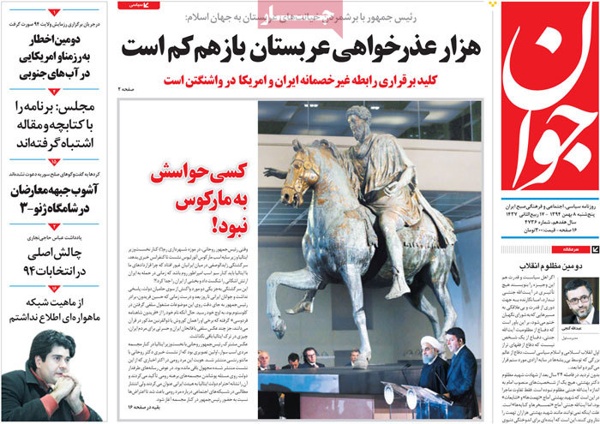 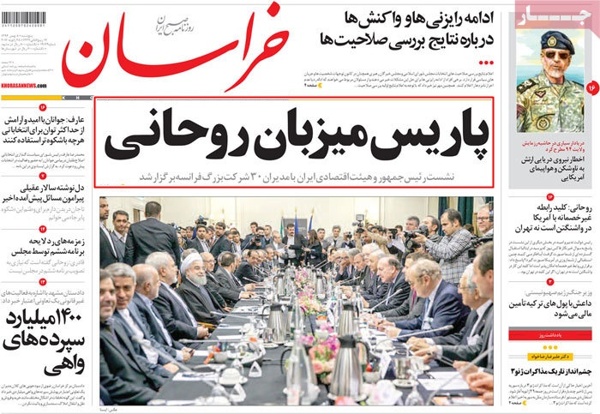 2. Reformist figure calls on youths to vote in February elections 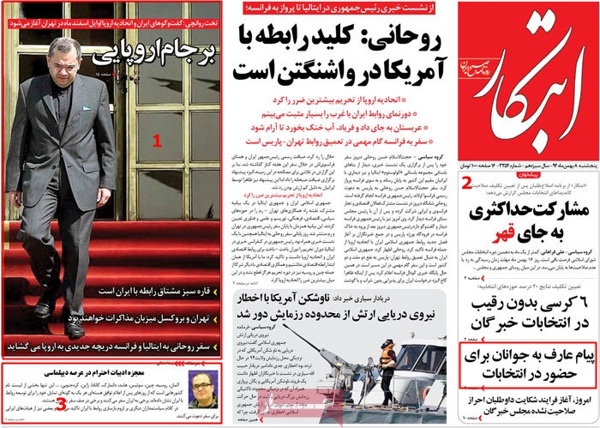 1. Rouhani in talks with French authorities

3. No hindrance for Europeans’ activities in Iran: Washington 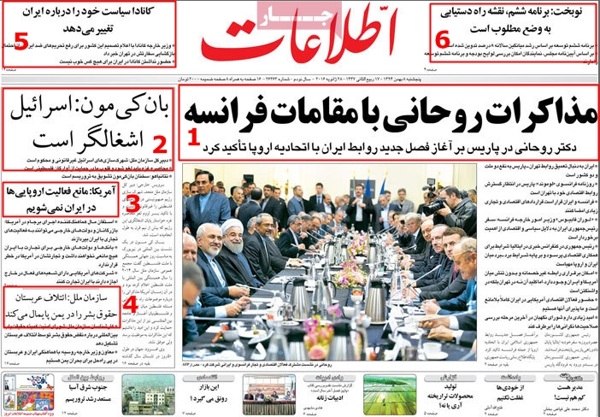 Judiciary Chief calls for ban on import of foreign goods

Tehran is going through its cleanest, coldest days of the year.

4. Rouhani: Key to Iran, US ties in Washington

President Rouhani said had the key been in Tehran, Iran would have already used it. 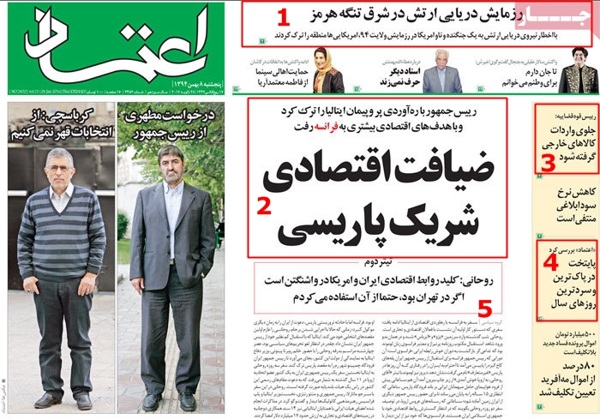 1. Abubaker al-Baghdadi is in Iraq 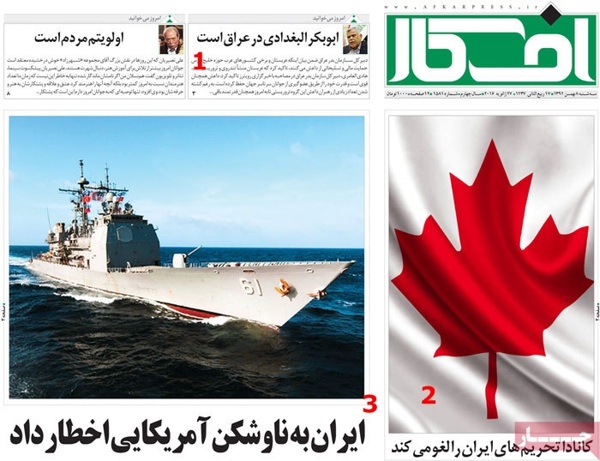 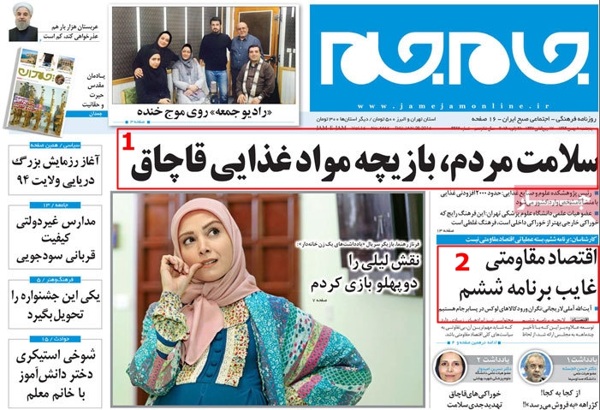 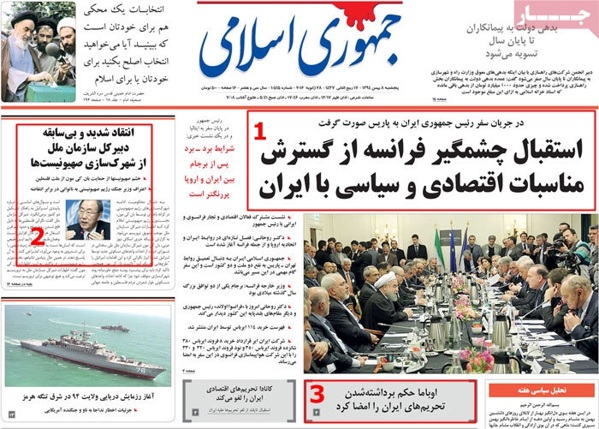 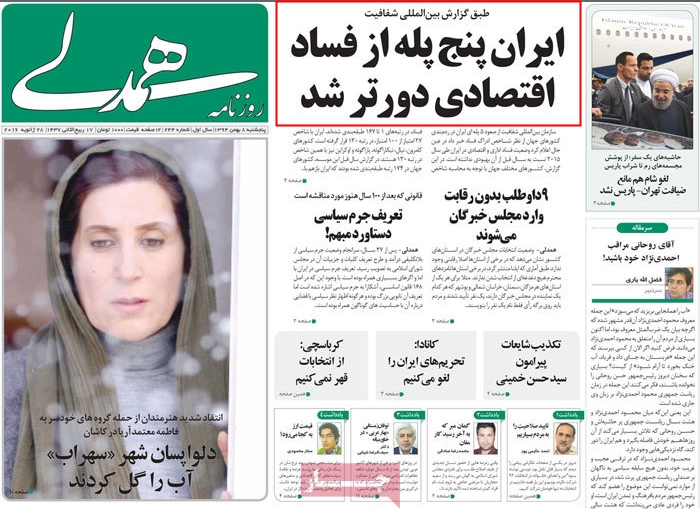 6. Iranian cars ground up in Oman with no cash investments 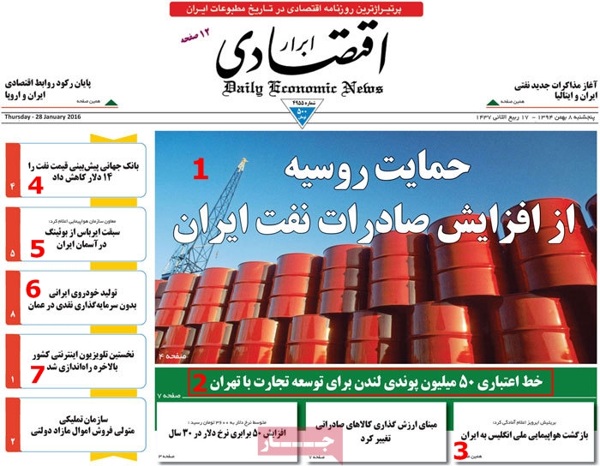