A look at Iranian newspaper front pages on Jan 23

Chinese President’s Tehran visit and ongoing crises in the Middle East. Iranian President’s calls on the Guardian Council to hold a wholesome election in accordance with the law and exceptions in the new US visa law regarding Iranian traders took most of the headlines on January 23, 2016.

2- Kerry in Davos: John Kerry: The world is safer thanks to Iran deal

4- Sudden combustion of bus with 71 onboard

6- 22,000 Islamic State jihadists have been killed by coalition, France claims

7- Pentagon has given new authority to target ISIS in Afghanistan 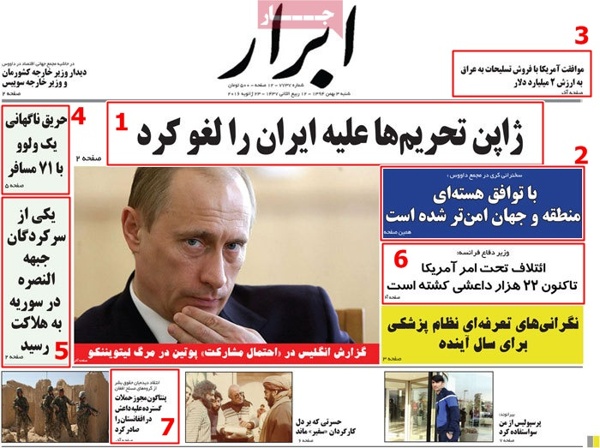 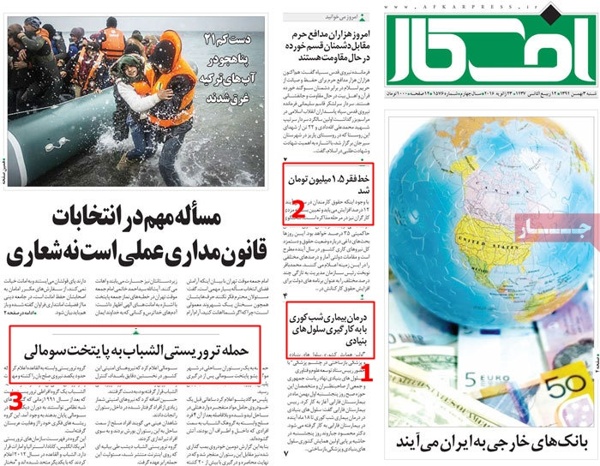 1- Rafsanjani: Disregarding people’s will is dangerous

4 persons killed themselves in Tehran’s subway over the course of the past 30 days.

3- Rouhani: Framework of law, not taste

Voicing his elections concerns, Iranian President Hassan Rouhani said the parliament is the house of the nation, rather than being the haven for a certain party. He also said the nation is the real entity eligible to decide about the quality of the candidates. He also warned authorities against disappointing people.

4- Chinese president in Tehran after 14 years

An article on the changing role of China which acted as a faithful friend to Iran when Tehran was under the sanctions, to a mediator between Iran-Saudi peace process. 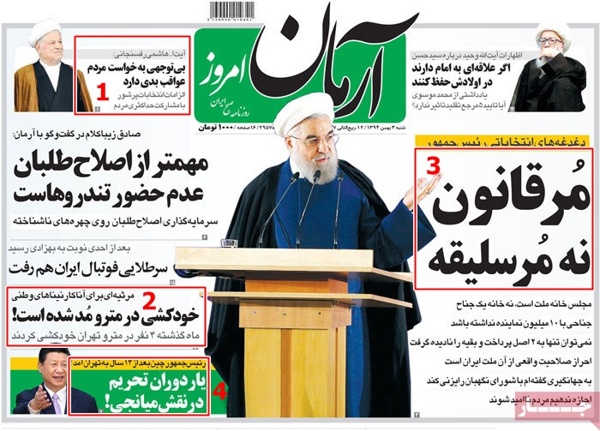 3- Zarif in Davos: From talks with Kerry to warnings to Riyadh

7- Iran Minister to incoming carmakers: Forget about Iran presence without exports in mind 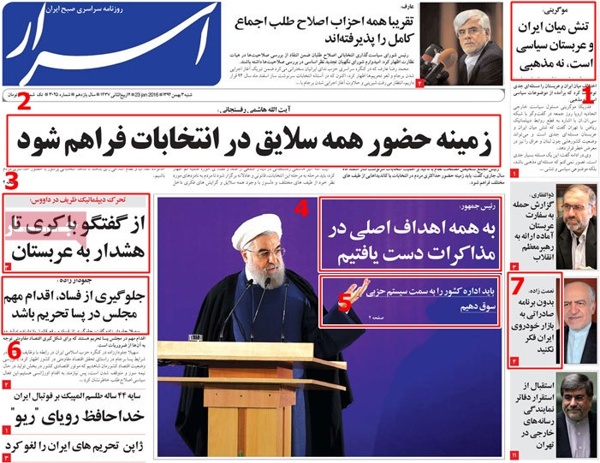 A report on Chinese President Xi Jinping’s Tehran visit to broker détente between Tehran and Riyadh.

During a meeting between Minister of Foreign Affairs Mohammad Javad Zarif with his American counter, the former called for Iran’s help to contain the ongoing crisis in Syrai.

3- A report by Ebtekar on the impact of sanctions removal on Iran’s election campaigns. In February Iranians will come to ballots to vote for their parliament candidates. 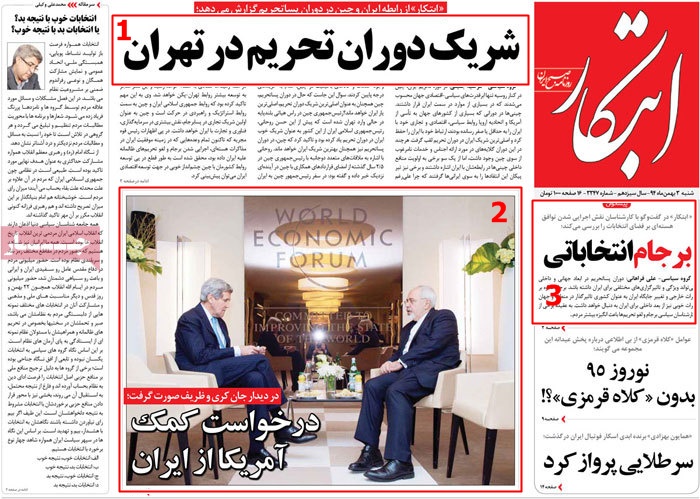 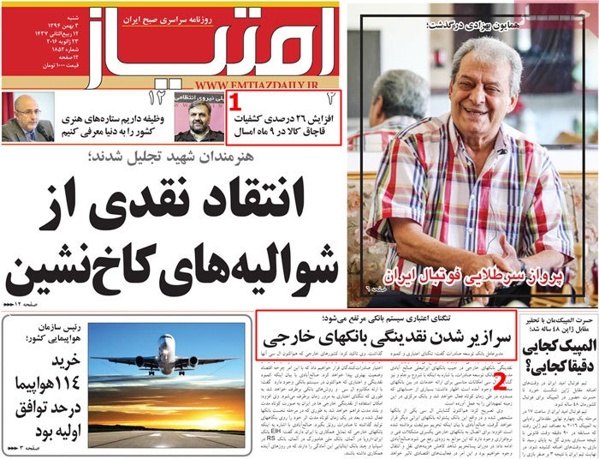 – Chinese president in Tehran; all Iranian ministries will be involved in new ties with Chinese counterparts in what meant by Beijing to promote Iran-China ties to a strategic level. 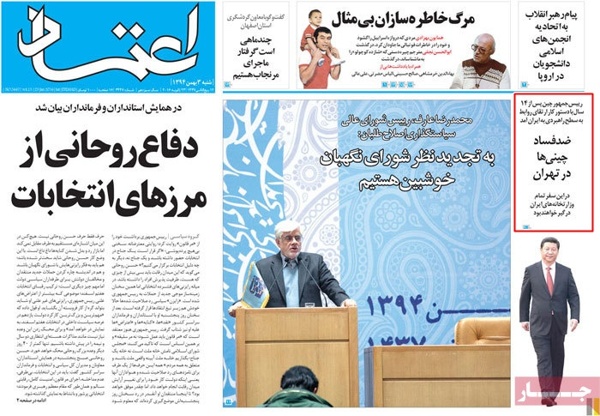 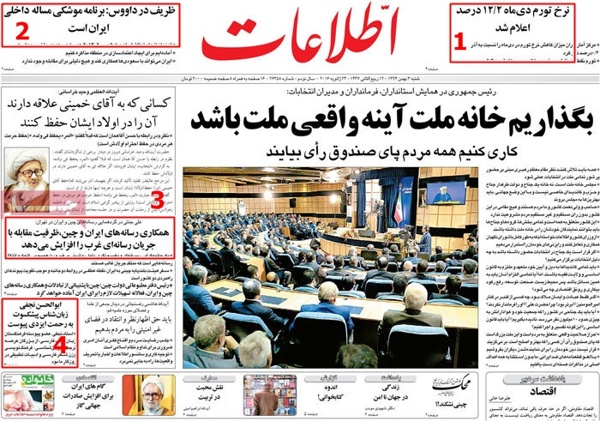 – People of Shiraz in a glorious funeral of Sacred Defense martyrs 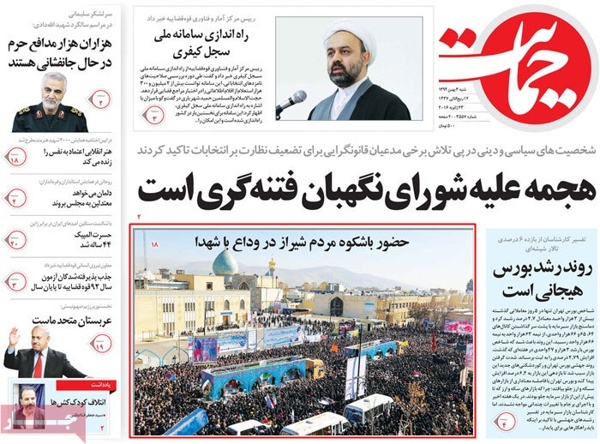 Japan lifts Iran sanctions; South Korea ready for up to $2b trade insurance with Iran; German carmakers heading to Iran; US State Department waivers visa ban on Iranian traders; Iran to export $2b worth of natural gas to Oman 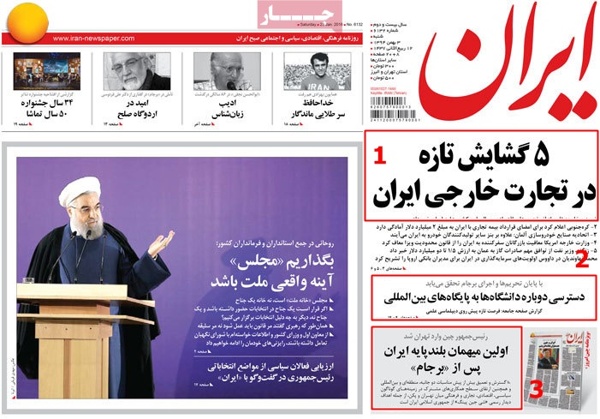 2- Olympic medalist: Leader’s ring more valuable than all my medals 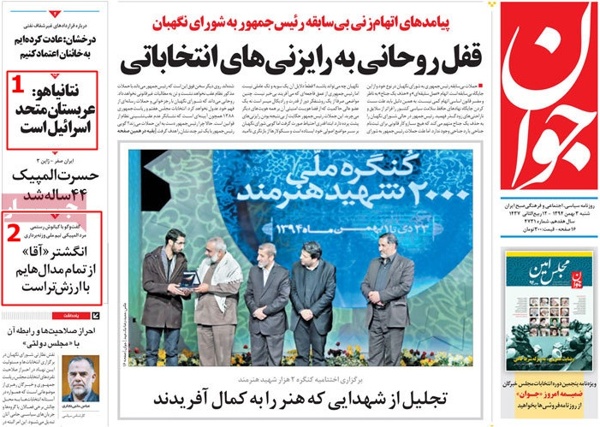 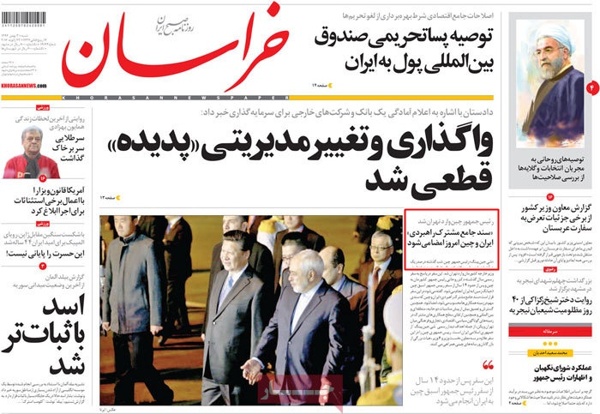 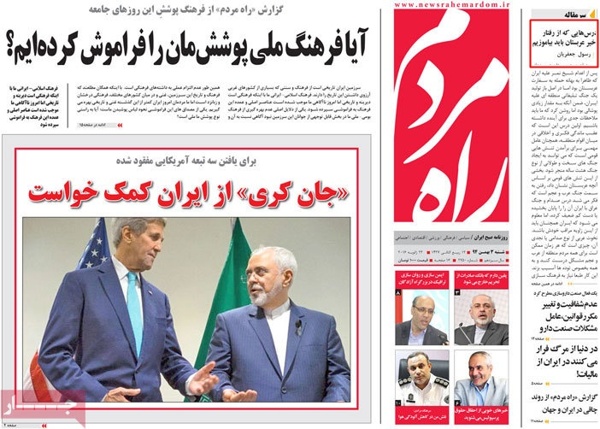 1- Diplomat: Research results of Mina disaster to be released soon

2- President: We favor moderates in parliament 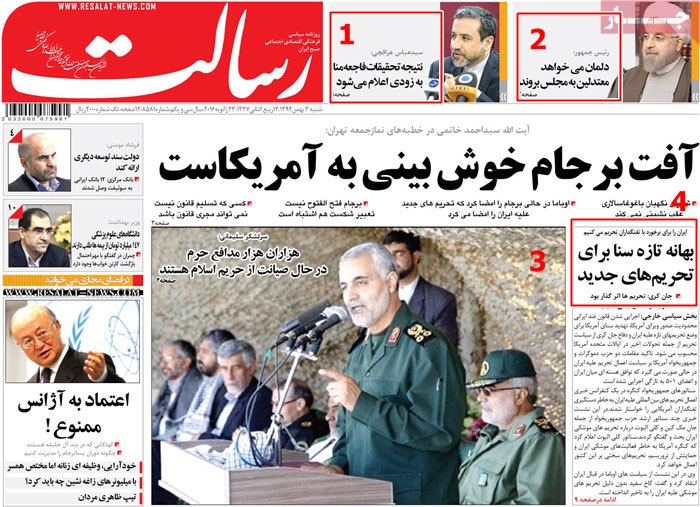 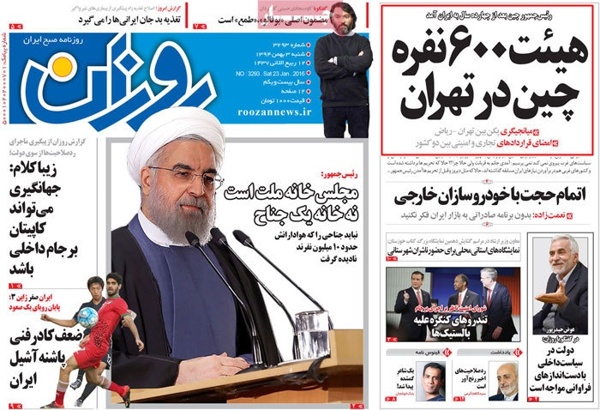 2- Troubles of European power plant developers in Iran; an interview with Hamid Chitchian, minister of power. 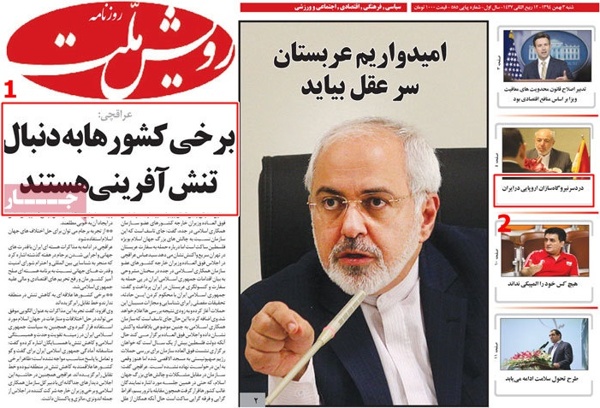 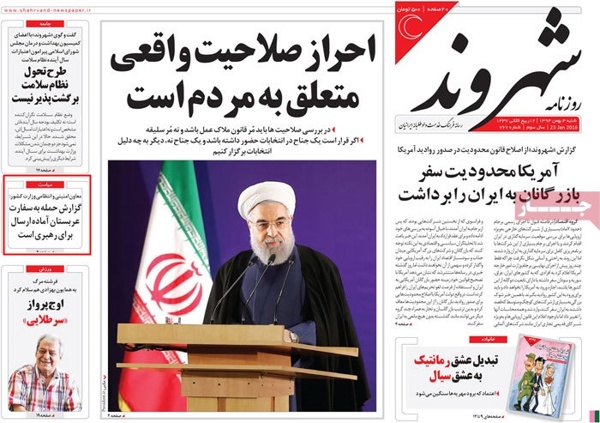