A look at Iranian newspaper front pages on Jan 20

Supreme Leader of the Islamic Revolution Seyyed Ali Khamenei did not hesitate to respond to Iranian President Hassan Rouhani’s Monday letter detailing JCPOA achievements. In his prompt response, the Leader underlined the need for appreciating the nuclear achievements while keeping a wary eye on US treachery and breaching of the deal. This was the top headline of almost all Iranian dailies on January 20, 2016. Other top stories were releasing of Iranian frozen assets in international banks, President Rouhani’s expression of support for private investors in the country’s push to economic development in the post sanctions era, and Pakistani’s premier Tehran visit. 1. Leader warns against US treachery, breach

A United Nations committee has voiced concern over widespread violations of human rights in Turkey, particularly focusing on racial profiling of Kurdish citizens during the campaign against the outlawed Kurdistan Workers’ Party (PKK).

– Audi in talks to enter Iran 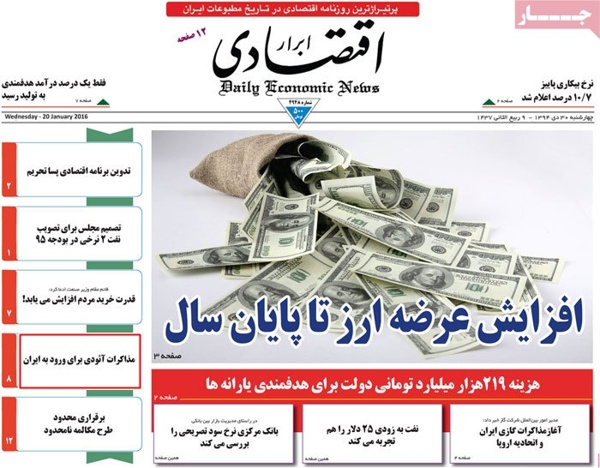 3- Iran President: Iran does not welcome any tension

Legendary Iranian singer Mohammad Reza Shajarian says President Rouhani may lift a ban on his public performance in Iran. The singer was banned from public programs after the 2009 unrest in Iran when he joined the opposition groups. 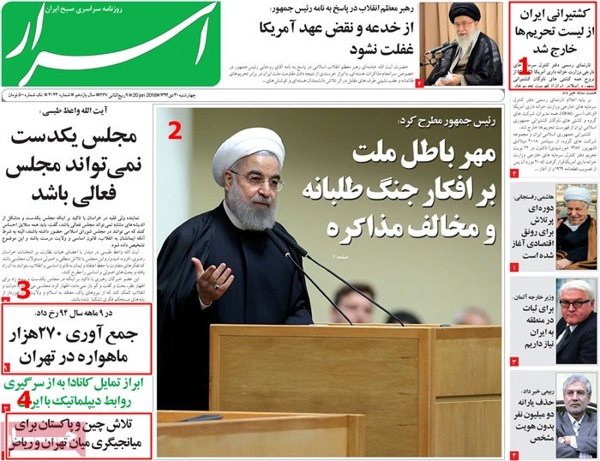 During a meeting with Pakistan Prime Minister Nawaz Sharif in Tehran, first Vice-President EshaqJahangiri underlined Iran’s seriousness in enhancing ties with its neighbors in light of the removal of US-led sanctions on Tehran’s nuclear program. 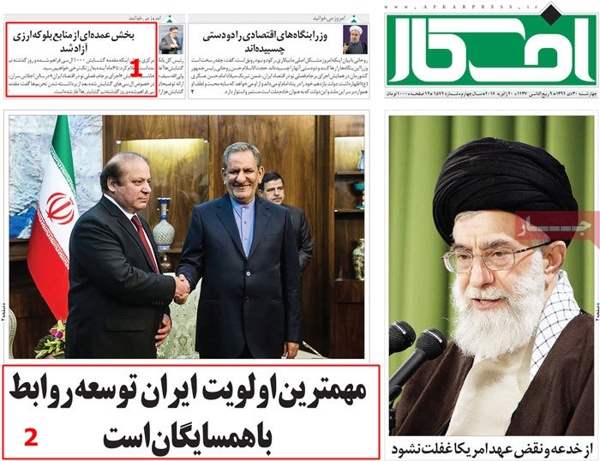 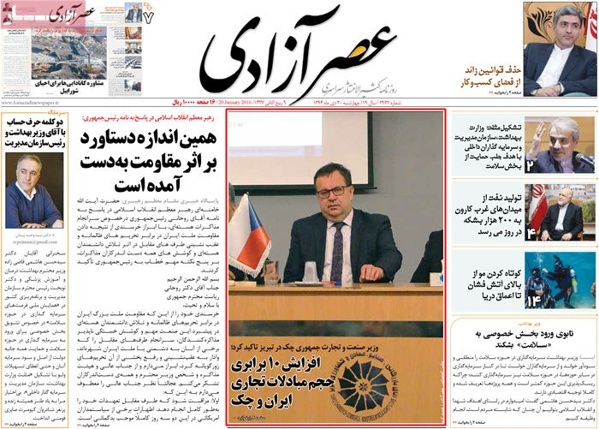 The Supreme Leader responded to a letter by President Rouhani on the country’s nuclear achievements and lifting of sanctions on nuclear program. The Leader has expressed satisfaction with the accomplishment of the nation’s resistance against unjust sanctions, and the opposite sides’ backtracking on their positions thanks to efforts made by Iranian nuclear scientists and endeavors by all those involved in the nuclear talks.

Iranian President Hassan Rouhani hailed Minister of Foreign Affairs Mohammad Javad Zarif for his round-the-clock endeavors for the successful conclusion and implementation of the Joint Comprehensive Plan Of Action (JCPOA) in a ceremony held to celebrate the administration’s nuclear achievements in Tehran on Tuesday. 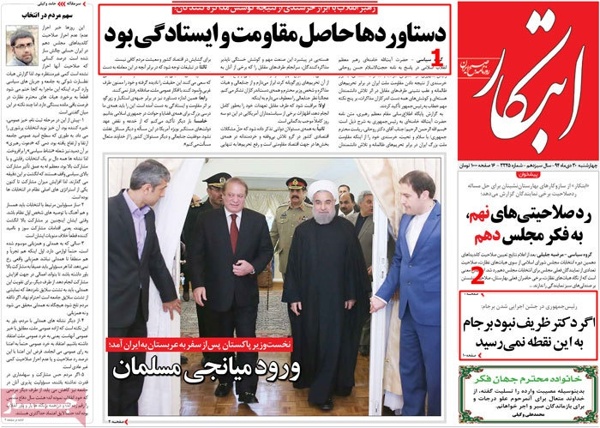 2. Rouhani: We couldn’t do without Zarif

Iranian President Hassan Rouhani said this referring to Minister of Foreign Affairs Mohammad Javad Zarif for his role in successful conclusion of the nuclear accord with world powers and removal of US-led sanctions on Tehran’s nuclear program.

3. Parliament signs off on motion of “political crime” after 36 years

Iranian Parliament passes the generalities of a motion to define political crimes in Iran for the first time since the 1979 Islamic Revolution. “Undoubtedly, by nation’s resolve and administration’s assistance, the country will be developed,” said Rouhani in the Tuesday gathering.

4. FM to N. deal critics: We shall not plant seed of pessimism in Iran 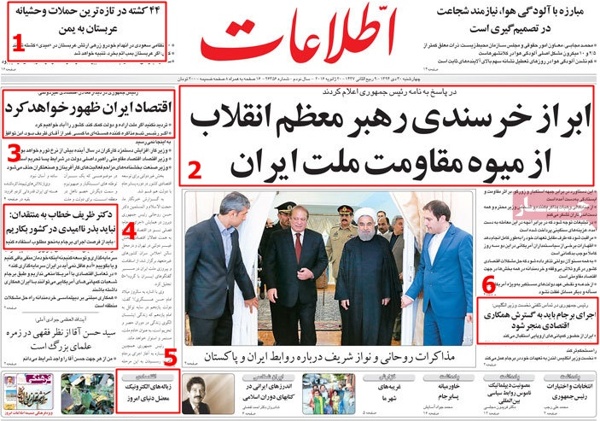 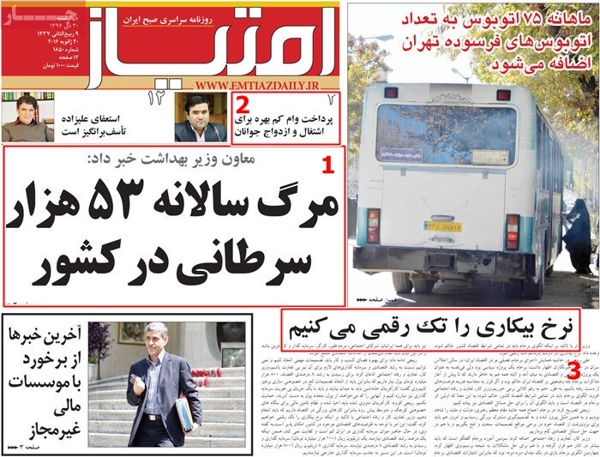 Because deliberations over the national budget bill for next Iranian fiscal year (beginning March 21) will most probably take until April, Majlis Speaker called on the Rouhani administration to present a bill for the first two months of the next Iranian calendar year to legalize government spending during the period. 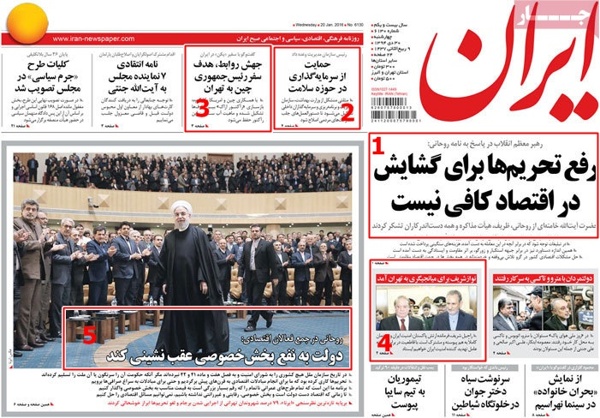 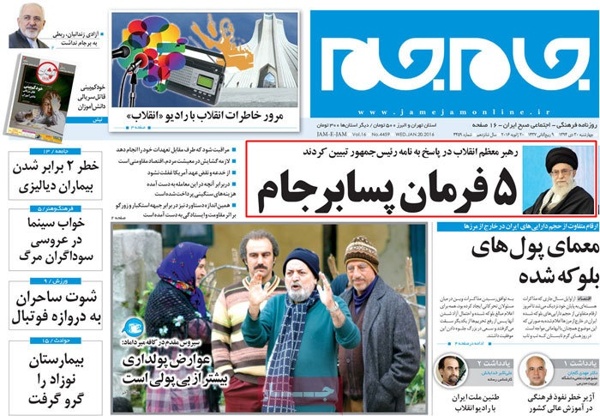 “It must be noted that heavy costs have been paid for what has been achieved under this deal,” read the Leader’s response to Iranian President Hassan Rouhani’s Monday letter, “Written and verbal remarks that try to ignore this fact and advocating appreciation of the Western side are contrary of being honest with nation’s public opinion.”

4. IDF chief: Iran deal could be beneficial for Israel

5. Shajarian raps Alizadeh for turning down France’s Chevalier of Legion of Honor

In 2014, Iranian tar virtuoso and composer Hossein Alizadeh, who has worked with many Iranian and foreign musicians, refused to accept the Ordre des Arts et des Lettres Chevalier (Order of Arts and Letters), the highest decoration awarded by the French government. 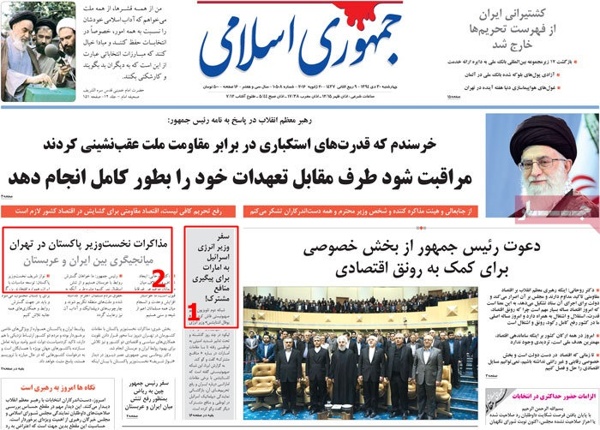 1. Zarif: JCPOA breach not to be left unanswered

Minister of Foreign Affairs Mohammad Javad Zarif said exchange of political detainees by Iran and US had nothing to do with the JCPOA implementation.

1,000 L/Cs opened for Iranian business only one day after the implementation day. 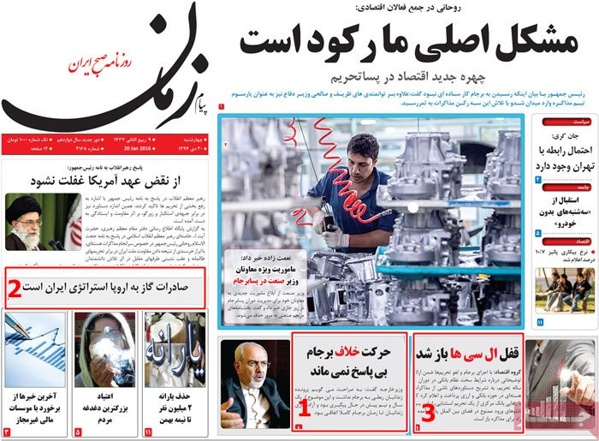 1. Aviation giants in Tehran next week; after 35 years

In in-depth report about water and soil pollution in Iran that have put the ecosystem at stake.