A look at Iranian newspaper front pages on Jan 19

On January 19, 2016only two days after sanctions removal, what grabbed most of the Press headlines, surprisingly enough, was not Iranian market’s recovery, plunging prices and promises by authorities of a better life for Iranian people as it was long hoped by the nation during the course of the nuclear talks. Instead, screening results of the qualities of Parliament and Assembly of Experts hopefuls by the Guardian Council which disqualified 60% of the candidates, among who were outstanding applicants like the Imam Khomeini’s grandson of Seyed Hassan Khomeini and many others, made many headlines.

Iranian President Hassan Rouhani and Majlis Speaker Ali Larijani’s bid to talk the Guardian Council into reconsidering its vetting results also prompted a lot of stories by newspapers on the day.

The new US sanctions on Iran’s missiles program only one day after the implementation day was also taken up by most Iranian dailies on Tuesday.

What follows are the highlights: 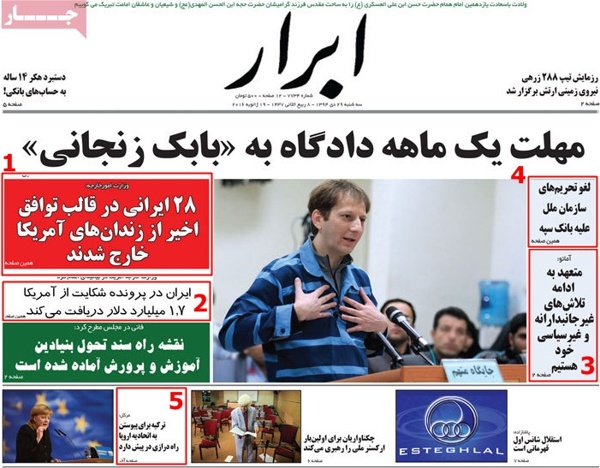 1. Foreign Ministry: 28 Iranian inmates freed from US prisons thanks to deal

3. Amano: IAEA duty-bound to maintain impartial, apolitical in its  efforts

5. Turkey has a long way to go before EU membership: Merkel 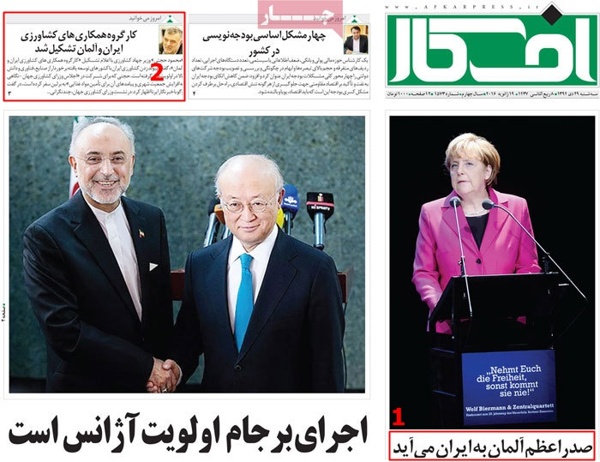 Iran’s head of the Management and Planning Organization Mohammad Bagher Nobakht said Iranian pensioners will see a 24% rise in their monthly pensions next Iranian fiscal year beginning on March 21.

The letter details 11 achievements of implementation of the nuclear deal Iran reached with world powers in July.

An official with Iran’s ministry of culture and Islamic Guidance said the word “wine” will no more be allowed in the books published in the Iranian book market.

4. The daily also covers a report on views of senior Islamic clerics who underwrite the religious and scientific qualities of Hassan Khomeini (grandson of Imam Khomeini) as a candidate in the Assembly of Experts elections.

The story is entitled as:

Mr. Hassan is among the greatest jurisprudence scholars 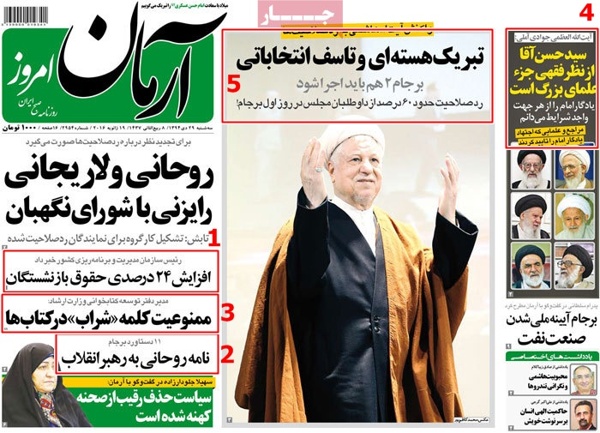 A report on the short-term impact of sanctions removal on Iran’s economy.

A report on mediation efforts by President Hassan Rouhani and Majlis Speaker Ali Larijani on the controversial disqualification of outstanding parliament and Assembly of Experts hopefuls. The Guardian Council, the body in charge of vetting the qualities of candidates, announced earlier this week, that nearly 60% of the candidates are disqualified.

3. Veep: Share of oil in budget zero by end of Rouhani administration 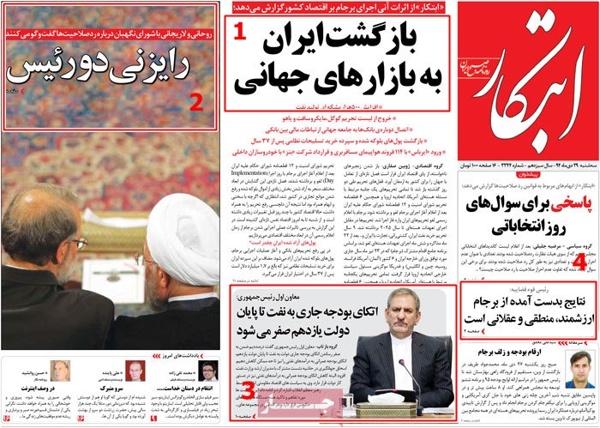 1. The daily’s main headline focused calls by President Rouhani and Majlis Speaker Ali Larijani on the Guardian Council which disqualified nearly 60% of parliament hopefuls for the upcoming elections. The cover story’s title was: “Time for Talks”

A report on Amano’s Tehran visit on Monday

4. A review of the next year’s national budget bill in a story entitled as: What needs to be known about next year’s budget 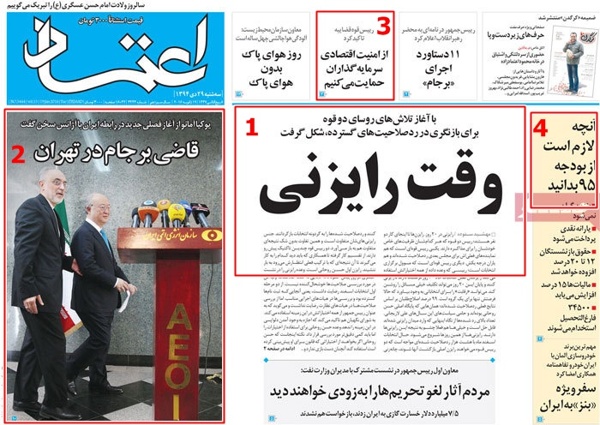 4. President in talks with Guardian Council on disqualifications

The Guardian Council, the body in charge of screening the qualities of candidates, announced earlier this week, that nearly 60% of the candidates is disqualified. 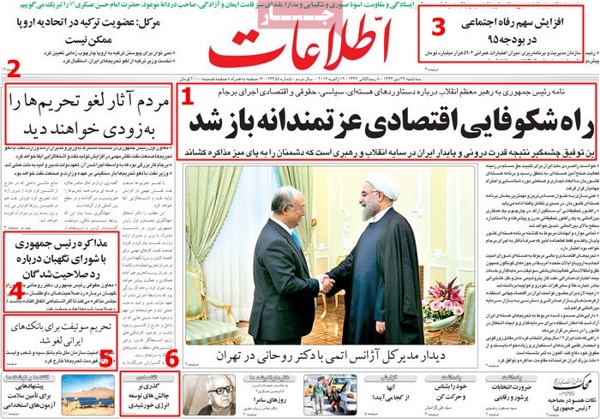 3. Rouhani to Leader: Iran to foil efforts by enemy to undermine [the deal] 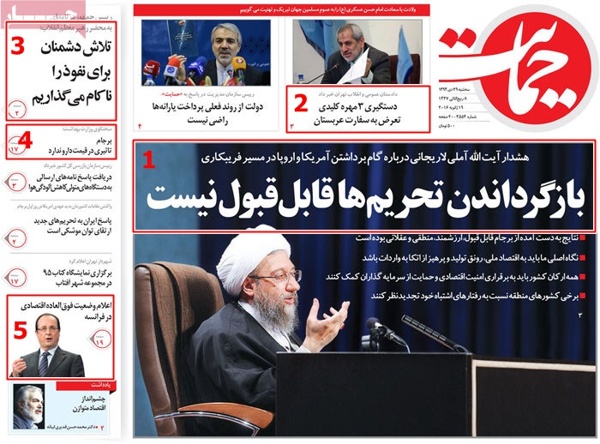 1. Rouhani, Larijani in talks with Guardian Council [on disqualifications]

2. Proposal: No cars on Tuesdays 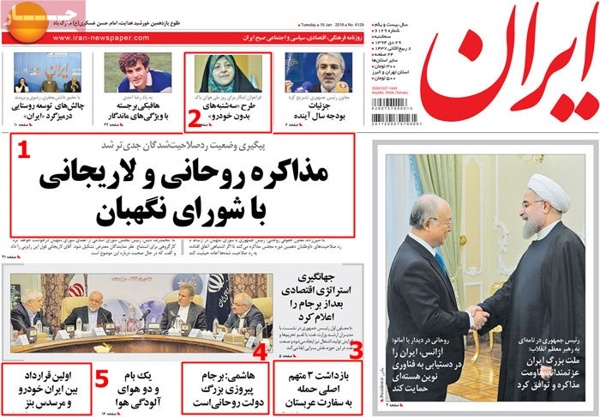 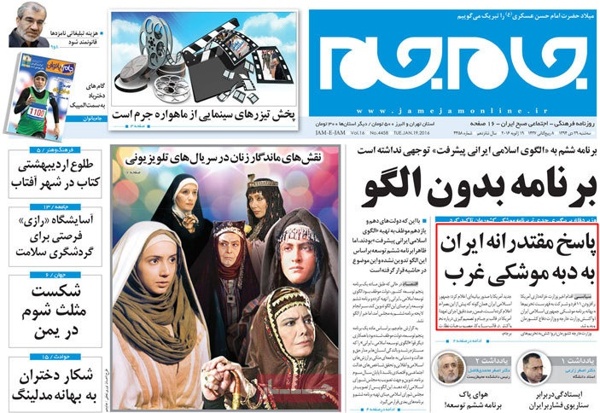 3. Rouhani to Leader: Iran will reciprocate any breach in deal 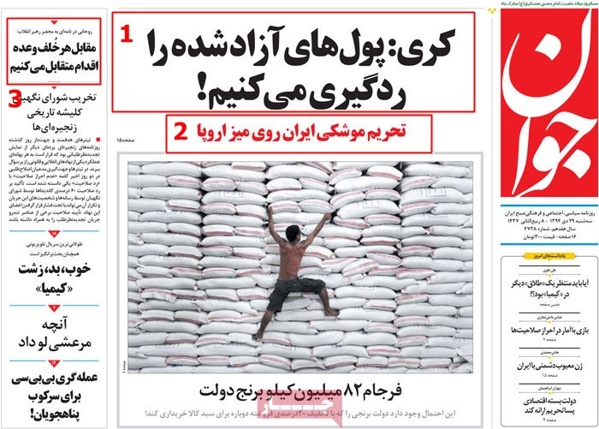 Ottawa appears ready to lift sanctions against Iran after landmark deal by U.S. 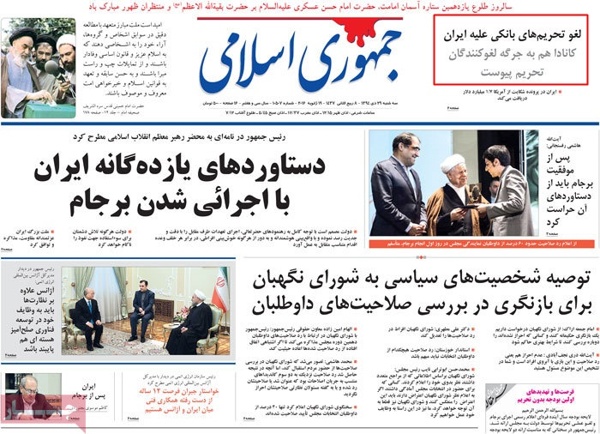 3. No price rise in energy carriers [in Iran] 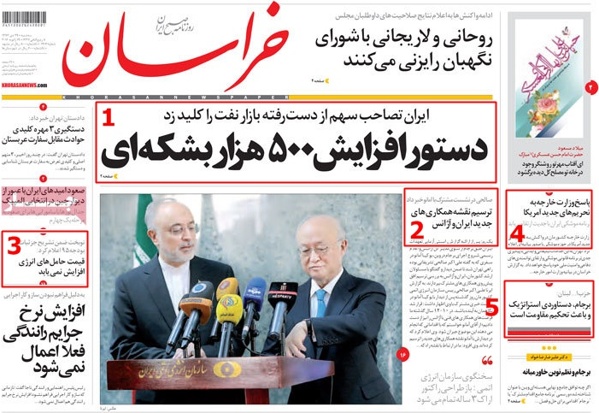 – Guardian Council break record in screenings: 16 nominees for every chair!

3. Will Google forecast or build future? 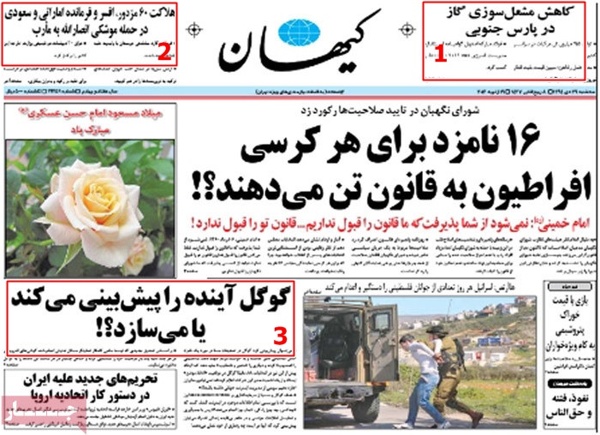 1. Economist: Recession caused by relating all problems to nuclear talks 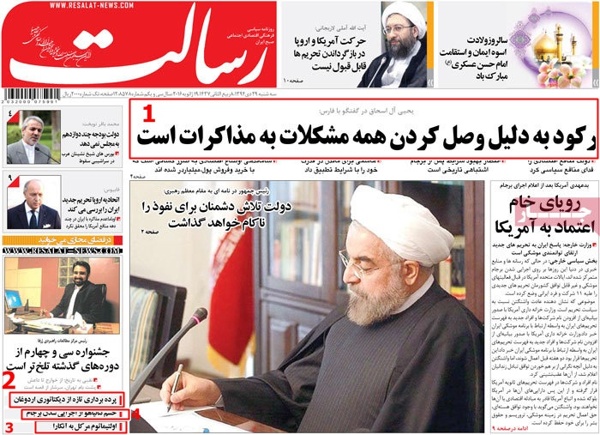 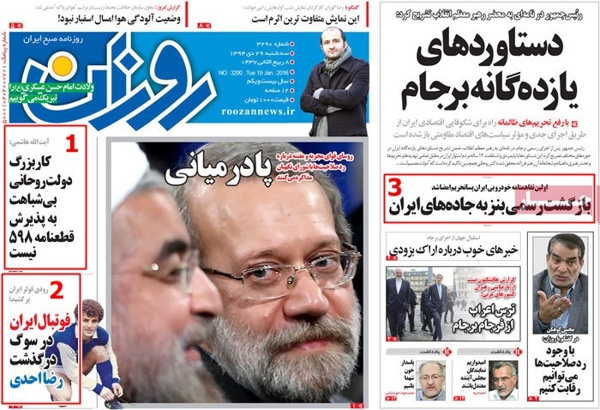 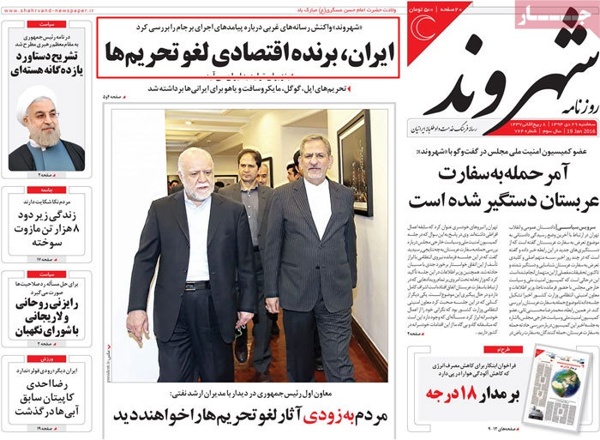 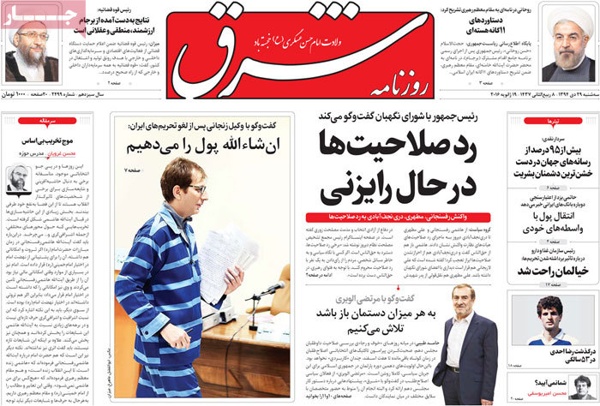