A look at Iranian newspaper front pages on Jan 18

Now that the US-led sanctions on Tehran’s nuclear program are lifted following a report by International Atomic Energy Agency (IAEA) confirming Iran’s commitment to its commitments towards P5+1 group of countries in the deal they reached on July 2015, a new chapter has been opened up to Iran as an Asian OPEC member to sell more oil and interact freely with world countries in all areas.

The recent day’s developments concerning implementation of the nuclear agreement and lifting of the sanctions grabbed the headlines of all Iranian news outlets on Monday, January 18, 2016.

Here are the highlights of the dailies: 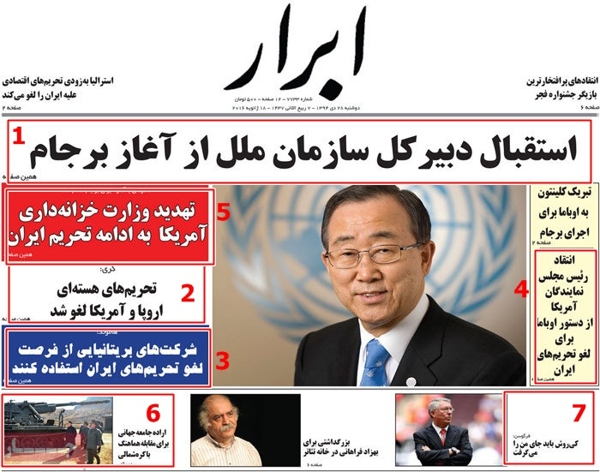 7- Ferguson: Queiroz must have replaced me

The Director General of the International Atomic Energy Agency (IAEA), Yukiya Amano, has arrived in Tehran on his first visit after the start of implementation of the landmark nuclear agreement between Iran and the P5+1.

Mazani is a person from the northern province of Mazandaran in Iran. 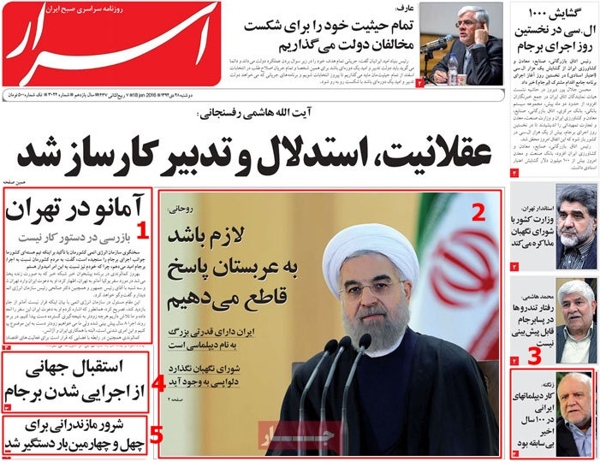 Only 4 reformist candidates qualified in Tehran

4- Obama: Ignoring Iran no help to US interests 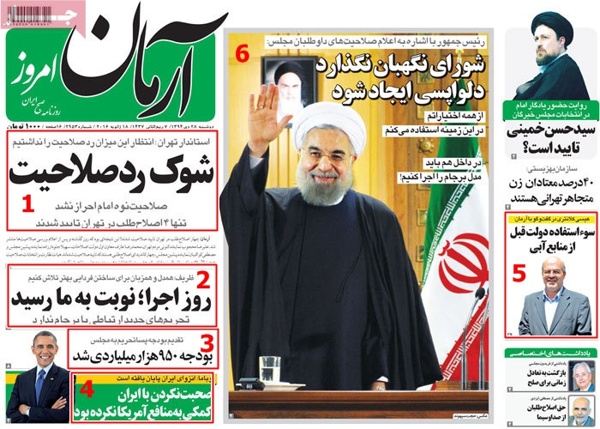 – US firms allowed to enter Iran 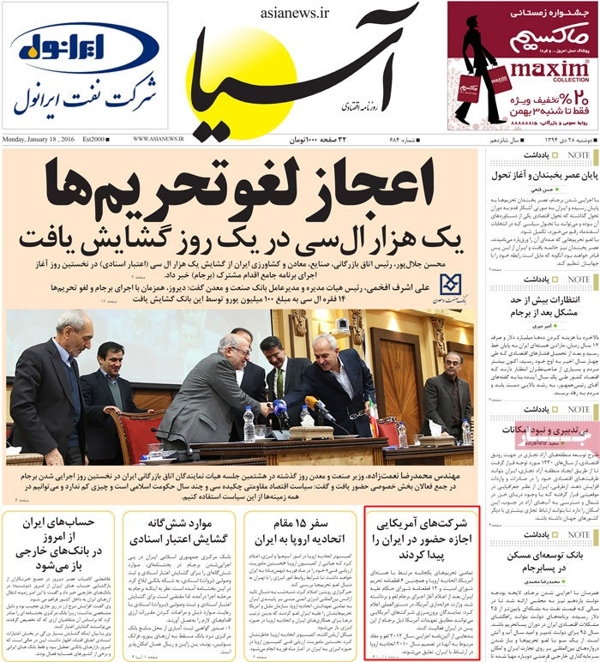 This is the outcome of the screening the qualities of Assembly of Experts candidates by the Guardian Council. What remains to be answered is what happened to the remaining 3% of the registered hopefuls.

3- Reformist political figure Aref: I would do whatever it takes to beat gov’t foes 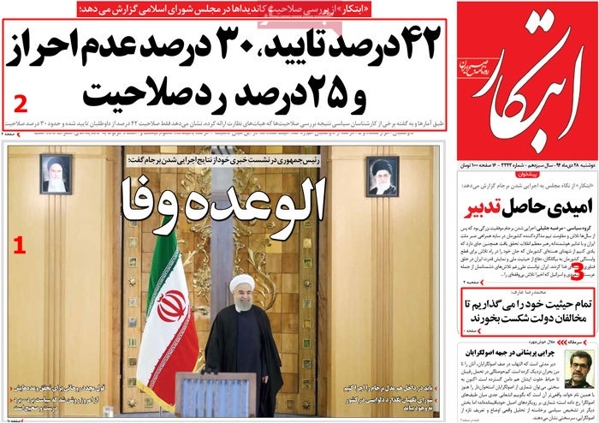 2- Thousands of houses in Tehran on quake fault 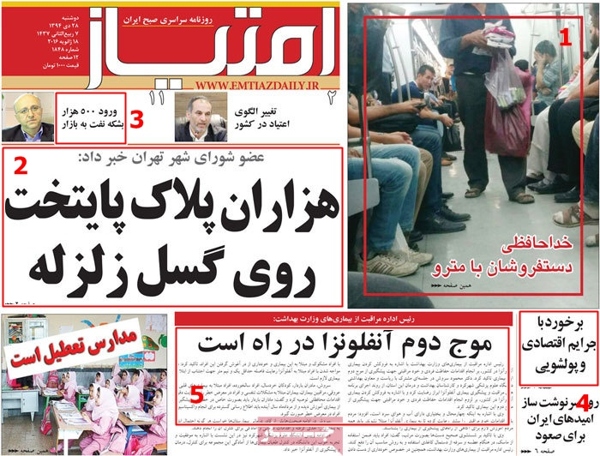 1- Deal in Hague, sanctions in Washington

An article on the recent development regarding Iran’s nuclear agreement and the new sanctions on Iran passed by US Treasury on Tehran’s missile program.

The United States is to repay Iran a $400 million debt and $1.3 billion in interest dating back to pre Islamic Revolution, Secretary of State John Kerry said Sunday.

3- Rampant disqualification of reformists [before elections by Guardian Council] 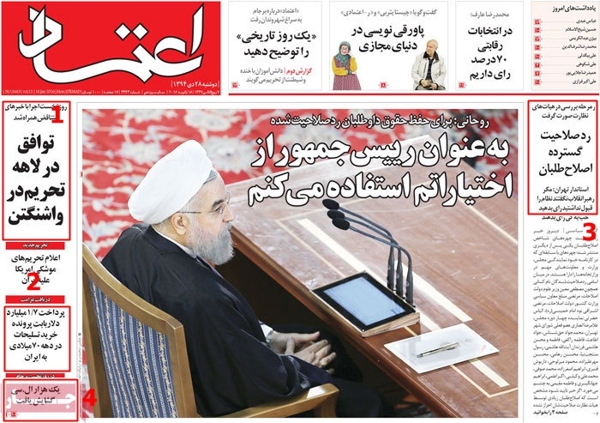 1- Rouhani to reporters: We interact with world in favor of nation

A report on President Rouhani’s televised press conference on the implementation day.

“We recruited the best diplomats and witnessed their success for the nation,” President Rouhani said. 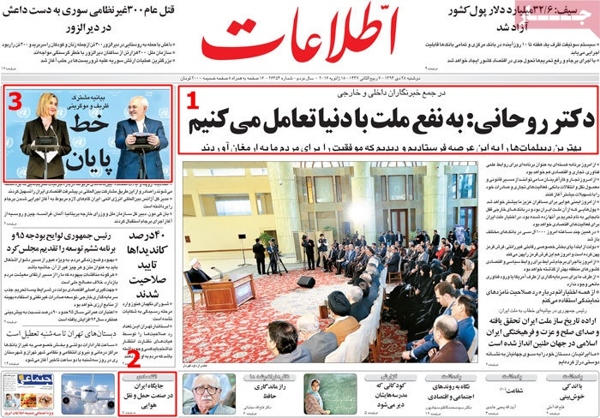 A report that details of unfreezing $32.6bn of Iran assets after the sanctions removal and implementation of Tehran’s nuclear deal with the P5+1 .

Syria’s government said Sunday that militants with Islamic State in Syria and Iraq (ISIS) killed 300 people in an “appalling massacre” committed in the eastern city of Deir el-Zour in daylong attacks that saw the extremists make significant advances in the contested region. 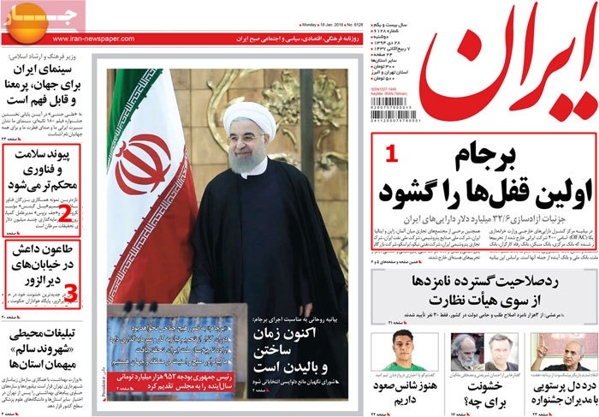 1- US reneges on deal on implementation day 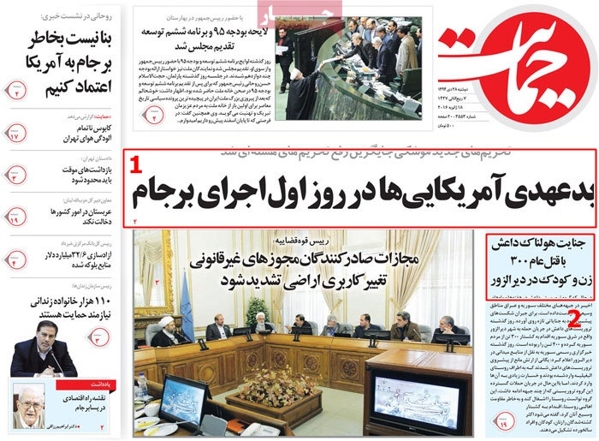 1- Iran President: No confidence in US [despite JCPOA implementation]

On Monday, Iranian President Hassan Rouhani handed over the national budget bill to the Iranian parliament for deliberation . The budget is said to be the least dependent on oil revenues since the 1979 Islamic Revolution. 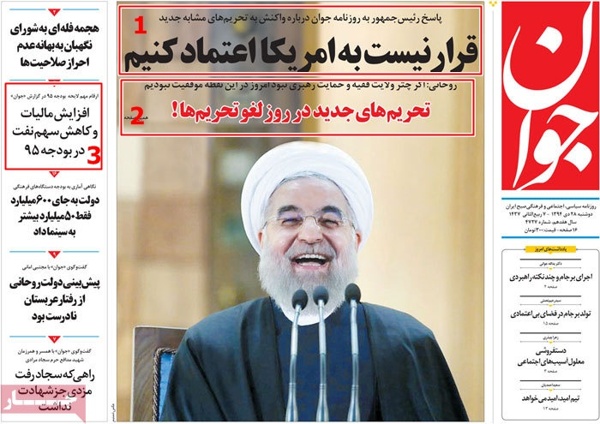 1- Rouhani: Iran to adopt JCPOA within the country 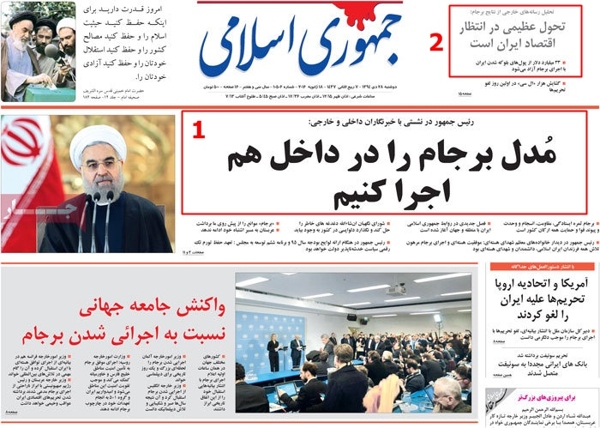 2- US reneges on promises: Not gone, sanctions return 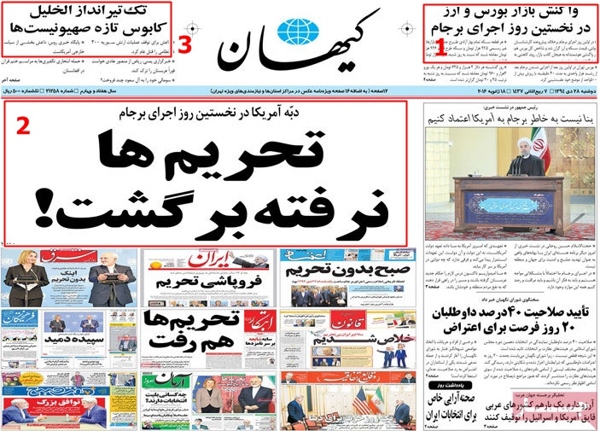 1- Leader advised during all stages of negotiations: Rouhani 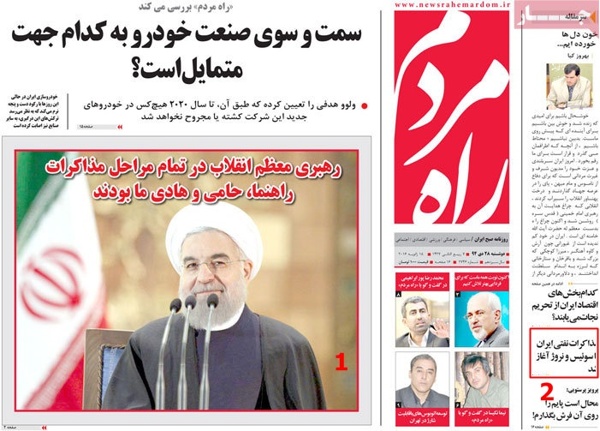 1- Iran President: What we achieved belongs to the nation

2- Article: What US seeks in region

An in-depth article on the role social networks are playing in the Iranian society. 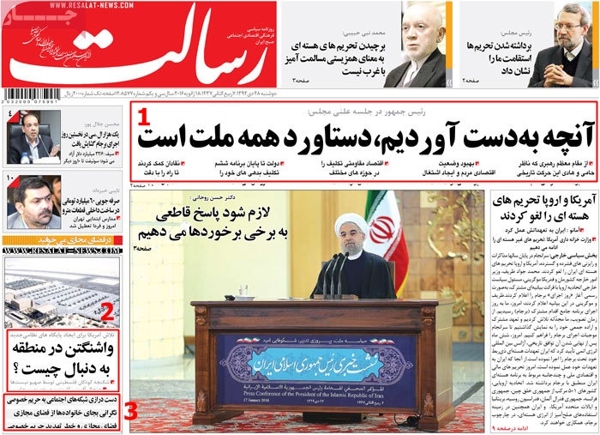 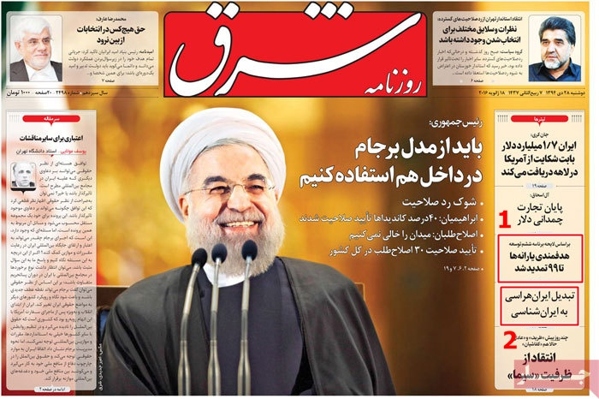