A look at Iranian newspaper front pages on Jan 11

2- US flying B52 bombers, sabre-rattling to N. Korea 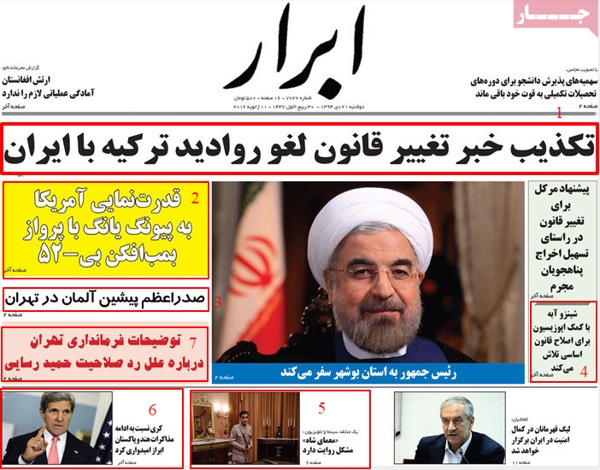 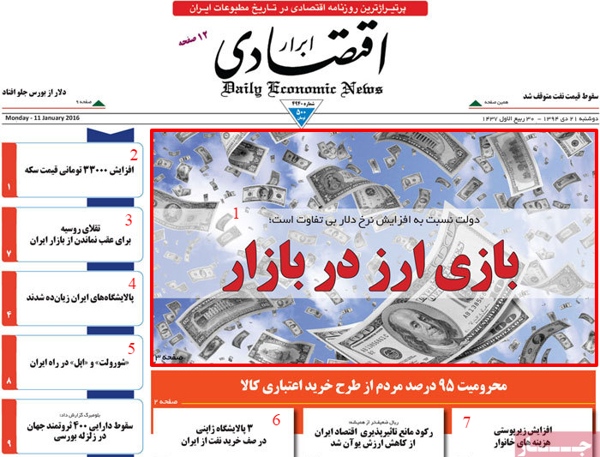 3-Spokesman: Saudi embassy attack not justifiable at all

Head of Iran Football Federation (IFF) Ali Kaffashian said all Arabic teams can play in Iran. Kaffashian’s comments came as Saudi Arabia announced on Sunday that it will disallow Iranian teams in its soil. 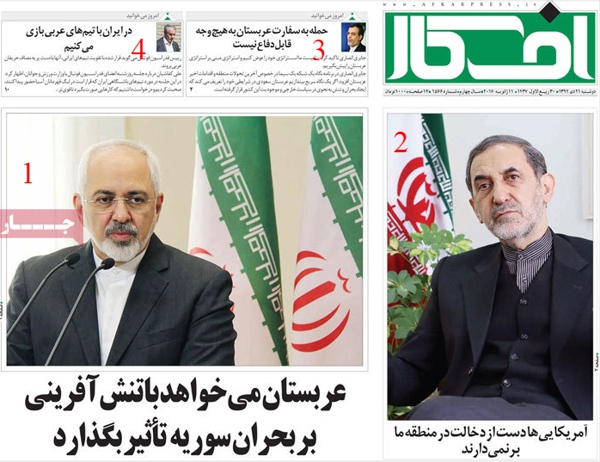 1- Cleric: Things would be better had we had 10 folks like Seyyed Hassan

Grand Ayatollah Mousavi Ardebili, Shia, Marja, said this referring to the religious and scientific supremacy of Seyyed Hassan Khomeini (the grandson of Imam Khomeini, founder of the Islamic Revolution).

2- No tolls for using tunnels, for now

A report on signals that tolls will be taken from tunnel users in Iran.

Nejatollah Ebrahimian, spokesperson of the Guardian Council, the body in charge of major Iranian elections, said, referring to the large number of stories covered by Iranian newspapers about disqualification of outstanding Assembly of Experts hopefuls. 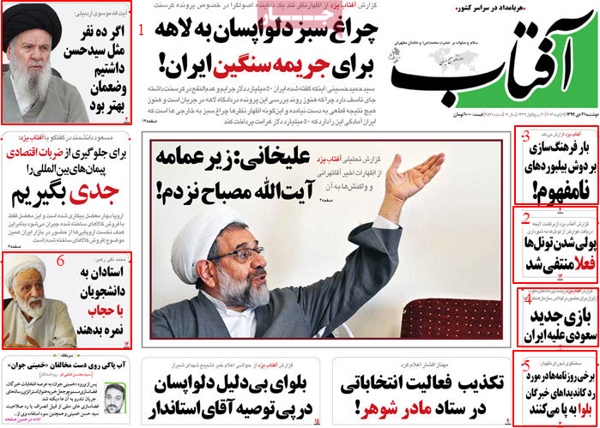 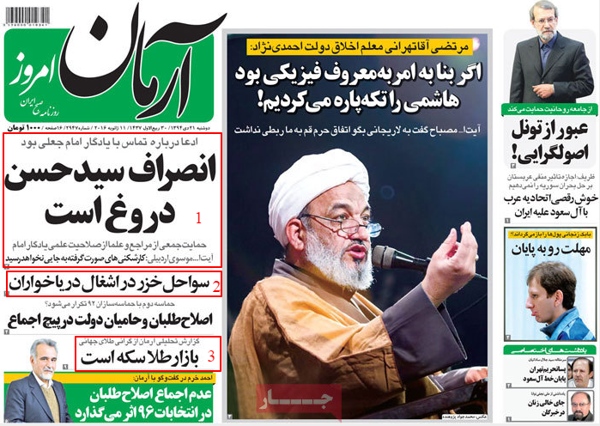 The name of a new campaign in Iran 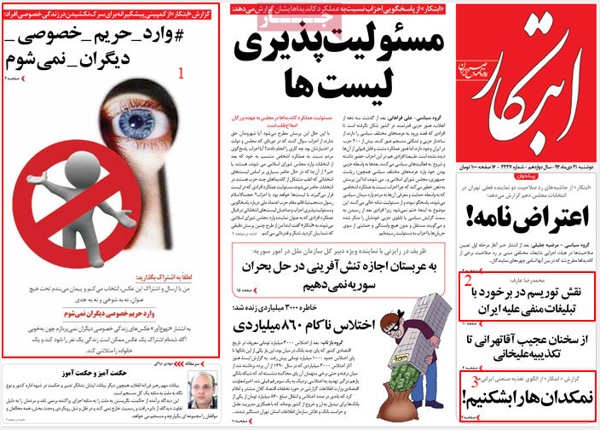 The most popular tourism resort in northern province of Mazandaran 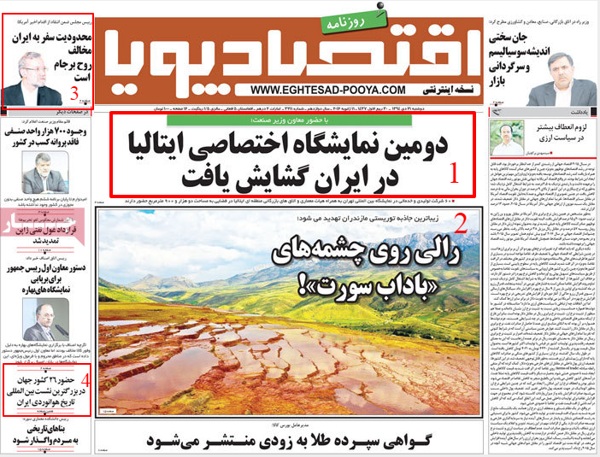 1- Less than 7 days to JCPOA implementation

The replacements took place a week after the Saudi embassy in Tehran was attacked by a number of fervent citizens who opposed Saudi policy and execution of Sheik Nimr. 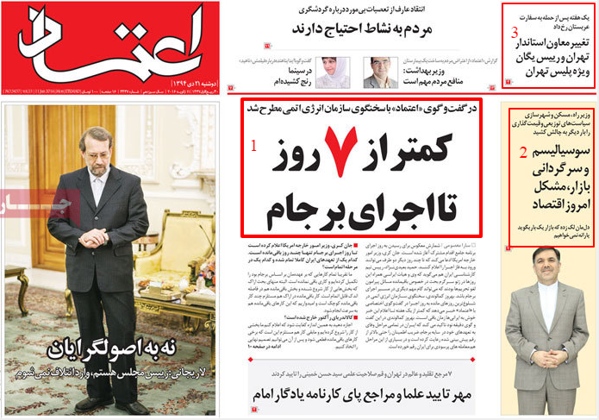 3- Doctors Without Borders hospital hit by SLC rocket in Yemen 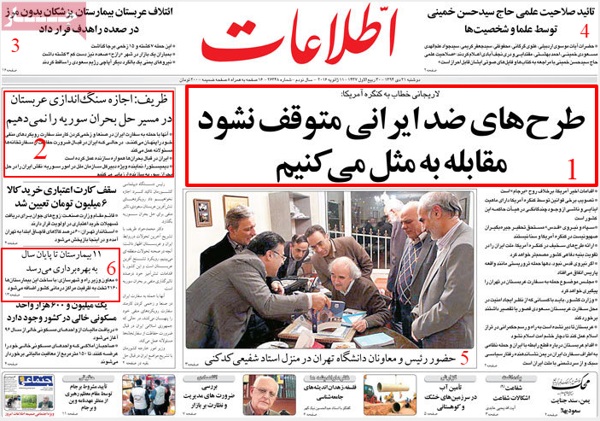 Pars Oil and Gas Company chief told this in an exclusive interview with Iran. 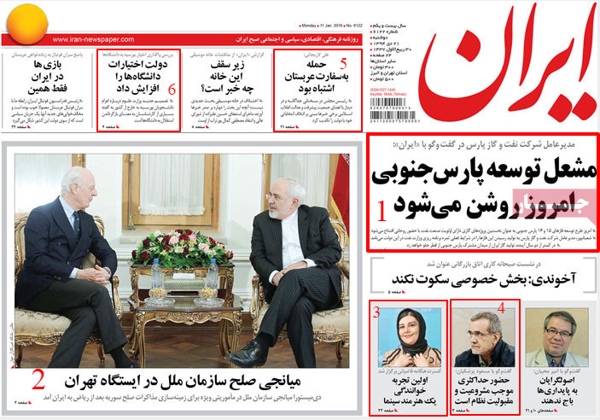 2- 8 million jobseekers in Iran next year 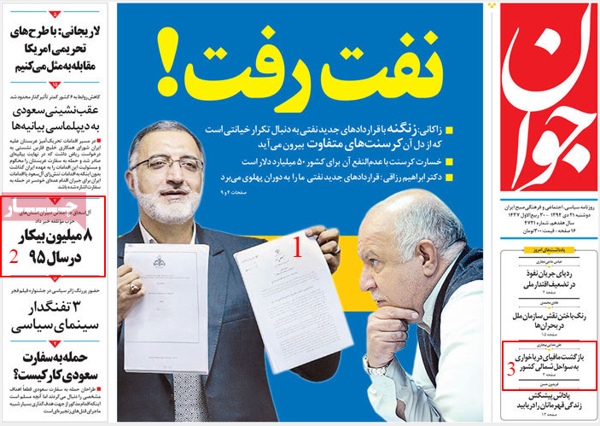 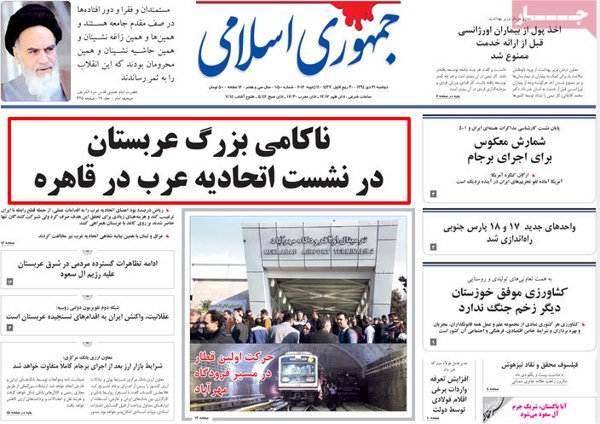 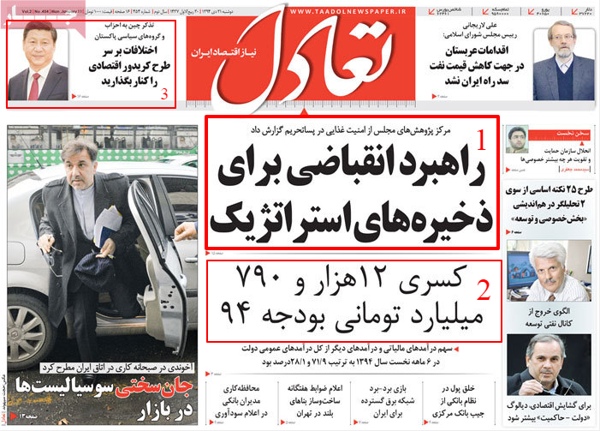 1- Capital’s migration from Hafiz to Ferdowsi

Hafiz St. is where Iran’s stock market is located and Ferdowsi is the country’s hub for forex and gold trade.

A report on the global economy 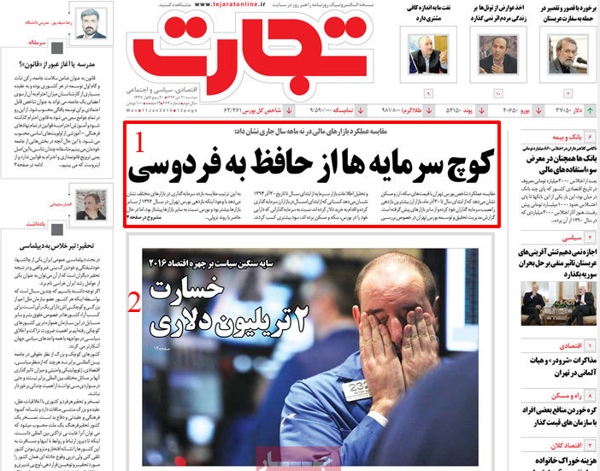