IFP has taken a look at the front pages of Iranian newspapers on Saturday, February 22, 2020, and picked headlines from 8 of them. IFP has simply translated the headlines and does not vouch for their accuracy. 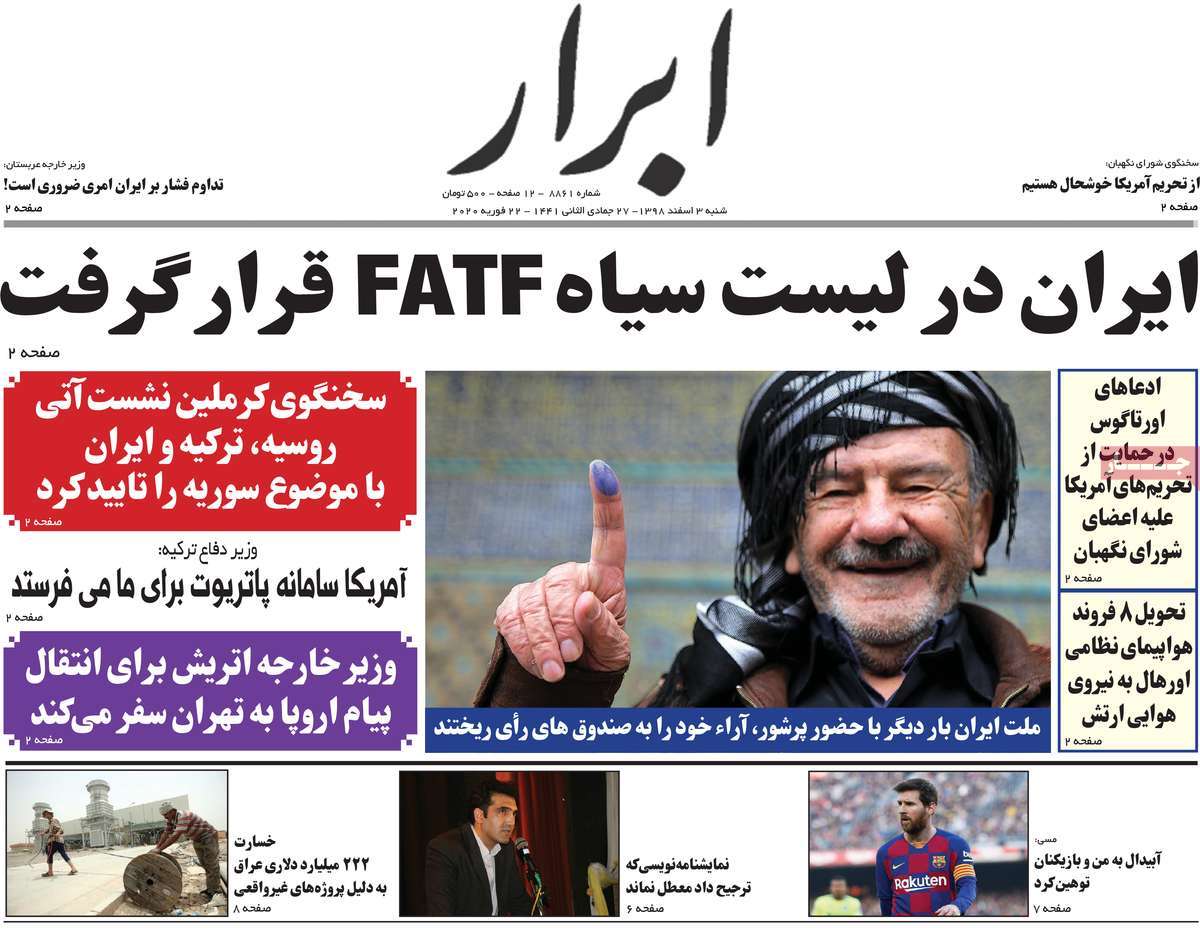 3- Pentagon Official: We Should Prepare for War against China 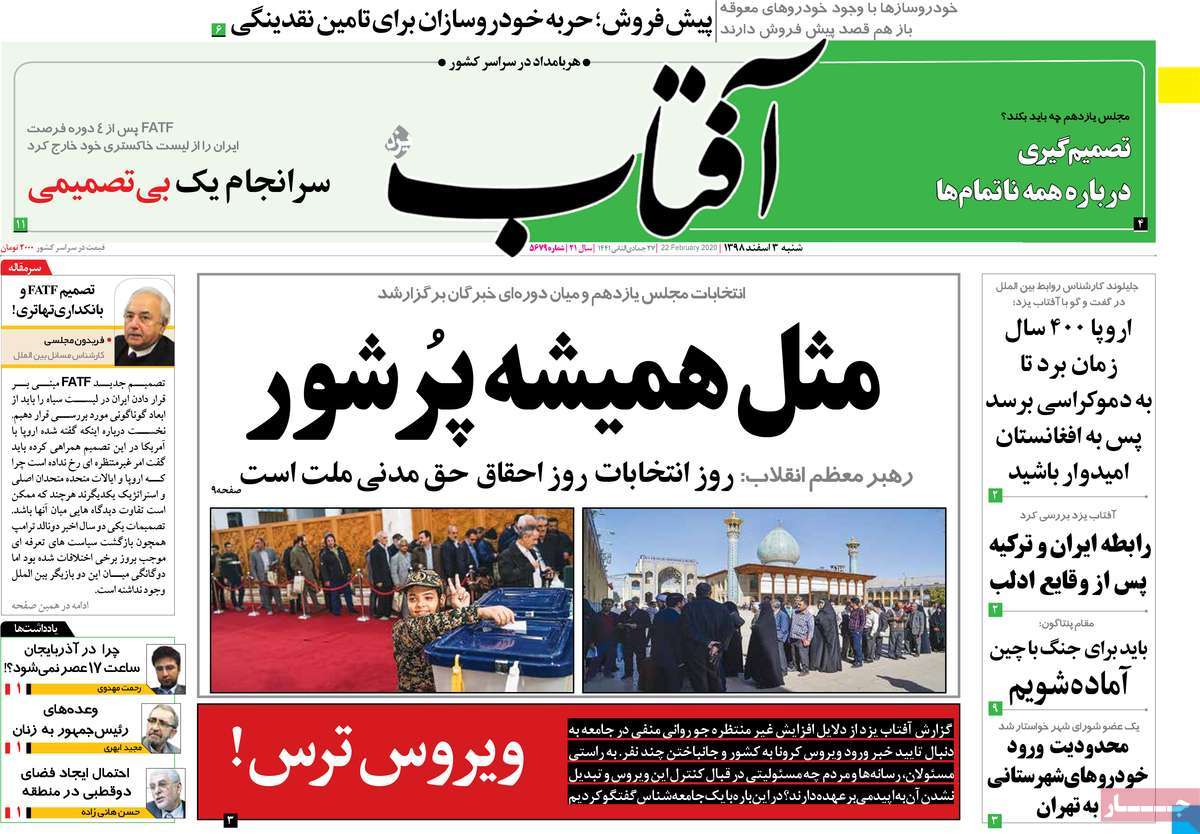 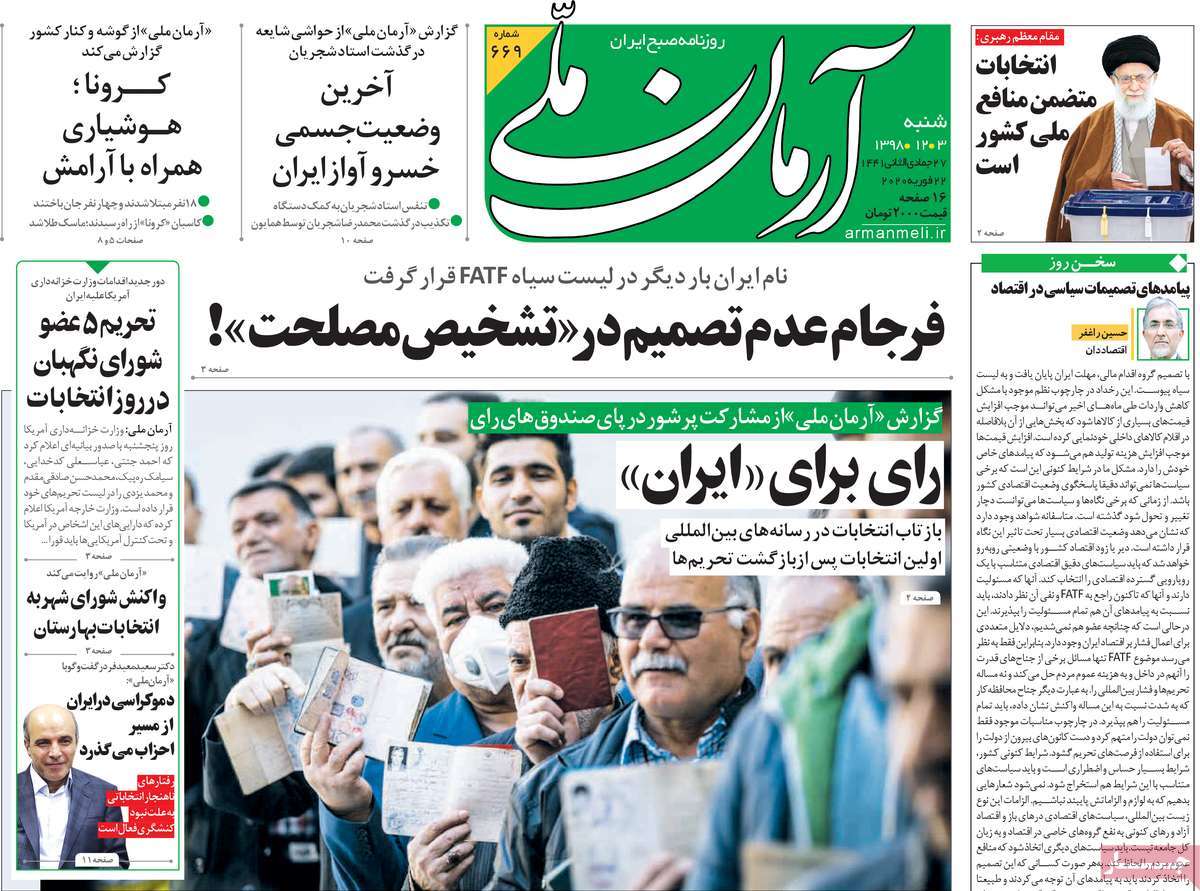 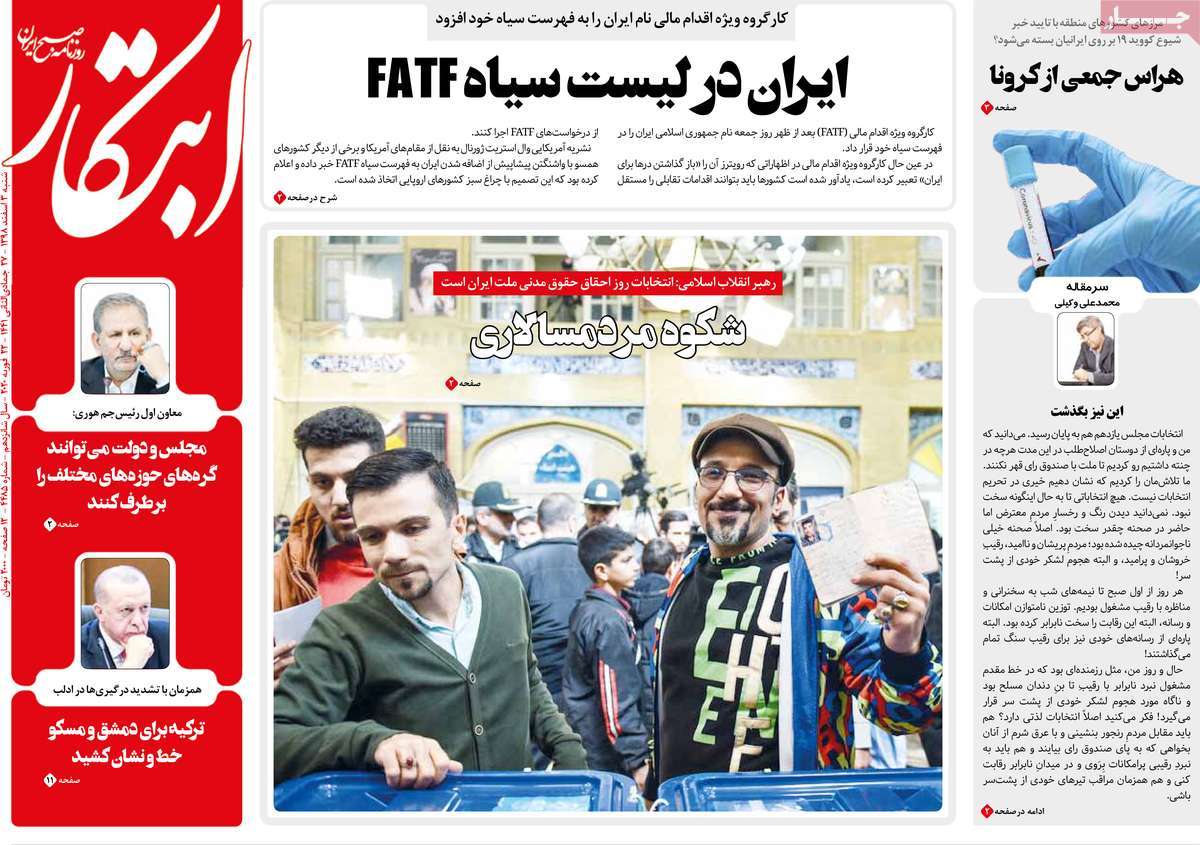 2- Celebration of Elections: Leader, President, Other Officials Cast Their Ballots 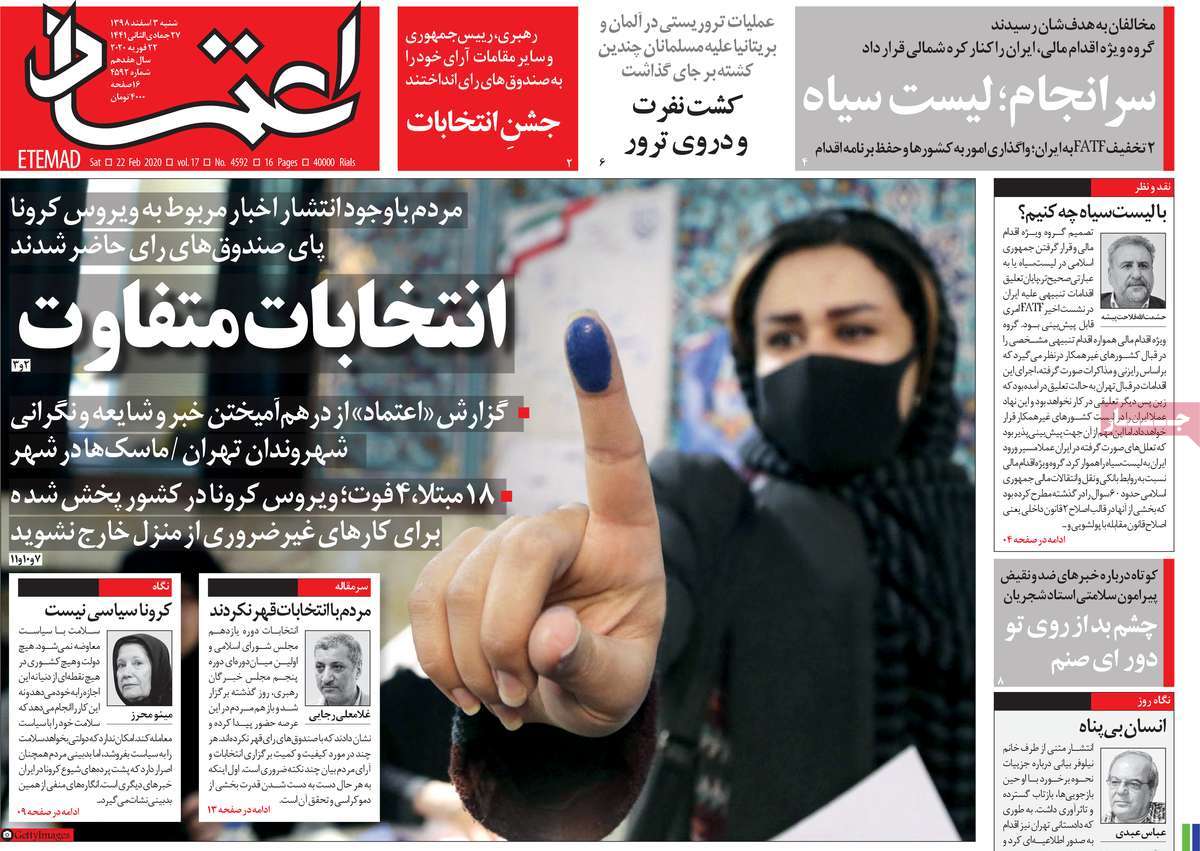 2- Gov’t Mobilizes All Its Facilities to Fight Coronavirus: VP 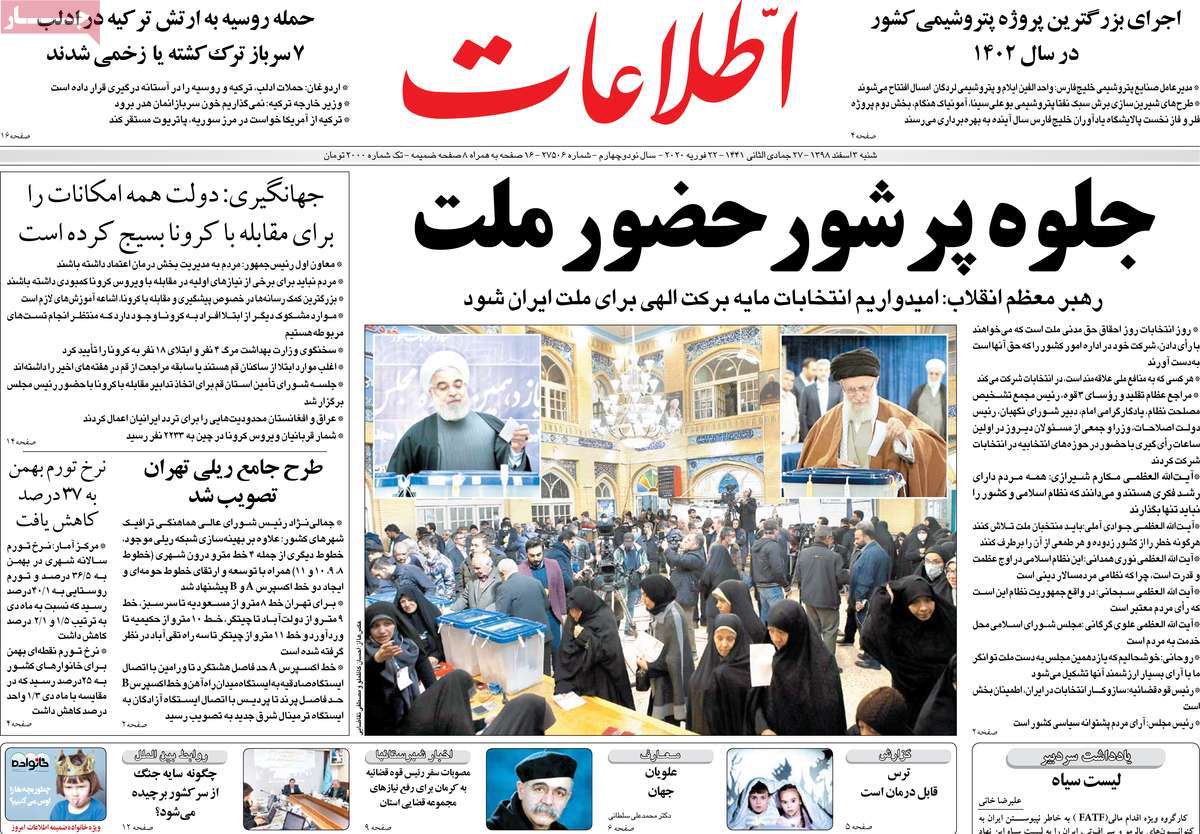 1- Iran Leader: Whoever Interested in National Interests Votes in Elections

2- Rouhani: We Hope the Best Are Chosen 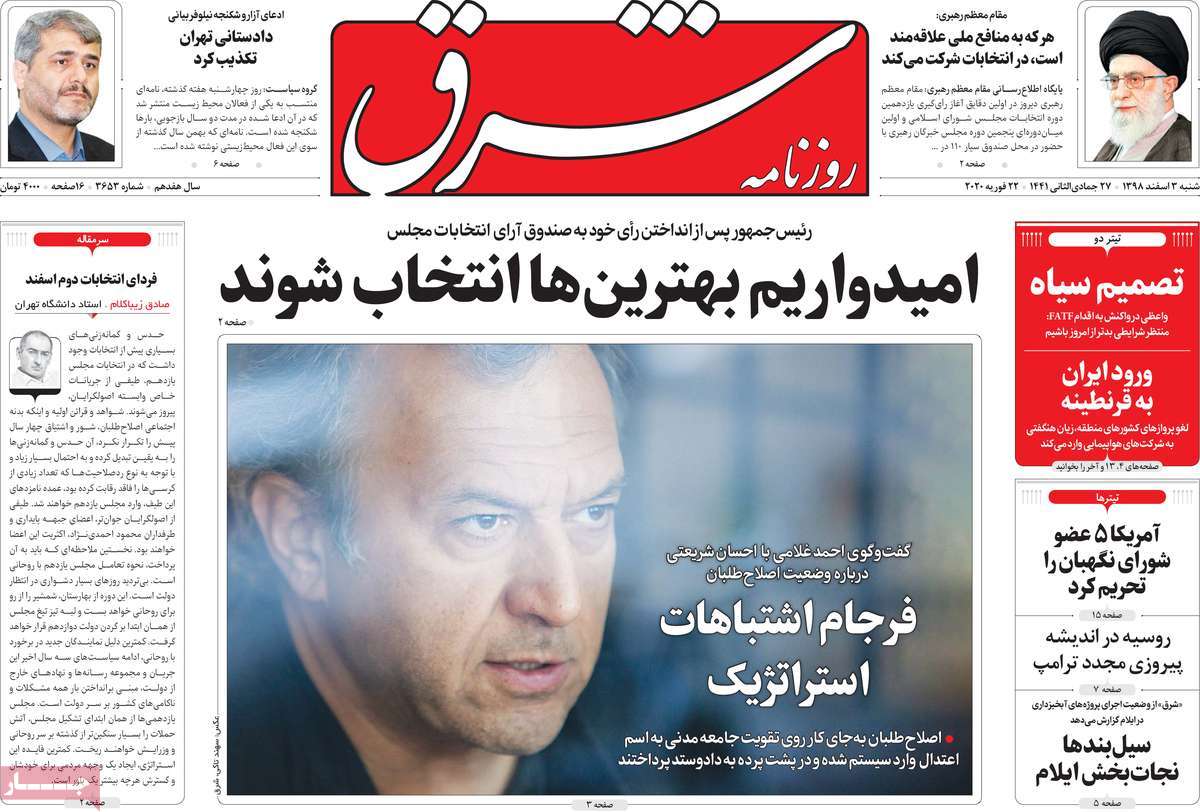