A look at Iranian newspaper front pages on Feb 7

Units of the Yemeni army and Popular Committees fired Tochka-type ballistic missile at an assembly point of the Saudi-led coalition forces at Mass military camp in Marib. 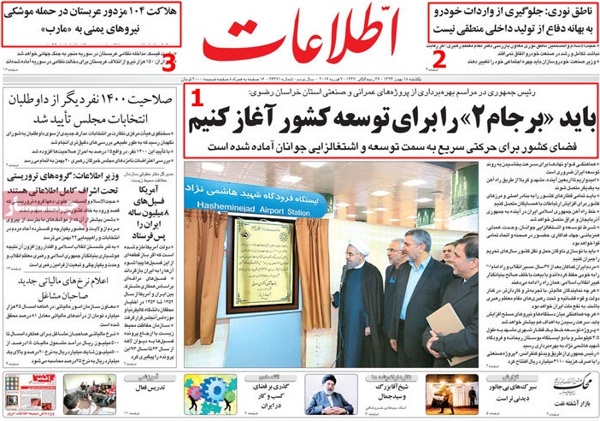 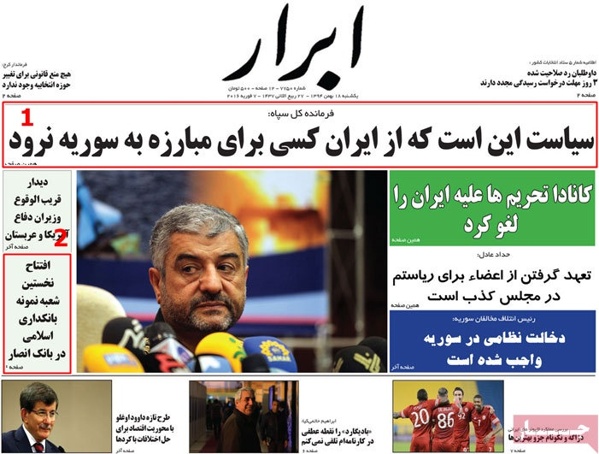 1- Iran to dump dollar in trade

2- €50m guarantee for exporters of goods to Iran 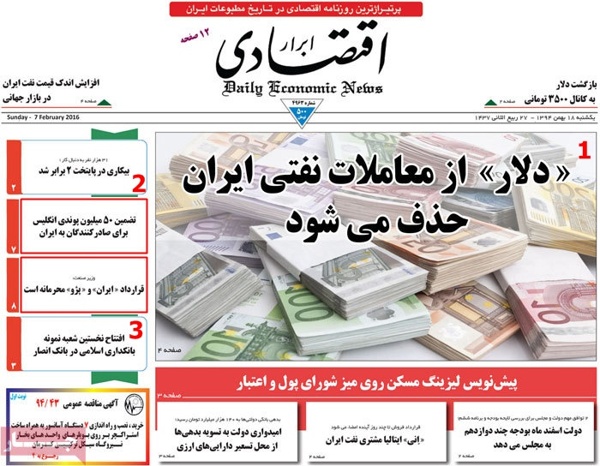 1- Nothing has changed for reformists despite 1,500 more candidates are qualified for elections

2- Total, Eni line up to buy crude oil from Iran 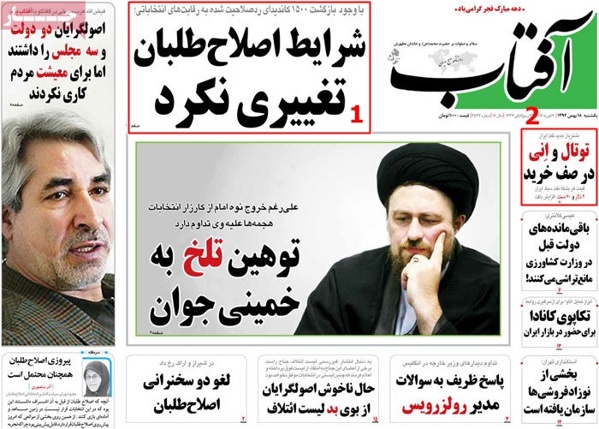 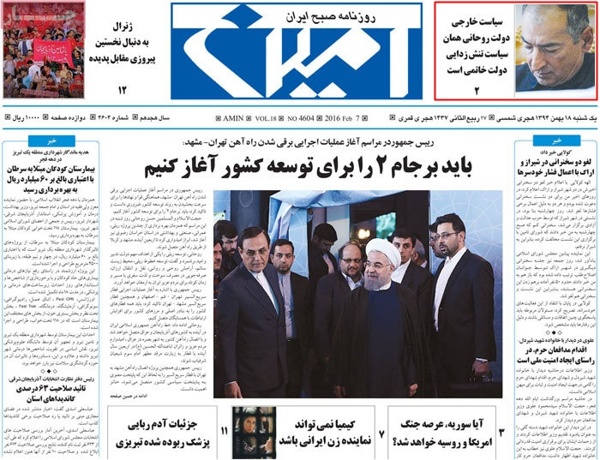 1- MP: Everyone must be free to speak

Only 147 parliament hopefuls have been disqualified by the vetting body. 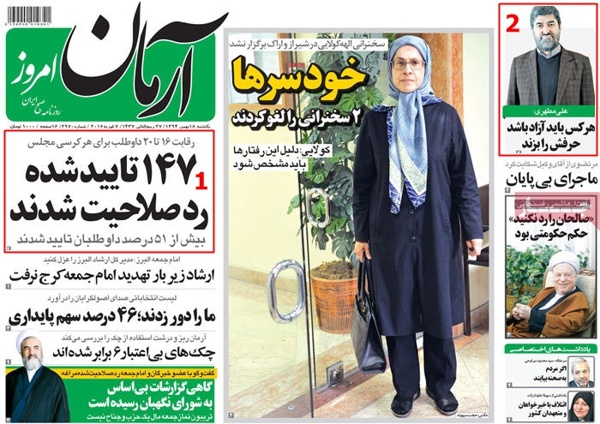 3- Iran brings 1,351 fossils belonging to 8 million years ago from US 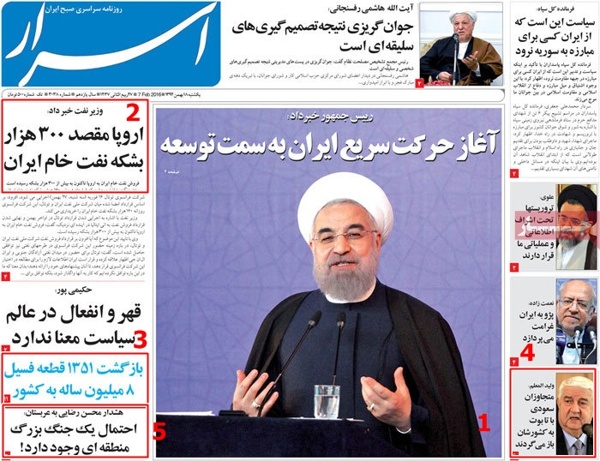 Iran’s President Hassan Rouhani said the country is working on a railroad to connect country’s railway network to Iraqi railway at southern Iraqi city of Basra, hoping that citizens living in the northeastern city of Mashhad would be able to make a pilgrimage to Iraq’s holy city of Karbala by train next year. 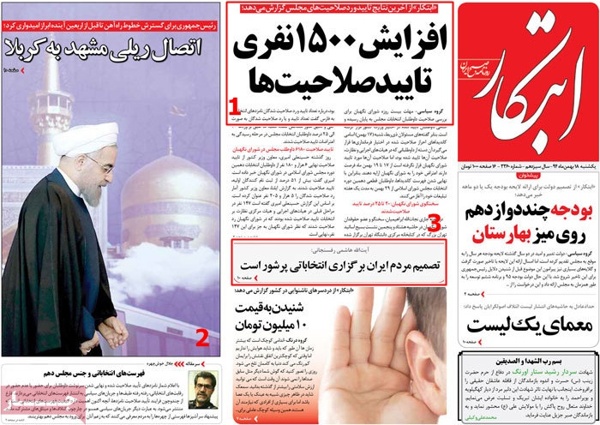 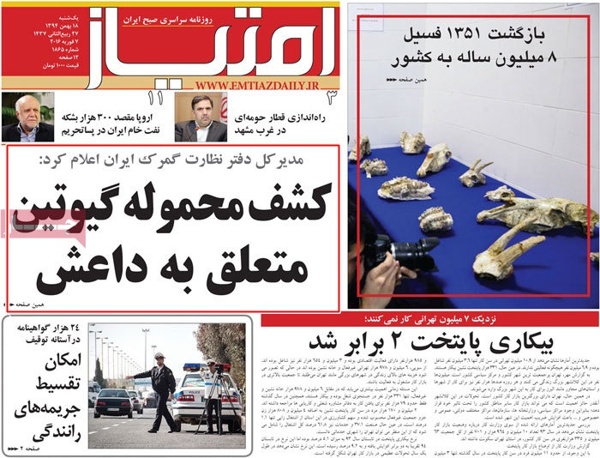 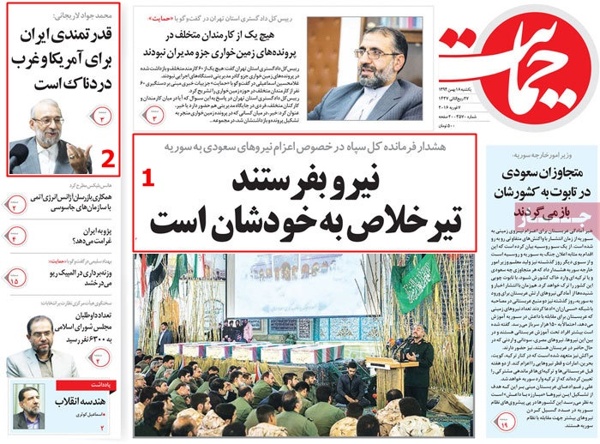 2- Siege of Aleppo; Raqqa by the Syrian Army 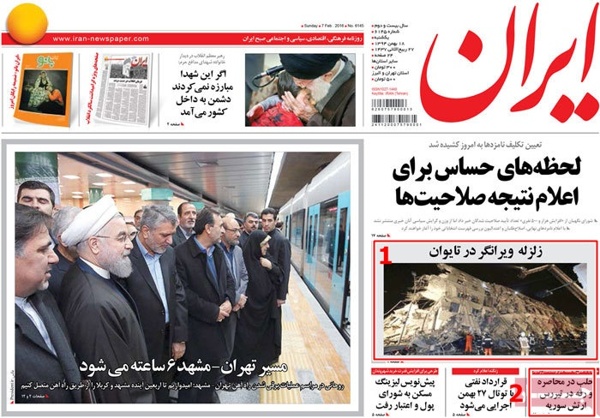 1- For me, red carpet is [religiously] forbidden: Hatamikia at Fajr Film Festival

Ebrahim Hatamikia is a celebrated director in Iranian cinema.

2- Terrorists have their last breath in Aleppo 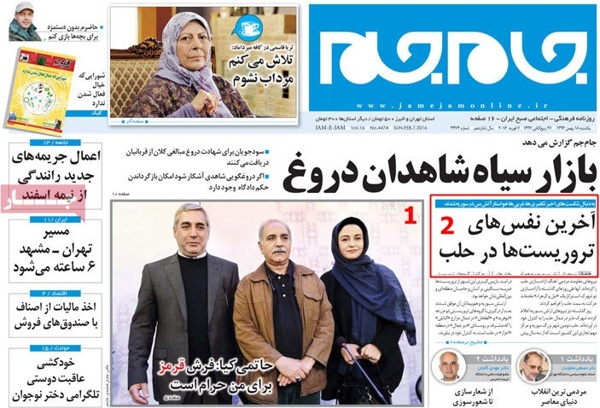 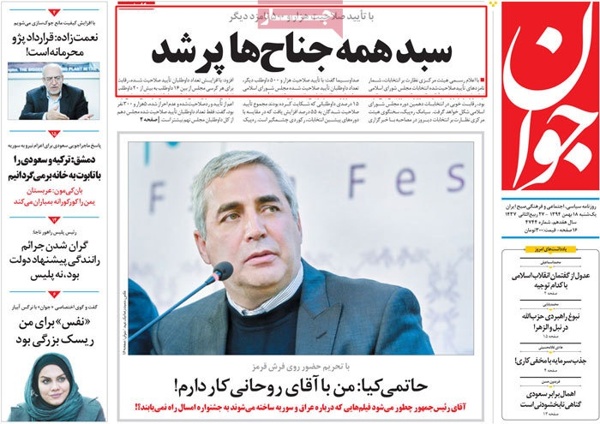 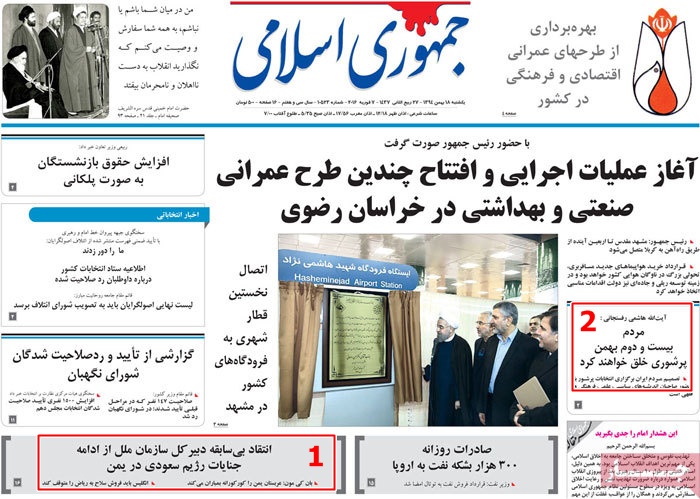 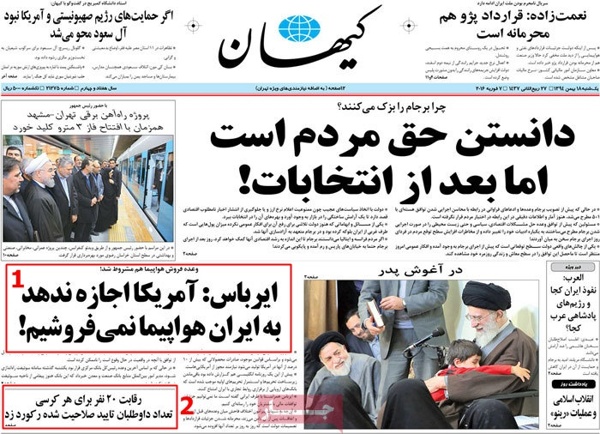 1- Russia to Saudi Regime: Have you won anything in Yemen to start invading Syria? 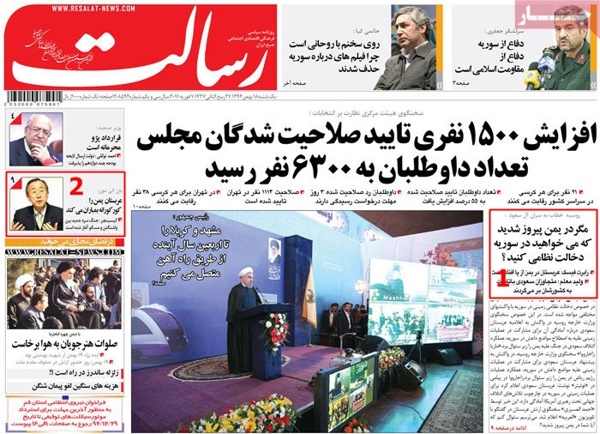 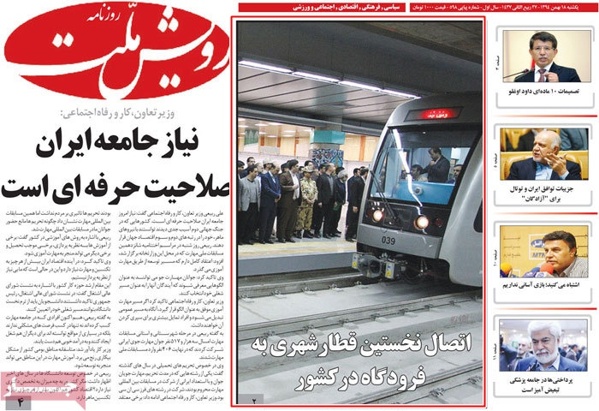 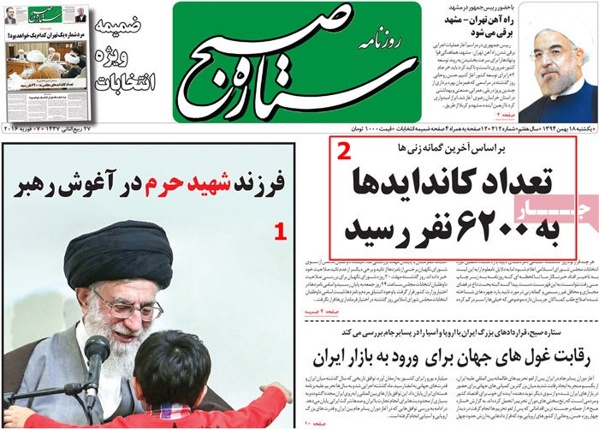 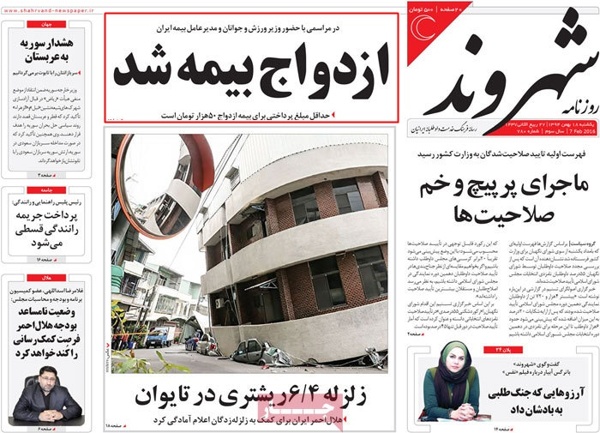 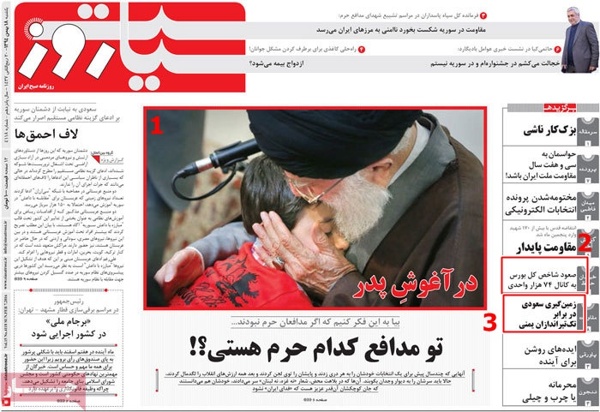