A look at Iranian newspaper front pages on Feb 4

IFP has taken a look at the front pages of Iran newspapers on Thursday and picked headlines from 13 of them. IFP has simply translated the headlines and does not vouch for their accuracy.

1. Leader calls for standing up to anti-revolution thinking current 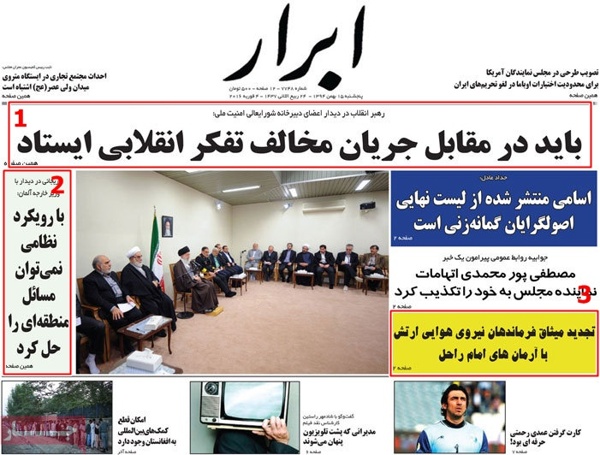 1. Leader to Supreme National Security Council: Safety one of society’s most vital necessities

“Today, the issue of safety is no more a mere military and security matter; rather it entails economic, lifestyle, cultural, political, social and psycho-ethical dimensions,” said the Leader in a Wednesday meeting with secretary of the SNSC and its secretariat’s staff.

3. AEOI Chief: Iran to rebuild Arak Reactor better than before 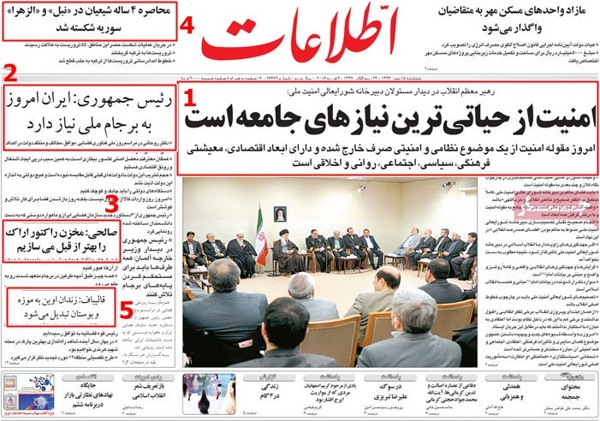 1. Security must be under the shadow of revolutionary identity: Leader 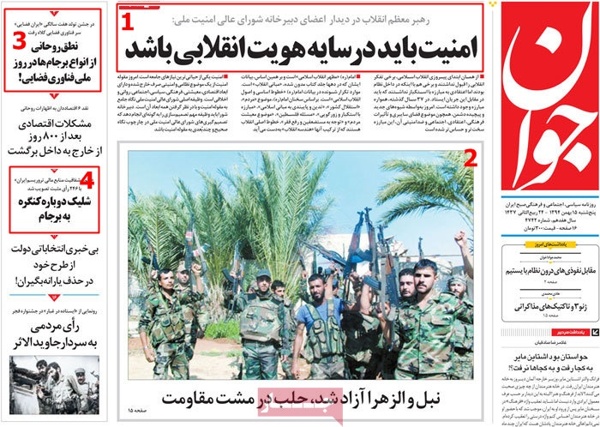 Rafsanjani: dogmatism and ossification is dangers

Needs of the youths must be considered 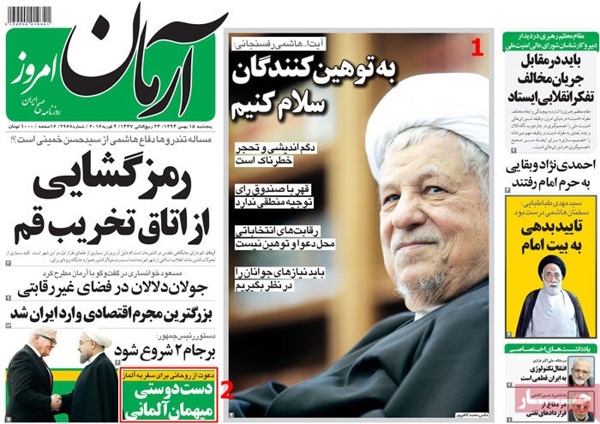 2. Start of 2nd JCPOA [Iran is putting Joint Comprehensive Plan of Action as a model for a national version of the plan.]

President Rouhani addressed a ceremony marking National Day of Space Technology on Wednesday, and called for what he believed was a second JCPOA, this time, calling it ‘Joint Comprehensive National Plan.’

“We have put JCPOA 1 behind and must set off walking in the path of the second JCPOA,” he said.

“All the nation, including critics, government supporters and [even] the opposition must join hands to help solve the country’s problems.” 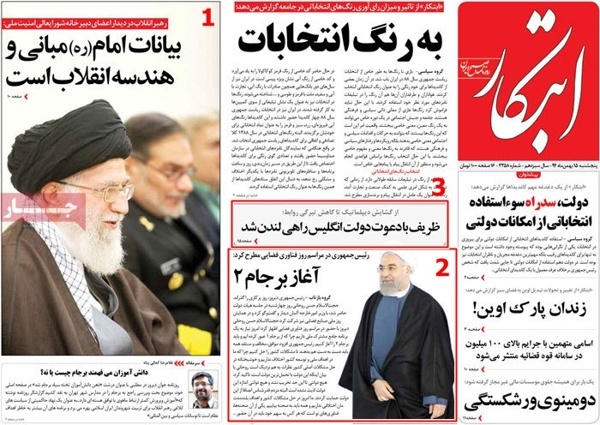 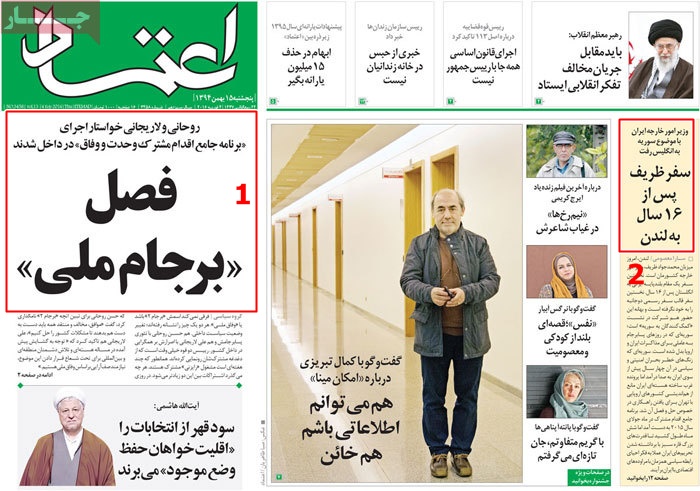 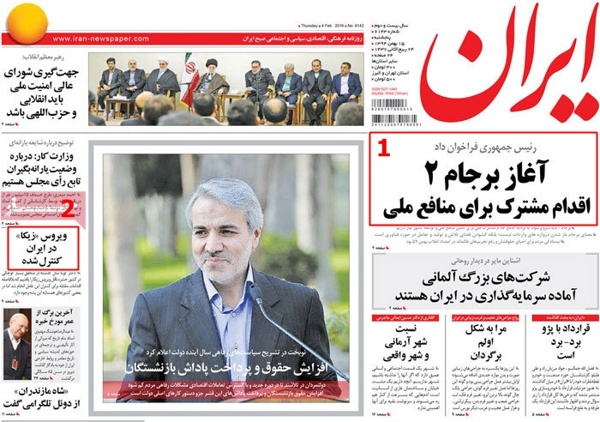 1. Judiciary resistance against those in power, wealth 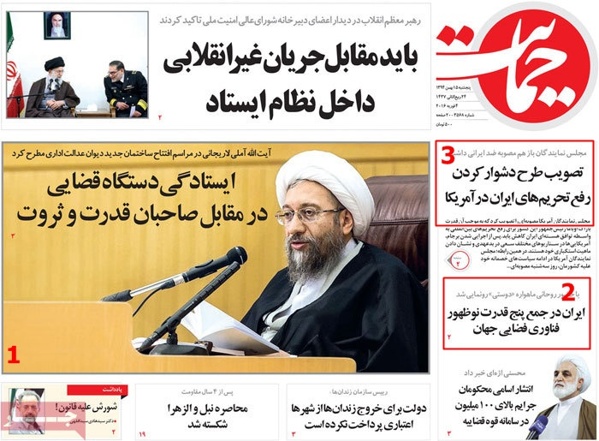 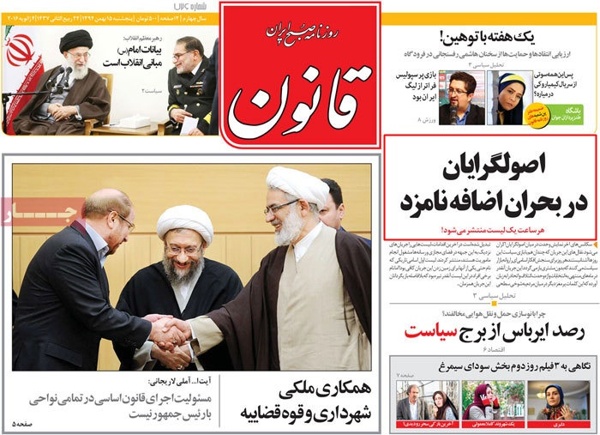 Leader calls for standing up against anti-resistance current

2. You made ISIS: Italian reporter shouts at Kerry 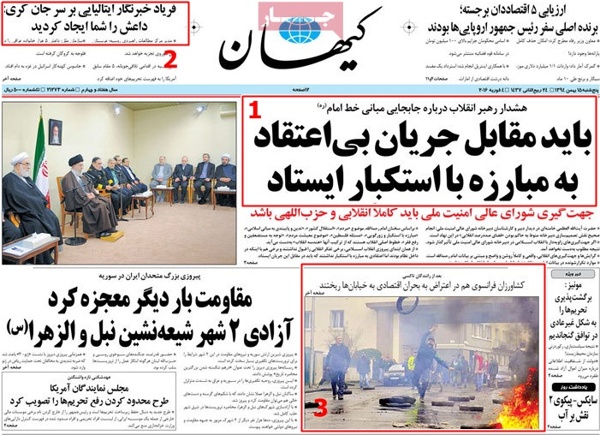 German foreign minister said he was astounded by the architectural beauties of Baharestan and Shahrbani palaces in Tehran. 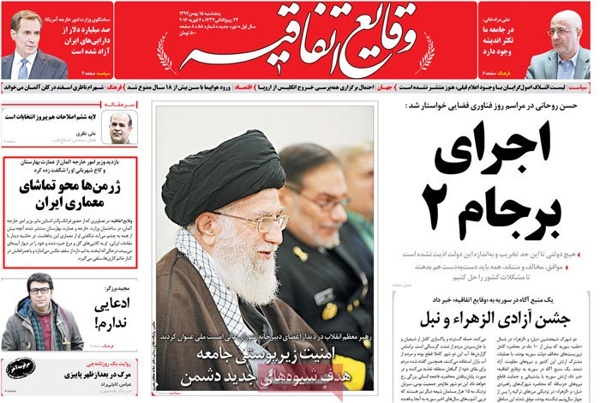 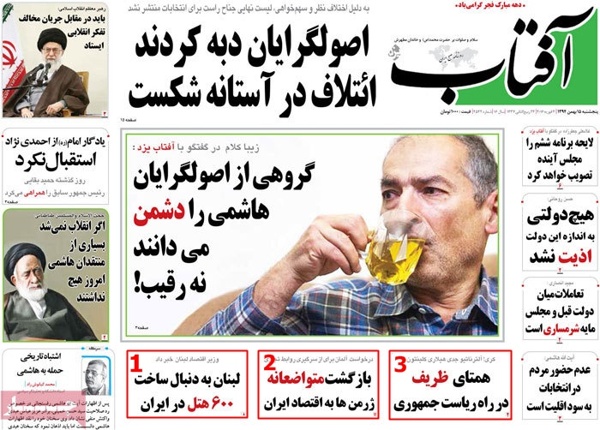