A look at Iranian newspaper front pages on Feb 28 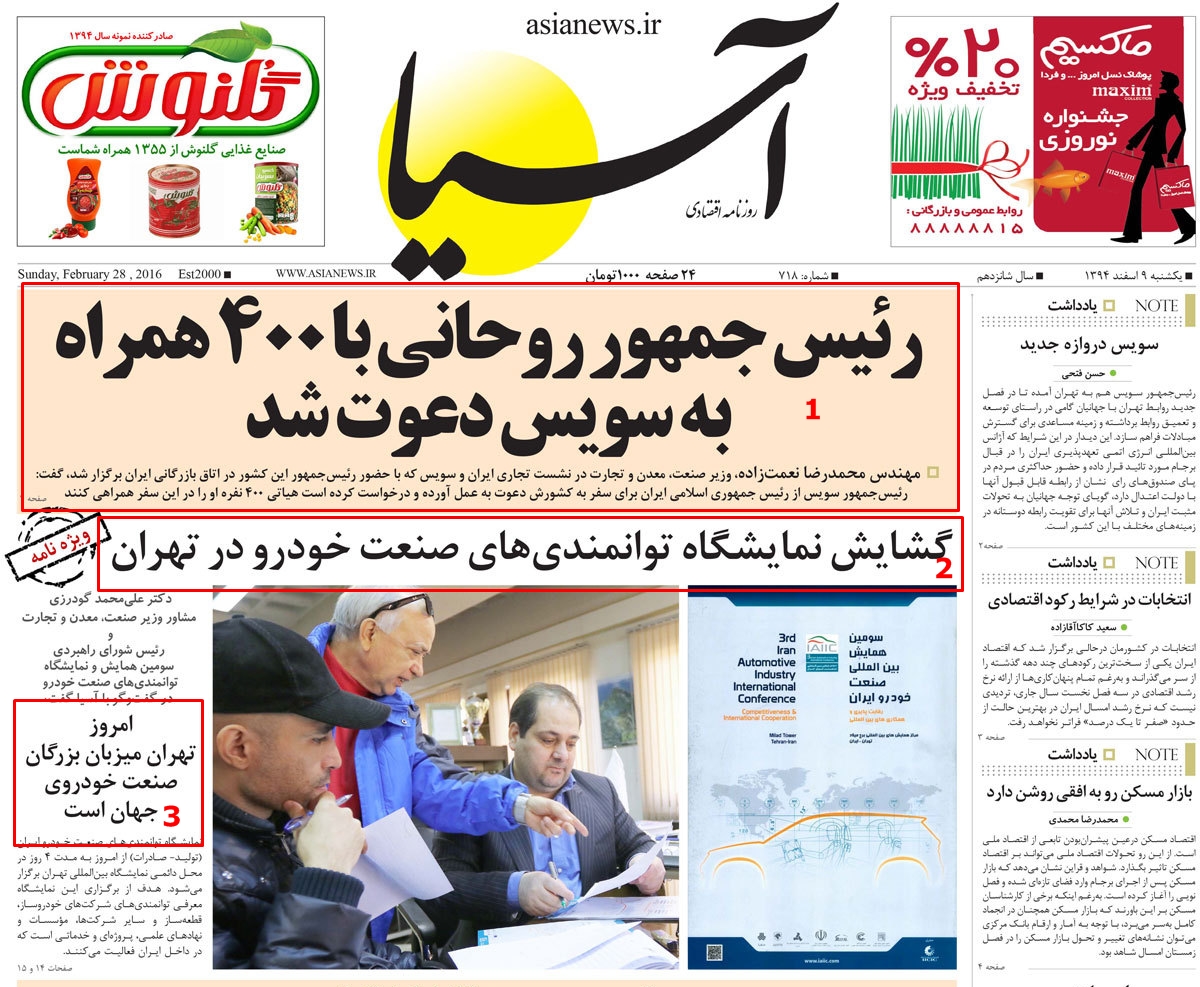 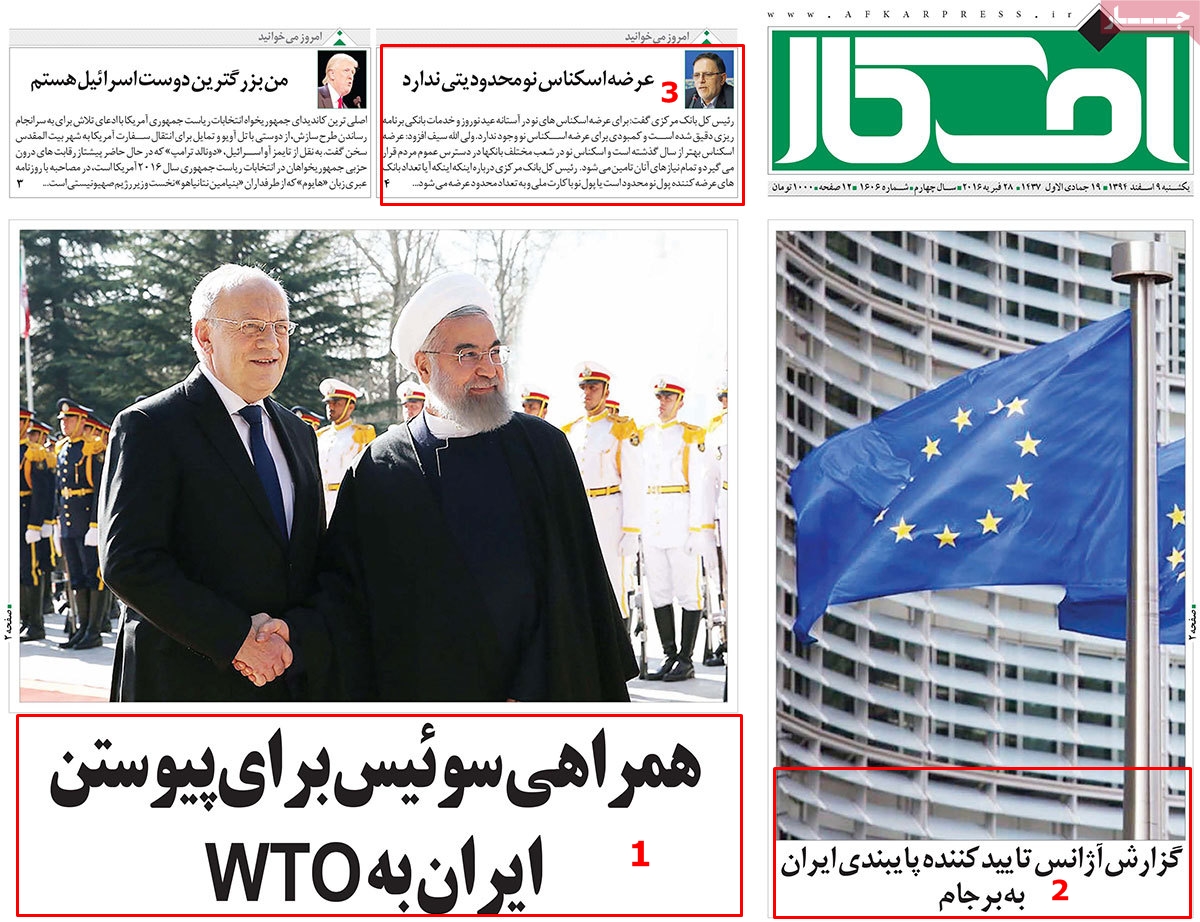 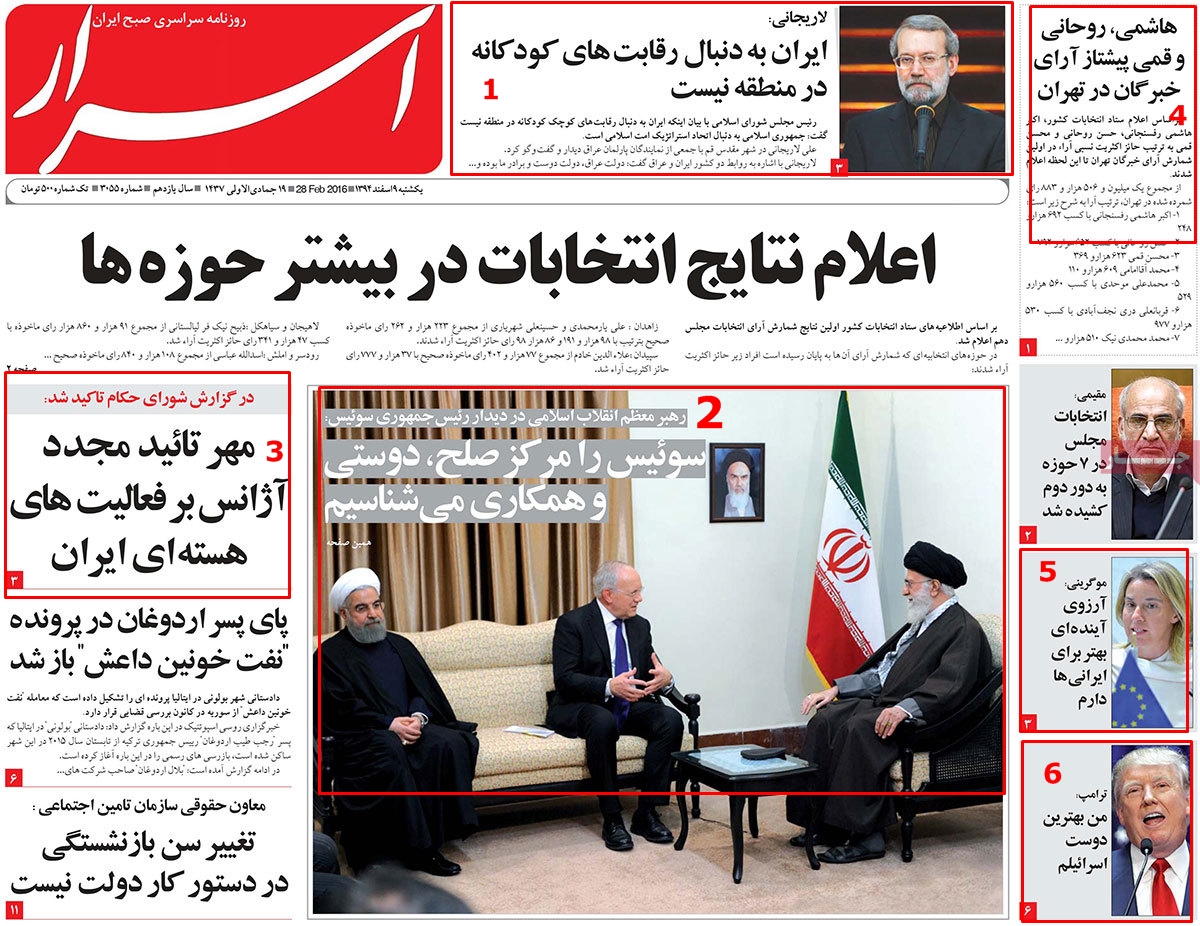 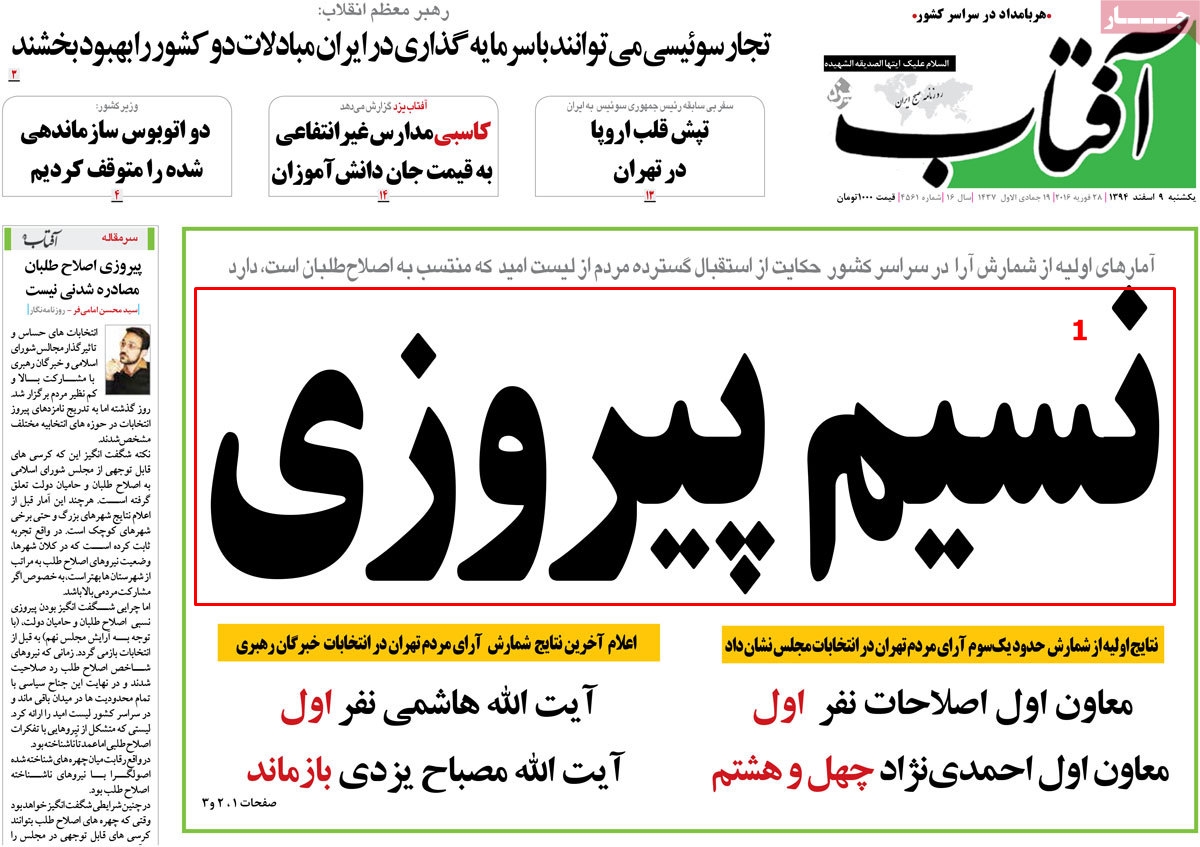 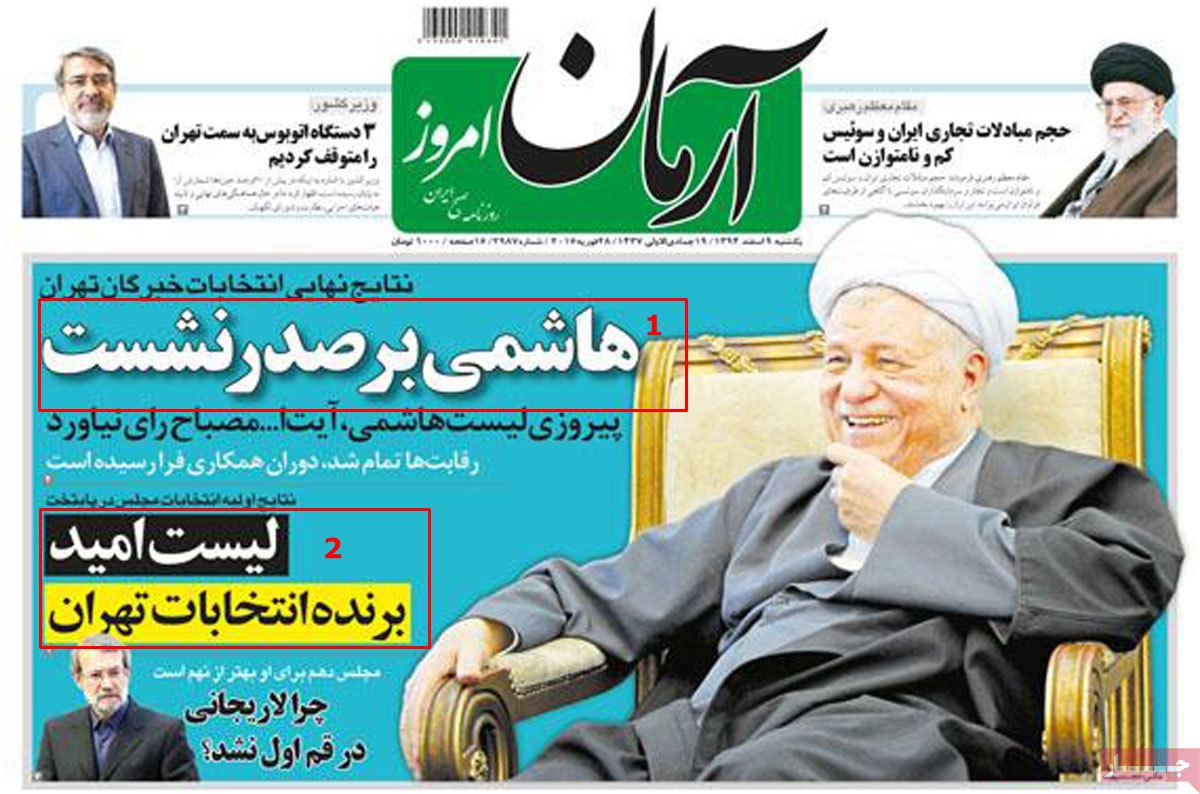 Most of the votes throughout the country were shared among Principlists while Reformists were set for a landslide victory in the capital.

The daily put the list of winning candidates on its front page. 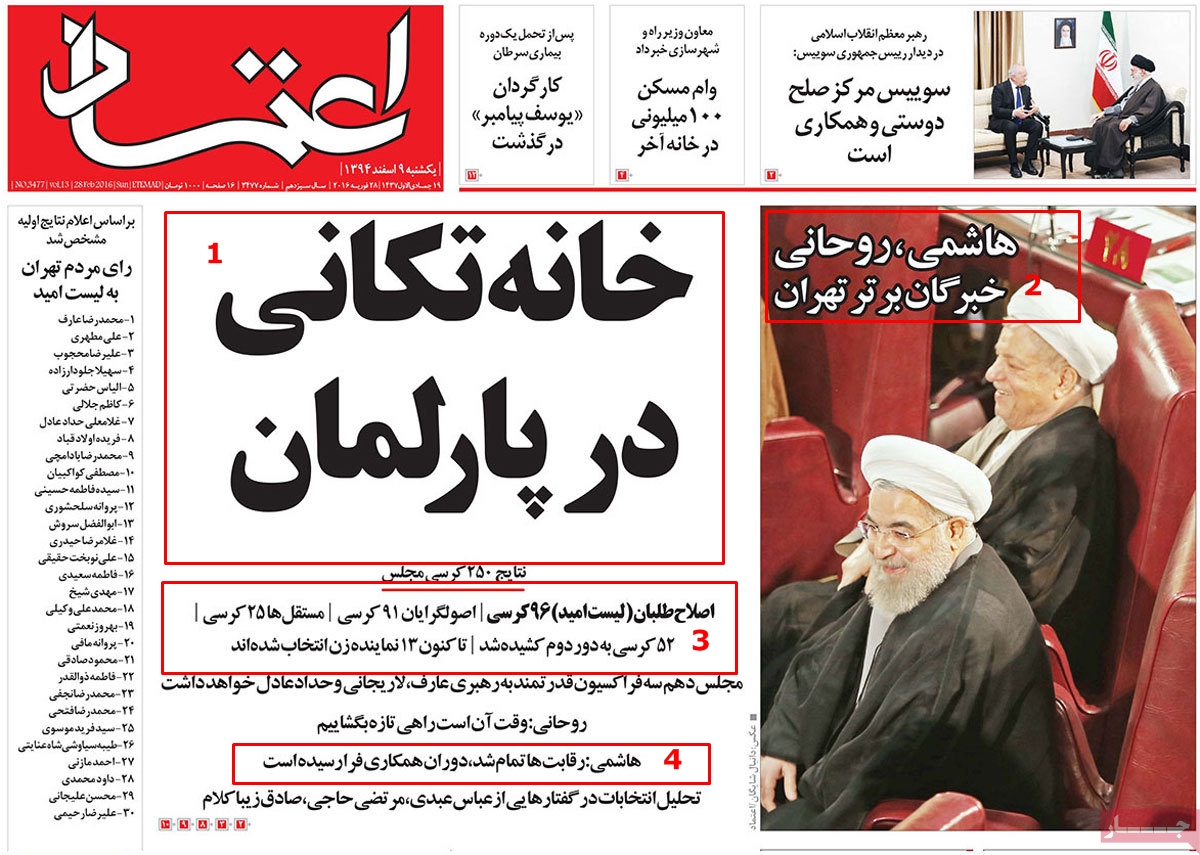 1.  Half of Iranians obese Exodus of capital from industrial sector 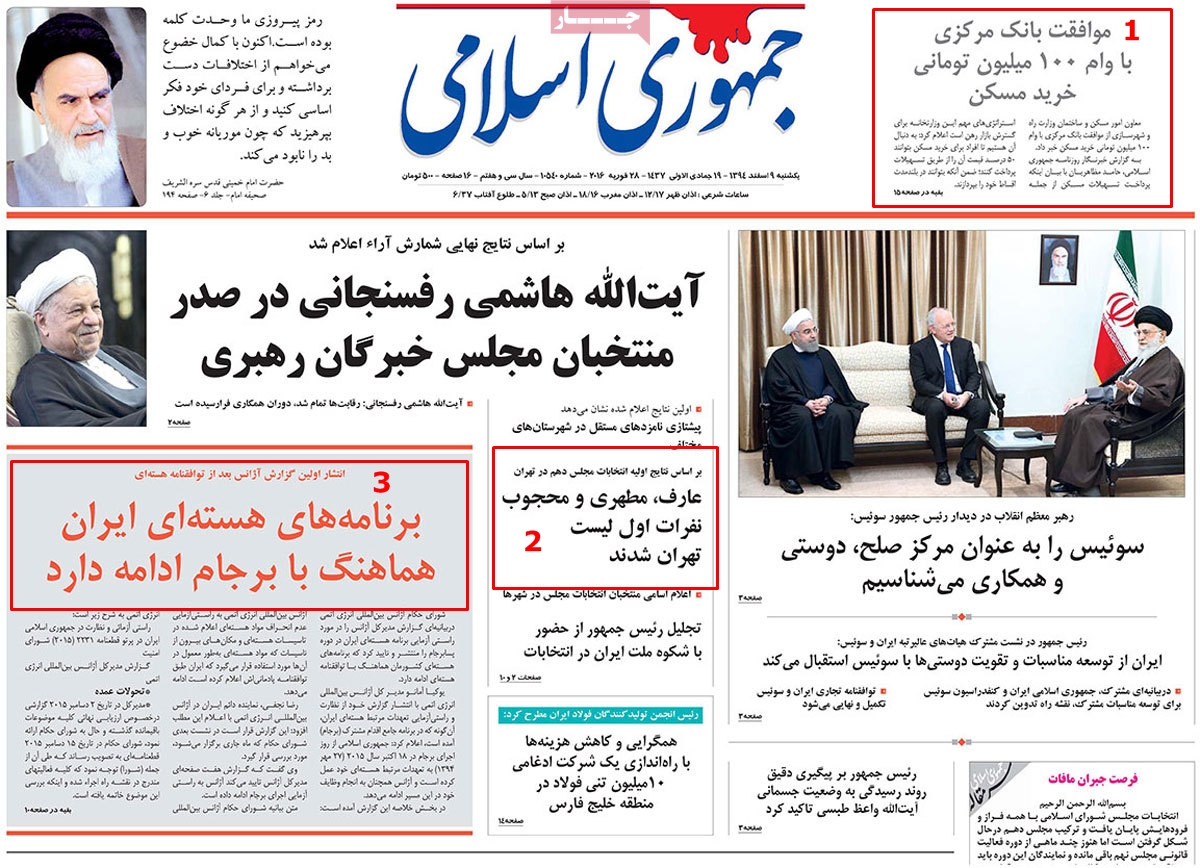 Counting votes is 70% complete and the majority of winners are principalist candidates. 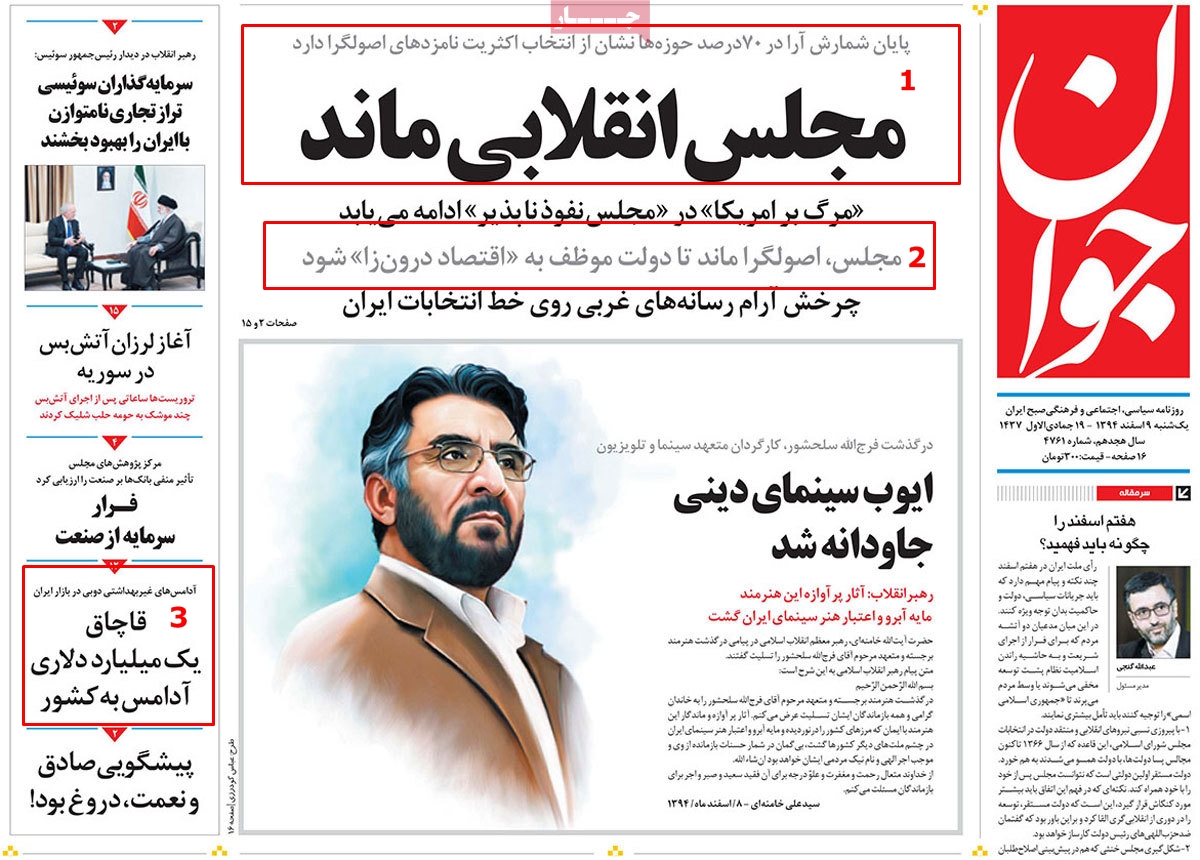 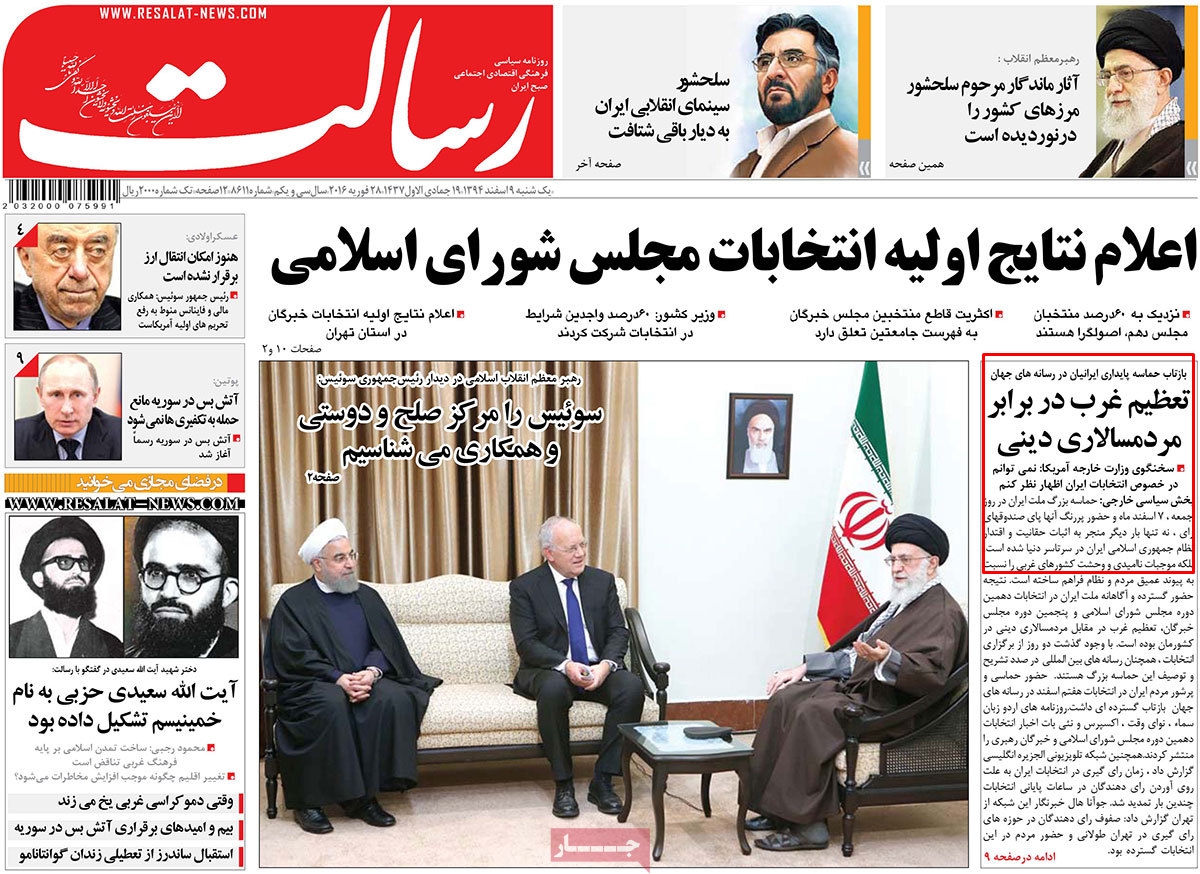 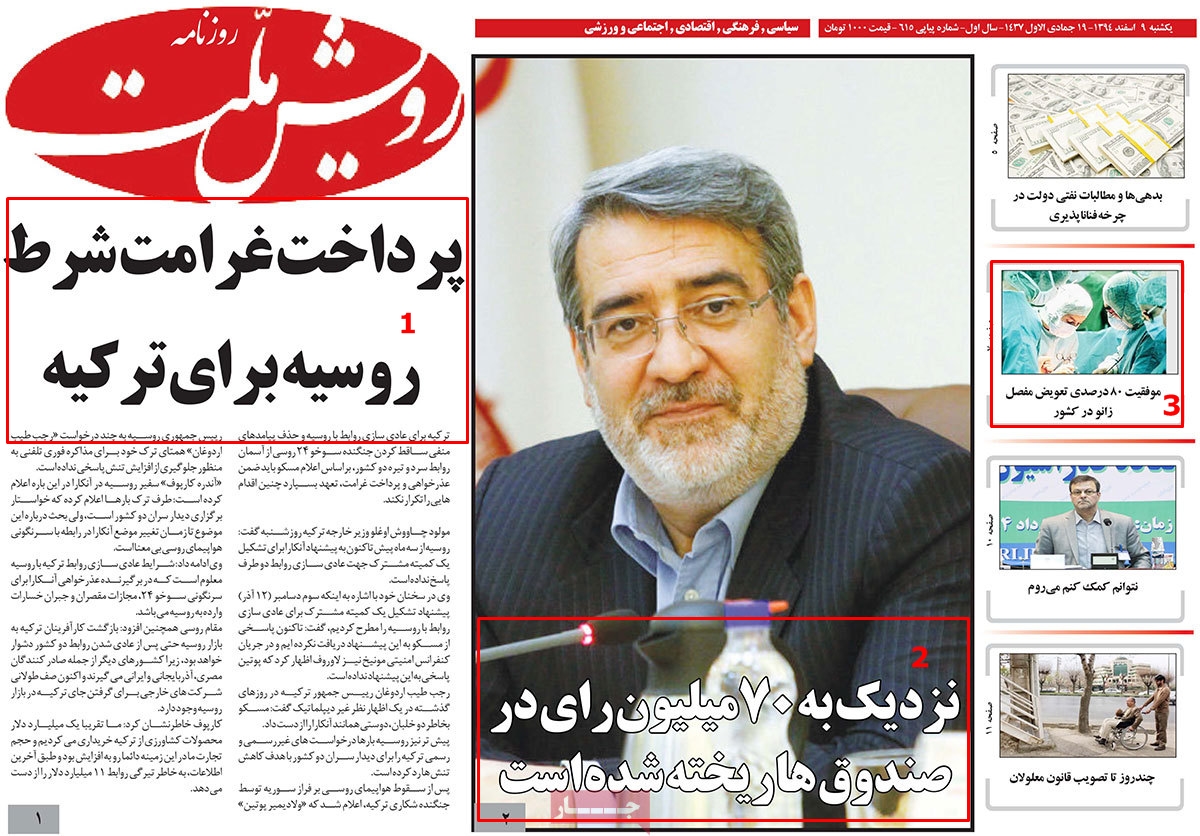