A look at Iranian newspaper front pages on Feb 24

IFP has taken a look at the front pages of Iran newspapers on Wednesday and picked headlines from 16 of them. IFP has simply translated the headlines and does not vouch for their accuracy.

1. Informed people are not gulled by stigmatizations, pretenses

3. Ayatollah underlines respect for all religions 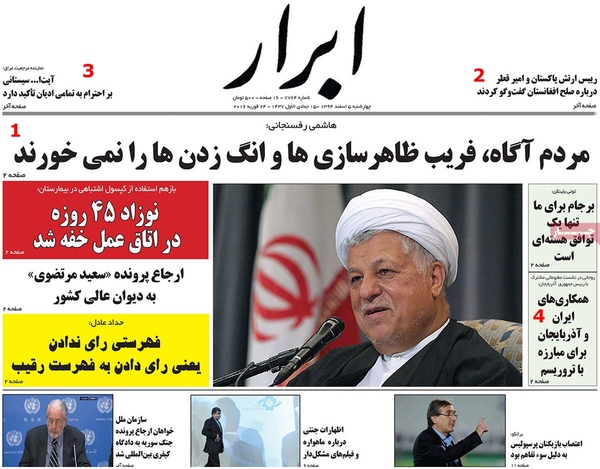 6. $15bn of oil deals waiting to be signed during next Iranian year Hassan Khomeini: We will vote for the best electoral list 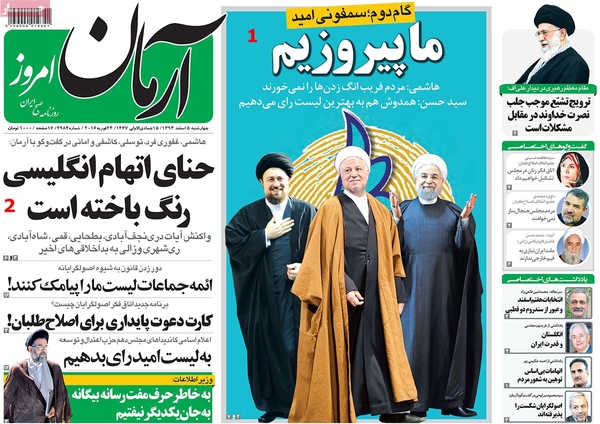 A number of Iranian artists say they will vote for the electoral list offered by reformists in the parliamentary election.

–The daily has continued publishing the electoral coalition list of moderate and reformist candidates for the February 26 parliamentary election. 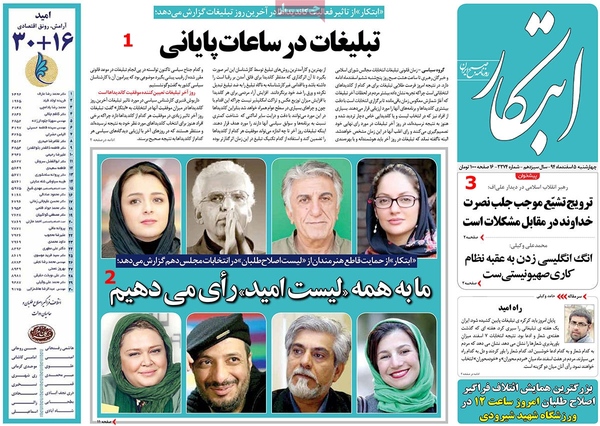 1. Rafsanjani to accusers: Repent for slandering

Some figures turned out to say that the electoral list of reformists is supported by the UK.

3. No one shall stay home on Friday: Aref 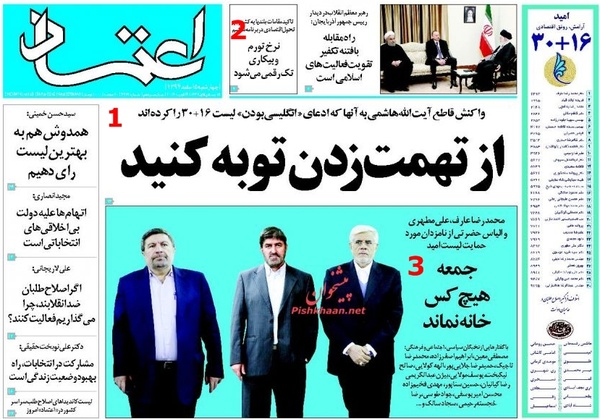 1. Veep urges nation to move wheels of economy by participating in Friday election 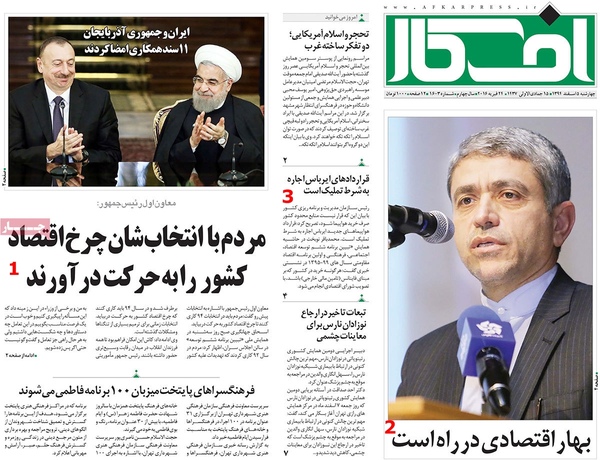 1. US, Russia agree on Syrian truce 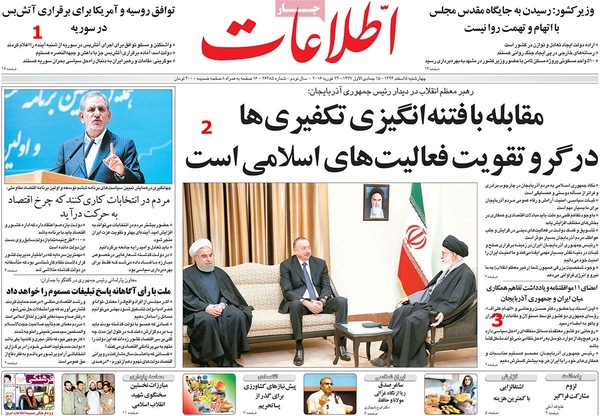 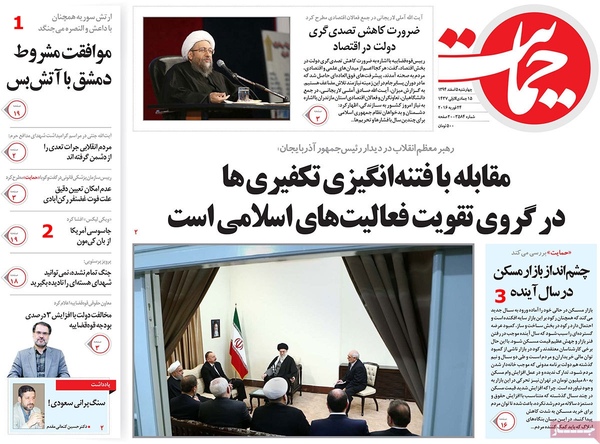 3. The daily has also offered an in-depth report about the views of elites in various fields about the upcoming elections in Iran.

The report is entitled as: The clear voice of elites; Friday is people’s turn 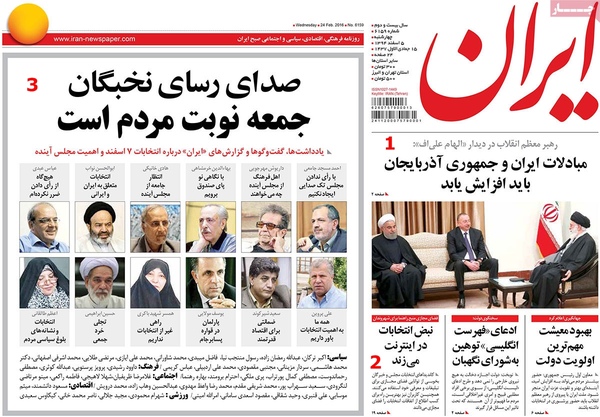 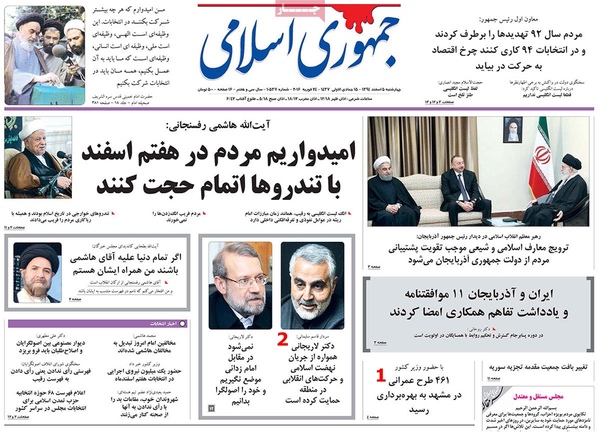 2. Hot campaign of a principalist list with 3 reformist lists 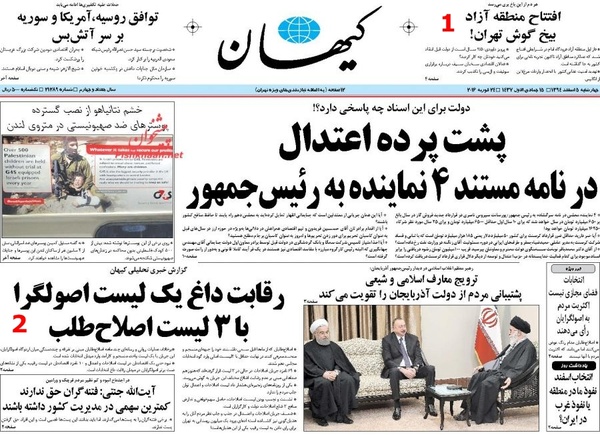 1. Plans of principalist candidates for youths

3. Meeting leader resolved all distresses; Son of a martyr said after visiting the Supreme Leader. 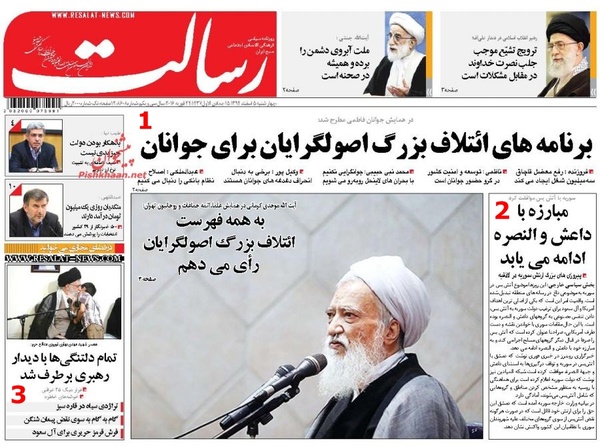 3. How to decorate furniture for the new year eve 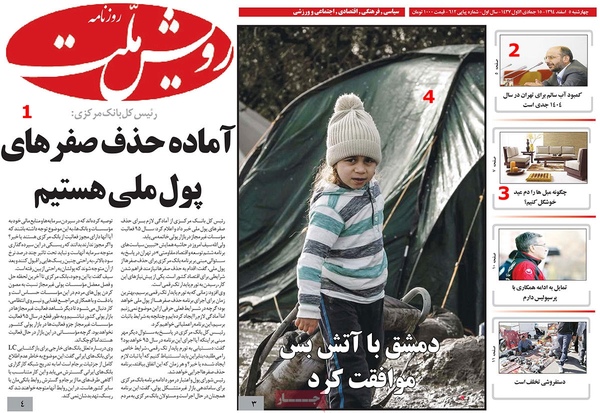 1. Only 48 hours left to Election Day: Wave of Hope rises 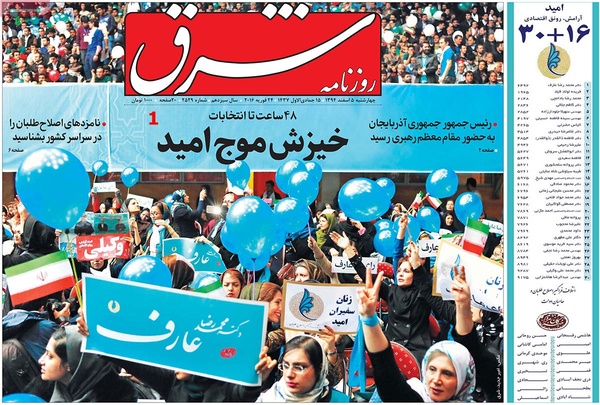 2. Tehran moving towards crisis by next decade 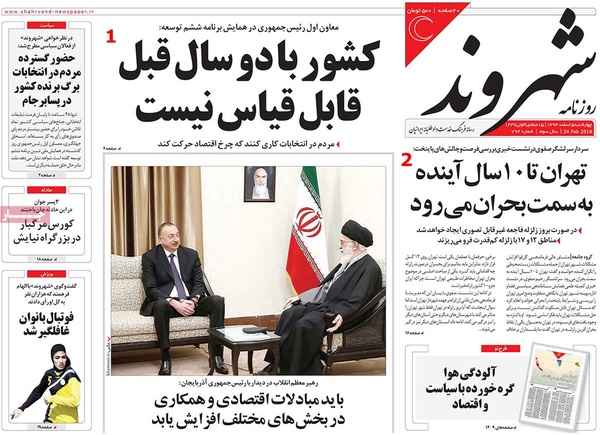 1. Rate of dollar grew only 4.4% during current Iranian year. This has been highlighted in the daily’s top headlined: Dollar brokers stay behind inflation

2. Unprecedented attack by Iranian petroleum minister on some OPEC members 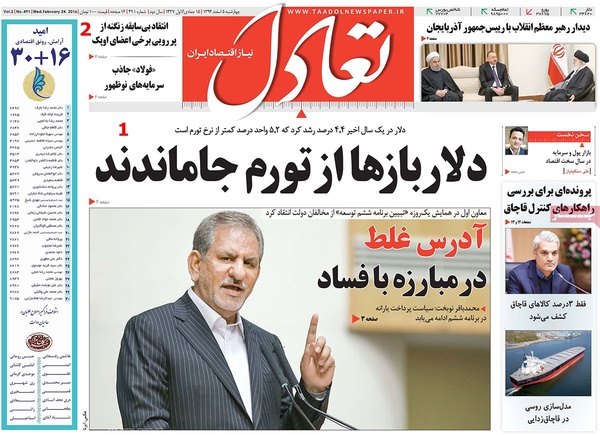