A look at Iranian newspaper front pages on Feb 21

IFP has taken a look at the front pages of Iran newspapers on Sunday and picked headlines from 23 of them. IFP has simply translated the headlines and does not vouch for their accuracy. The cleric called for the highest possible election turnout, with less than a week to Election Day in Iran.

Ali Larijani, referring to anti-administration dissenters, said that they must express their opposition through dialogue. 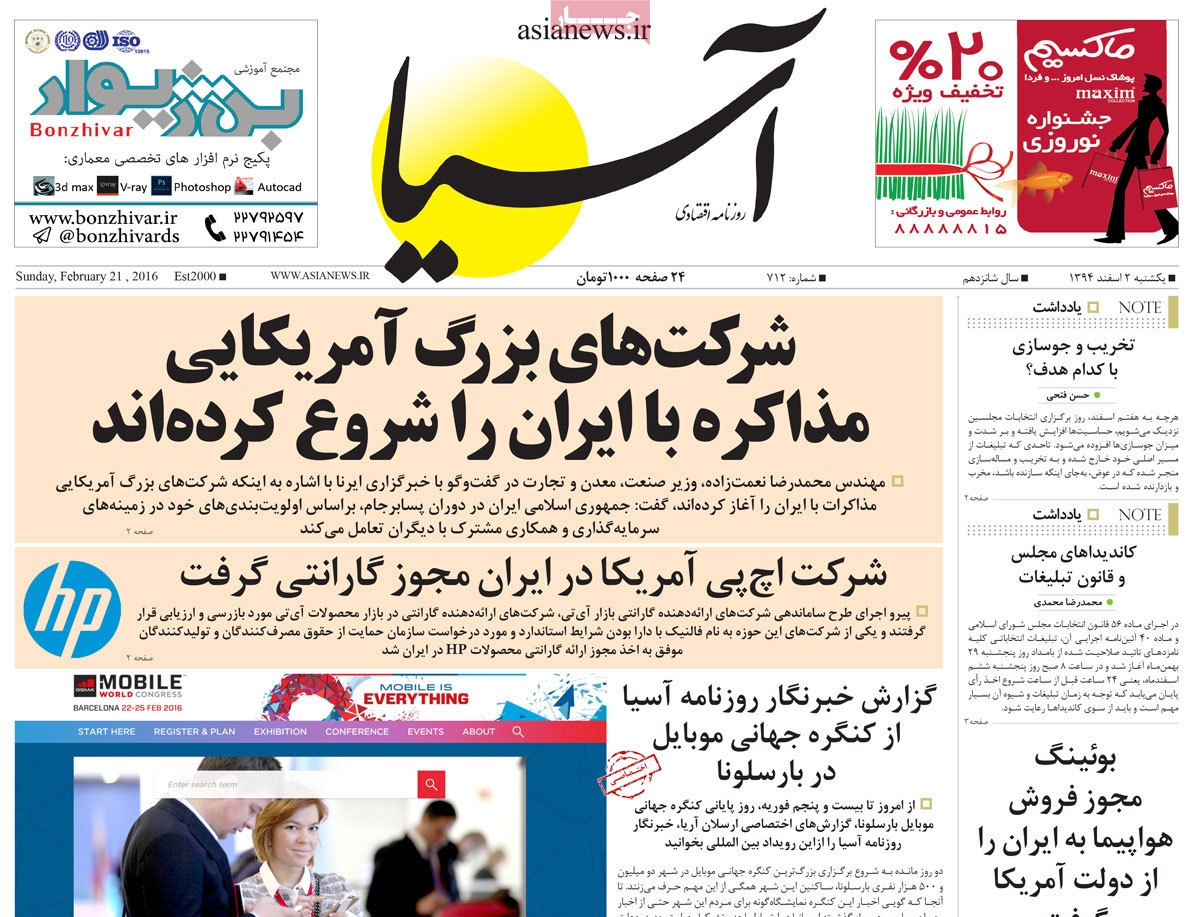