A look at Iranian newspaper front pages on Feb 20

IFP has taken a look at the front pages of Iran newspapers on Saturday and picked headlines from 23 of them. IFP has simply translated the headlines and does not vouch for their accuracy.

It is now only less than a week to Parliament and Assembly of Experts elections in Iran. Candidates from all political parties and factions are jockeying to win the largest number of supporters and papers do play a special role in this regard. On Saturday, February 20, 2016, most of the top headlines were devoted to election campaigns.

2. A candidate in all election lists!

3. Obama signs off fresh US sanctions on N. Korea 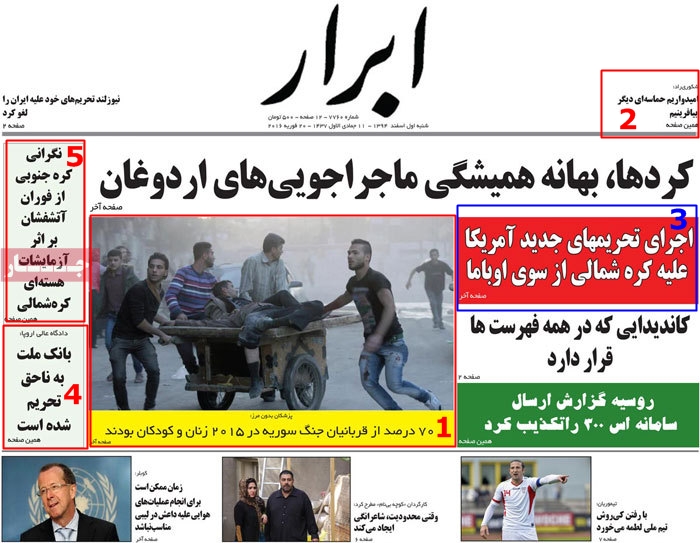 1. Chinese FM: Iran Nuclear deal could be used as a model to solve N. Korea issue

3. New round of sanctions relief 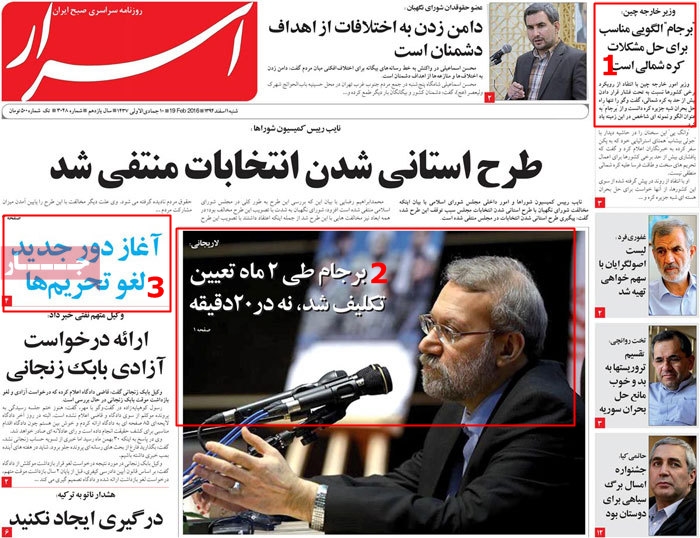 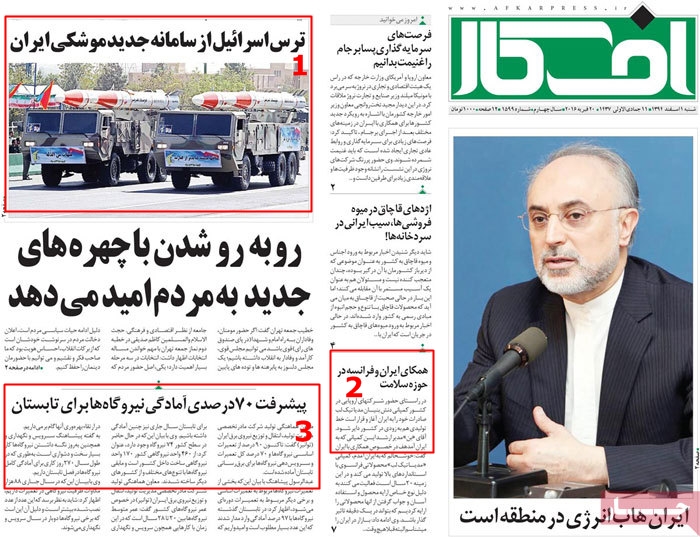 1. 70 reformists against 3,000 principalists in parliament election 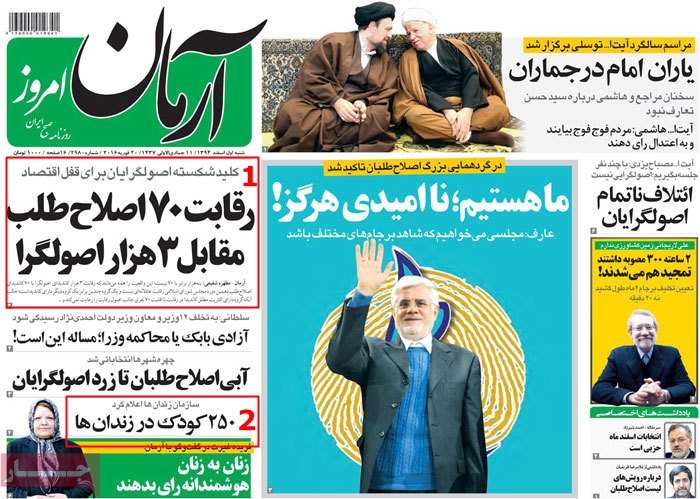 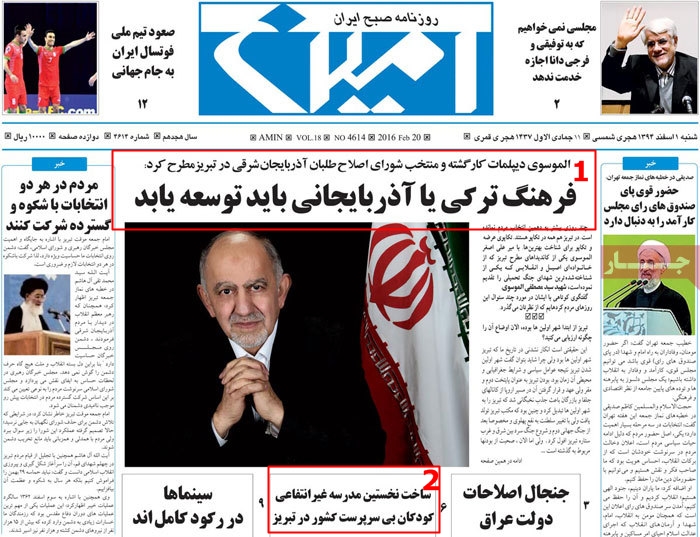 1. Rafsanjani calls on nation to vote for full lists 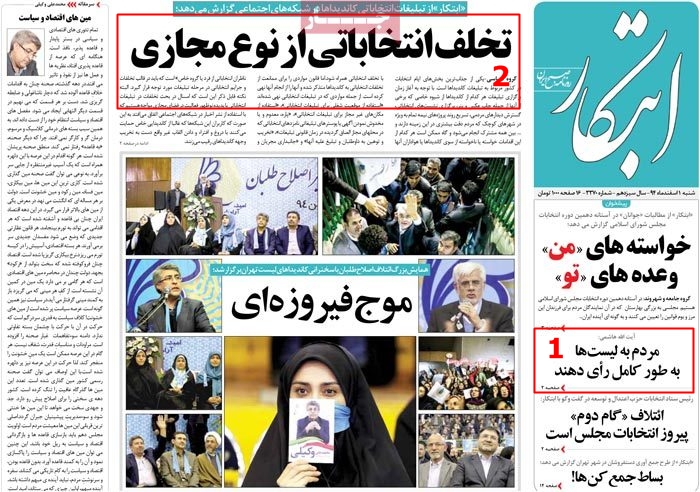 1. Economy of Resistance will be the basis of development in Iran

4. Unscrupulous fraud by institute for supporting kids suffering from cancer 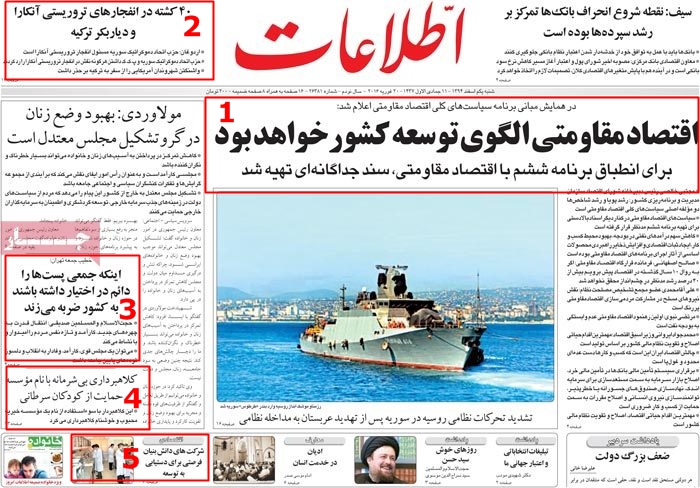 The defendant of Babak Zanjani, corporate mogul charged with fraud, has said big news is underway

about his client’s case. 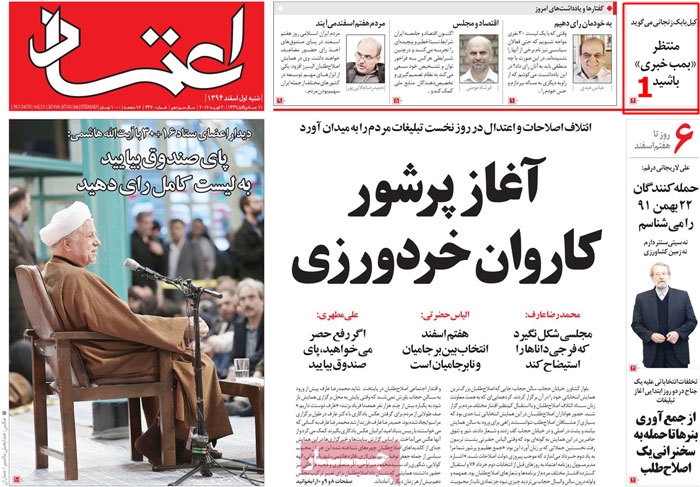 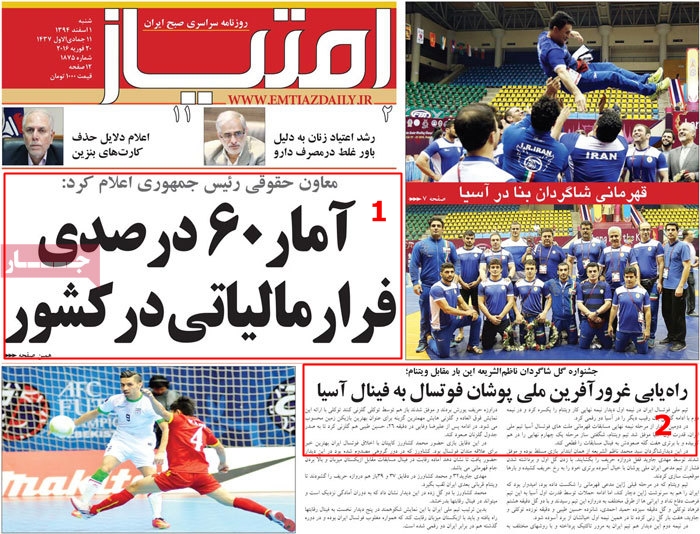 1. Culture Minister: Running country in 1394 was like a miracle 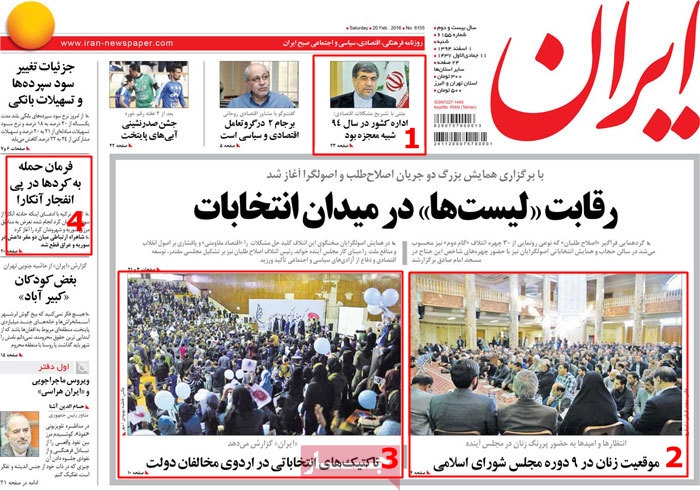 A detailed report about the country’s economic growth 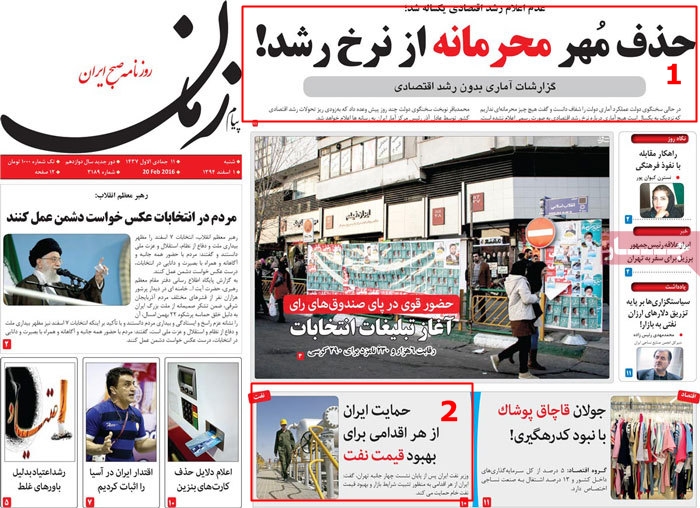 As days pass, the Election Day comes closer adding to the hustle and bustle of campaigns by

candidates vying to win a seat at the Iranian parliament.

2. Iran to stick to boosting-crude-output policy to revive pre-sanctions exports 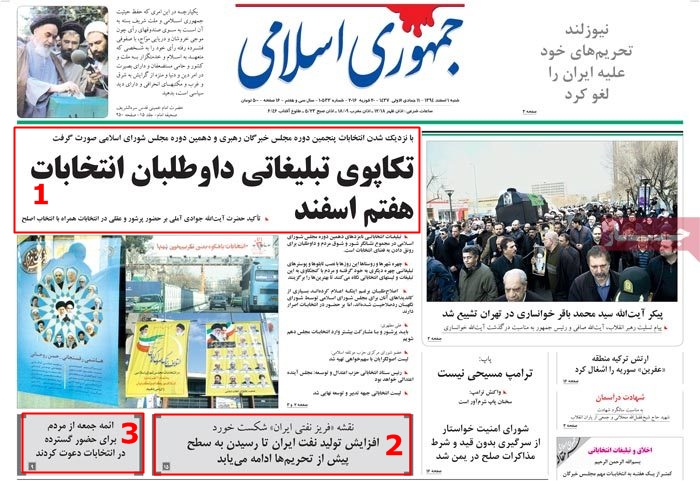 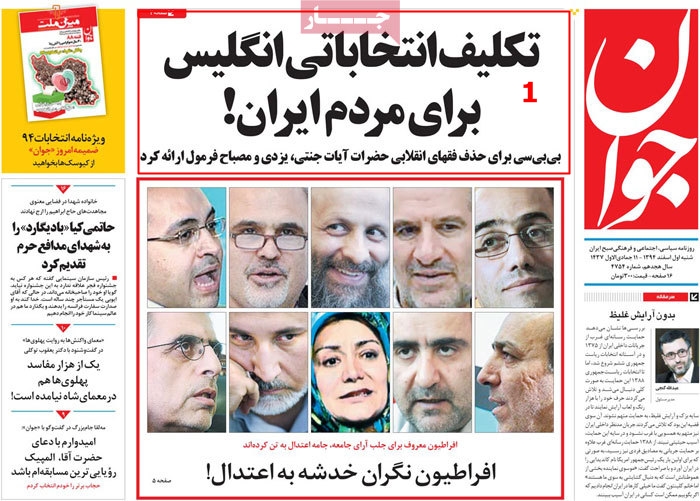 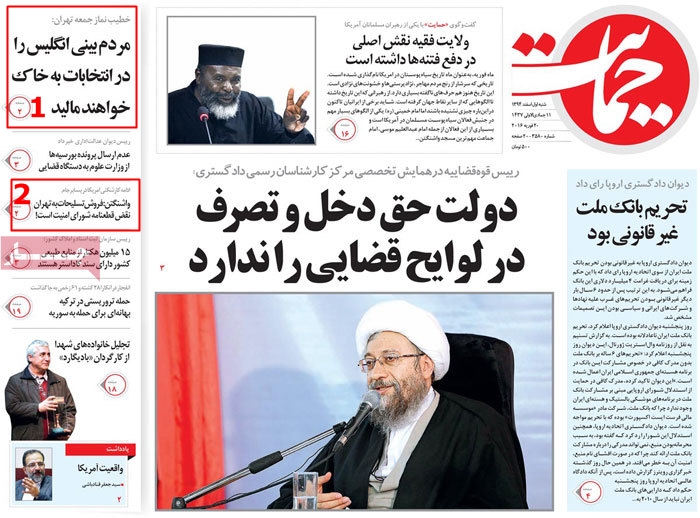 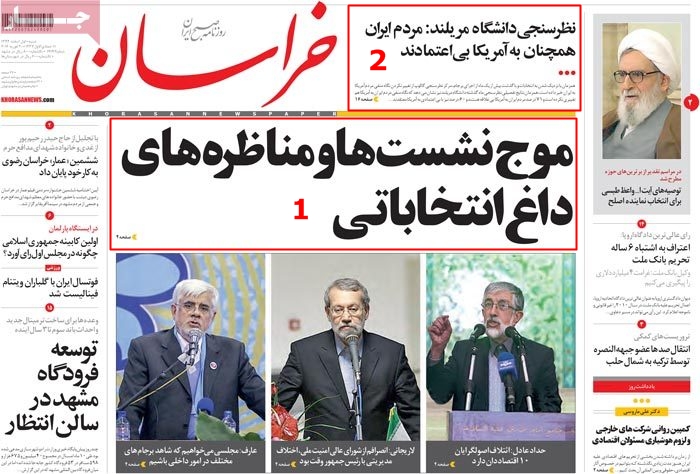 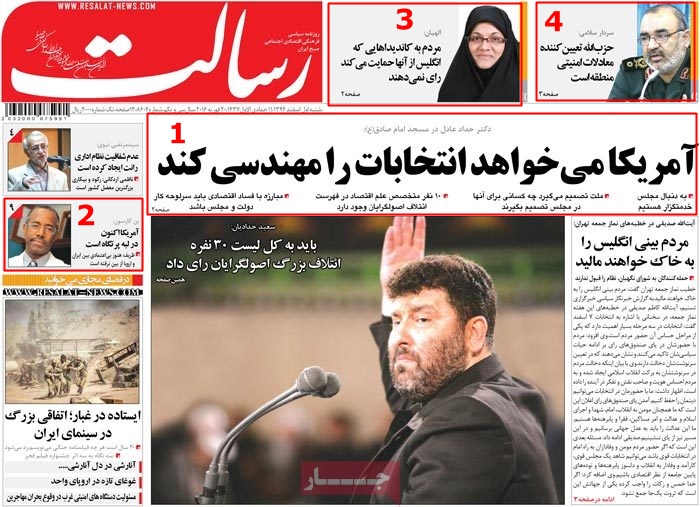 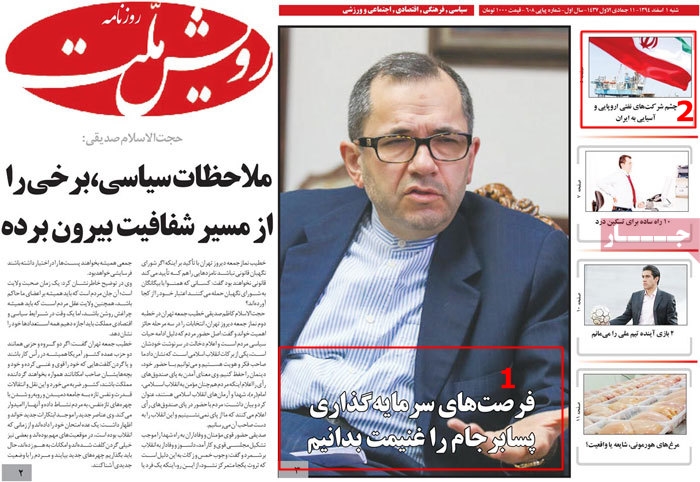 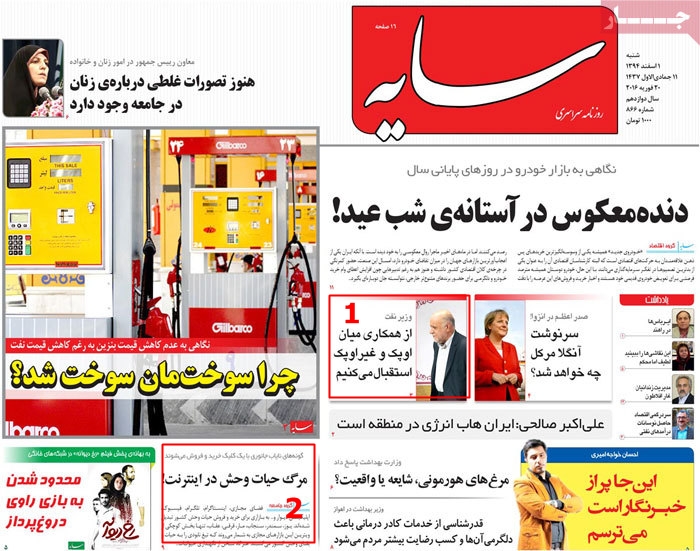 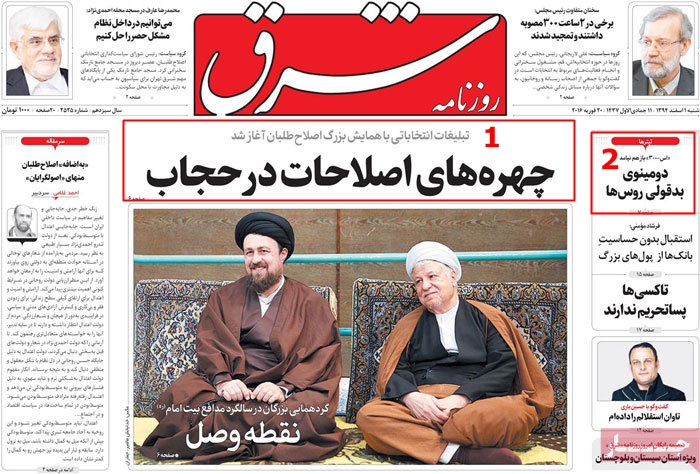 An amusement park in the western city of Hamedan is now free to cancer kids and their families. 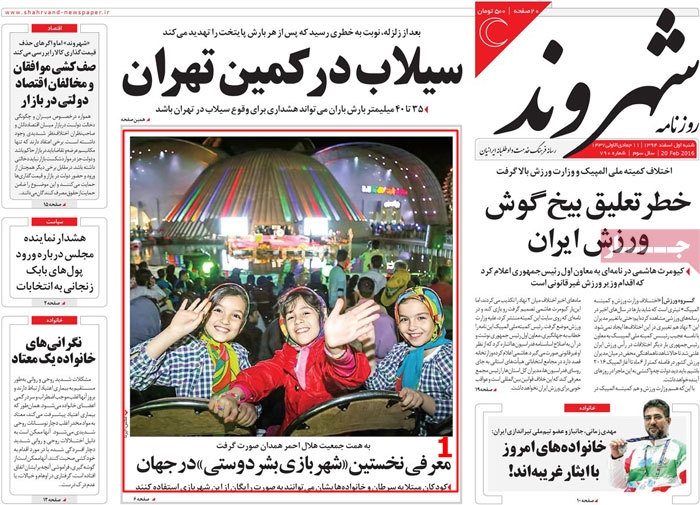 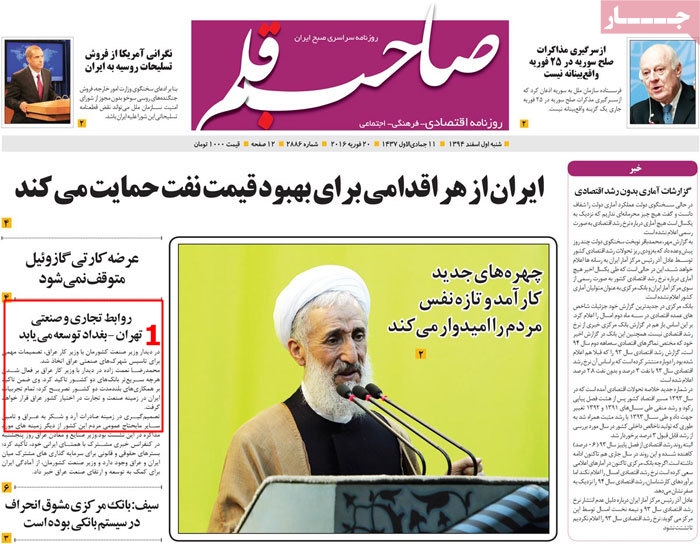 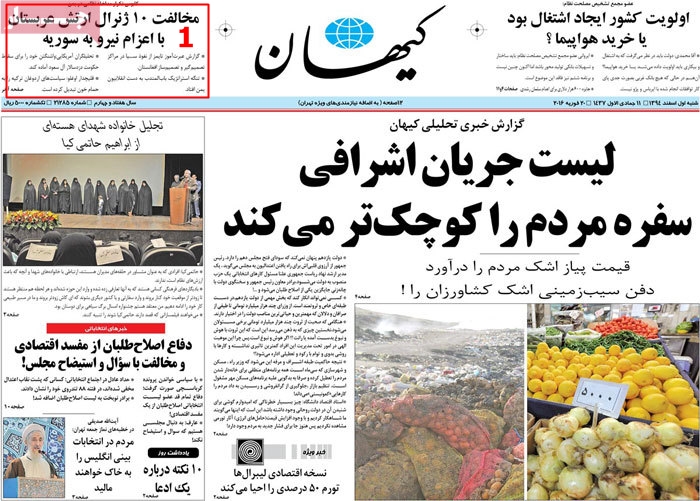 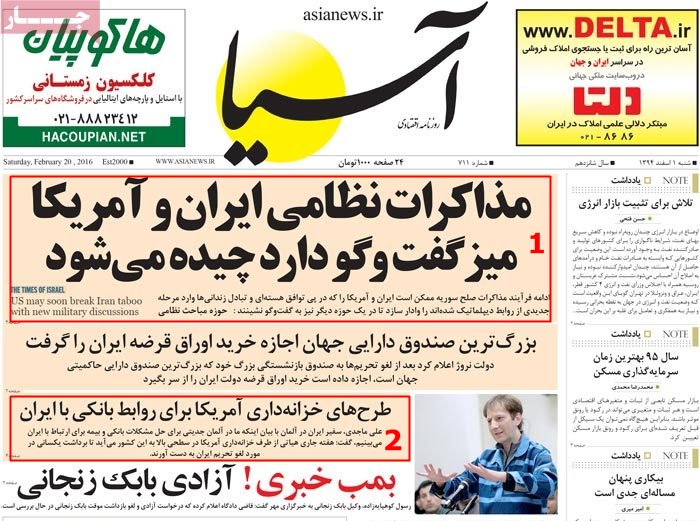