A look at Iranian newspaper front pages on Feb 16

IFP has taken a look at the front pages of Iran newspapers on Tuesday and picked headlines from 17 of them. IFP has simply translated the headlines and does not vouch for their accuracy. 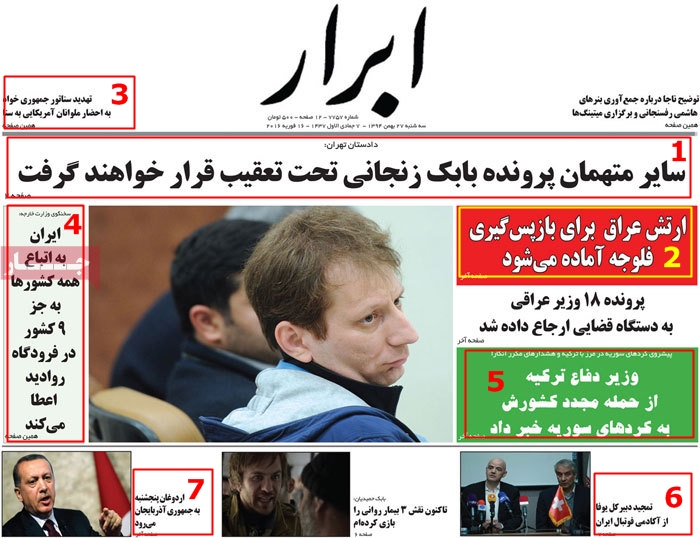 An analysis of Seyyed Hassan Khomeini’s disqualification from contending the upcoming Assembly of Experts elections. Hassan is the grandson of Imam Khomeini, the leader of Iran’s 1979 Islamic Revolution.

Babak Zanjani is a multibillionaire who stands accused of corruption and is being tried. Investigations are underway into a number of Ahmadinejad-era ministers linked with the Zanjani charges. 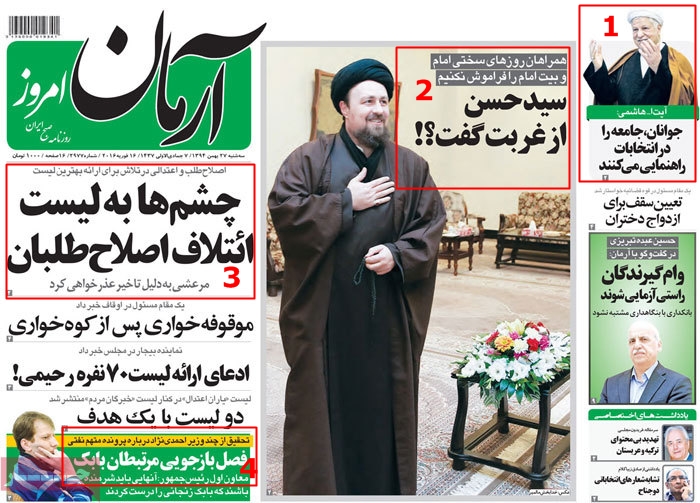 The Central Bank of Iran has been connected to the international digital money transfer system (SWIFT).

President Rouhani said in a televised interview that awareness must be raised among the general public about the need for the Assembly of Experts.

Iran now welcomes tourists from 180 countries without the need for a visa. This piece reports on how Iran has eased tourist regulations, now that the international sanctions have been lifted in the wake of the nuclear agreement. 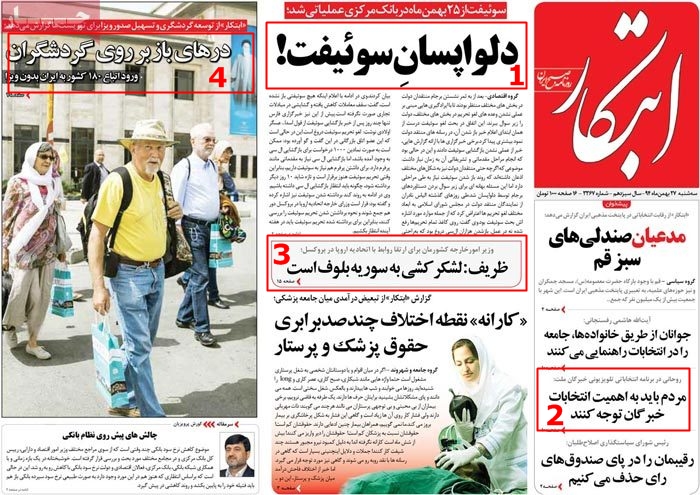 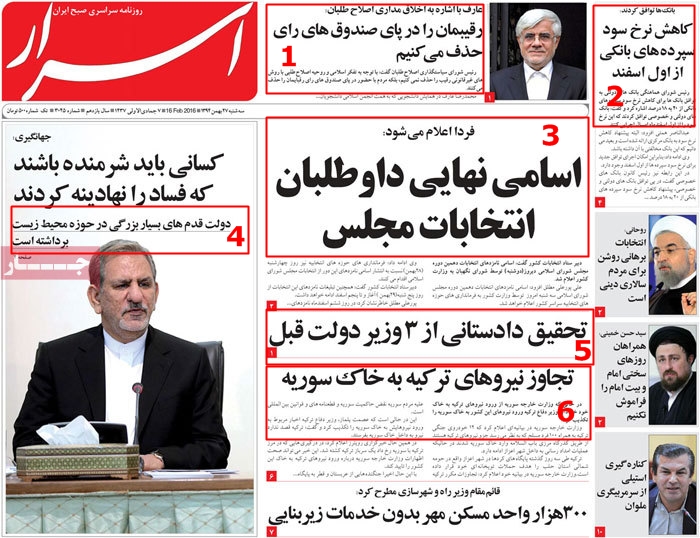 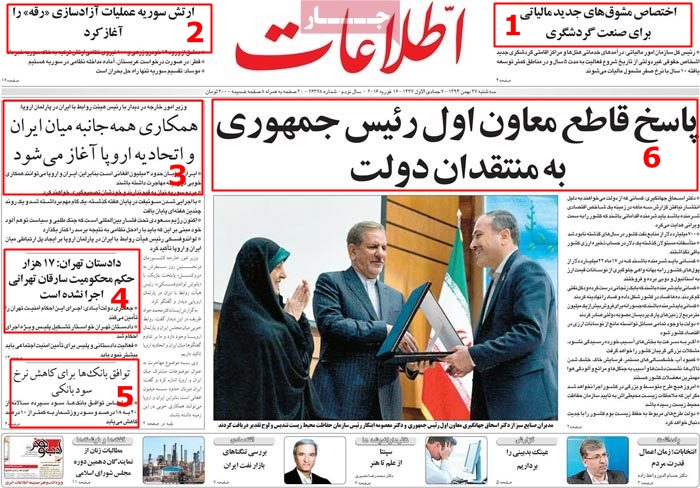 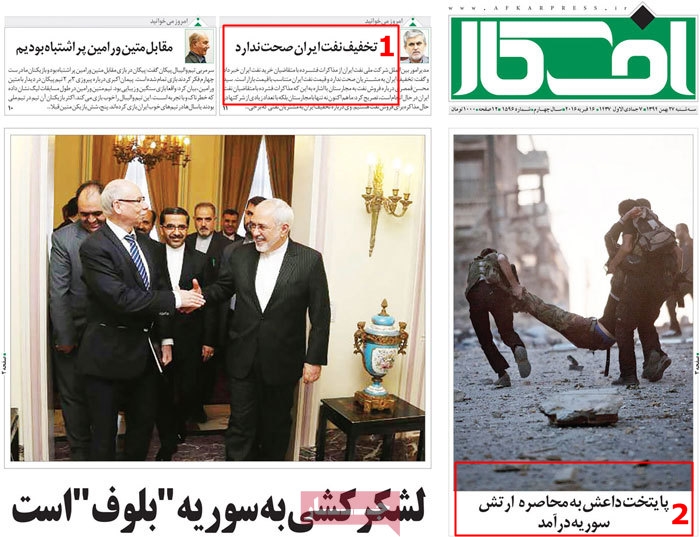 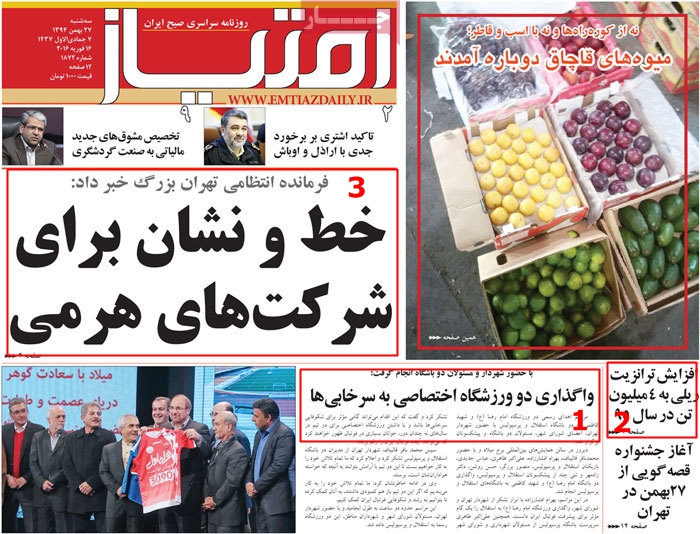 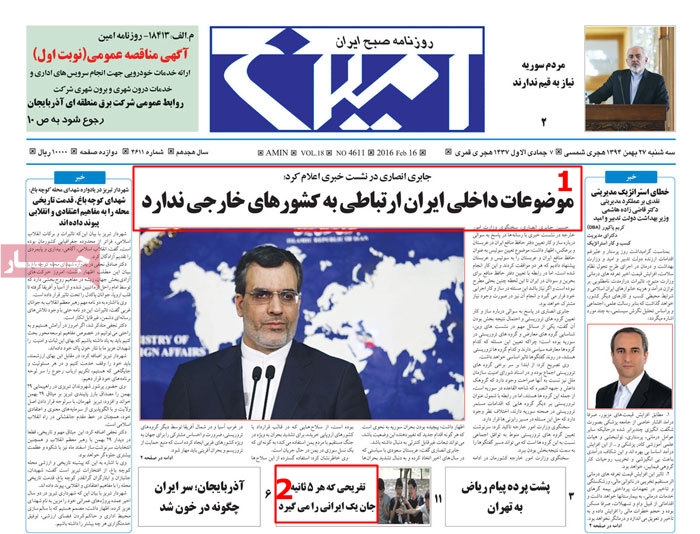 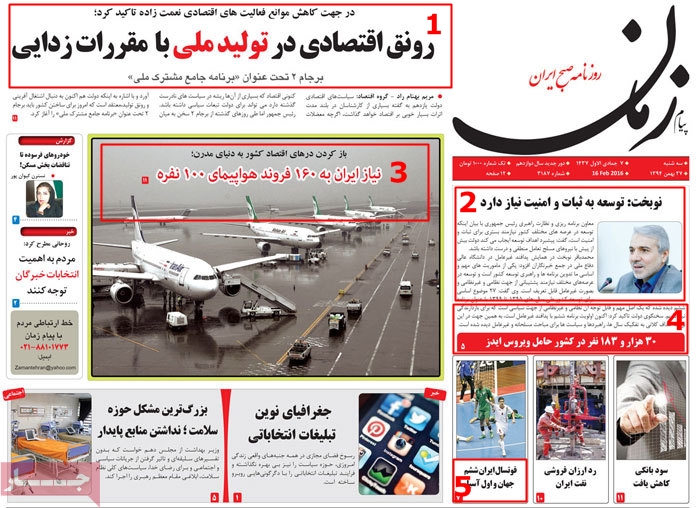 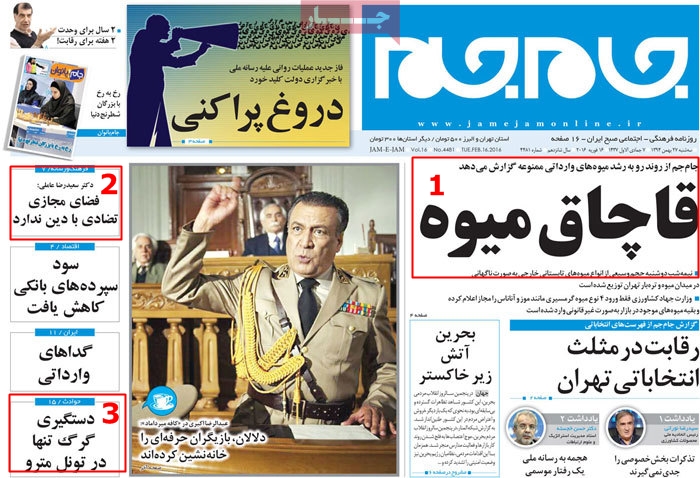 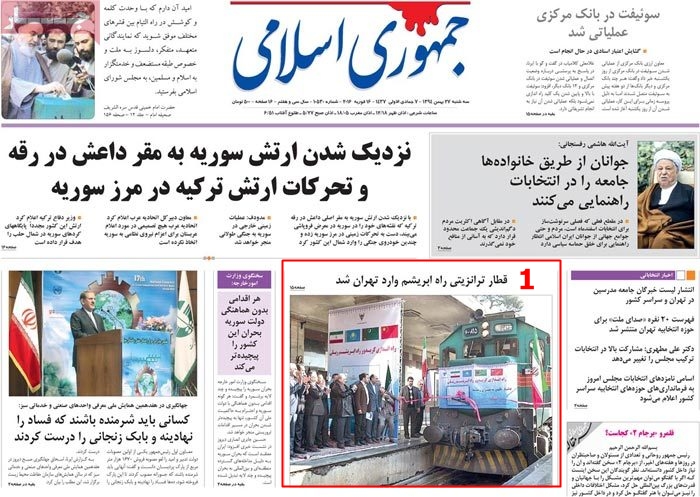 A report about who is really behind the lists of parliamentary candidates for the upcoming elections. 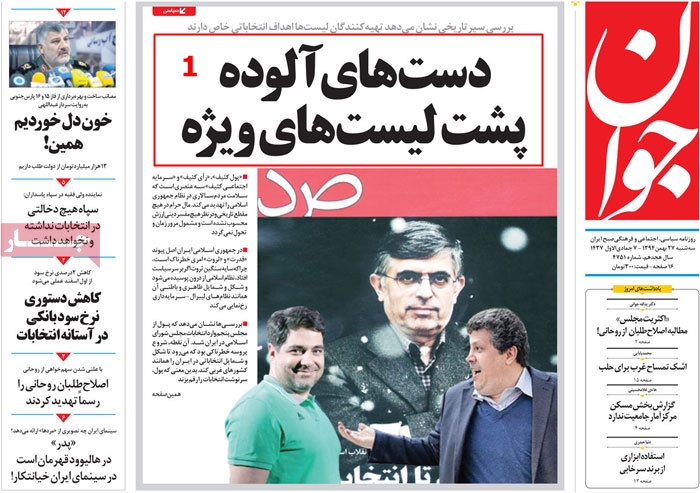 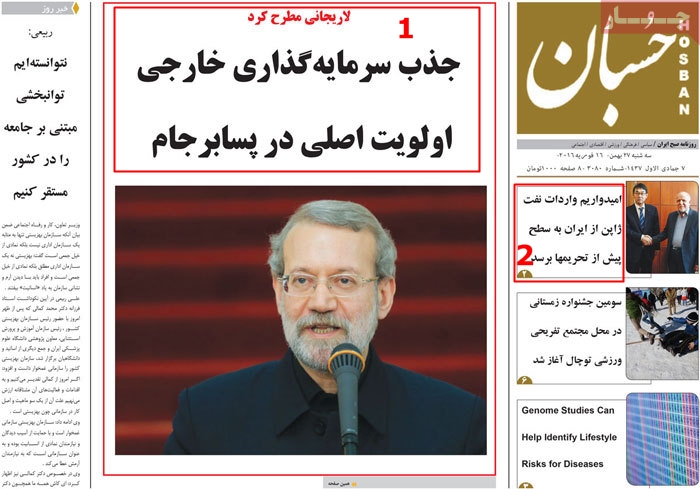 A huge cargo of US arms en route to Syrian rebels has been discovered. 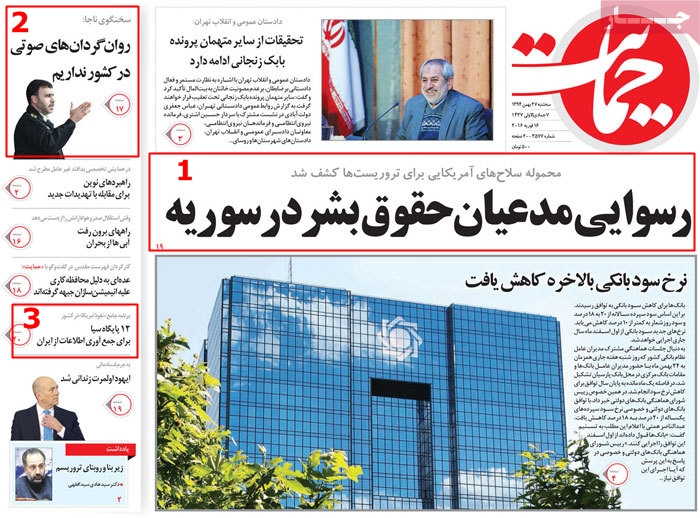 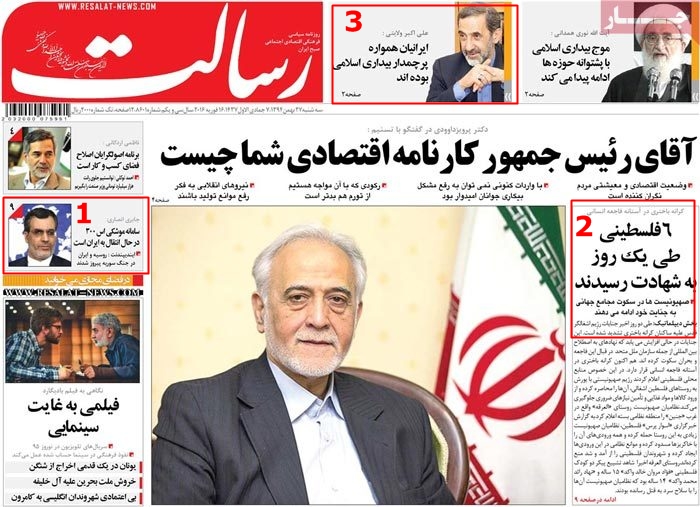 Mayors of the two cities signed an agreement for all-out co-operation. 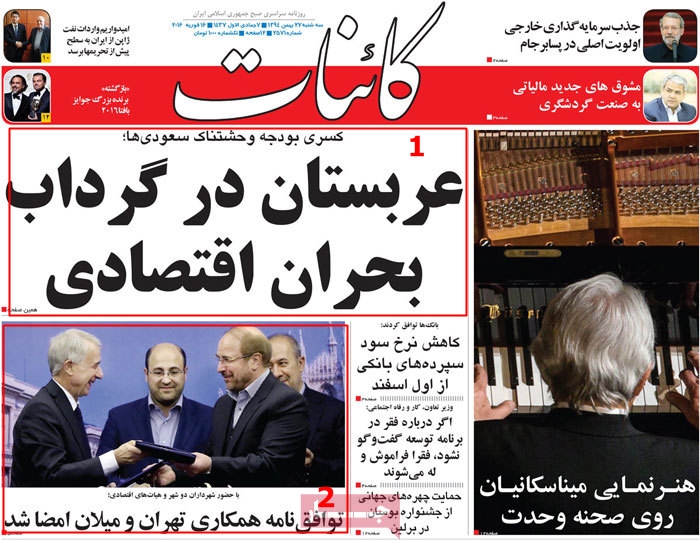 The government has allowed unlimited imports of agricultural products to the country. 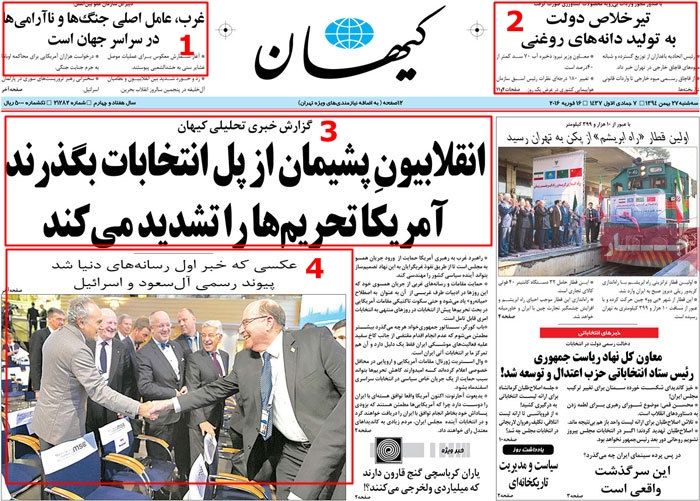