A look at Iranian newspaper front pages on Feb 15

The top stories Iranian papers covered on Monday, February 15, 2016 included: the Supreme Leader’s meeting with the Ghanaian president in Tehran; Iran’s readiness to send the African country oil and petroleum products; the judiciary’s latest updates about a big corruption scandal in the Ahmadinejad administration; and the latest Syrian developments.

5- Iran needs to be crowned by art of calligraphy

6- Kerry: We still have many differences with Iran over various issues

7- Hadi Khamenei : We will win in elections

Hojatoleslam Hadi Khamenei is an influential Iranian reformist politician, mojtahed and linguist. He is a key member of the reformist Association of Combatant Clerics, and a former deputy of the Majlis of Iran representing a district in Tehran. Hadi is the Leader’s brother. 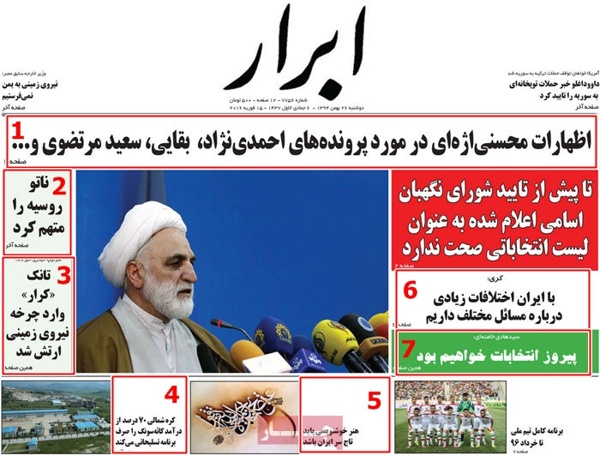 1- Iran to ship oil to Africa 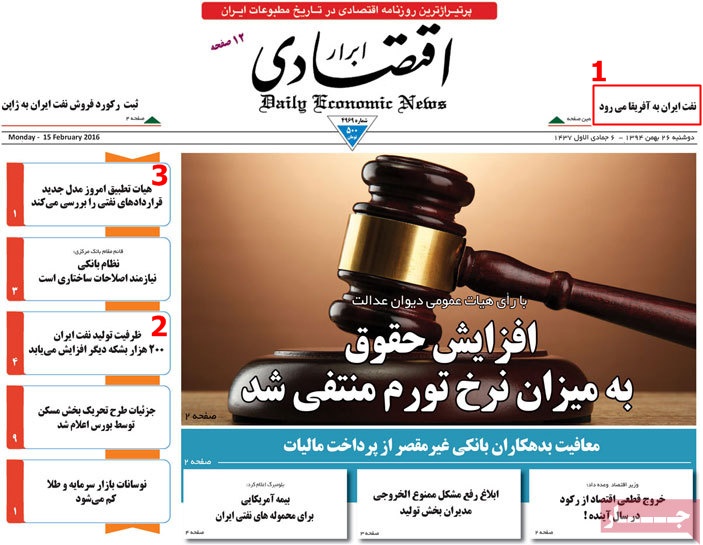 6- Syria can count on full Iran help in air defense 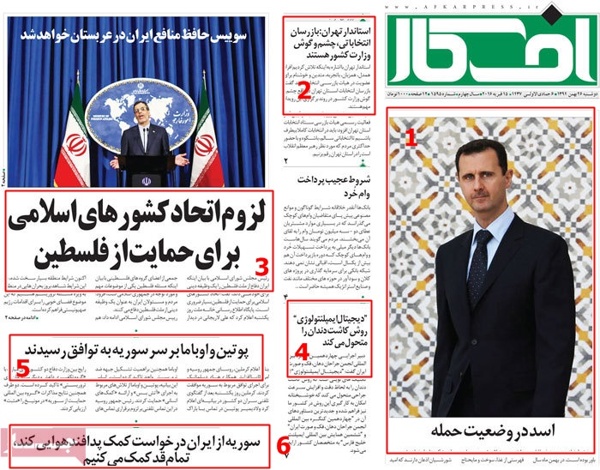 3- Article: How Iran wooed Russia to step in Syria 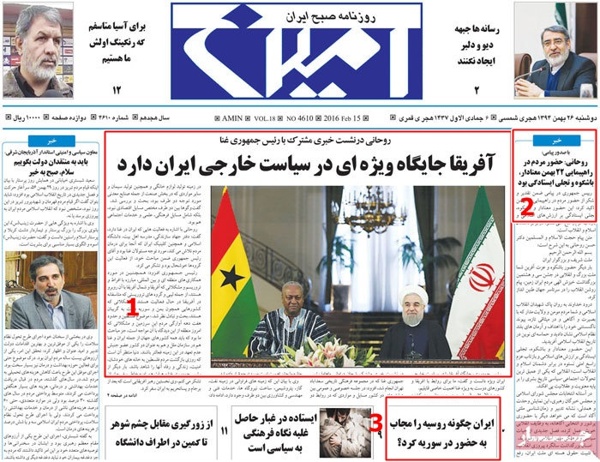 1- Leader to Ghana President: Syrian nation to decide their own future 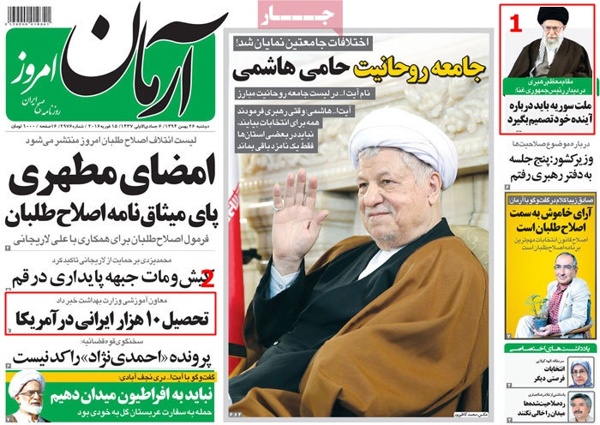 1- US to ensure Iran oil shipments 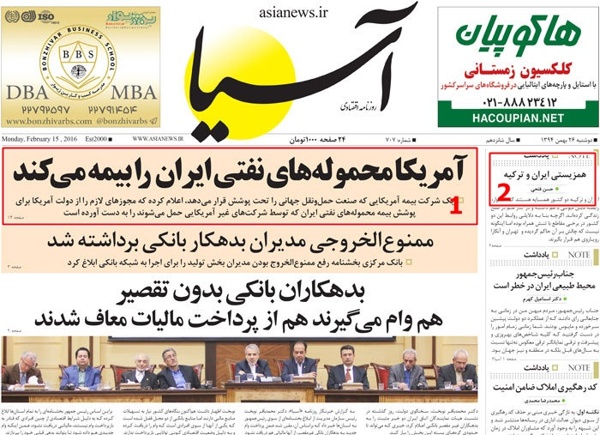 2- Leader: Syrian nation should decide their future, not US nor Europe

5- Smoking kills on Iranian every 5 seconds 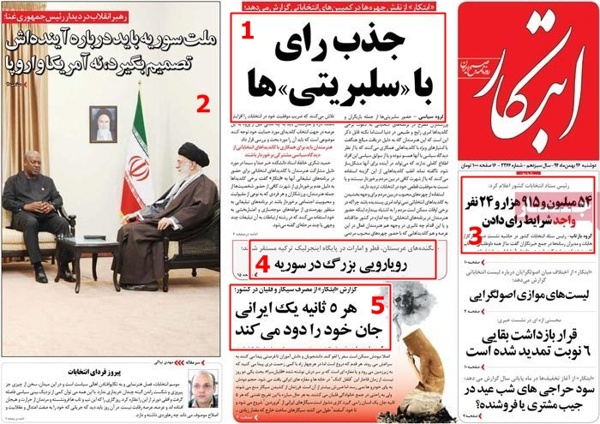 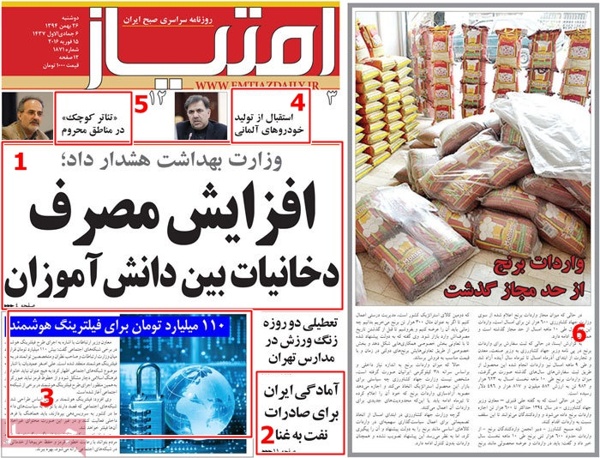 1- Rafsanjani predicts 2013 epic will be repeated 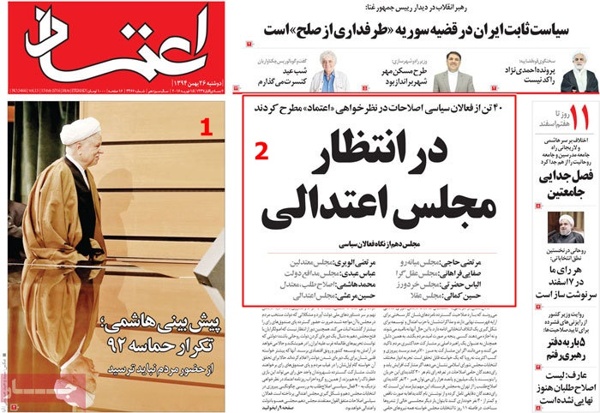 2- Leader to Ghanaian President: Supporting peace is our fixed policy regarding Syria

3- Rouhani: All problems must be solved through political solutions

The number of burning injuries in Iran is 15 times more than the world average. 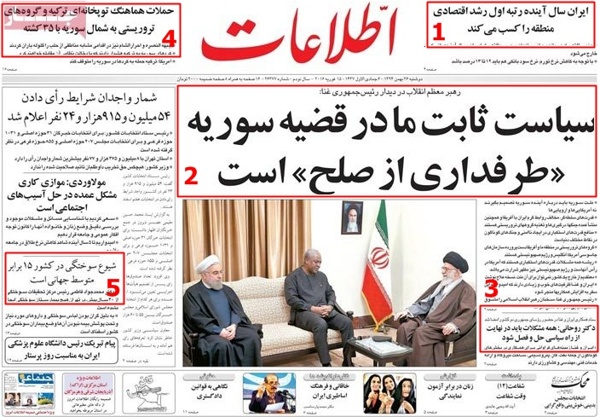 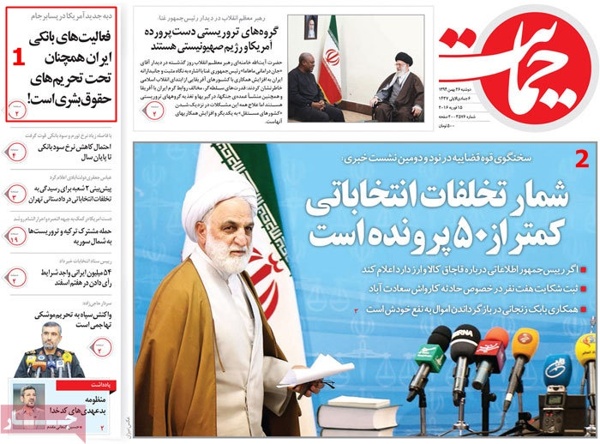 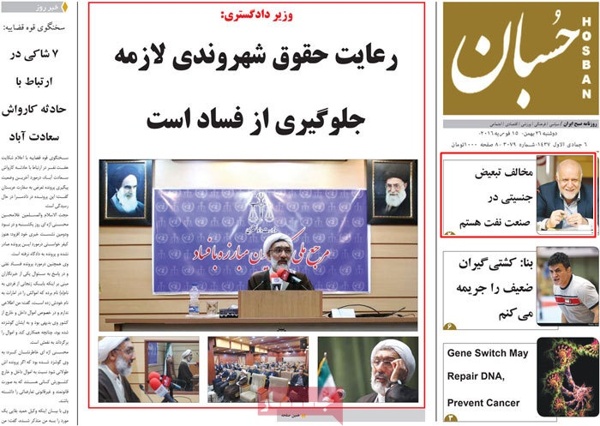 1- No recession in Iran economy next year: Minister 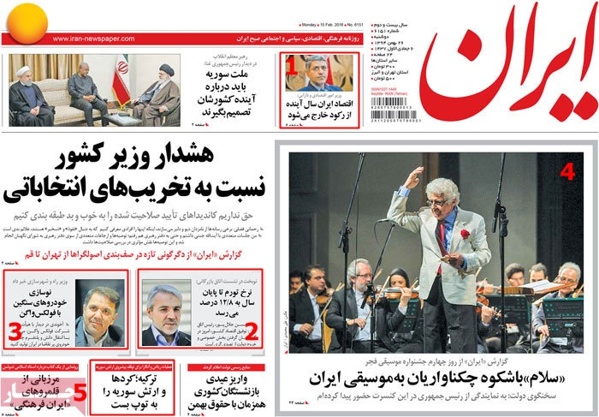 1- Banks still under sanctions; delays in P5+1’s most urgent promise

3- Sanctions’ removal not operational yet 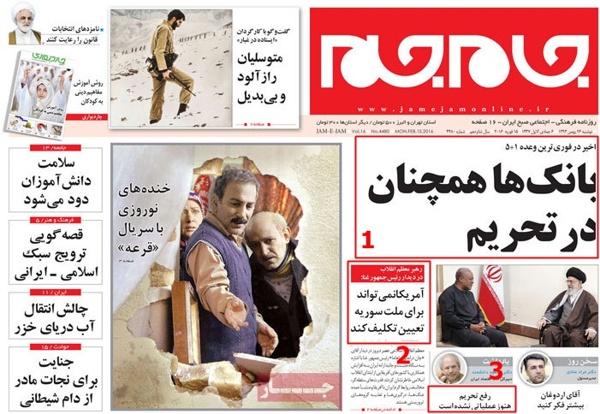 3- Cleanness of economic records will put admin to shame 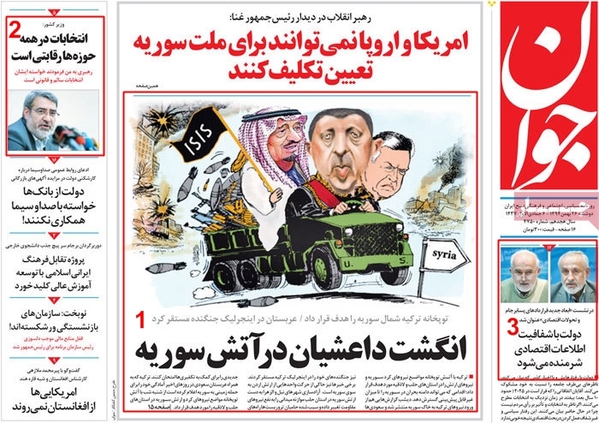 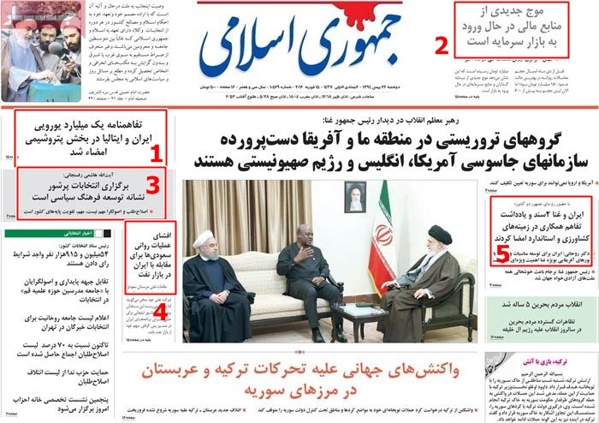 3- US elections: a little popular, a lot financial—experts say 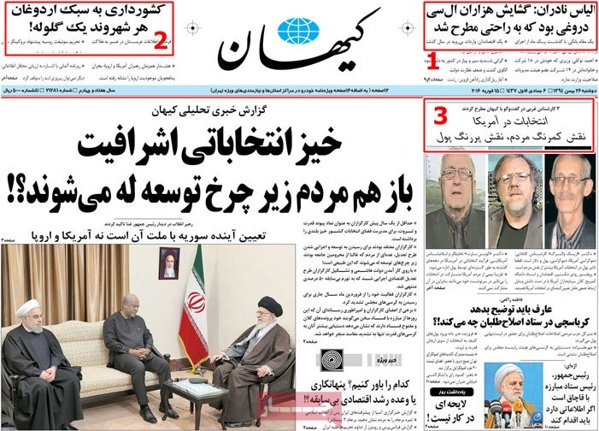 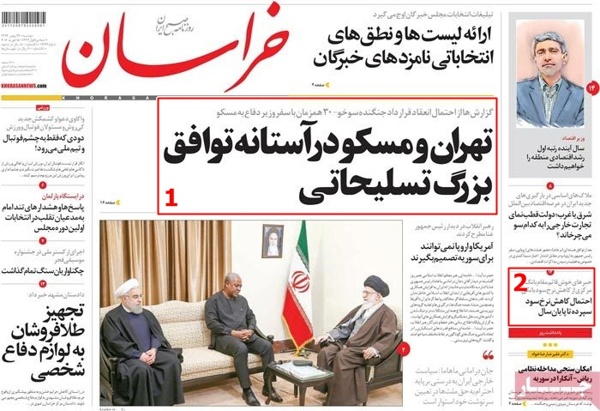 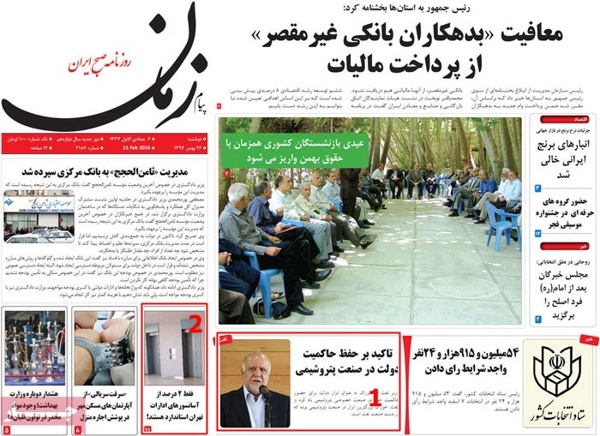 2- Rouhani: World expects return of Palestinians to their homes 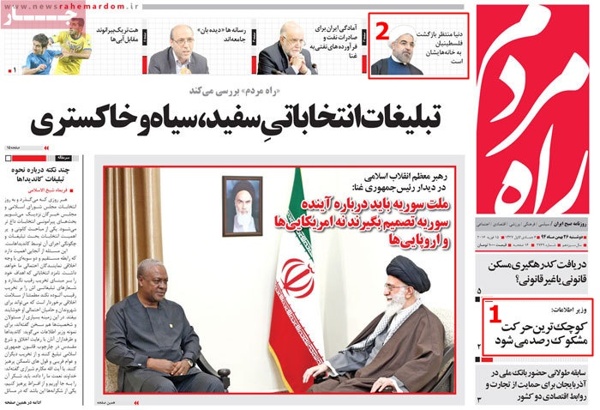 3- Russia to Riyadh, Ankara: Assad only legitimate power in Syria 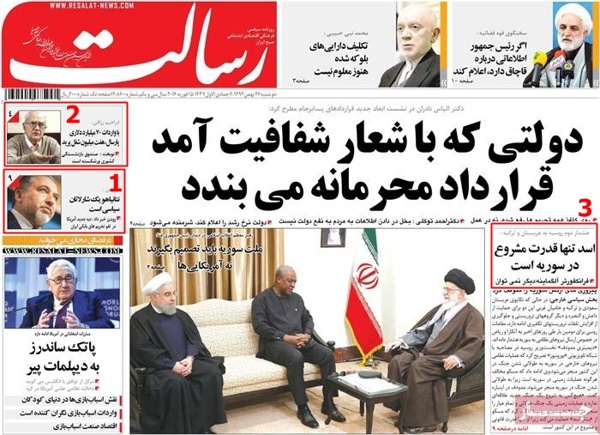 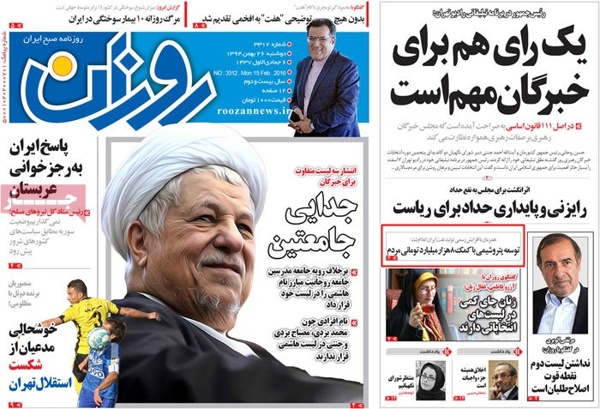 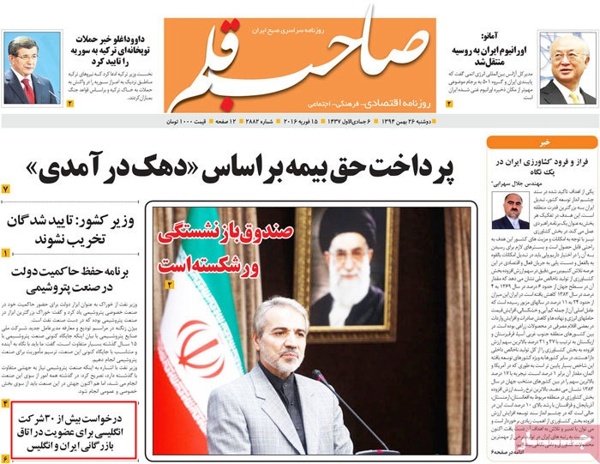