A look at Iranian newspaper front pages on Feb 13

1. Global accord to end Syrian clashes

3. MP calls for separating political detainees from other criminals in prisons

4. Millions of Iranians show up for Bahman 22 rally to mark anniversary of Revolution 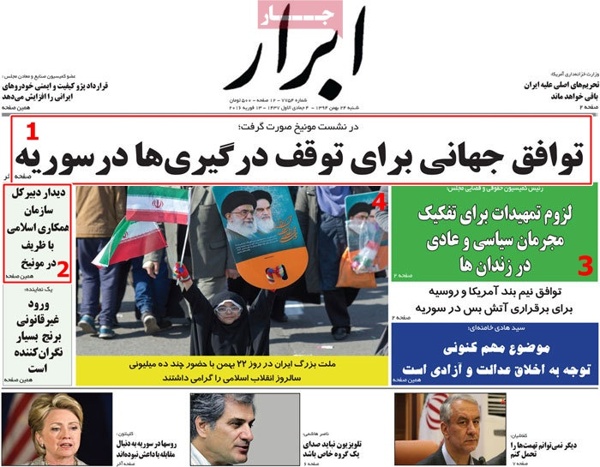 1. Millions mark anniversary of Islamic Revolution on 22nd of Bahman 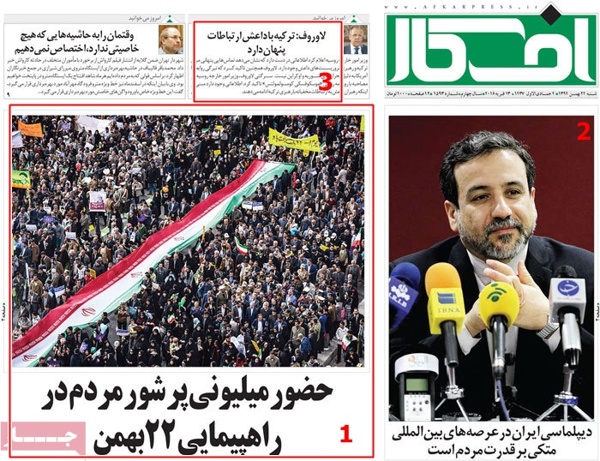 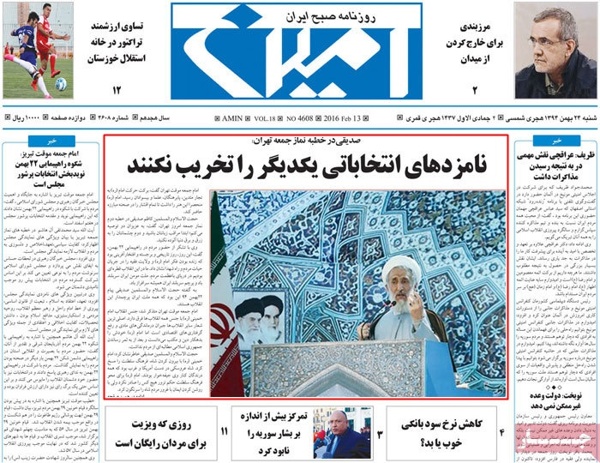 1. Everyone turned up for 37th independence celebration

The joint list of reformist, moderate and the nation’s voice factions will be released 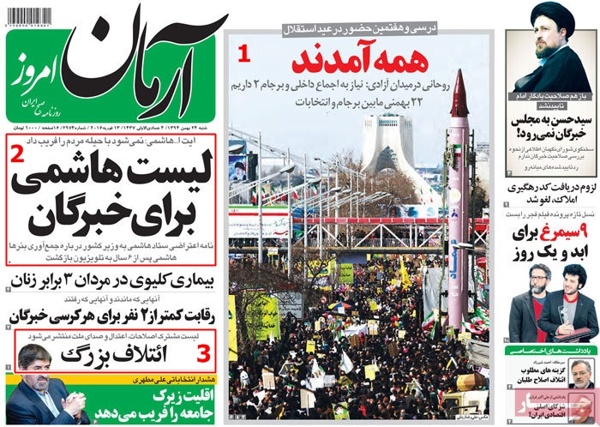 Iranian Minister of Foreign Affairs Mohammad Javad Zarif, having a tight schedule of bilateral meetings during his stay in Germany, held talks with heads of states and ministers on the sidelines of the Munich Security Conference.

5. Entrance of Saudi troops to Syria would be self-harm 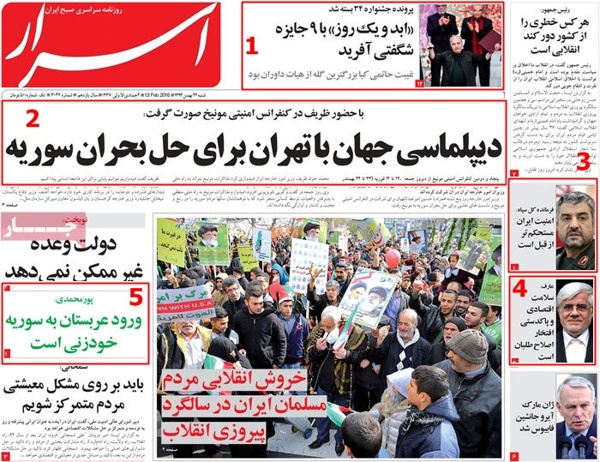 Most winners of the 34th Fajr International Film Festival were young talents. The closing ceremony of the festival was held at Tehran’s Milad Tower 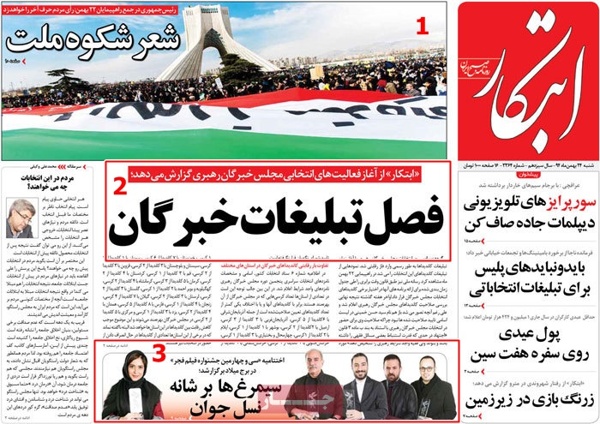 3. Rouhani: Revolution belongs to all nation not certain factions

Iranian Vice president and head of the Cultural Heritage, Handicrafts and Tourism Organization Masoud Soltanifar said the country expects to host an annual number of 20 million tourists by 2025. 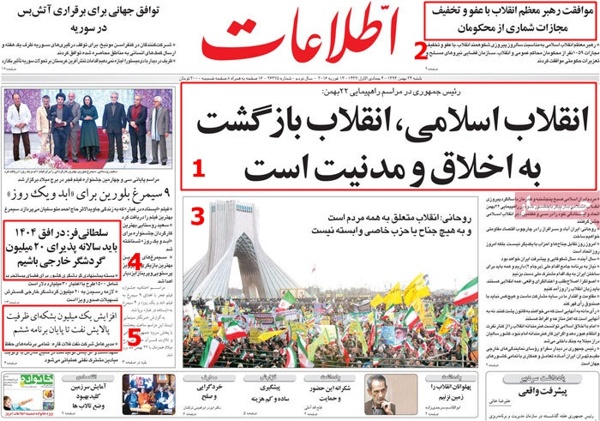 1. Rouhani: We vote not to extremists

Iranian President Hassan Rouhani told demonstrators at 22nd Bahman rally that everyone must cast votes to ballot boxes in later February elections even though they may have complaints and be against a political current in the country or even be dissatisfied with them.

2. Ayatollah calls on all eligible voters to cast ballots

Ayatollah Akbar Hashemi Rafsanjani to voters in a televised address after 6 years to come to the ballot boxes in late February elections because the event will be a destiny-maker for the country.

3. Coalition of reformist supporters of Rouhani to release list of parliament candidates: Aref

Mohammad Reza Aref is head of the Reformist Policymaking Council. 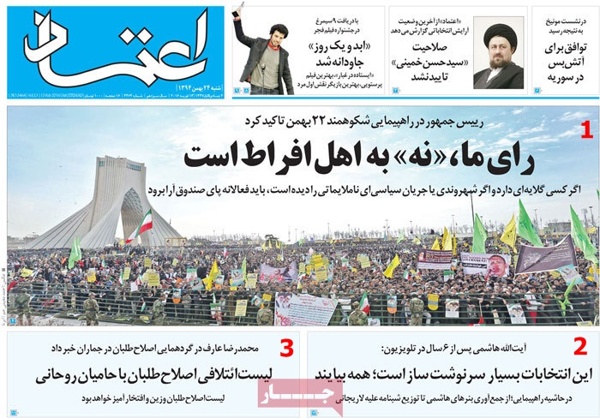 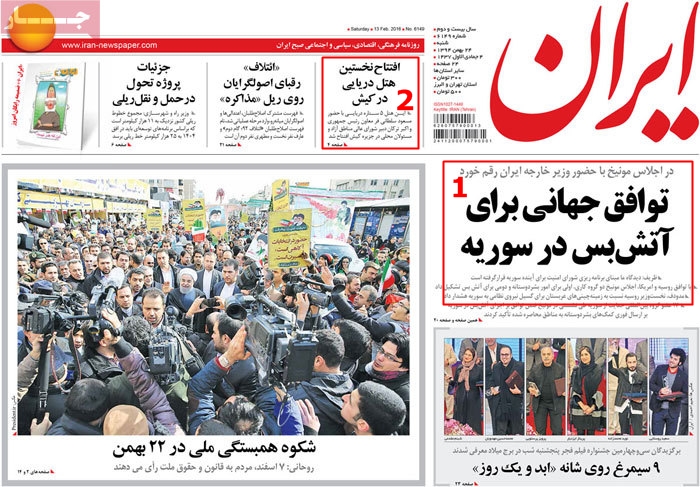 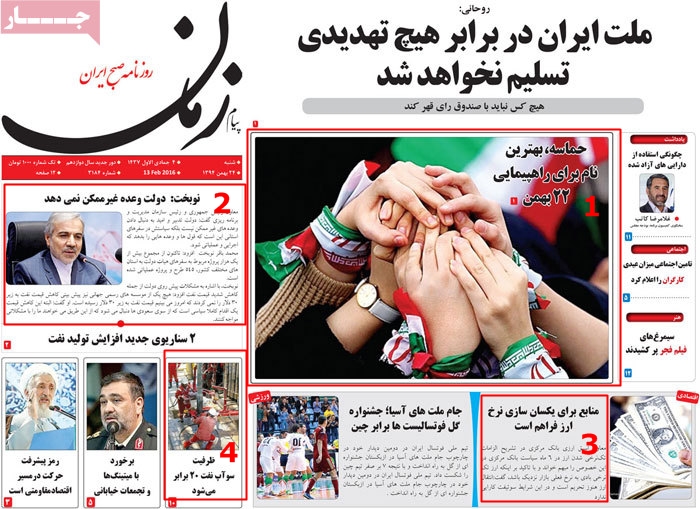 1.  World media stunned at number of Iranian nation turned up for Bahman 22 rally

3.  Rafsanjani on TV: My views are those Islamic Republic was formed upon 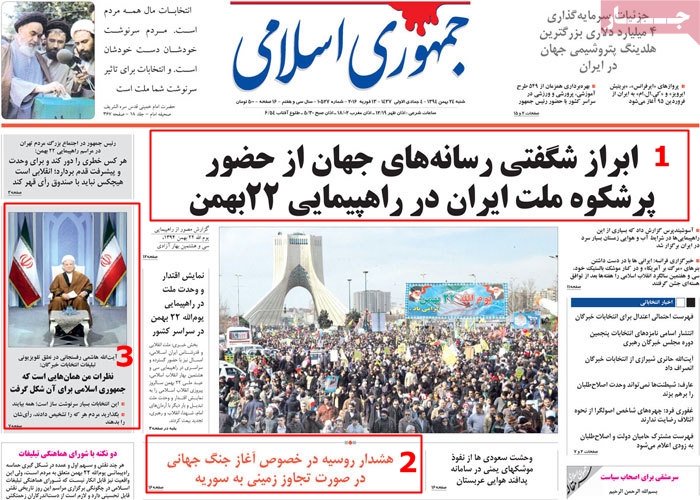 Trust us instead of foreigners, reads the banner. 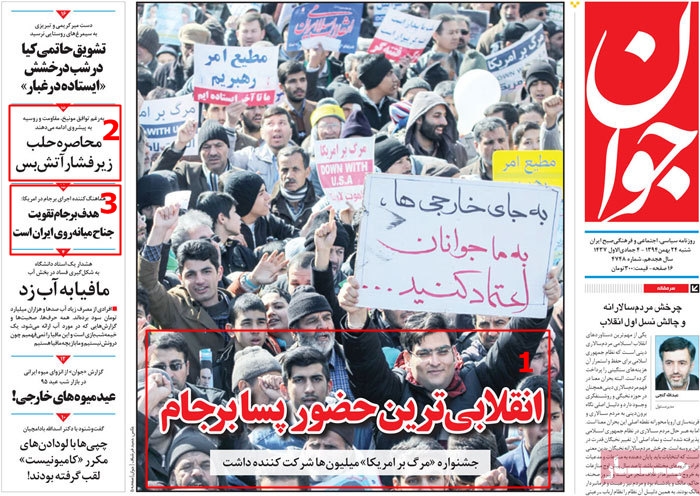 The turnout of millions of Iranians for the Bahman 22 rally “broke the enemies”.

2.  Judiciary Chief: Islamic Iran has a lot to tell superpowers 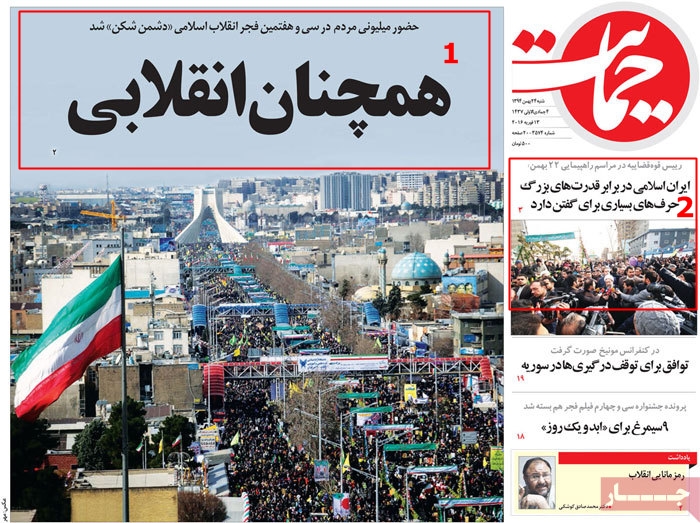 1.  Power of recreating the revolution [was foisted on world powers on February 11 rally to mark anniversary of the Islamic Revolution.]

2.  Queiroz: I will tender my resignation to football federation

3.  Official: Time to respond to nation has started after N. deal

Secretary of Iran’s Supreme National Security Council (SNSC) Ali Shamkhani has said it is about time officials become more responsive to the nation for their actions now that the nuclear deal has been implemented. 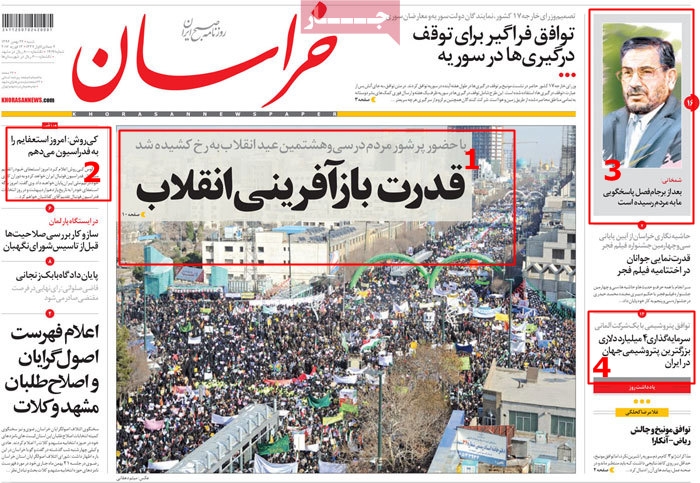 1.  President: Revolutionary is everyone who is concerned about resistance, partnership

3.  World bows to grandeur of turnout for Bahman 22 rally 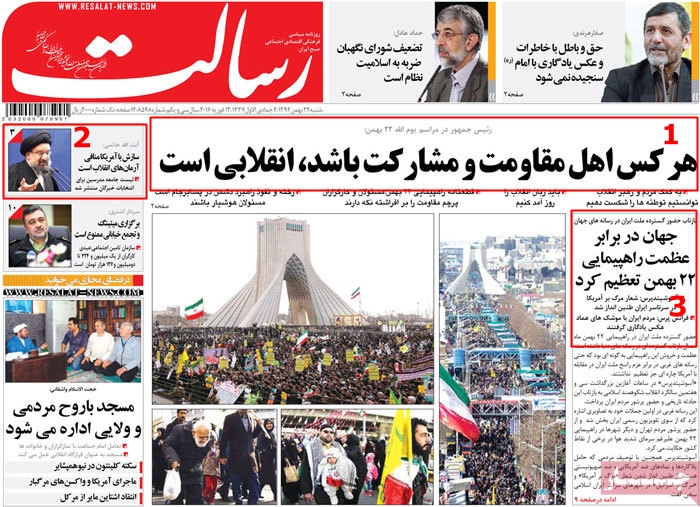 1.  Finally everyone gets their due: Bulgaria Names UNESCO Boss For UN Chief’s 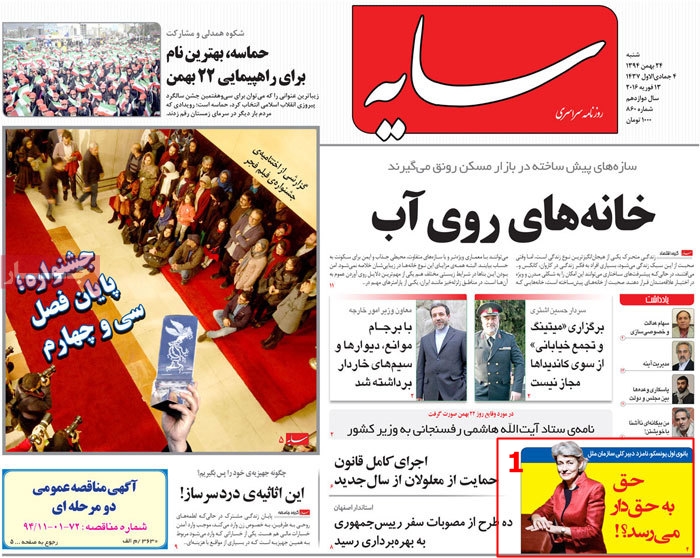 2.  We will not forgo our reformist identity for short-term goals: Aref 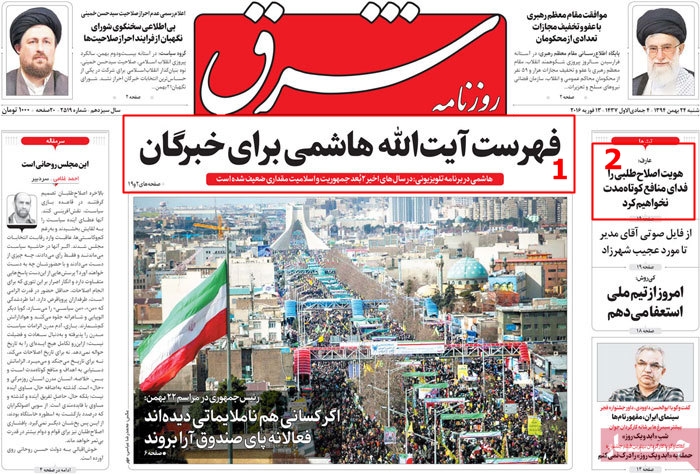 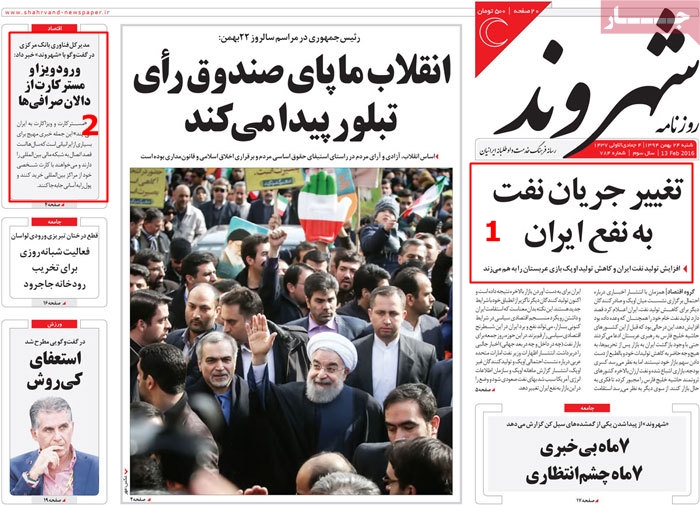 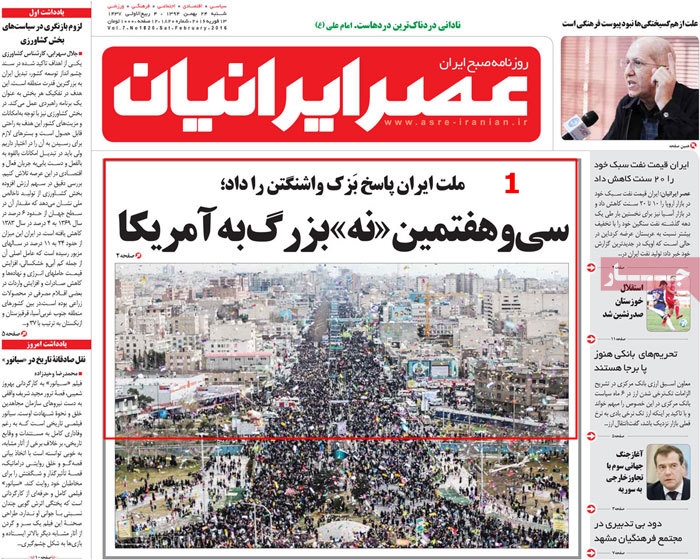 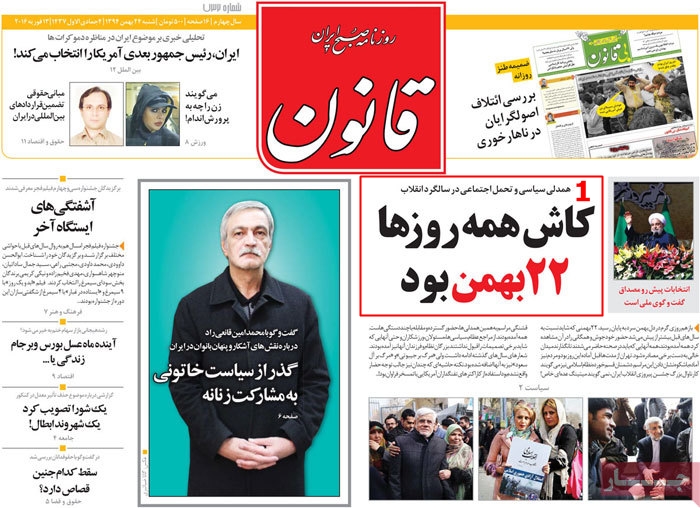 1.  Iranian nation wakes US dreamers up 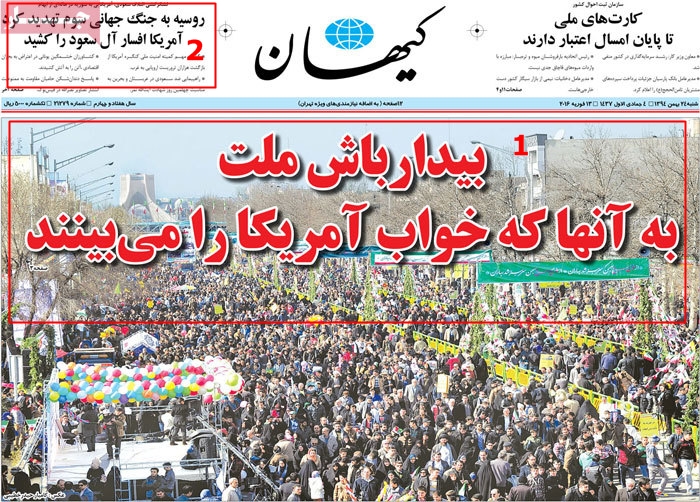 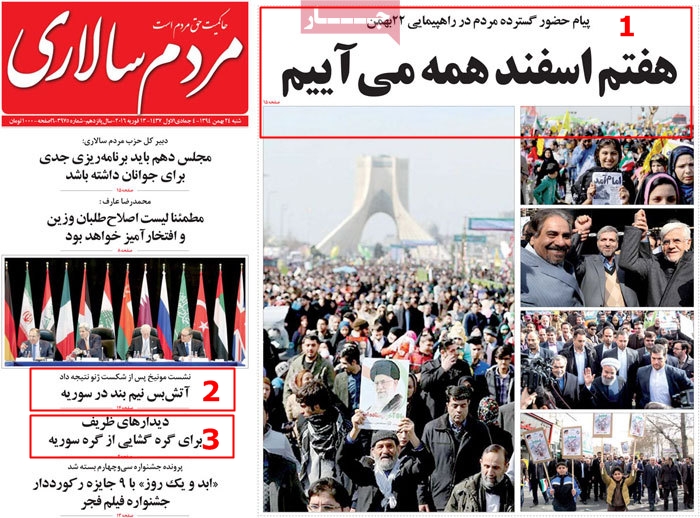 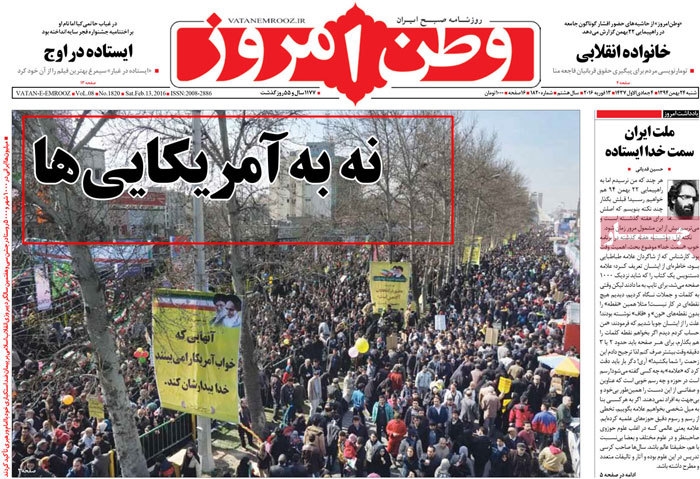 The country’s political community is fully influenced by the ongoing election campaigns for the late February elections.

2.  There were people as was the commander

Referring to the Bahman 22 rally in which people along with Brigadier General Ghasem Soleimani attended. 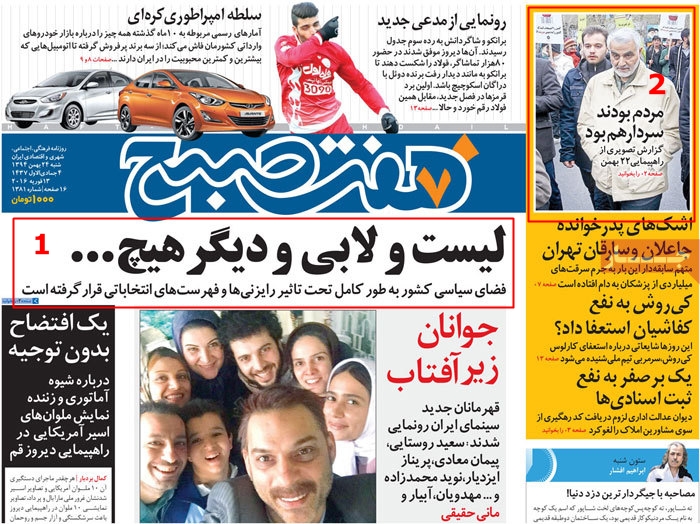 5.  Iran to erect refinery in Spain 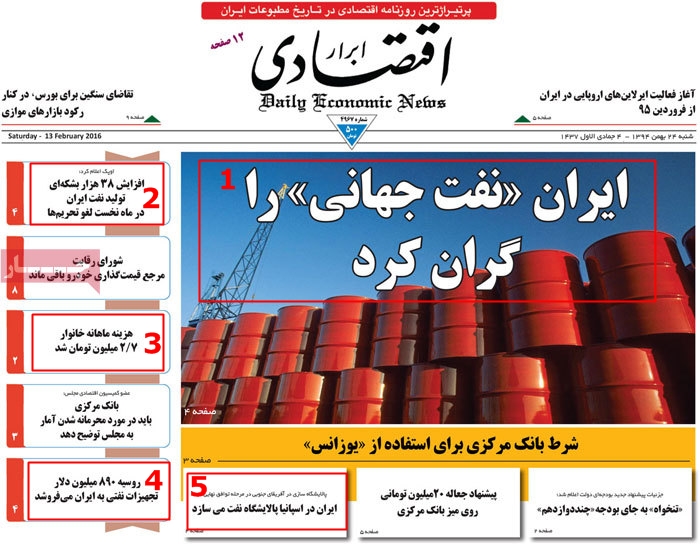 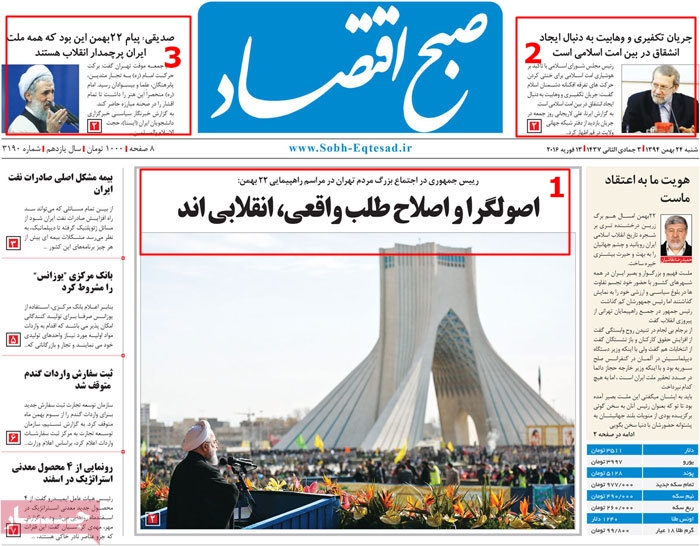