IFP has taken a look at the front pages of Iranian newspapers on Tuesday, December 1, 2020, and picked headlines from 13 of them. IFP has simply translated the headlines and does not vouch for their accuracy. 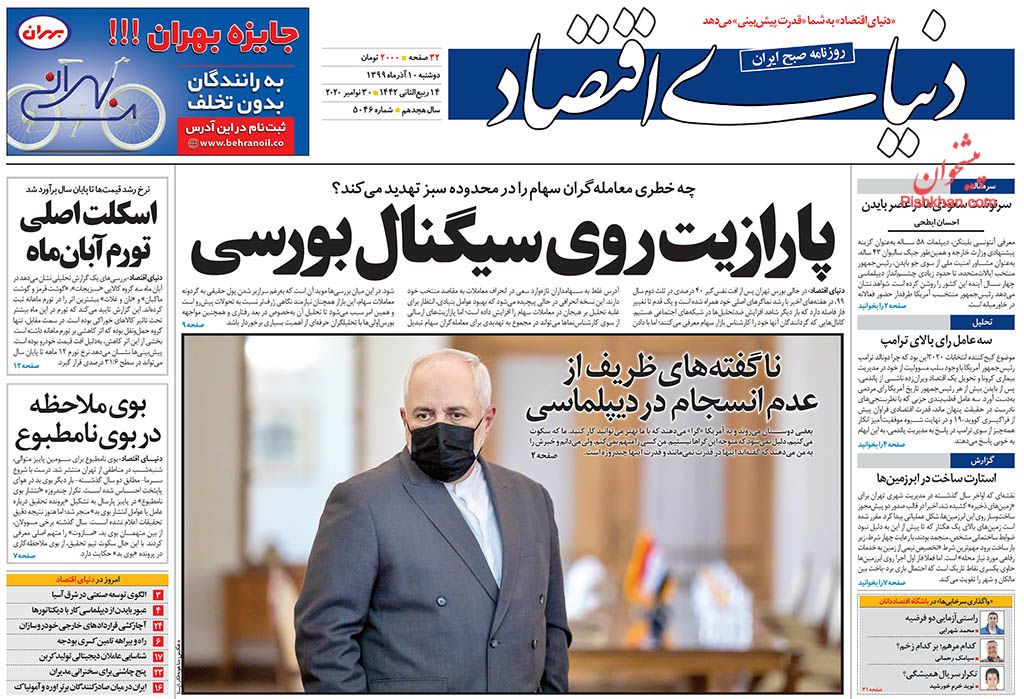 2- Jahangiri: Stigma of Iran’s Medicine Sanctions to Remain with Its Sponsors Forever 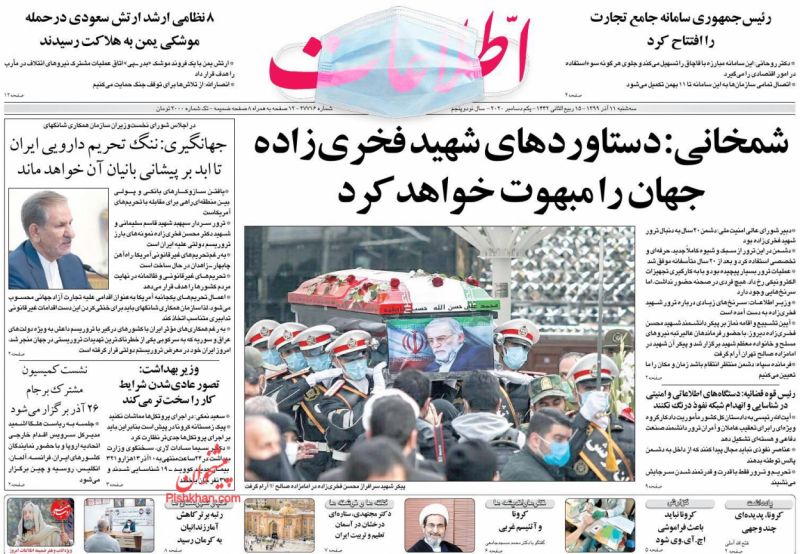 1- The Day When the World Changed

* One Year Since First Case of Coronavirus Identified in China 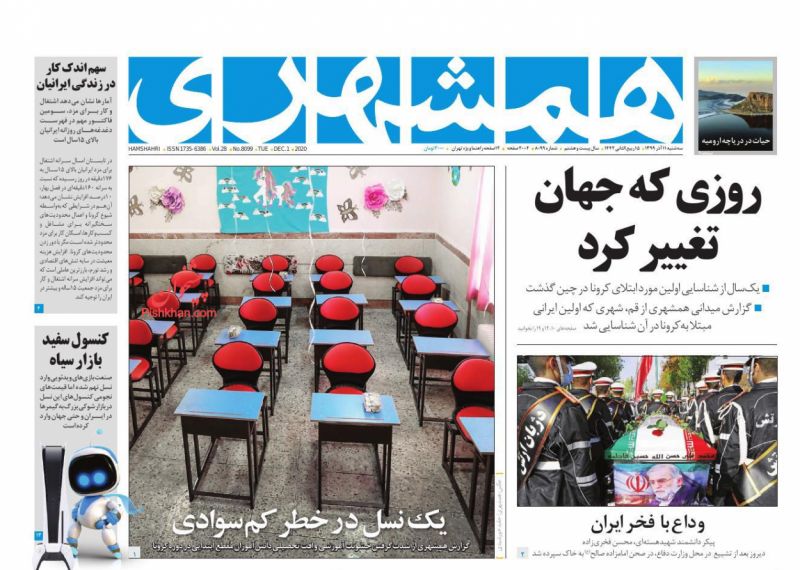 3- What Should Iran Expect If It Doesn’t Take Revenge?

1- Military Commanders Say Day of Revenge Not Too Far

3- From Denying Fakhrizadeh’s Nuclear Identity to False Claim of His Membership in JCPOA Team!

1- Shamkhani: Operation and Its Whereabouts Had Been Anticipated

2- Health Minister: Virus May Once Again Surge in Winter