IFP has taken a look at the front pages of Iranian newspapers on Sunday, August 9, 2020, and picked headlines from 12 of them. IFP has simply translated the headlines and does not vouch for their accuracy.

1- Rouhani’s Chief of Staff: We’re in Final Days of Sanctions 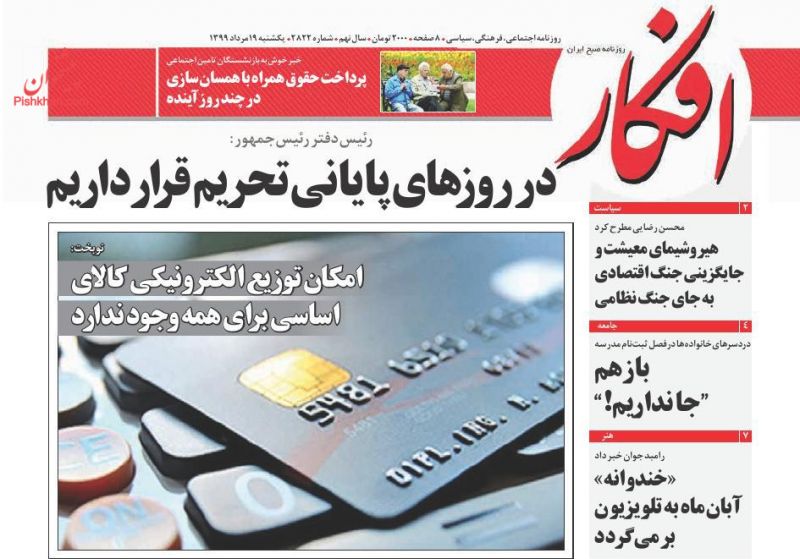 1- Lebanon on Verge of Political Explosion

2- Beirut Blast May Repeat in Heart of Tehran

* There Are Three Chemical Depots in Tehran

3- Analyst: Withdrawal from NPT Is What Trump Wants

1- US Must Be Held Accountable for Financing Terror: Iran

4- End of Hook; Another Defeat for US [Editorial]

1- Macron; Supporter of Lebanese People or Complicit in Beirut Crime?

2- Official in Charge of US Maximum Pressure Dismissed After Failure

1- One Radical Leaves, Another Radical Comes

2- Is a Major Economic Development Coming?

1- Judiciary Spokesman: Environmentalists May Be Pardoned

2- Mediation between Armenia, Azerbaijan Not in Iran’s Interest