IFP has taken a look at the front pages of Iranian newspapers on Tuesday, August 25, 2020, and picked headlines from 12 of them. IFP has simply translated the headlines and does not vouch for their accuracy.

1- Next Gov’t Will Be Self-Sufficient in Petrol, Gasoline Supplies 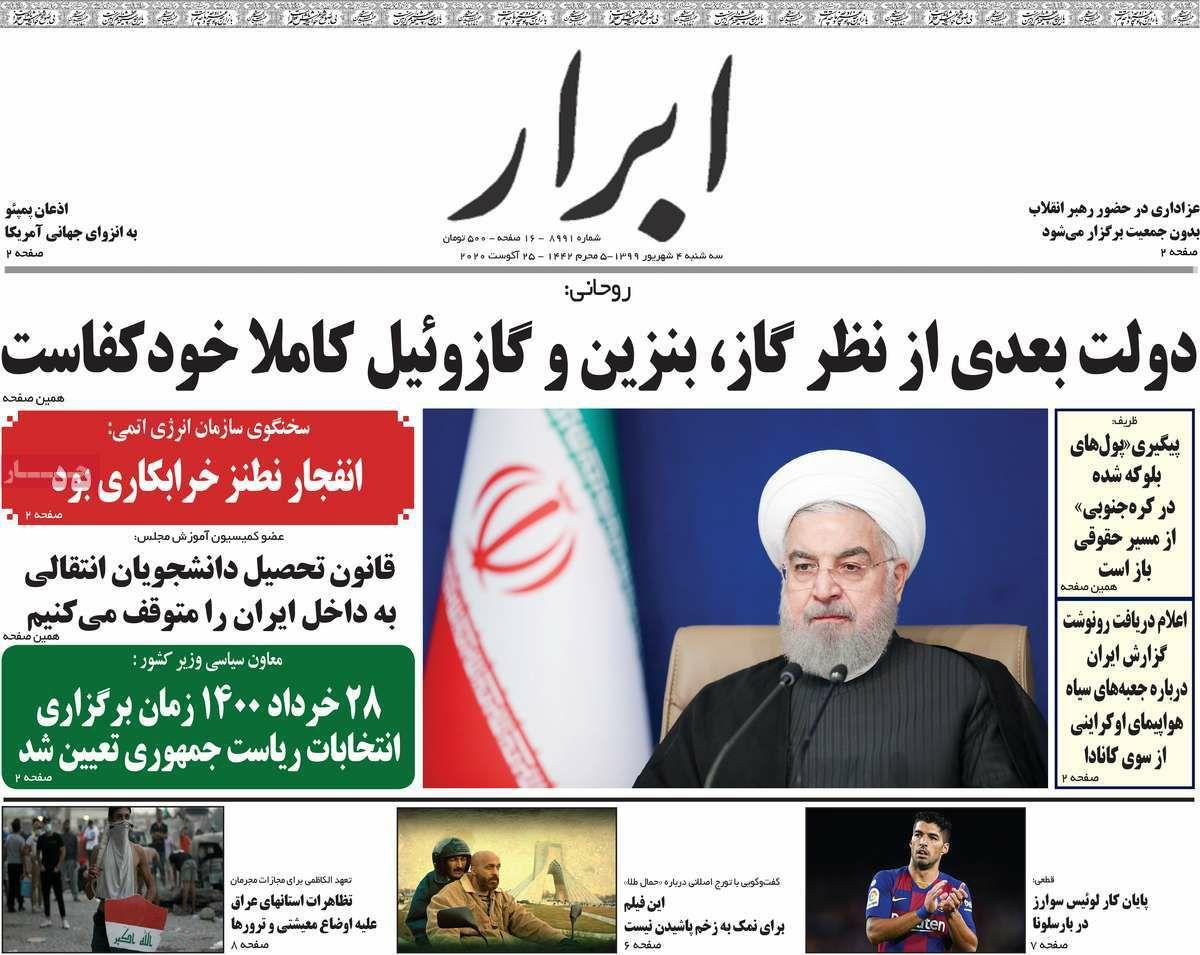 1- Trump Knows Where to Find Deal with Iran: Spokesman 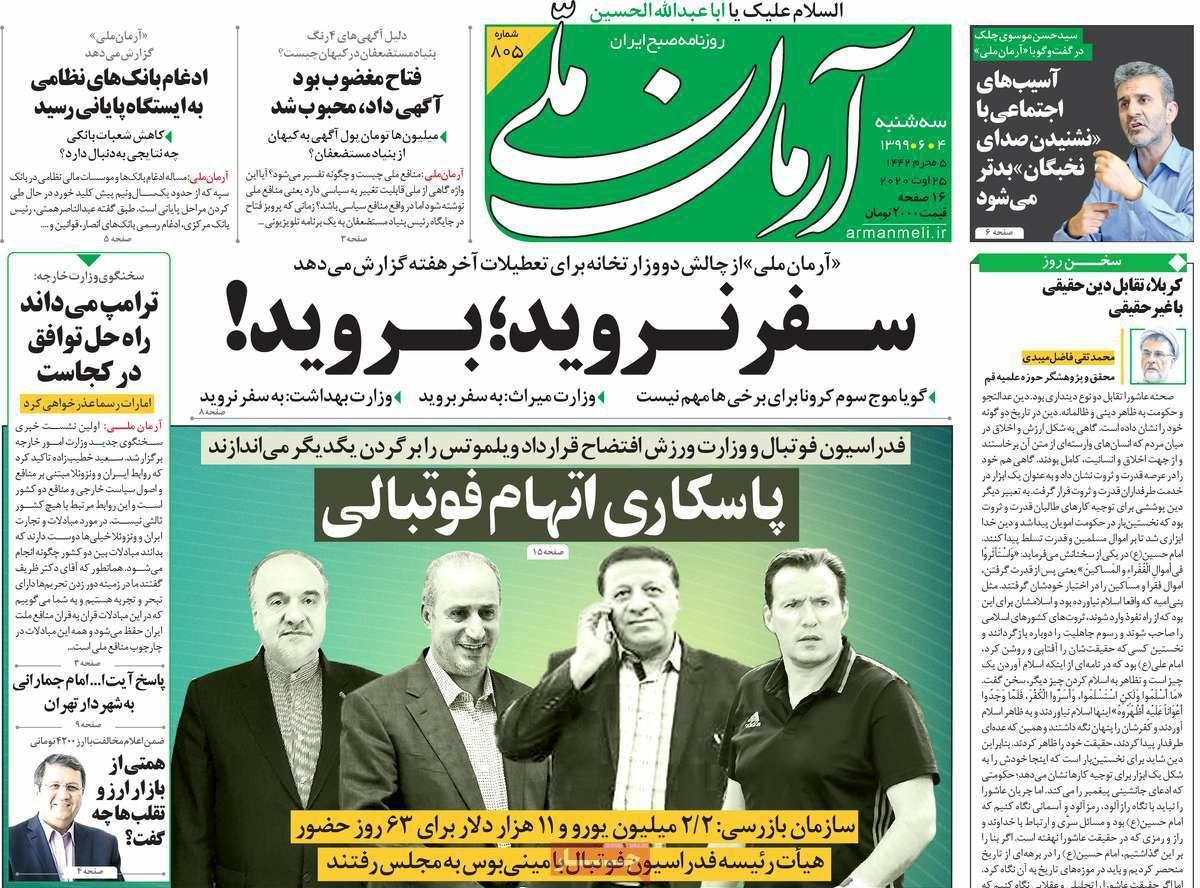 1- Rouhani: We’re Not Ashamed of Our Nation in Terms of Oil and Gas 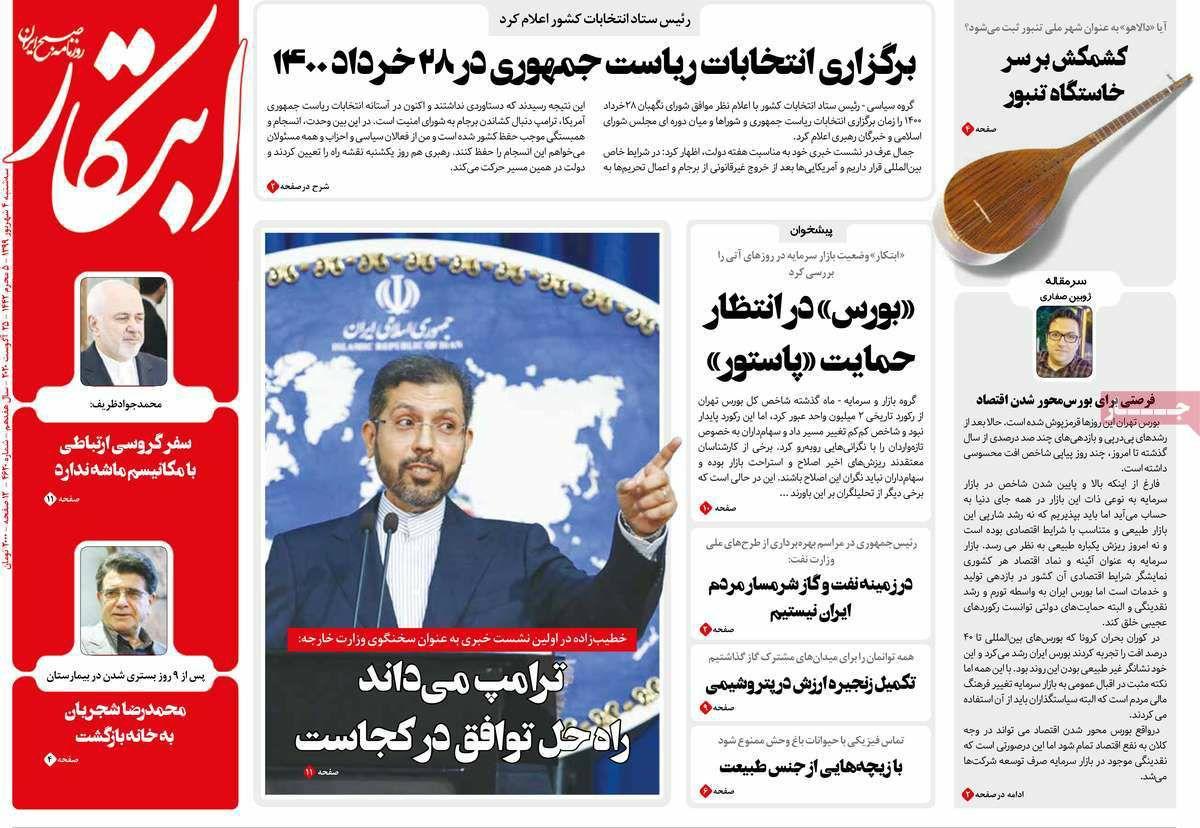 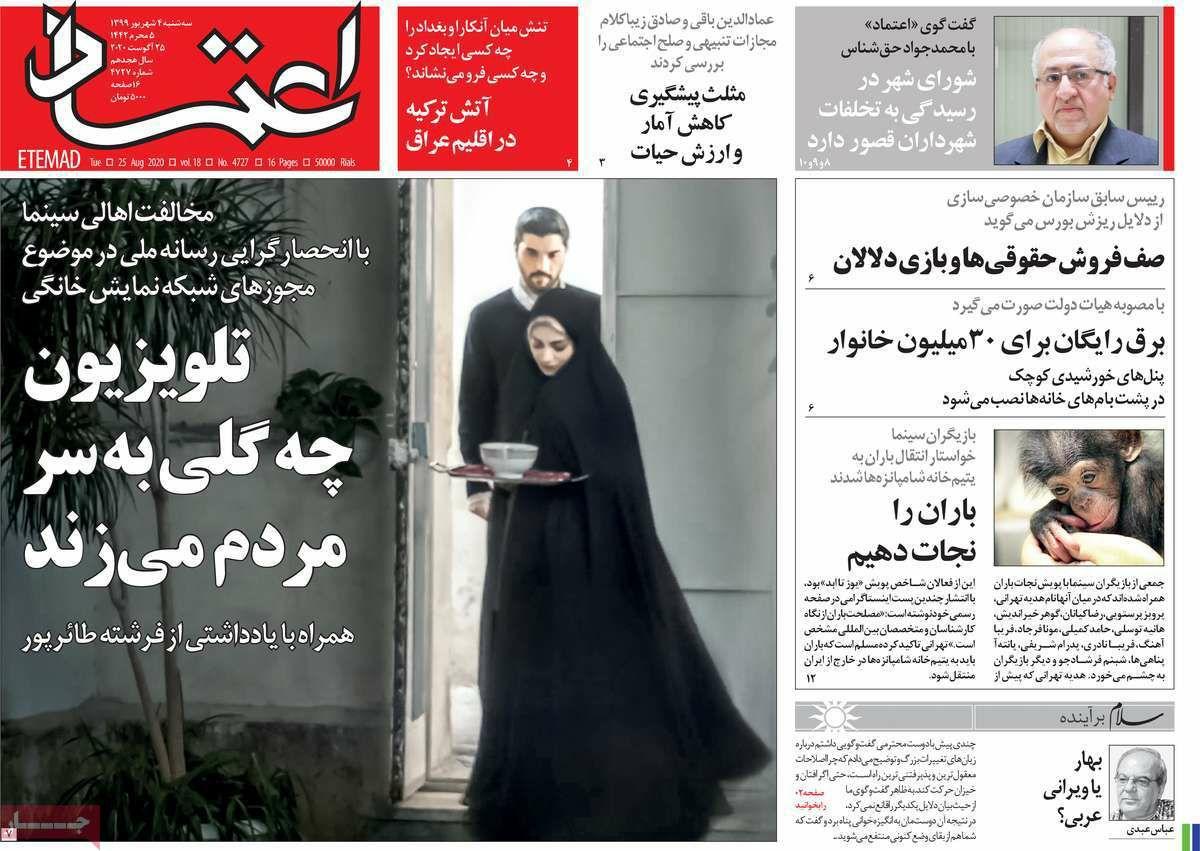 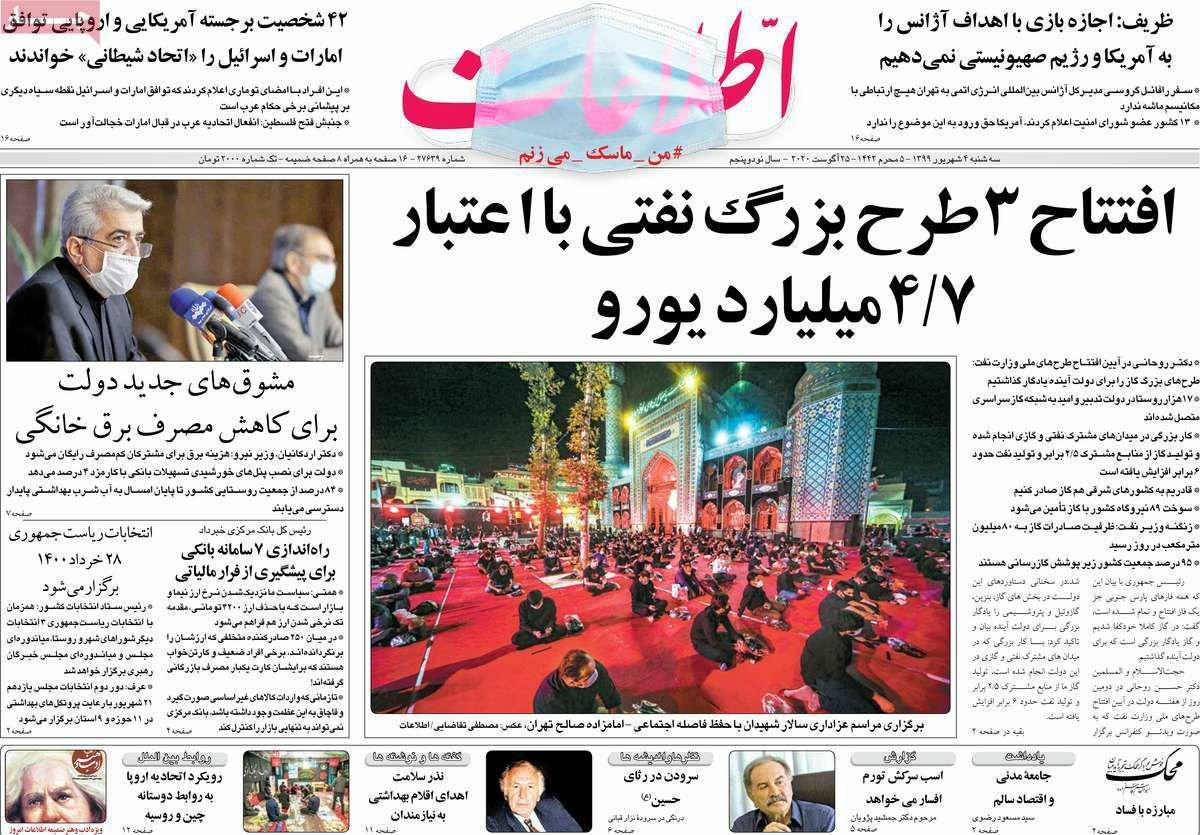 1- Vaezi: We’ll Try to Leave No Sanctions for Next Gov’t 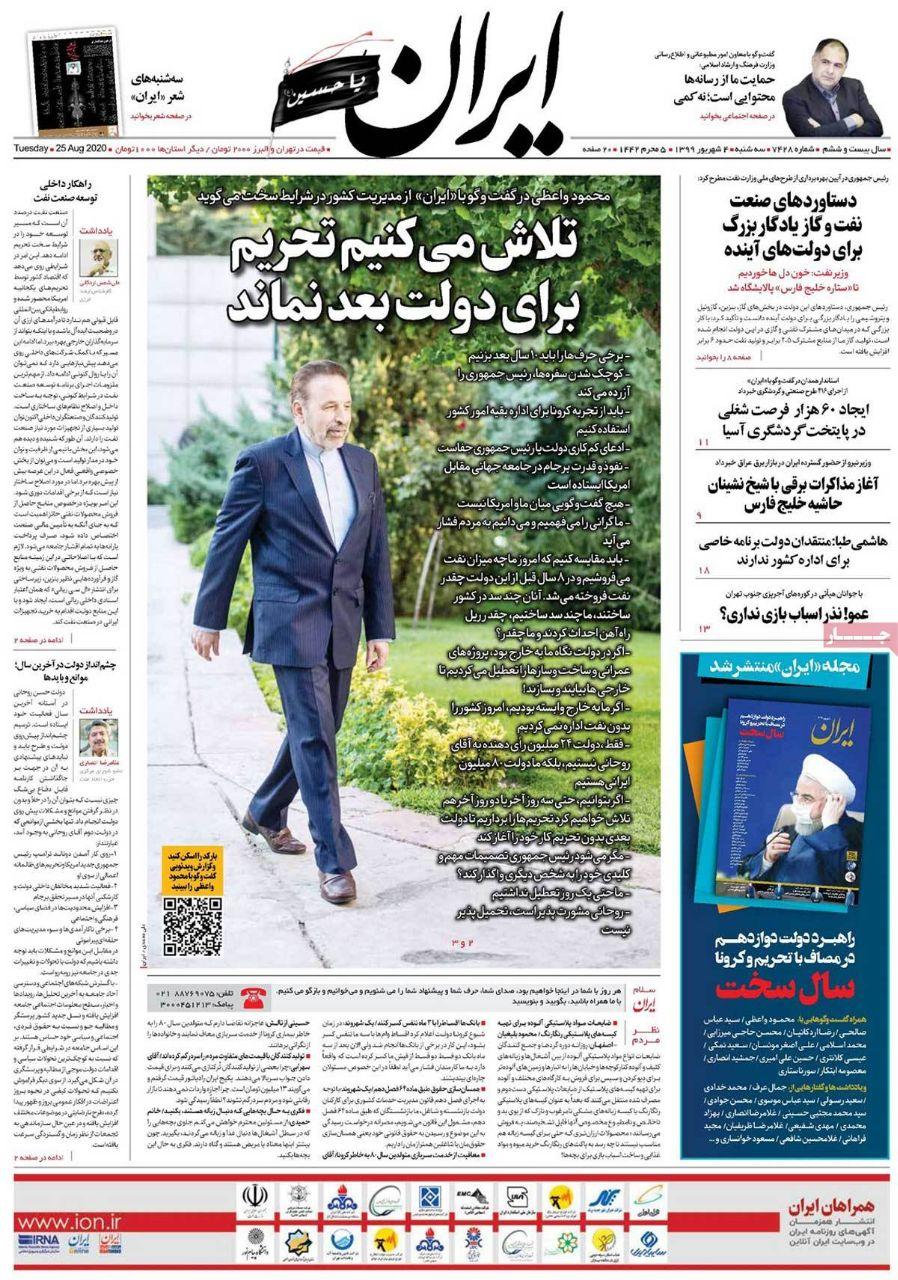 2- Campaign against Disgraceful Deal, This Time from Inside UAE 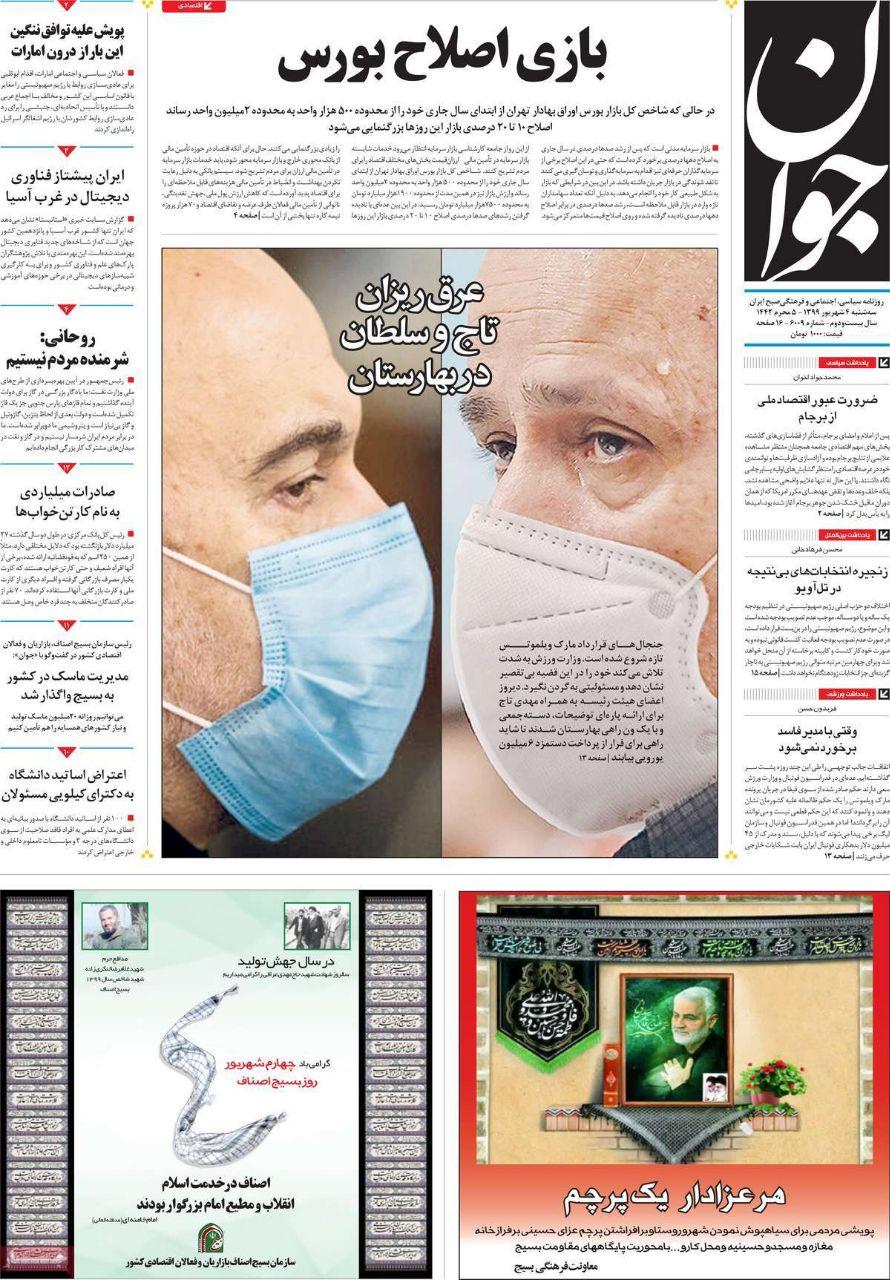 1- Zarif: IAEA Chief’s Visit Has Nothing to Do with Snapback Mechanism

2- Protests Erupt against US Police Once Again

* A Brigade of Addicted Soldiers Kicked Out of UK Royal Army 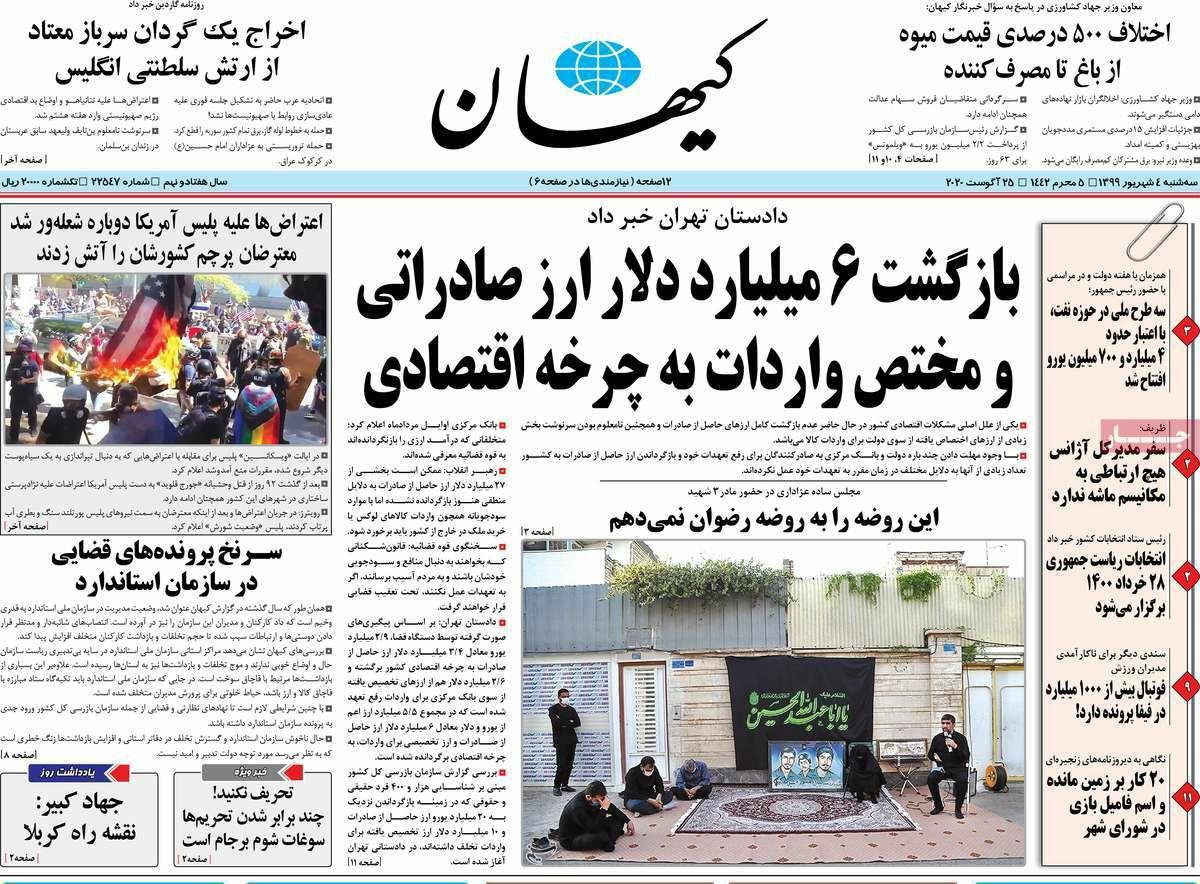 * US President Dying of Thirst for Deal with Iran 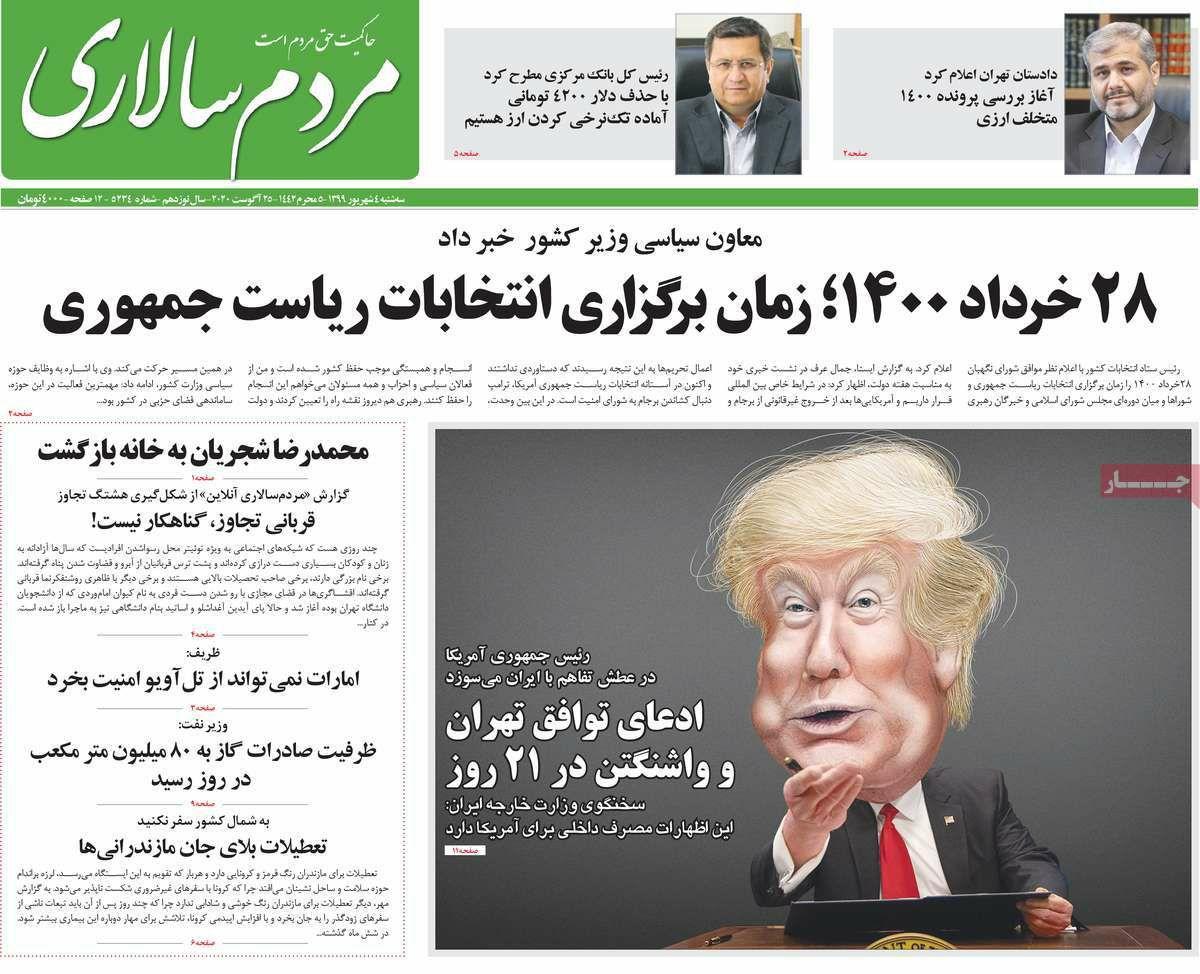 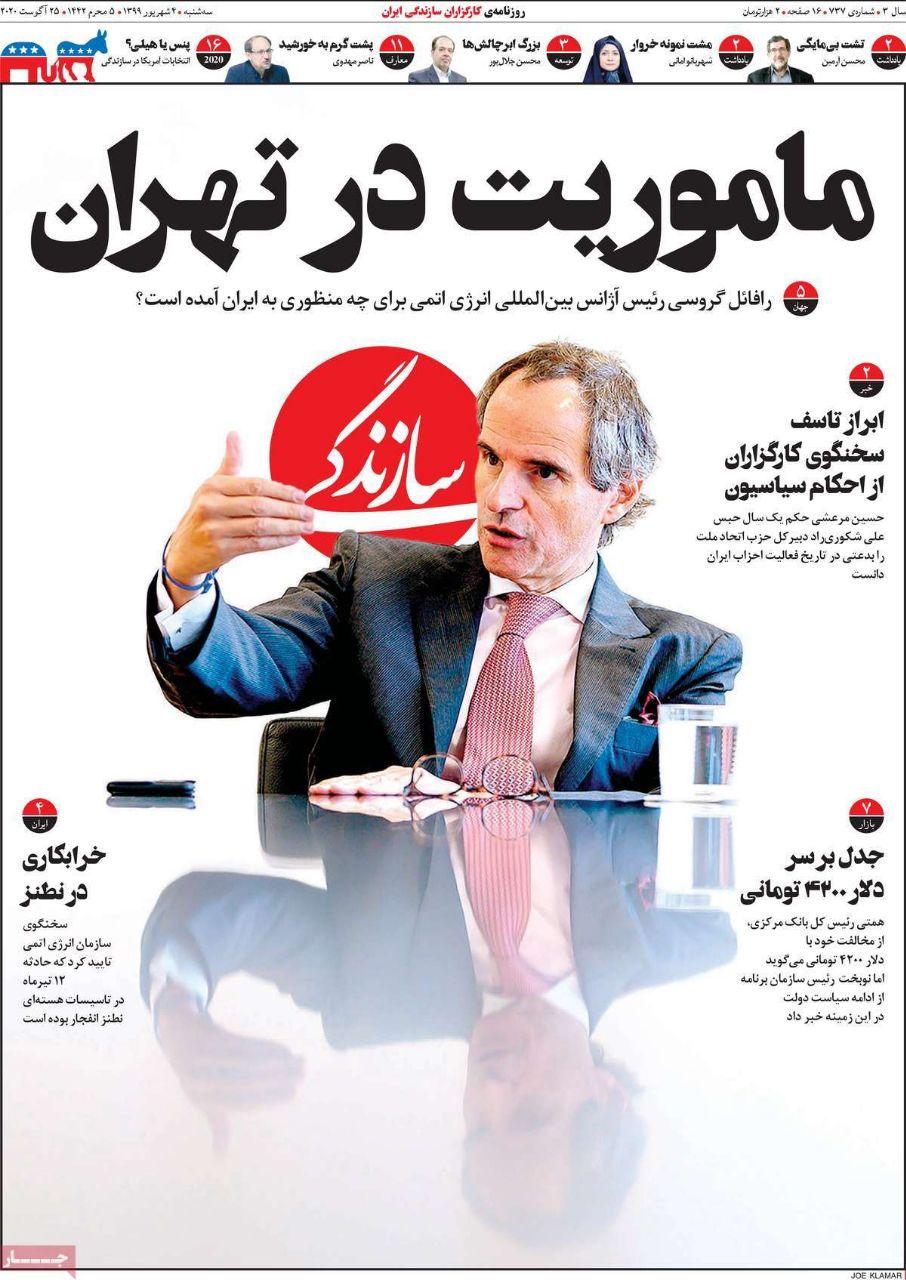 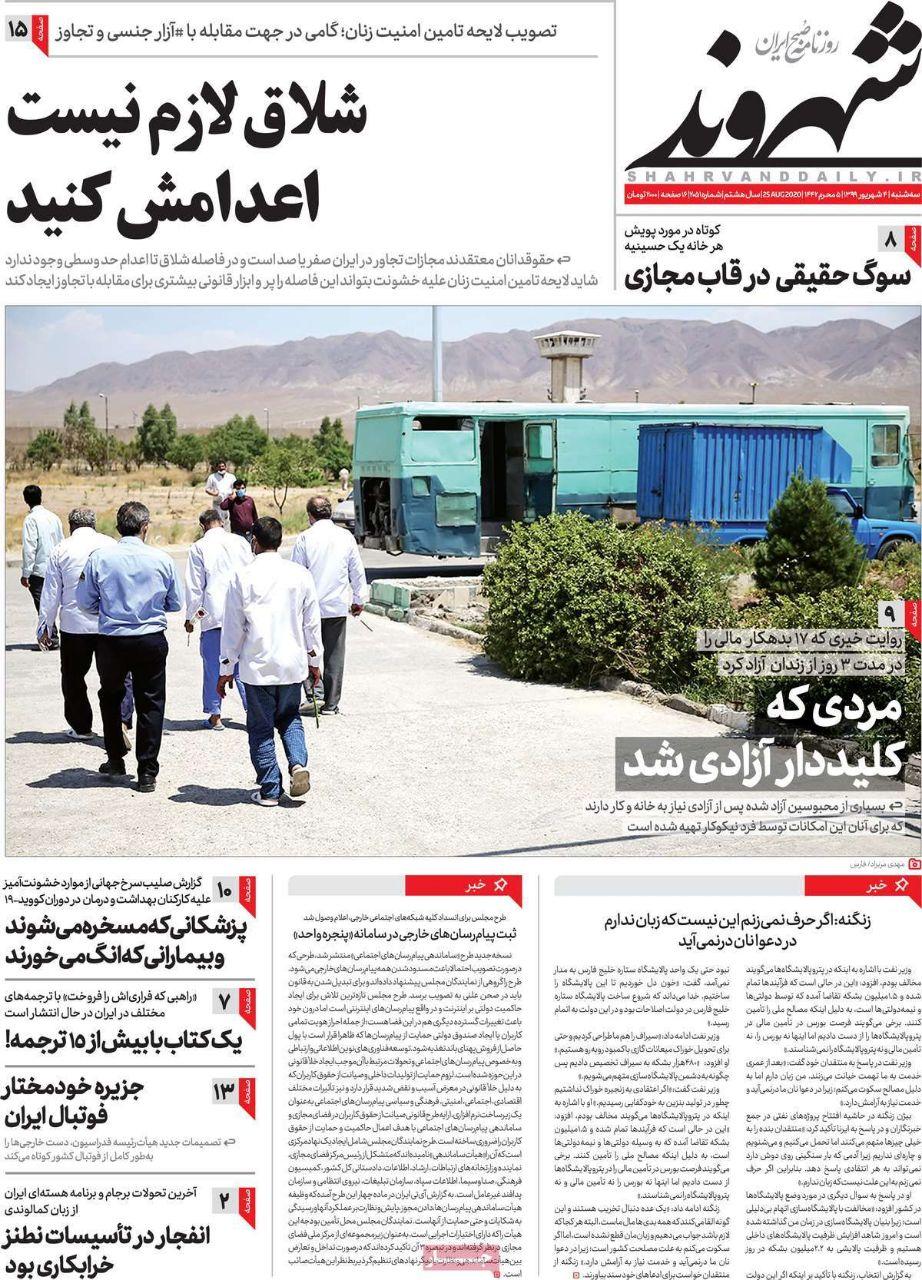 2- Return to Leadership: Will Ali Larijani Run for President?

3- If Trump Is Re-elected [Editorial] 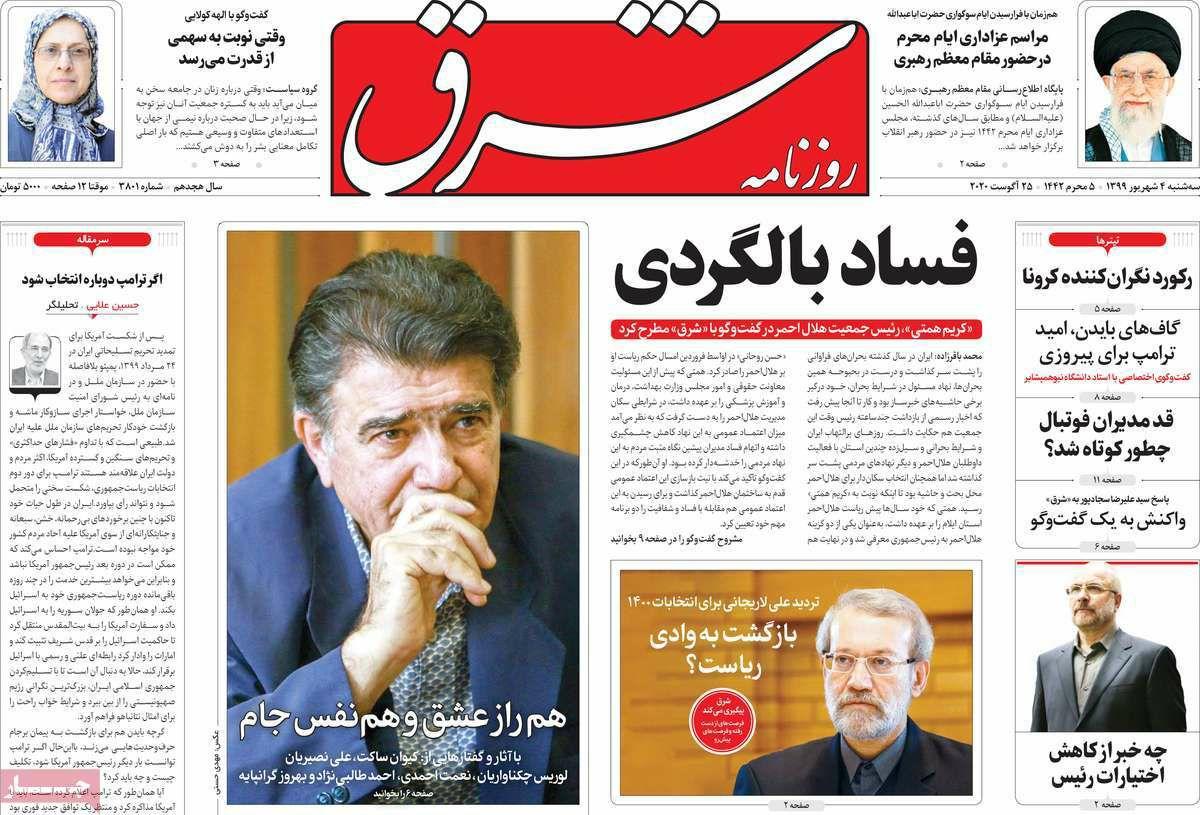