IFP has taken a look at the front pages of Iranian newspapers on Thursday, August 20, 2020, and picked headlines from 12 of them. IFP has simply translated the headlines and does not vouch for their accuracy. 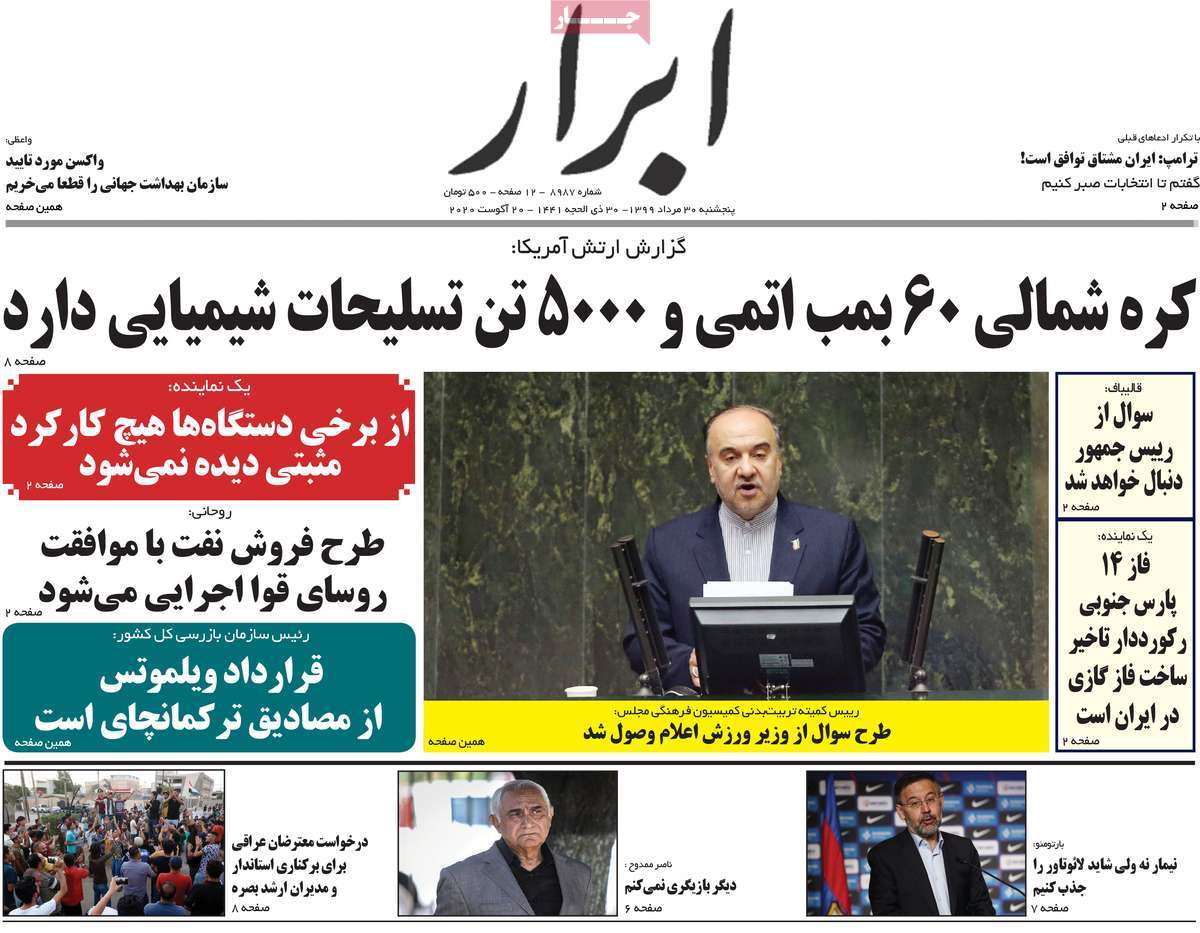 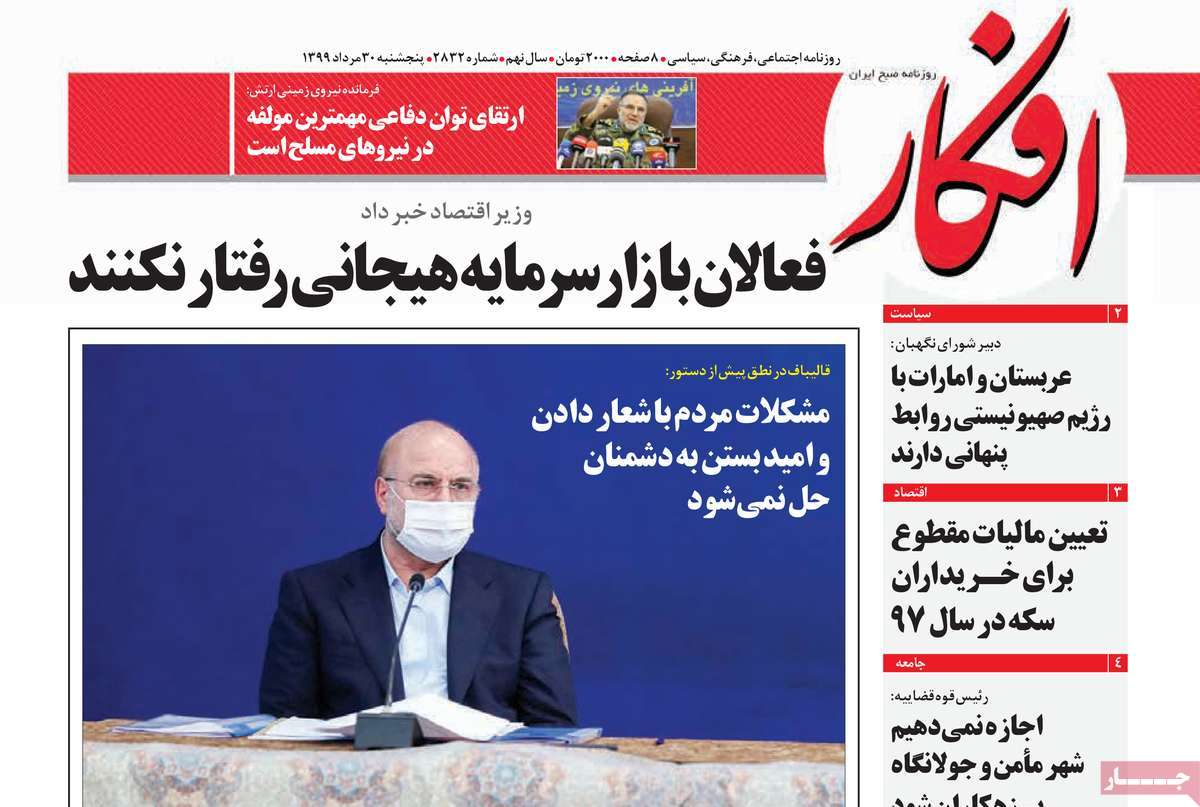 1- US Seeks to Keep Al-Kadhimi Away from Iran 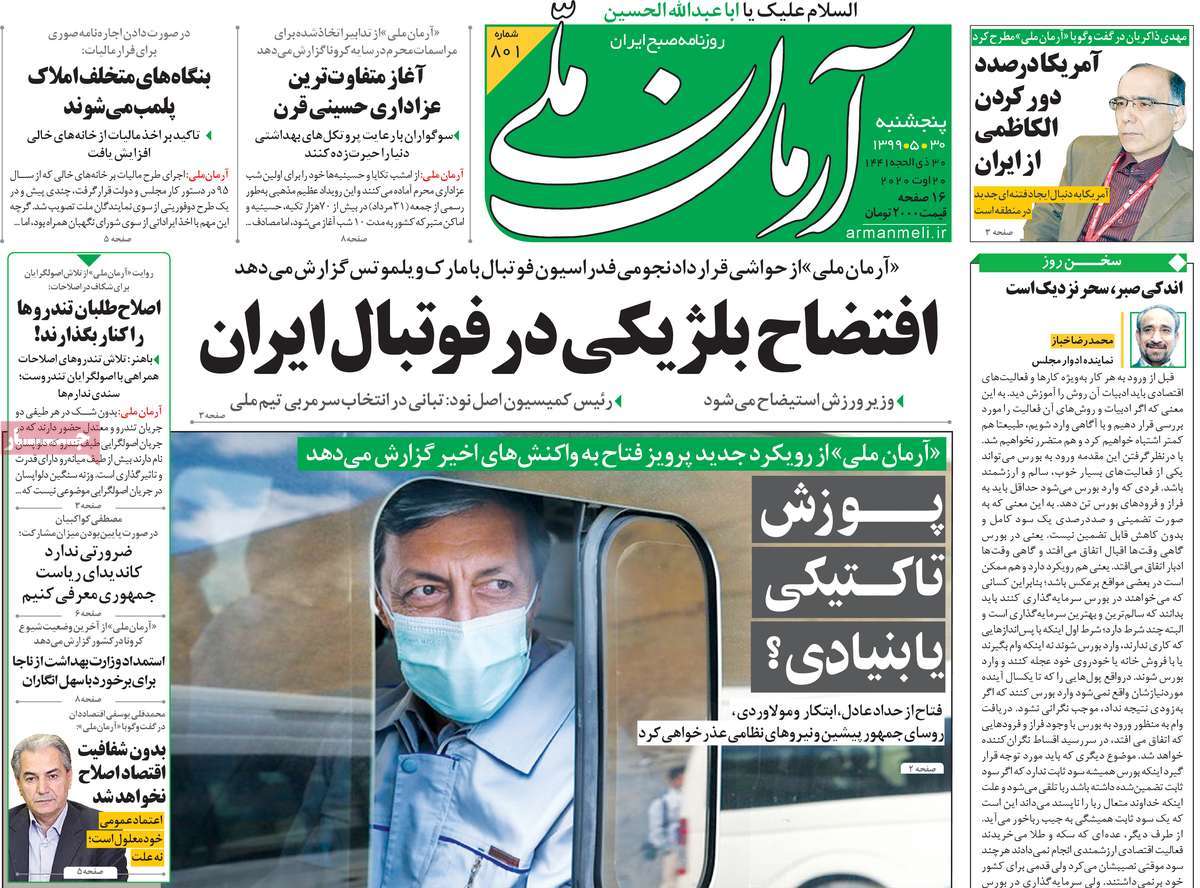 1- JCPOA at Turning Point: How Will Iran Respond to Activation of Trigger Mechanism?

2- Rouhani to JCPOA Critics: Why Don’t We See Any Stupidity from Enemies? 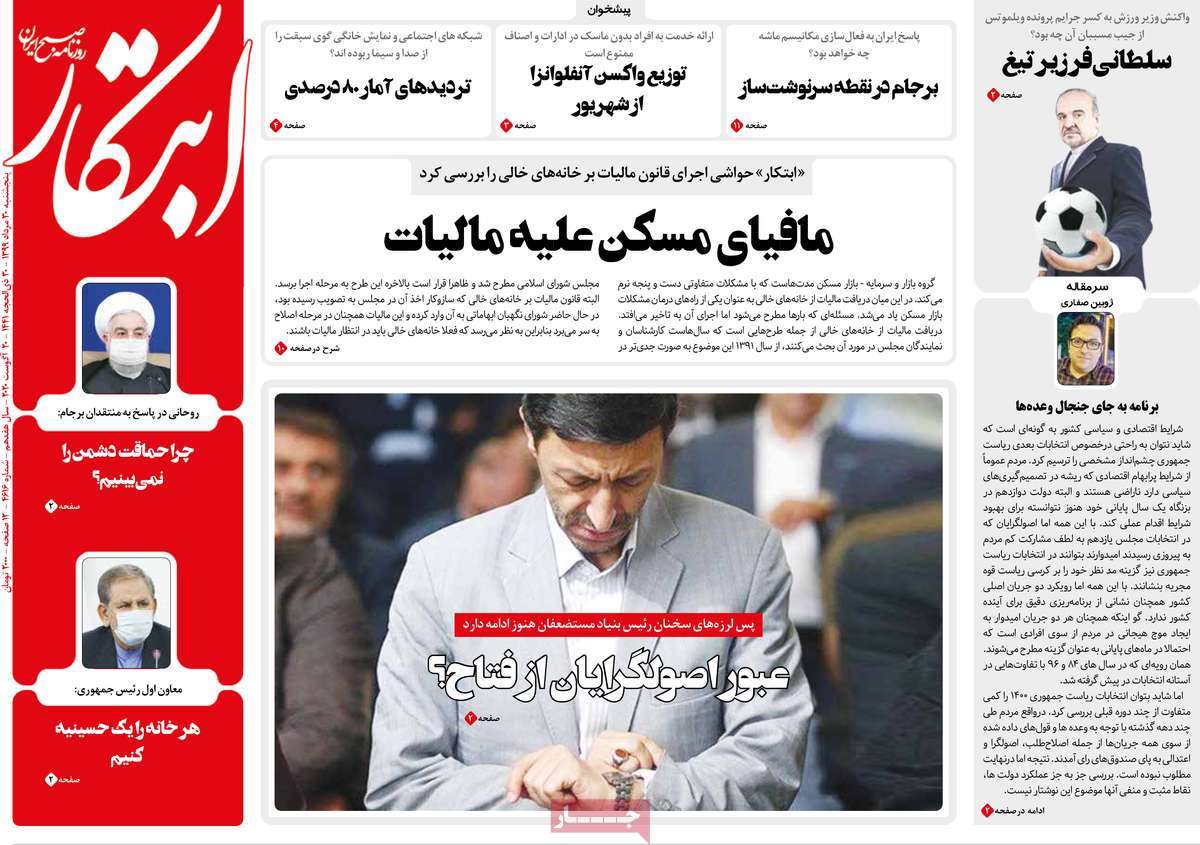 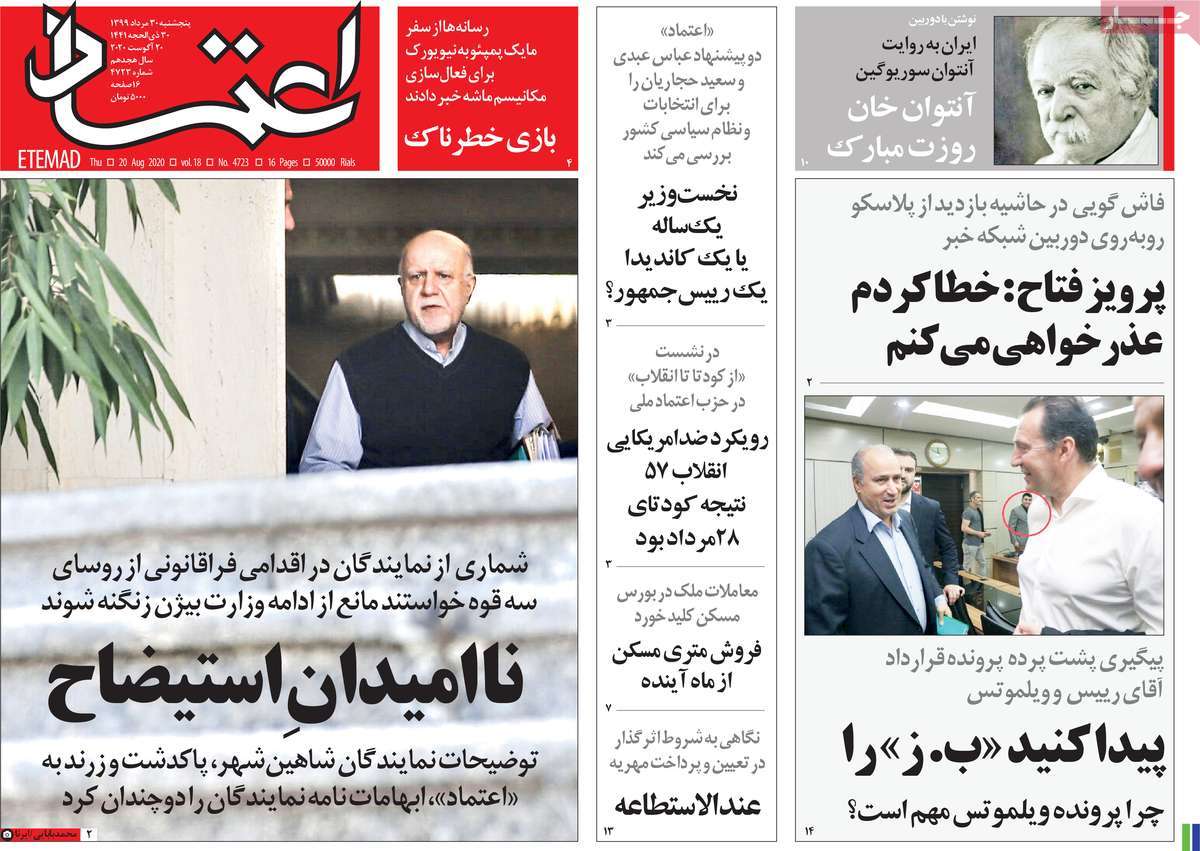 1- Rouhani: If Heads of All Trio Branches of Power Agree, We’ll Sell Oil Bonds to People 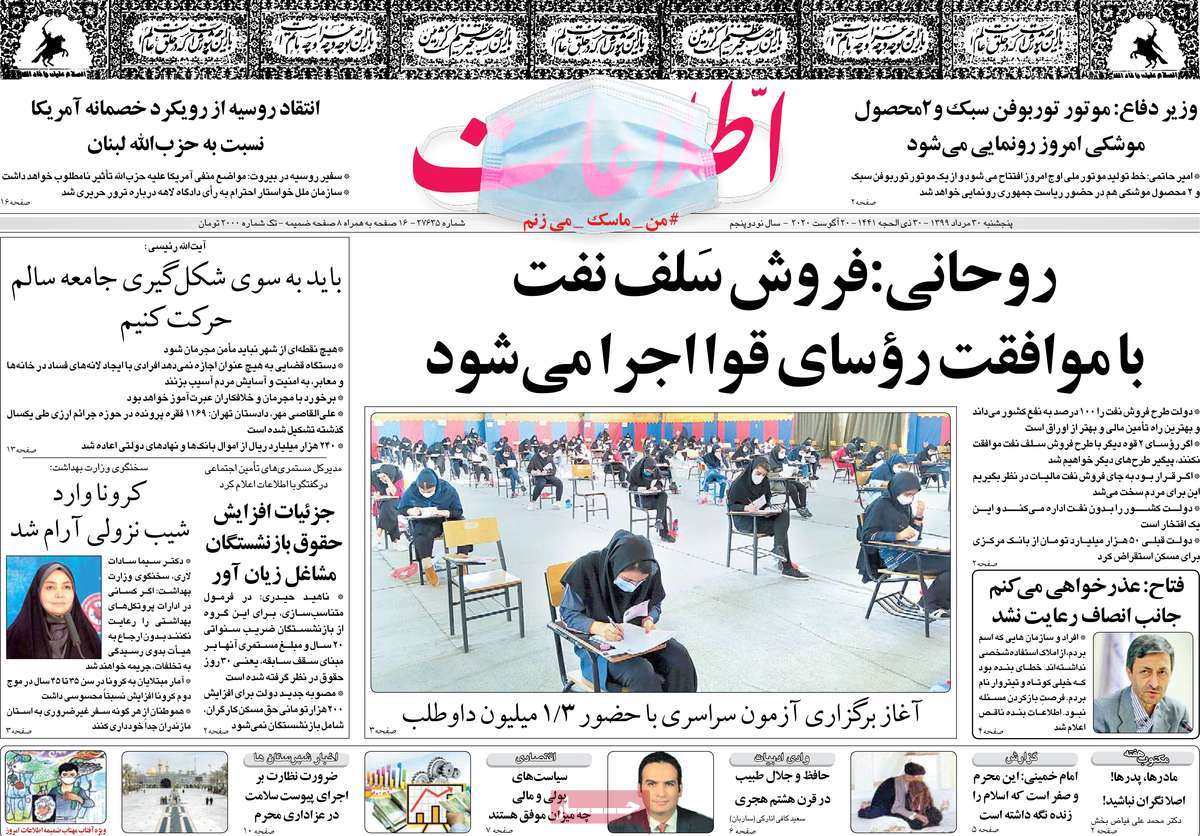 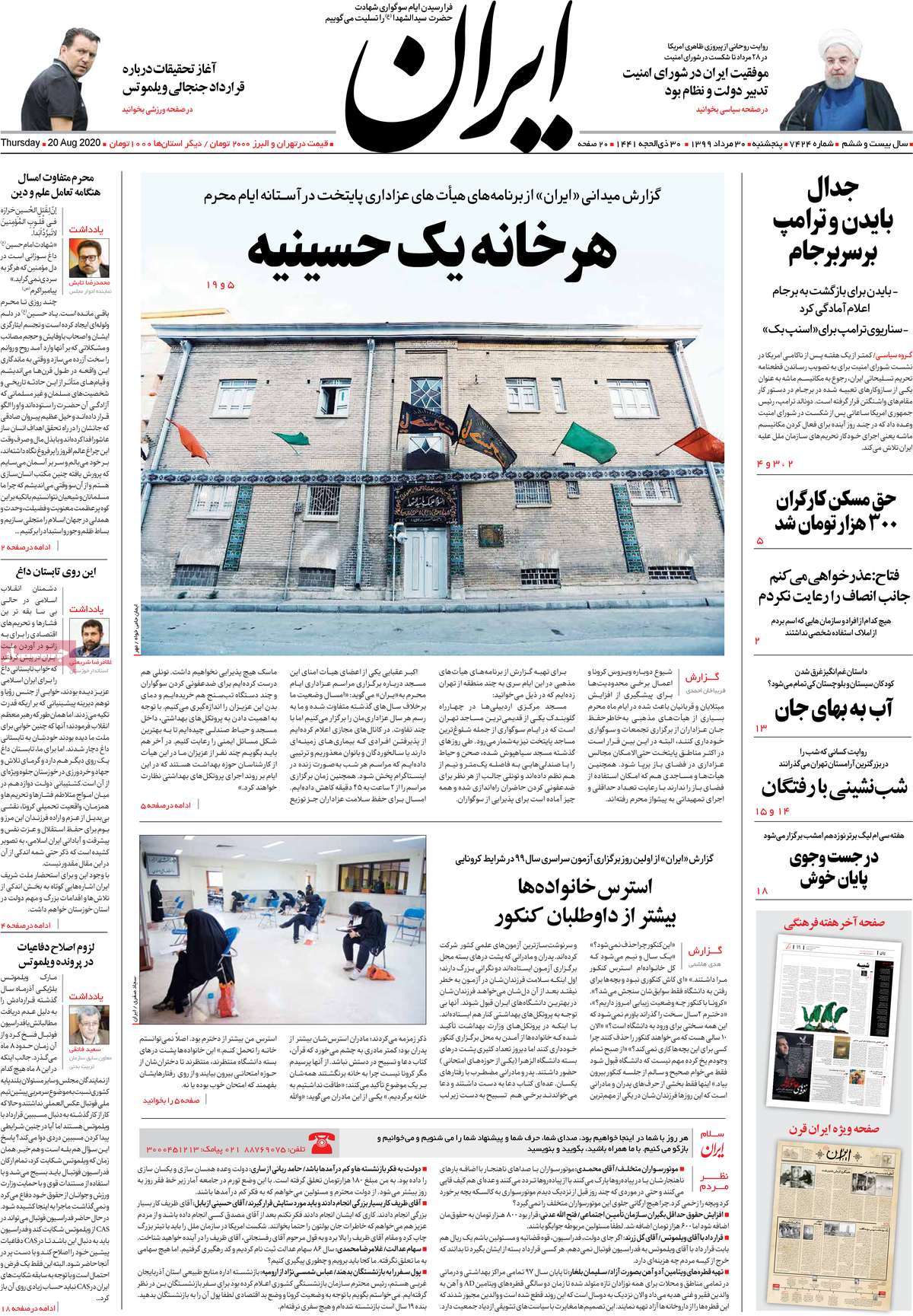 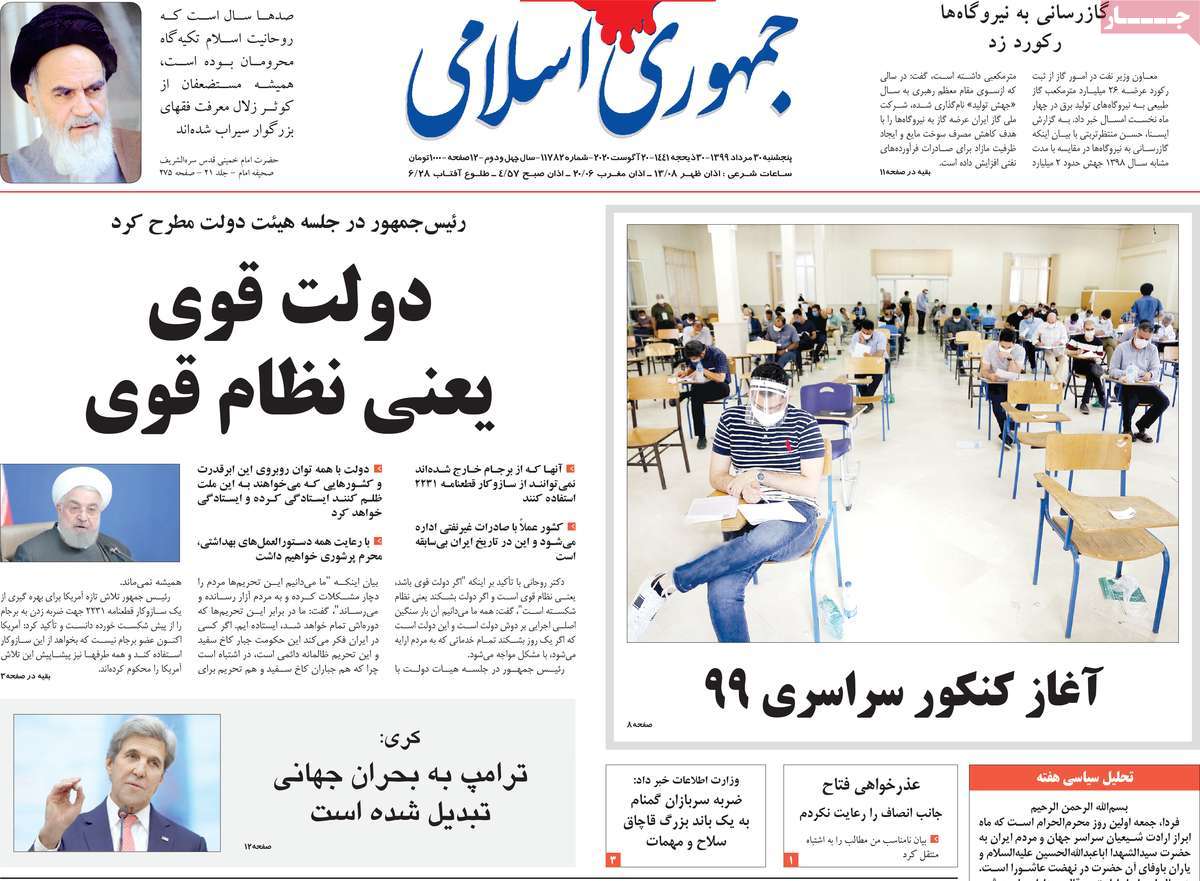 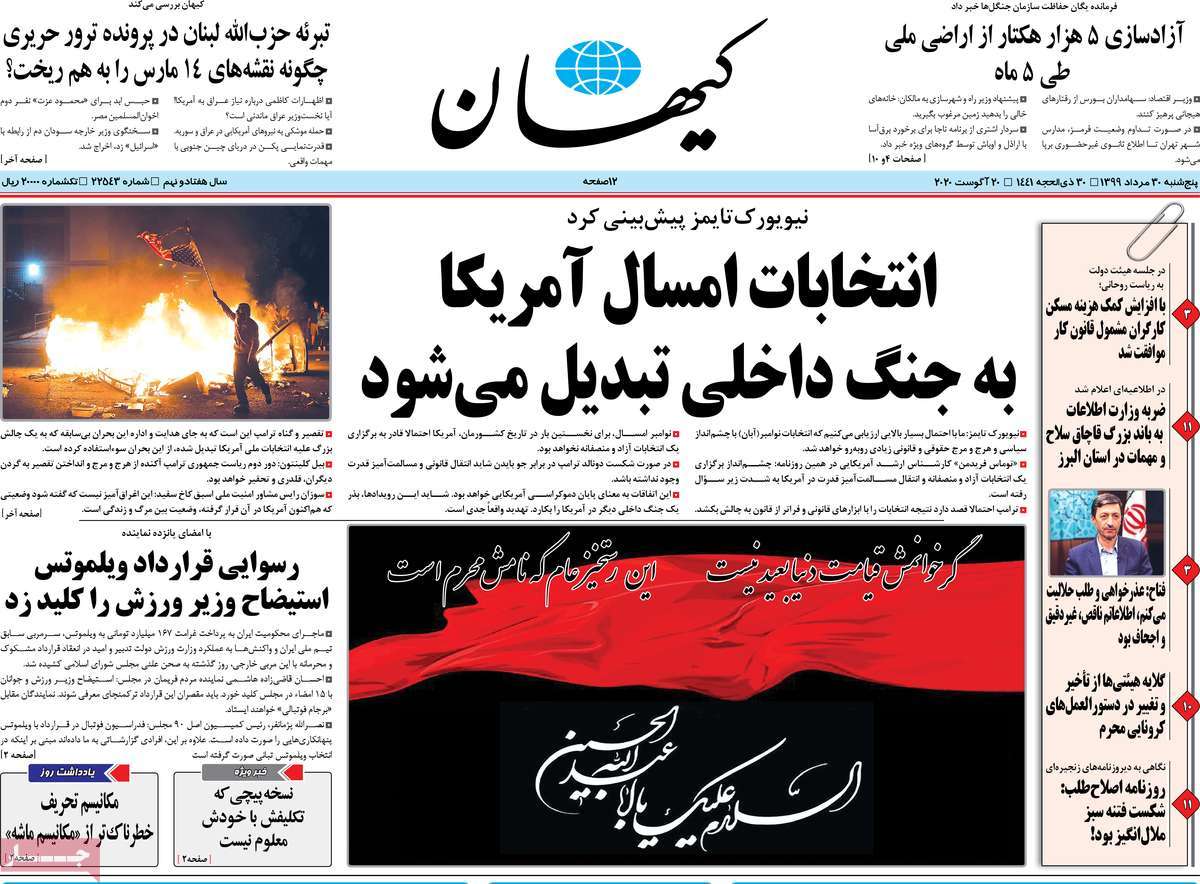 1- Pompeo to Go to UNSC for Activating Snapback Mechanism 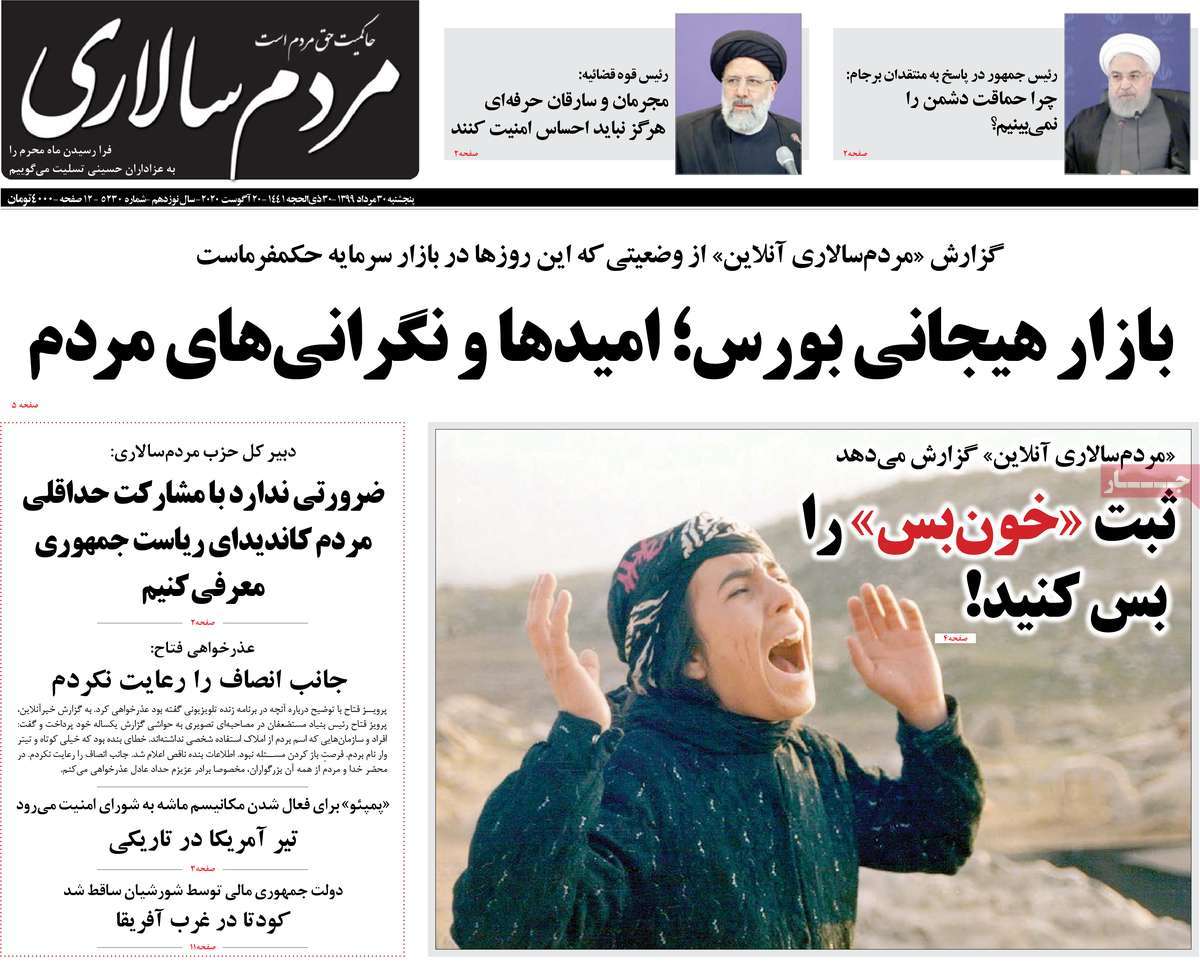 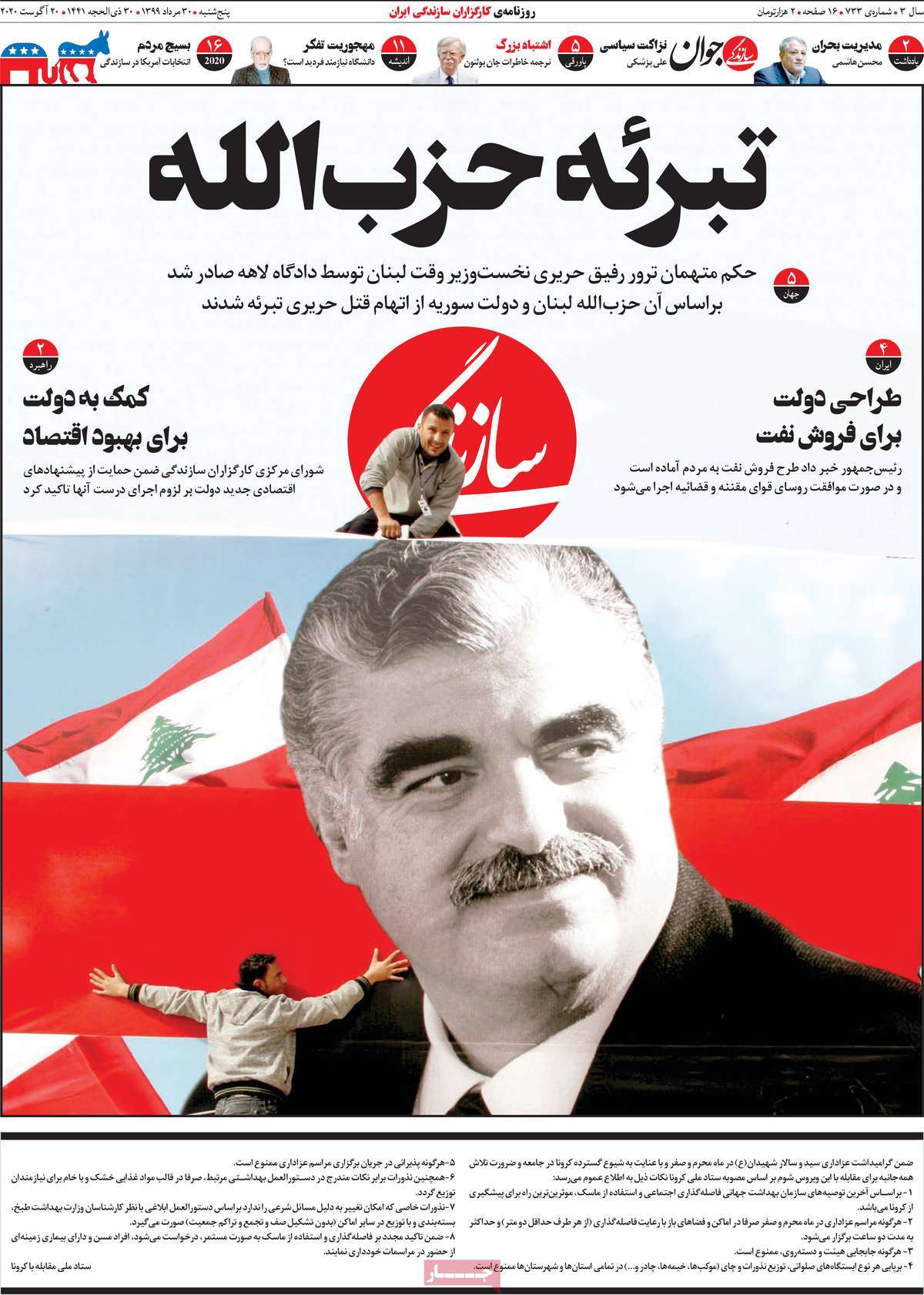 2- Trump Won’t Negotiate with Iran Even If Re-elected: Former US National Security Advisor 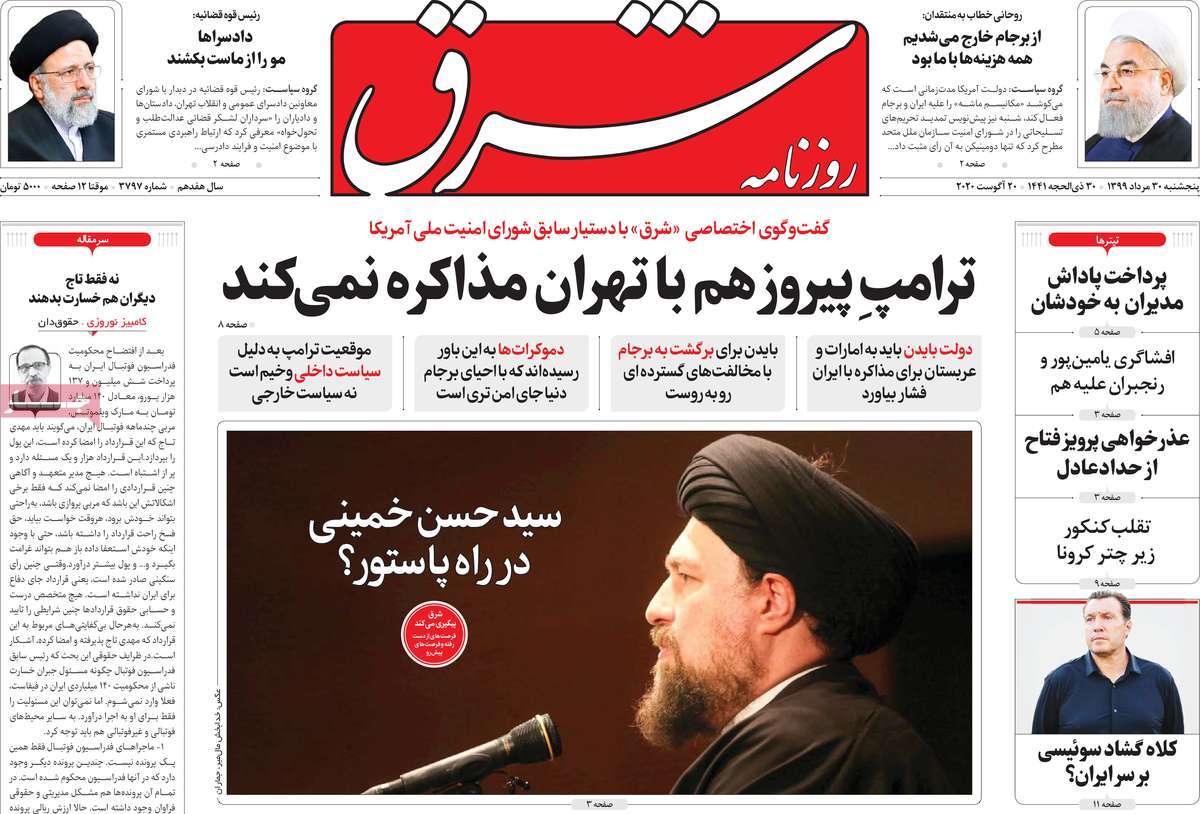