A look at Iranian newspaper front pages on April 7

On Thursday, most Iranian papers highlighted Supreme Leader’s meeting with the Islamic Republic officials. In the meeting the leader underscored his support for any measure that would help solve the nation’s problems. Also, the US mischief regarding implementation of the nuclear deal took many headlines on the day. The rate of unemployment was 11% for the previous Iranian calendar year which ended on March 19, statistics data showed. 667,000 jobs were created during the year and 214,000 new job seekers were added to the population. 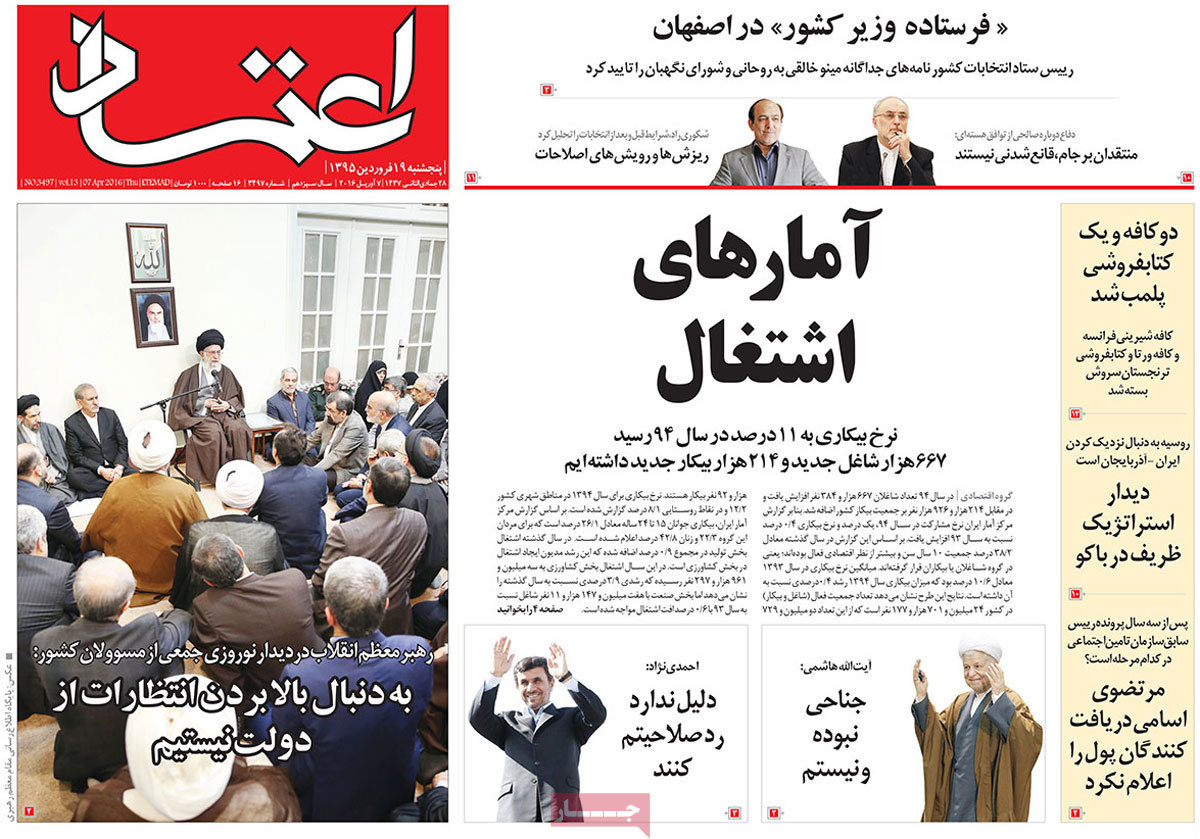 US says will veto sale of Su-30 jets to Iran