A look at Iran newspaper front pages on Jan 26

IFP has taken a look at the front pages of Iran newspapers on Tuesday and picked headlines from 21 of them. IFP has simply translated the headlines and does not vouch for their accuracy. 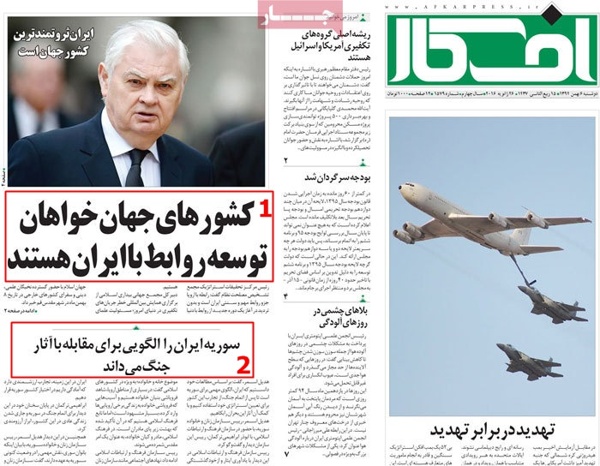 4- Afghani president: We will burry ISIL 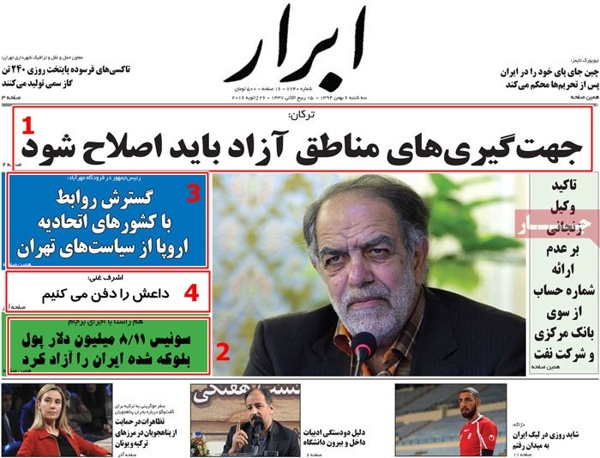 1- Great visit with luggage of peace

3- Production of Italian brands in Iran 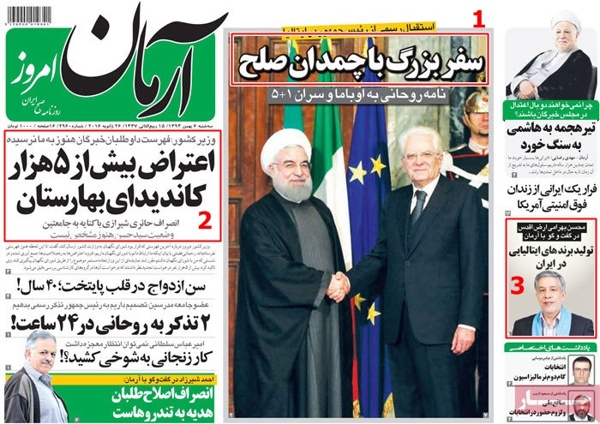 1- FM Spokesman: No changes in Iran – US relations

3- No plans for Merkel visit to Tehran yet 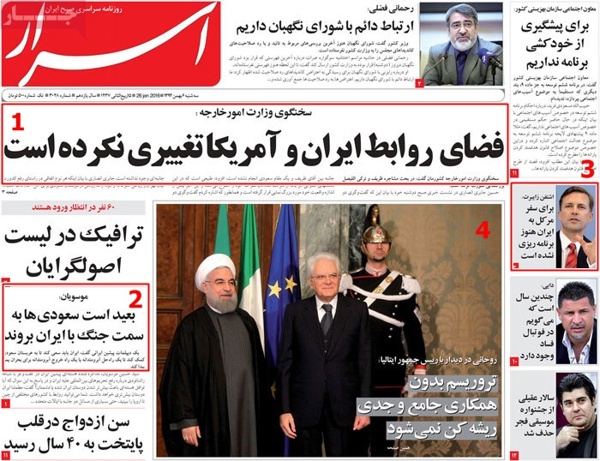 2- Ranking of news websites on agenda 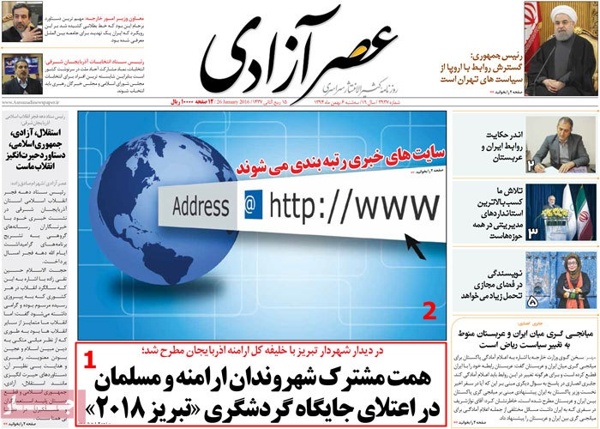 European banks signal concern about US’s reaction to restoration of their ties with Iran. 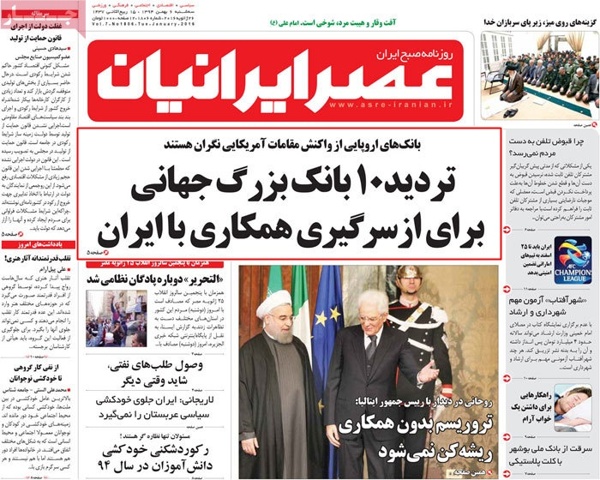 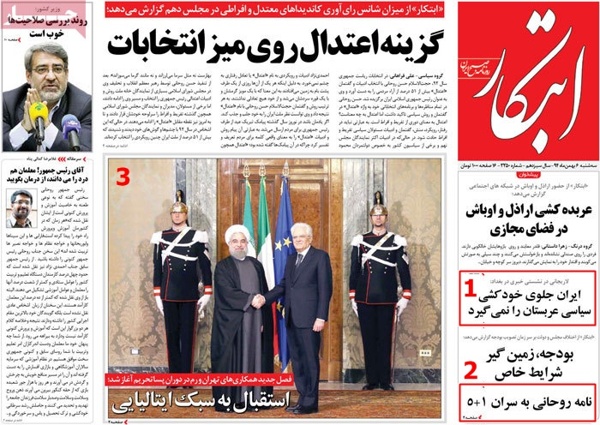 NIOC has signed another deal, valued at $4m, with Italy’s Università degli Studi di Napoli Federico and the Spanish University of Barcelona to conduct geological and geophysical studies for discovery of hydrocarbons in Iran. 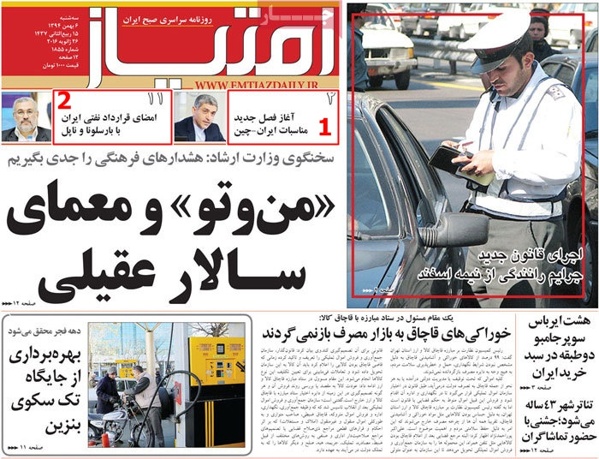 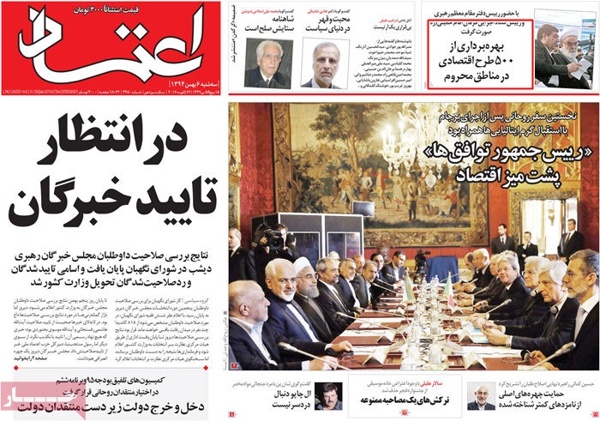 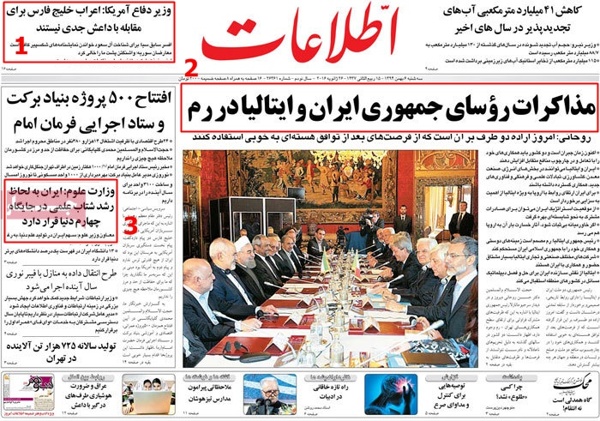 Iran’s ministry of foreign affairs said the US has asked Iran to help find 3 missing Americans in Iraq. 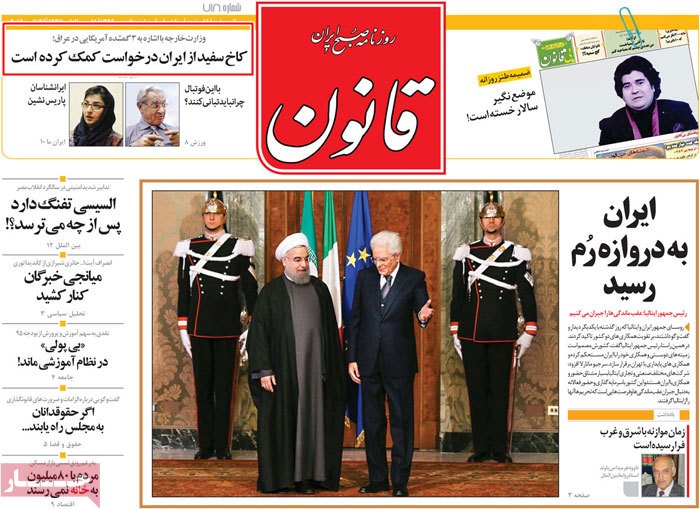 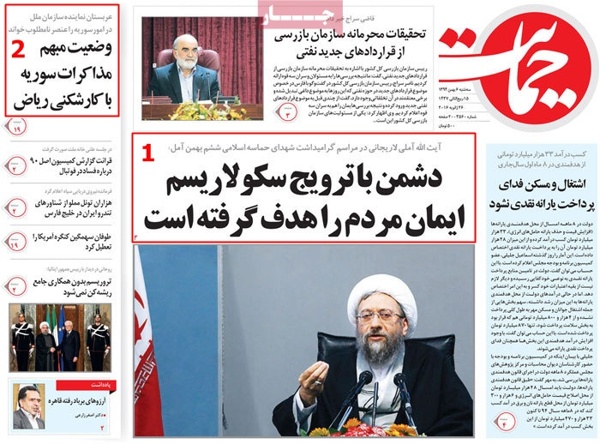 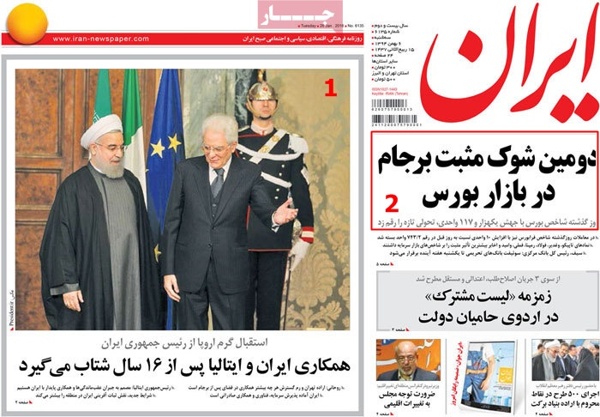 2- US submits to Assad’s right behind closed doors 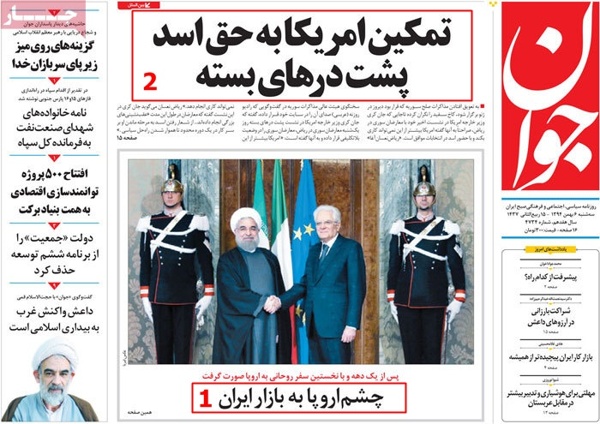 – Rouhani received in Italy by on Iranian carpet 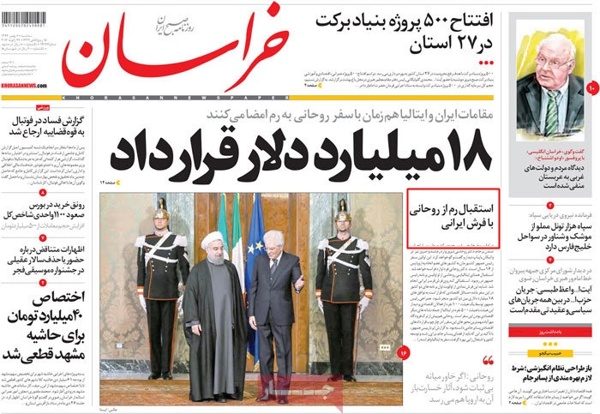 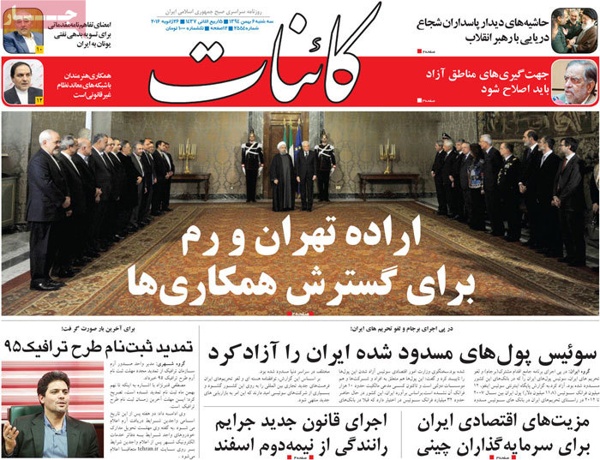 1- The elaborate lie: Omission of reformists from the election campains: analysis 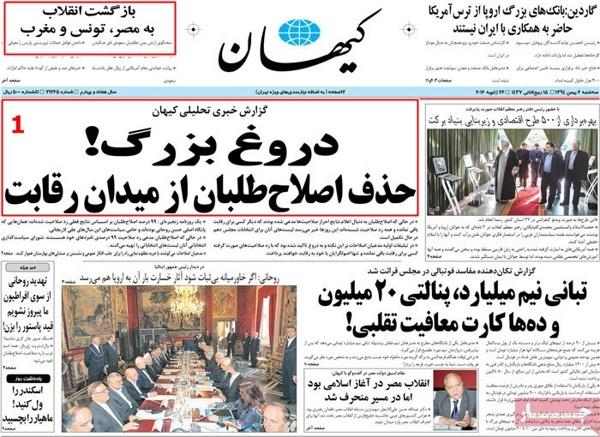 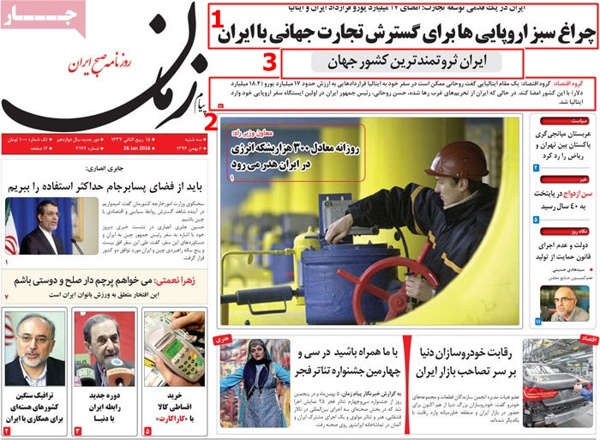 1- Rouhani: Now is time for recovery

2- Majlis Speaker: Iran not at principal odds with Saudis 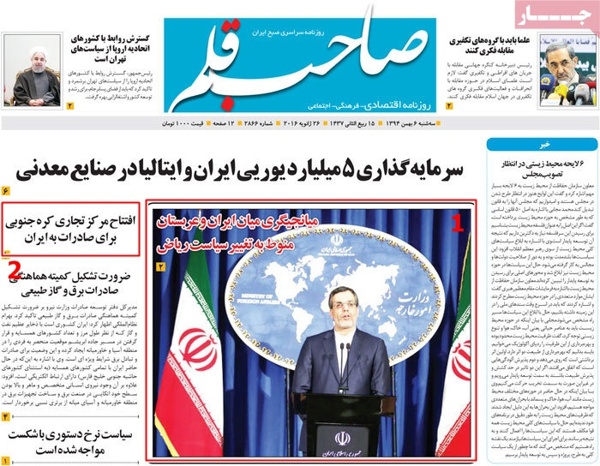 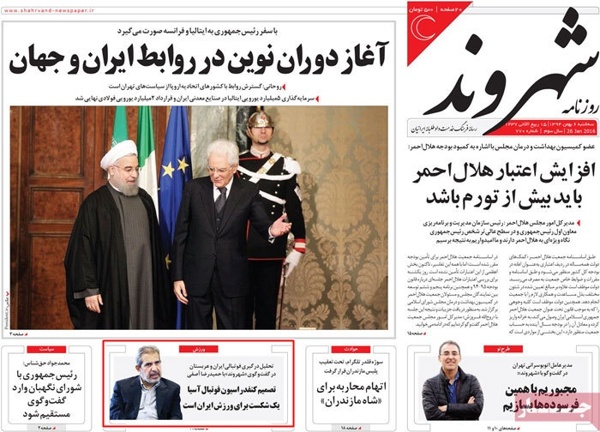