“A Look at Chinese Cinema” in Iranian Capital 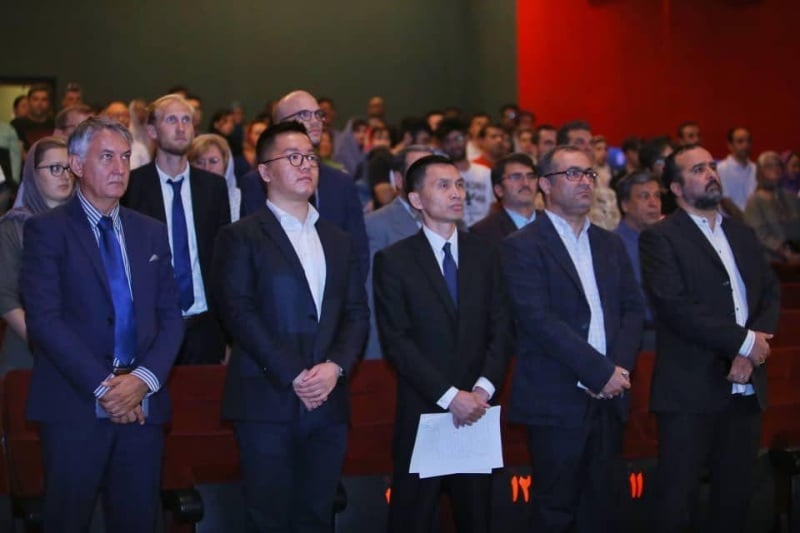 Iran hosted a three-day event during which a number of Chinese movies were screened as part of a plan to expand the two sides' cooperation in the film industry.

The event titled “A Look at Chinese Cinema” was inaugurated on Wednesday in a ceremony attended by a number of domestic and international guests at Cinematograph Hall of Iran’s Cinema Museum, Tehran.

In an address to the opening ceremony, the Cultural Attaché of Chinese embassy in Tehran, Wang Ching Chon, said since its beginning in the 19th century, cinema has turned into an international and popular art form which attracts lots of audiences across the globe, a report by IRNA said.

“Movies increase our knowledge about people’s lives in various countries and expands our understanding of different histories, cultures and traditions, bringing people from various races closer together,” he noted.

Touching on the purpose of organizing such an event in Iran, the Chinese official said the event is aimed at promoting cultural commonalities between Iran and China through the movie industry.

“Aftershock”, “Mountains May Depart” and “The Story of Three Cities” from the Chinese cinema were screened in at least six Iranian cities including Tehran, Shiraz, Tabriz, Kerman and Babol during the event.

He then elaborated on Aftershock movie and said the film revolves around a 7.8 magnitude quake which rocked a northern Chinese city in 1976, leaving at least 250,000 dead and irreparable damages.

“Years after the quake, the city of Tangshan has turned into a glorious industrial city,” he said.

Just like China, Iran is also a seismically active country, he added.

He also expressed hope that the movie could share China’s experiences with the Iranians when it comes to deadly quakes and other natural plights.

Jafar Sanei Moqaddam, one of the board members of Art and Experience Institute, then took the podium and elaborated on the Chinese cinema’s development plan.

“Over the recent years, China has made huge investments in its movie industry through building new movie theatres and producing greater number of films. This provided the Chinese with a chance to watch the latest movies produced in the world in their own country.”

He went on to say that China has managed to export its own culture to the world by screening its movies across the world.

Sanei Moqaddam then referred to the latest international success of Iranian cinema and added as a country with huge cultural achievements in cinema, Iran is interested in expanding its economic and cultural ties with China in this area.

“The aim could be fulfilled through holding movie weeks in Iran and China and launching joint movie productions between the two sides,” he noted.

The event is held as Iran plans to hold Serbia Movie Week from August 22 to 29 in Tehran, Shiraz and Tabriz. Meanwhile, 14 films from 14 countries are expected to be screened in seven Iranian cities from October 13 to 19.