A book on Ahmadinejad’s government has hit bookstore shelves 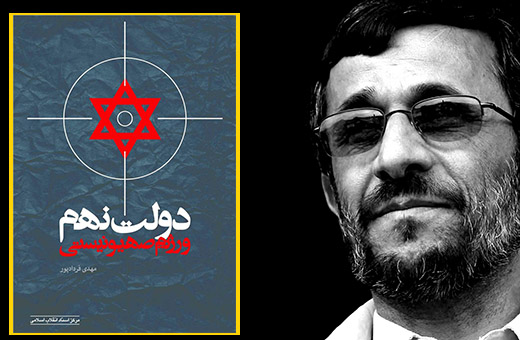 The 9th Government and the Zionist Regime is a recently-published book which looks at the developments of Iran’s foreign policy under Ahmadinejad with a focus on the Zionist regime.

A book entitled The 9th Government and the Zionist Regime, which analyzes the policies of the Iranian government under former President Ahmadinejad in relation to Israel, has been published by the Islamic Revolution Document Center, Khabaronline, a news website, reported on April 18.

The book penned by Mehdi Fardadpour deals with a number of topics, among them: developments in Iran’s foreign policy with regard to the Zionist regime, the foreign-policy strategies of the 9th government and regional policies adopted by Tel Aviv following the rise to power of Ahmadinejad in 2005.

One full chapter of the book is dedicated to foreign-policy strategies of the 9th government, an analysis of its approach to the Holocaust and the reasons behind the president’s doubting it as well as the policies that Ahmadinejad’s government adopted in connection with Iran’s nuclear dossier.

Another chapter addresses the regional polices that Israel adopted after Ahmadinejad took office.

*The 9th government was formed by Mahmoud Ahmadinejad in 2005 after he was elected president. He stayed at the helm of the government for another four years after his contentious victory in the 2009 vote.