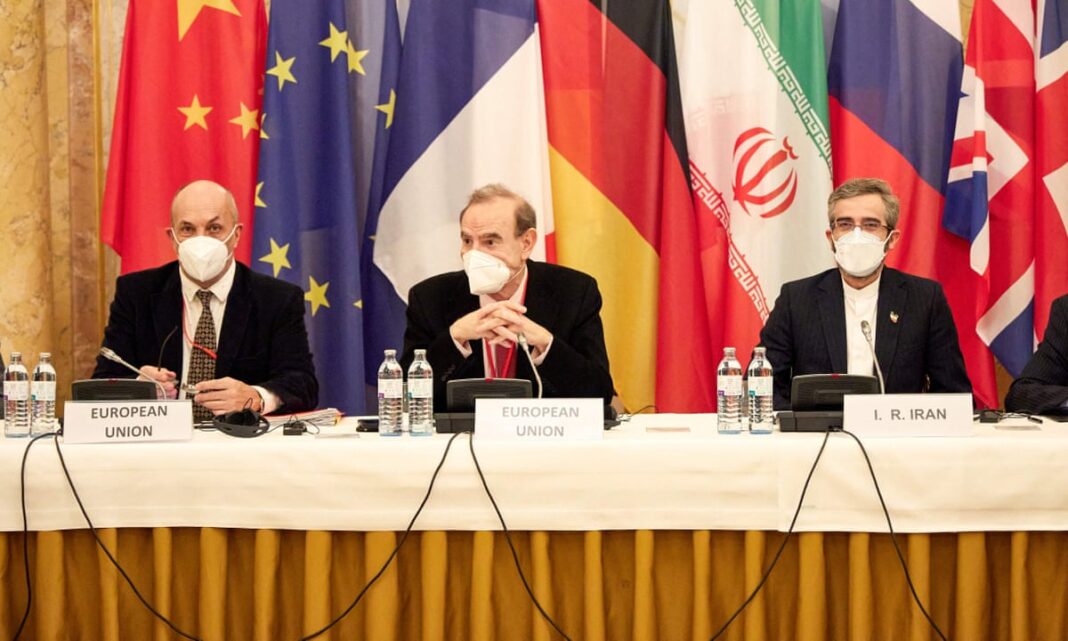 During the last two rounds of talks between Tehran and world powers in Austria, the Iranian team submitted new written proposals, about 80% of which were included in the existing draft, a European source says.

A European source, speaking on condition of anonymity, told the Iranian IRNA news agency, “Firstly, the Vienna talks were supposed to go ahead according to the draft of the previous six rounds. But, Iran’s new negotiating team submitted two written proposals in a new round of talks that began on November 29 in Vienna.”

The source continued, “The Iranian side emphasized that their proposals were based on the six previous rounds’ draft while it contains amendments and new points that after intensive talks between us and the Iranian delegation, the parties were finally able to reach a joint document and agenda of the talks in which 80% Iran’s demands have also been taken into account.”

“Negotiations are naturally very difficult, but as long as they witness a growing trend, they give us hope to continue until reaching a conclusion that is mutually satisfactory,” the source added.

Iran and the P4 + 1 are scheduled to resume talks in Vienna on Monday. The talks last Friday saw a 10-day hiatus for the return of delegations to their respective capitals amid the Christmas holidays in Europe.

Iran’s Foreign Minister Hossein Amir-Abdollahian said on Thursday in a joint press conference with his Iraqi counterpart in Tehran that during the last round of Vienna talks, “We were able to reach a single document and a single agenda [for the talks] after two stages of talks, and this was an important development.”

The Iranian FM also noted about the next round of talks that Iran will pursue serious talks in Vienna with goodwill and seriousness with the hope that it reaches a good agreement and the other parties will adopt the same approach.

In the Thursday joint press conference, Amir-Abdollahian further called for the removal of the sanctions if the western parties are really concerned about Iran’s peaceful nuclear program.